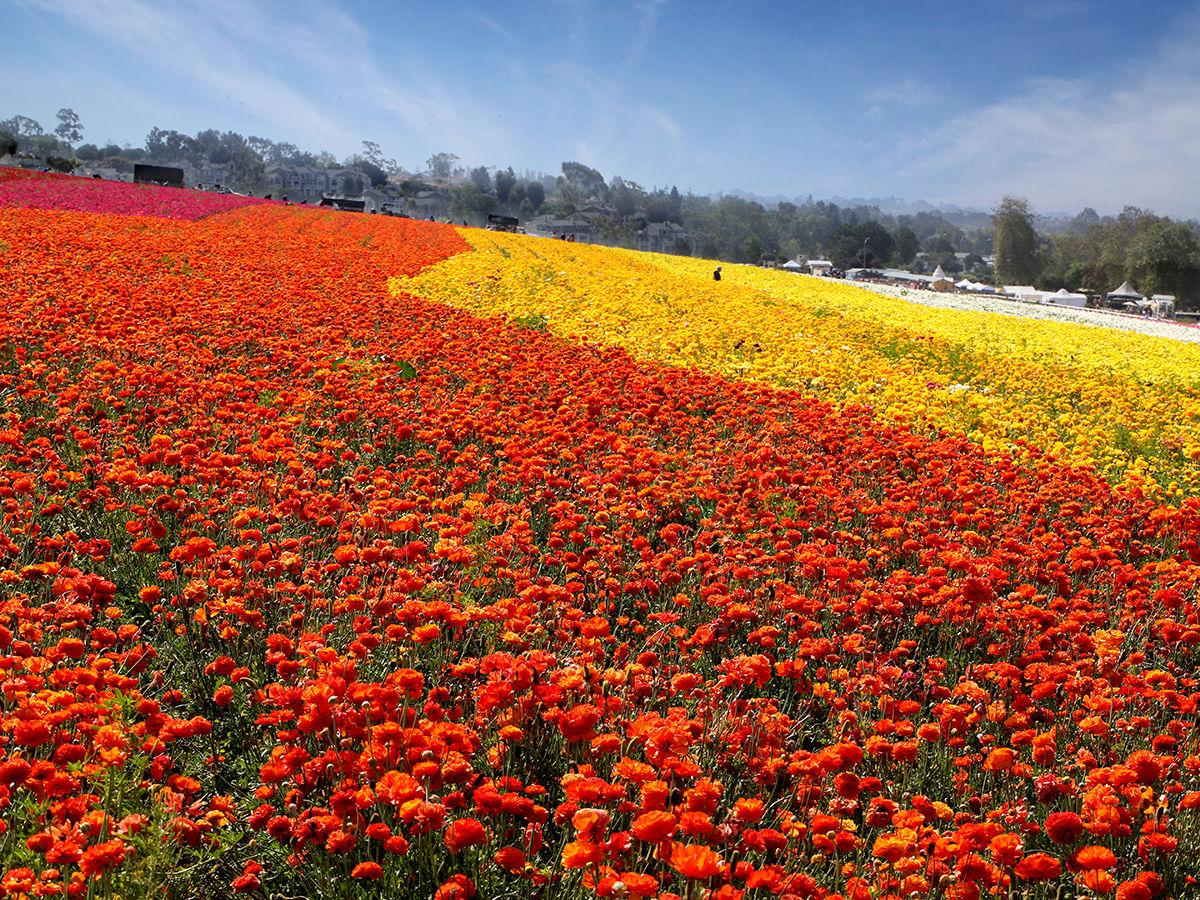 The Flower Fields at Carlsbad Ranch 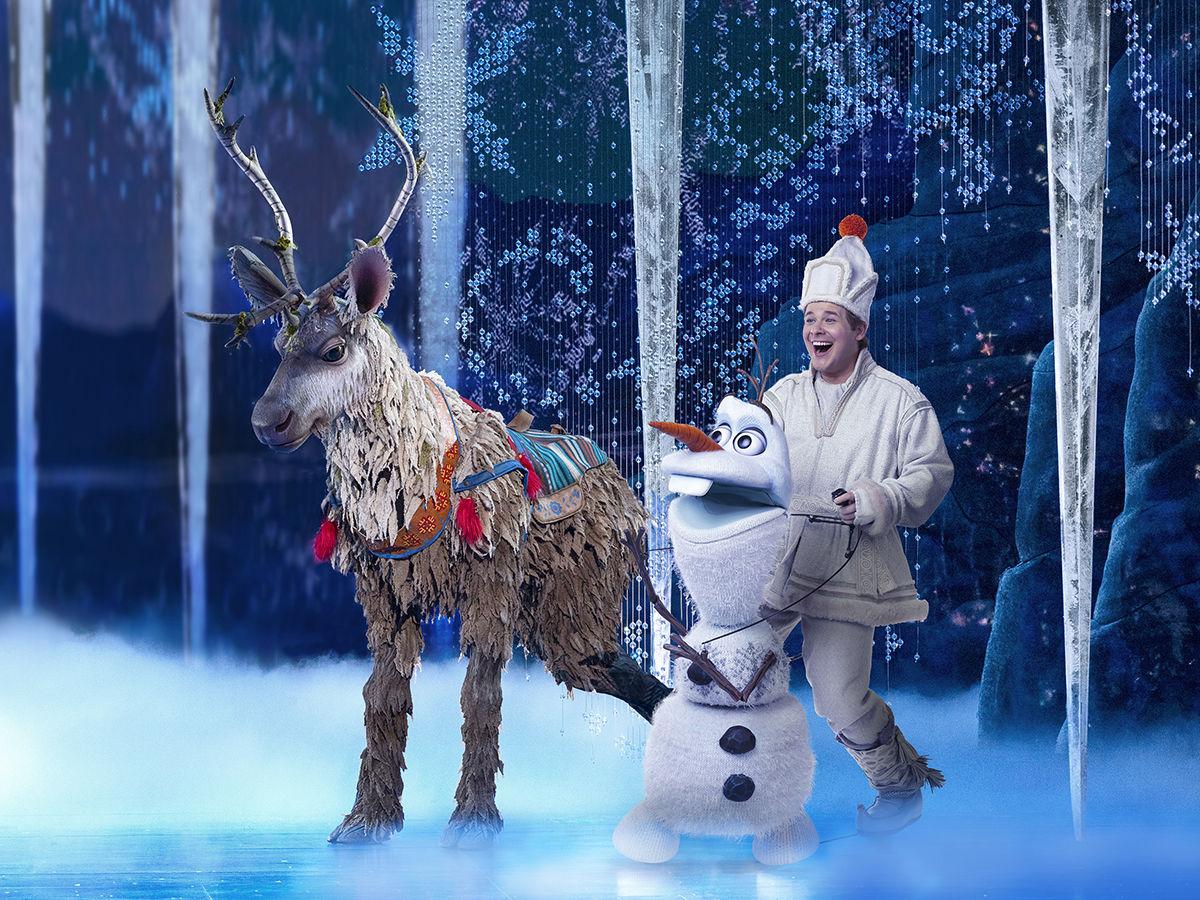 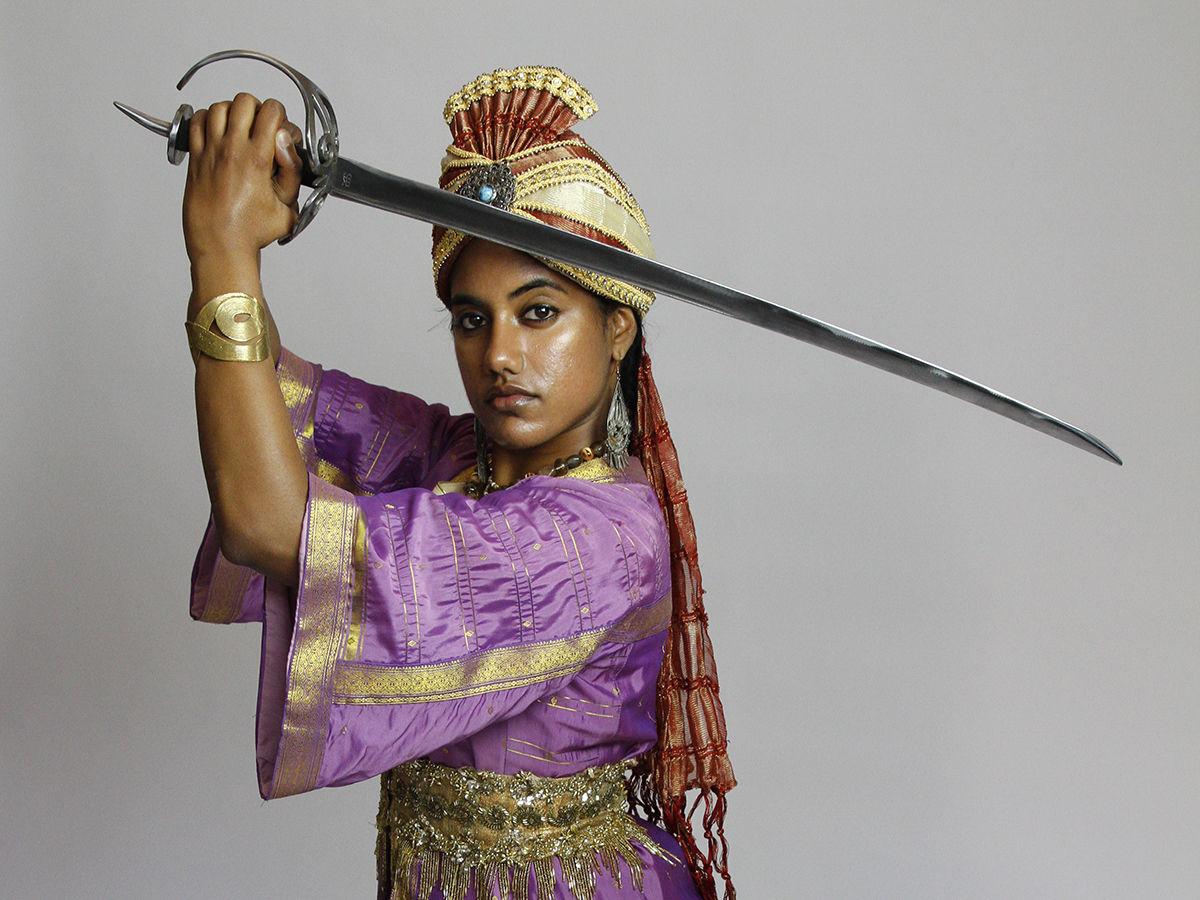 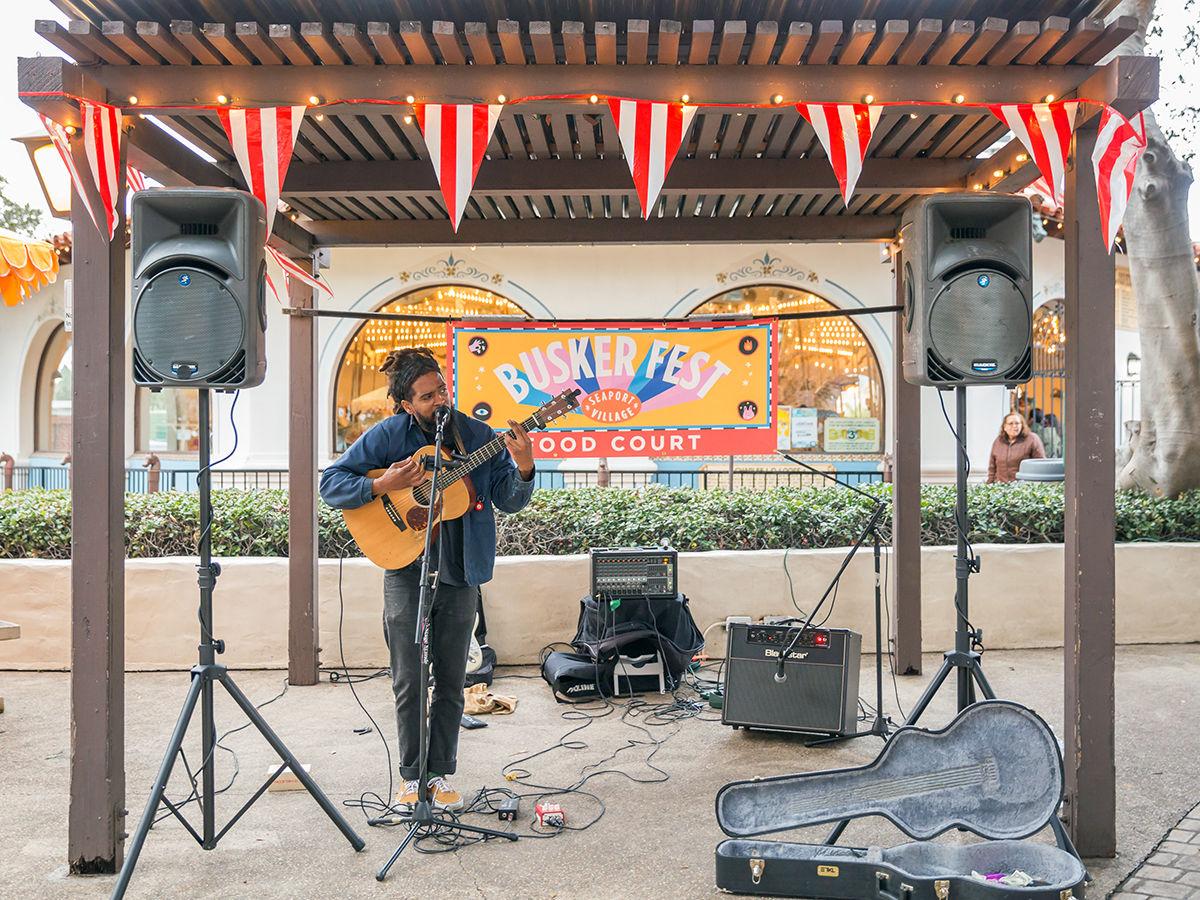 Stop and smell the Ranunculus—all 50 acres of them—in full bloom at The Flower Fields at Carlsbad Ranch (open through 5/10).

Calling all dancing queens for an Abba Mania tribute concert at Balboa Theatre.

House of Joy at Lyceum Theatre tells an empowering story of a female bodyguard in 17th-century India (through 3/29).

Country crooner and longtime coach on The Voice Blake Shelton performs at Pechanga Arena on his Friends and Heroes 2020 tour.

Expect nontraditional perspectives and media in the new exhibit Out of the Shadows: Contemporary Chinese Photography at the Museum of Photographic Arts (through 9/6).

Let your imagination run wild during the nine-day San Diego Festival of Science & Engineering, kicking off with Expo Day at Petco Park.

Street performers from around the world entertain audiences for the weekend at Seaport Village’s Busker Festival.

Bands from across the US and Mexico battle it out at the International Mariachi Festival & Competition in Bayside Park.

Michael Bolton performs soulful hits like “When a Man Loves a Woman” and “How Am I Supposed to Live Without You” at Harrah’s Resort Southern California.

A hilarious introduction ensues when two families with vastly different political views and lifestyles meet before a wedding in La Cage aux Folles (aka “The Birdcage”) at Cygnet Theatre (through 5/2).

Watch your pick of over 160 movies from Latin America, Spain, and the US during the 11-day San Diego Latino Film Festival at AMC Fashion Valley and Digital Gym Cinema.

Celebrate Holi, an ancient Hindu holiday popular throughout India, at the Red Baraat Festival of Colors at UC San Diego.

Cast members from the TV hit Whose Line Is It Anyway? take their improv comedy show on the road for Whose Live Anyway? at the California Center for the Arts, Escondido.

The stage adaptation of Louisa May Alcott’s beloved novel Little Women at The Old Globe is a chance for audiences to fall in love with the March sisters all over again (through 4/19). 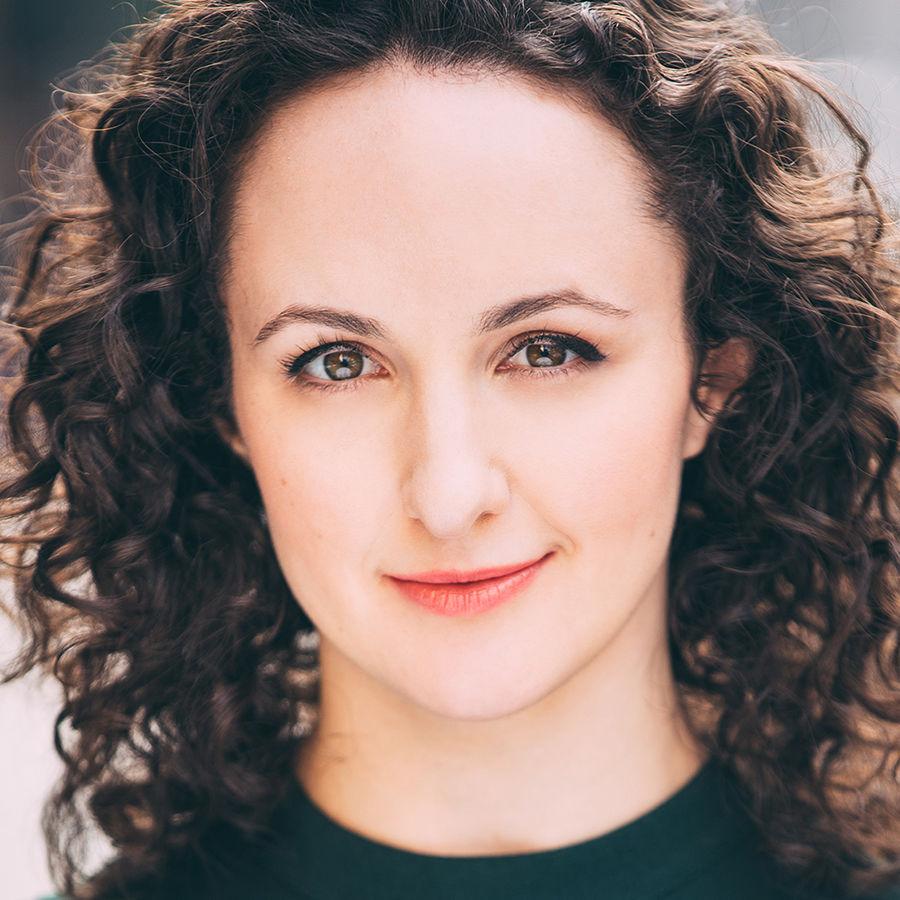 Learn more about The Old Globe’s stage adaption of Little Women in our Q&A with the playwright, Kate Hamill.

Attend the La Jolla Playhouse Gala at The Prado to hear Broadway star Jenn Colella (Come from Away, If/Then).

Take in a classical music performance by the king of waltz, André Rieu and His Johann Strauss Orchestra, at Pechanga Arena.

Head to the Museum of Contemporary Art for their after-hours visual and performing arts event, Downtown at Sundown, which this month features a discussion about the Tijuana River Watershed as a complement to the exhibit Oscar Romo: Recovered Stream.

Get unlimited tastings from over 100 breweries at the Best Coast Beer Fest at Embarcadero Marina Park North, including live music and food trucks.

Join Elsa, Anna, Olaf, and friends at the Civic Theatre for Disney’s Frozen, the Broadway musical reminding us to “let it go” (through 4/12).

Root, root, root for the home team at the Padres Opening Day game versus the Colorado Rockies. 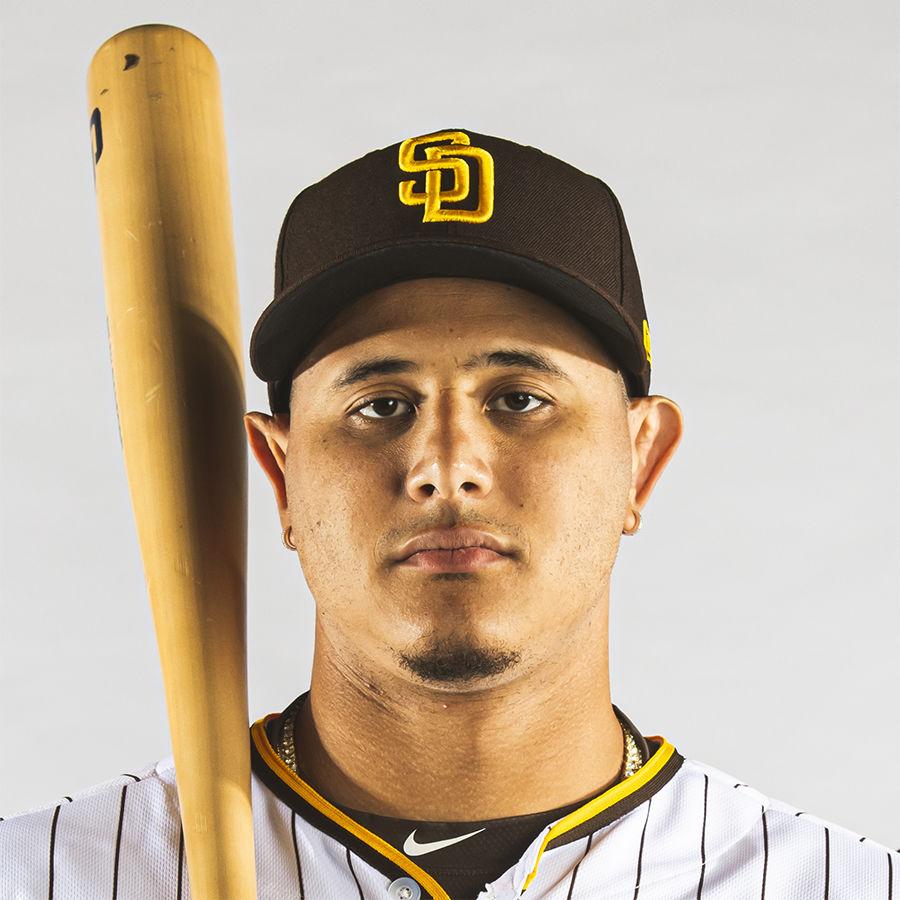 How to root, root, root for our home team vs the Colorado Rockies on March 26.

See your favorite dancers from the hit show Dancing with the Stars: Live at Sycuan Casino.

Sample over 200 types of vino and cider from around the world during the Uncorked Wine Festival at Embarcadero Marina Park North.

Faceless at The Old Globe follows the story of an American teen who decides to join the Islamic State group, and the reluctant prosecutor assigned to her case (through 4/26).

Get acquainted with the traditions of Guam and the Mariana Islands during the 11th annual Chamorro Cultural Festival at CSU San Marcos.

Learn how to make three types of whiskey drinks in the Cocktail Lab mixology class, taught by whiskey educator Dutch House at The Inn at Rancho Santa Fe’s Huntsman Bar.

Sample up to 10 varieties of boba tea drinks in the San Diego Boba Festival at the Taiwanese American Community Center.

Vocal powerhouse Céline Dion performs megahits like “My Heart Will Go On” and “The Power of Love” at Pechanga Arena as part of her Courage World Tour.

Three drink festivals. One month. Odds are you’ll be interested in at least one of them. Here’s what attendees will be thirsting over most at each event.

May the force be with you… The Ube-Wan Blendobi is an Oreo and boba ube smoothie worth savoring, courtesy of Snoice.

Contrary to the wine festival’s name, the canned wines from Babe and Beringer are expected to be all the buzz this year. They come in pomegranate, rosé, grigio with bubbles, and blood orange mango flavors. —Becca Jones

For more recommended events, check out our curated list of Things to Do in San Diego This Weekend.