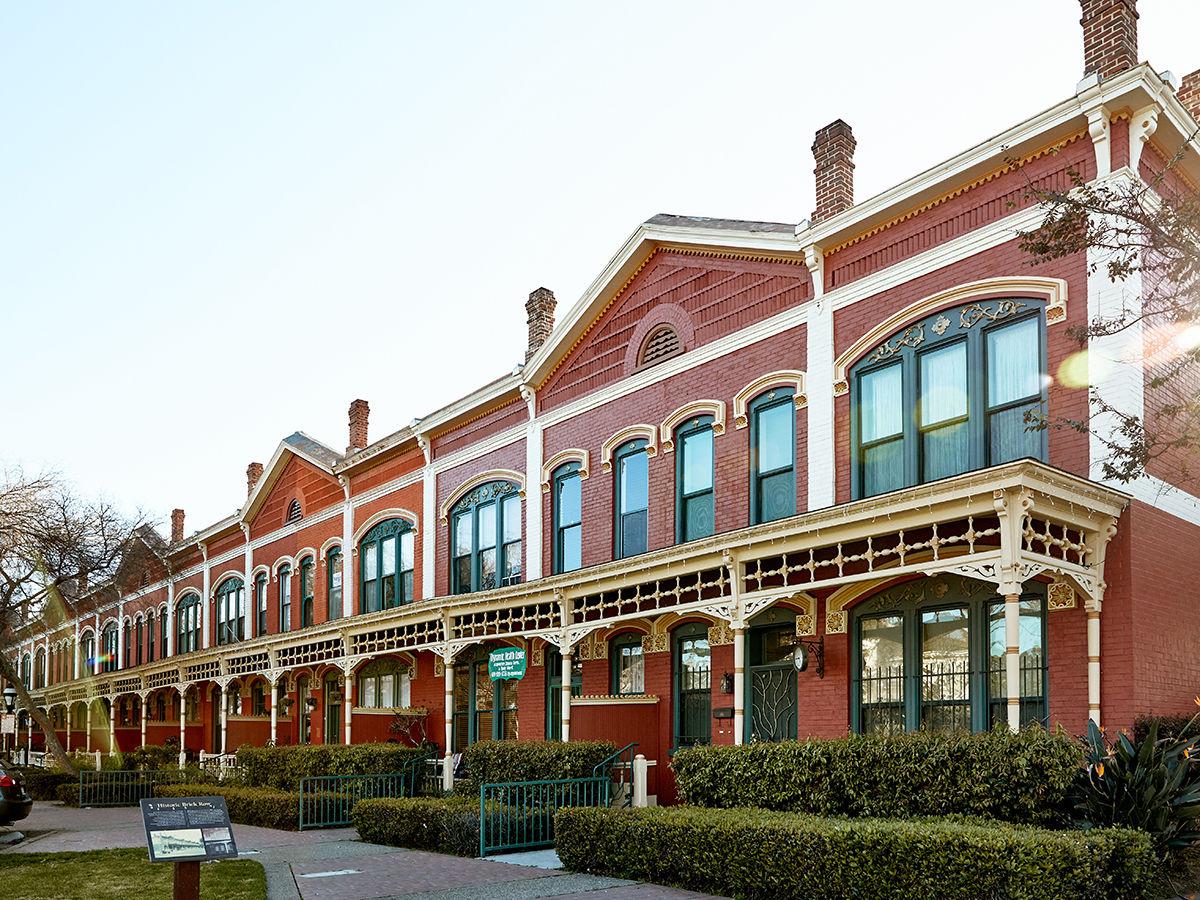 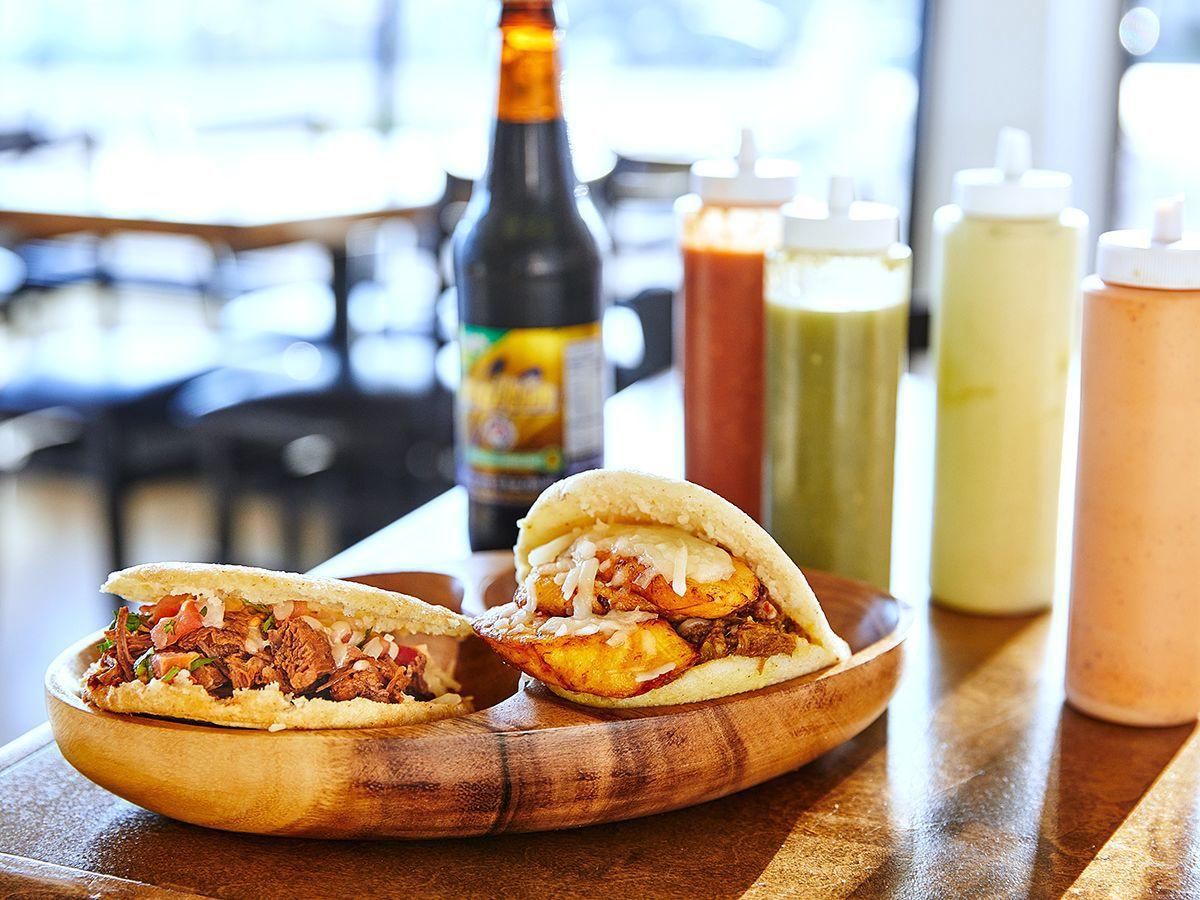 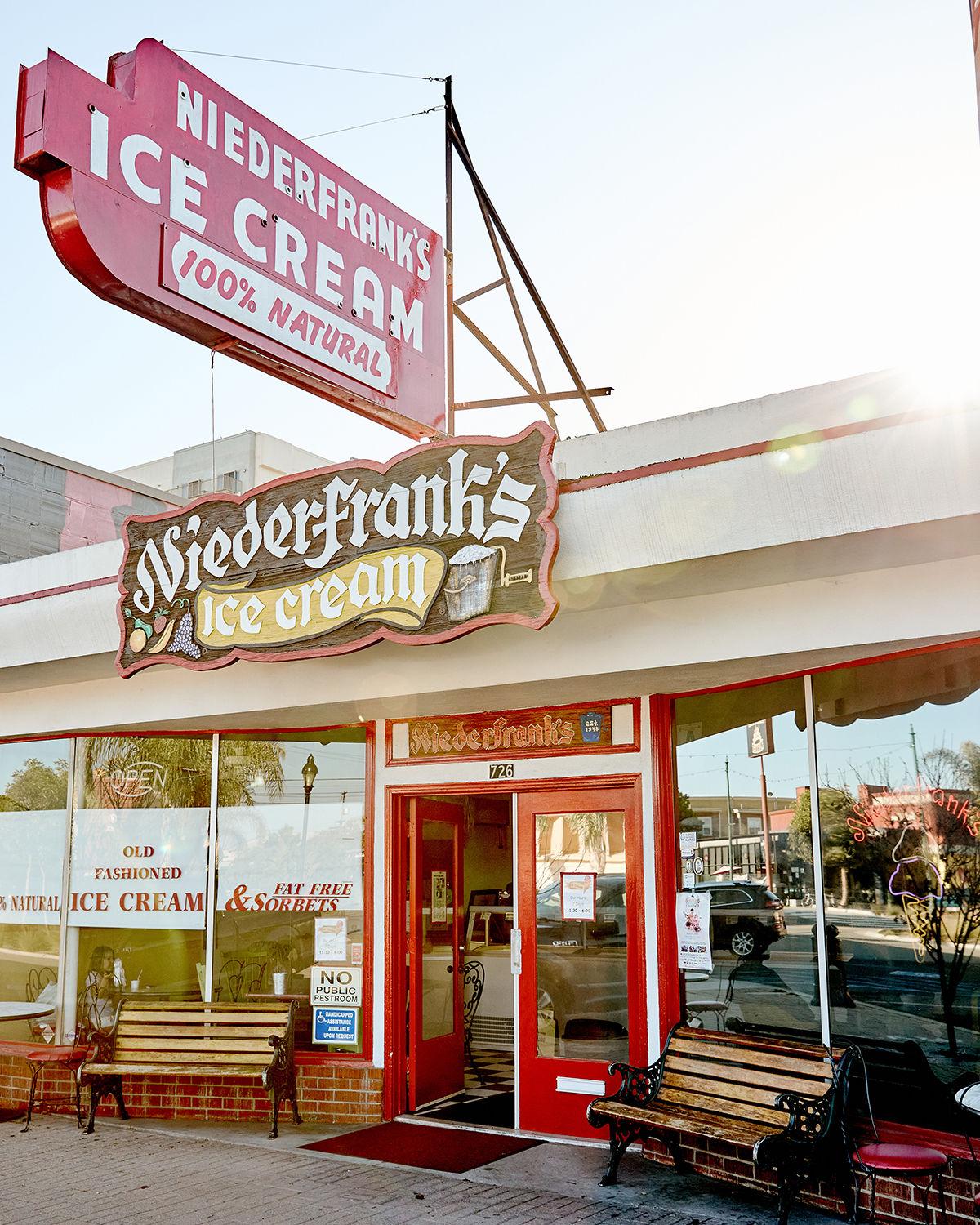 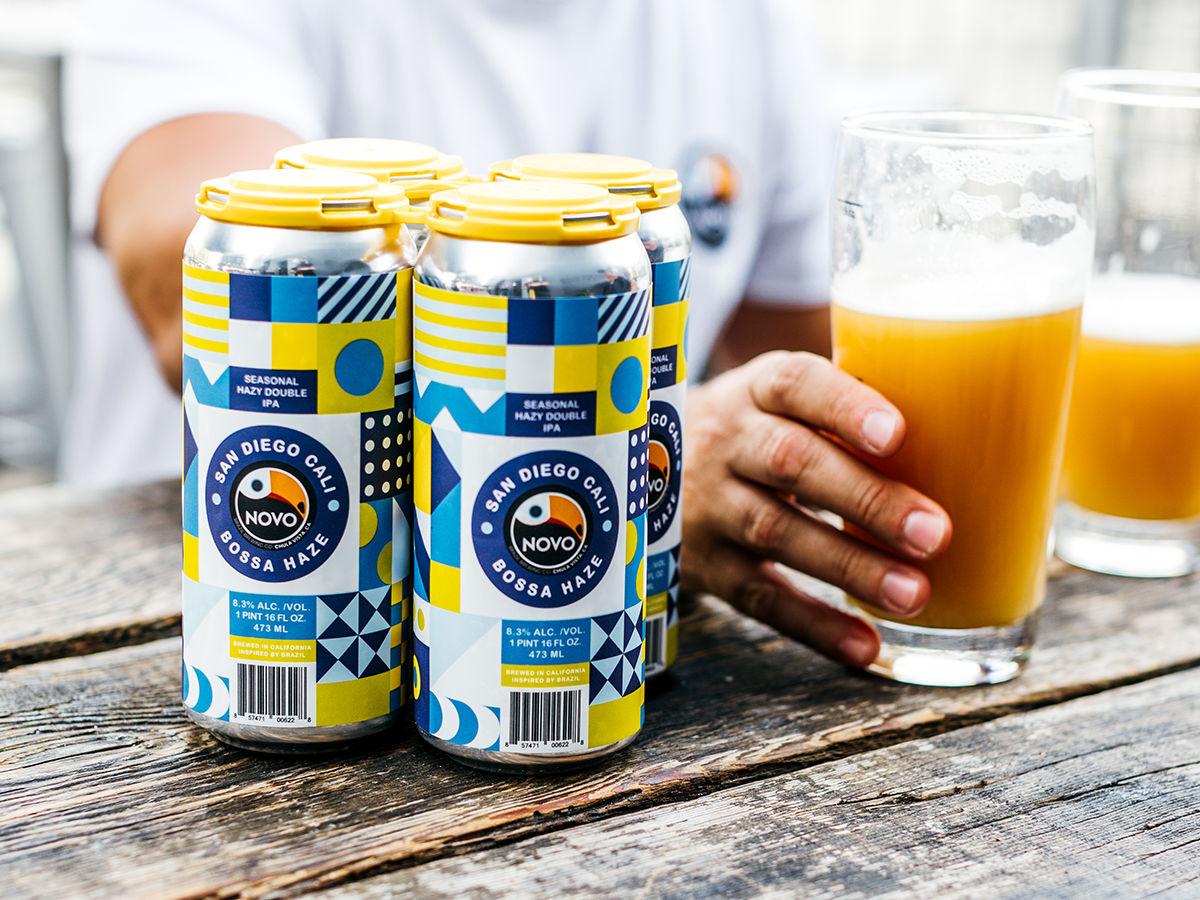 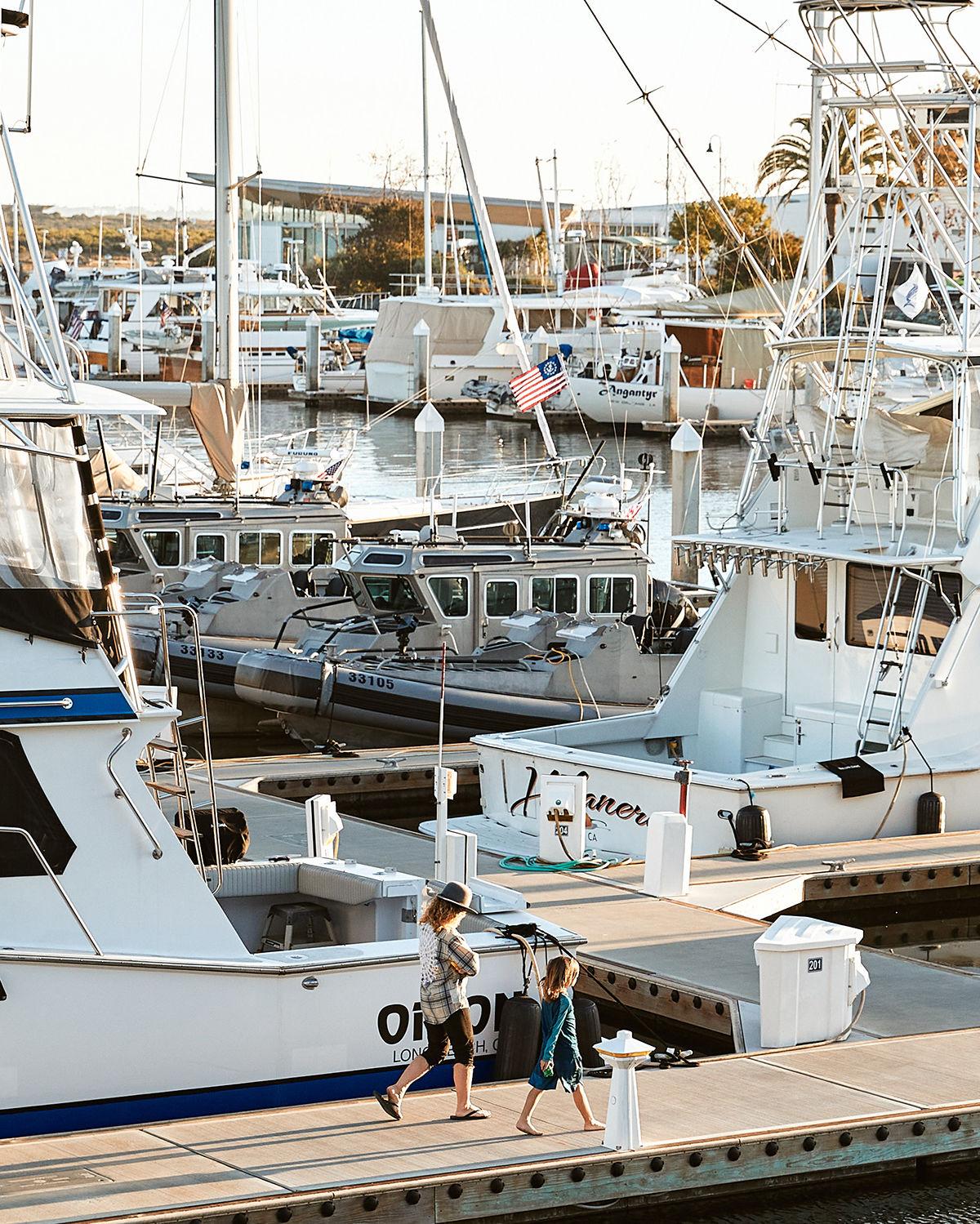 There’s lots of good food and beloved eateries to be found in the South Bay city, one of the most ethnically diverse areas in San Diego. Niederfrank’s Ice Cream has been serving their homemade scoops for over 60 years. A sign at the counter explains that their process is “antique, inefficient, outdated and expensive,” as they use old-fashioned equipment. Try the Mexican chocolate or red mint chip flavors, or even avocado. Takeout is available.

Minutes away is Royal Mandarin, an old-school Chinese restaurant that our very own Troy Johnson awarded Best Chicken Wings—you can order the salt-and-pepper wings by the dozen or get a pan that will feed as many as 50 people. Takeout is available.

New in town is Mi Pana Latin American Cuisine, the only restaurant cooking up Venezuelan dishes like arepas, a split cornmeal sandwich stuffed with everything from shredded beef and fried plantains to beans and cheese. They are open for takeout.

Opening downtown this fall is Market on 8th, a food hall and retail center that will take over the whole block. Novo Brazil Brewing will have a tasting room there, and chef Philip Esteban, who cooked at David Chang’s Momofuku Ssäm Bar and was the R&D chef for CH Projects, plans to open his first solo restaurant, WellFed, there next summer.

Esteban is also spearheading one of the retail projects inside Market on 8th: Wordsmith, a bookstore devoted to the love of food, modeled after Now Serving in LA. He plans to stock the shelves with cookbooks, magazines, beer, wine, and chefs’ tools. The project is a homecoming for Esteban, who grew up in National City, and he says we can expect it to host cooking classes and book signings in the future. The development is part of a larger plan to reshape downtown: 8th and B, a complex of about 100 new apartments, which broke ground nearby.

If you love shopping at dollar stores, the aisles at Japanese retailer Daiso will be your version of heaven. A lot of the housewares, stationery, and home decor items are just $1.50 (and have an adorable aesthetic). Daiso is currently open with reduced hours and enforced social distancing measures.

From Niederfrank’s, walk one block south and you’ll be in Heritage Square, a small street lined by Victorian homes. On the west side is Brick Row, which dates back to the 1880s and was modeled after row houses on the East Coast. On the east side are a few colorfully restored homes from the era.

Pier 32 Marina has an aquatic center, a waterfront restaurant, and quiet piers; it’s a short walk to Pepper Park, a community park with a playground and views of the Sweetwater Channel. The restaurant is open for both dine-in and takeout. The pool is now open, the Jacuzzi remains closed.

Editor's Note: This story appeared in the print edition of our April 2020 issue, and was sent to press before the mandatory stay-at-home order. The story has been updated to reflect the most current information.