Skip to main content
You are the owner of this article.
Edit Article Add New Article
You have permission to edit this article.
Edit
Welcome, Guest
Subscribe
San Diego Mag
Home
Restaurants
Things to Do
Neighborhoods
Outdoors
Getaways
Guides
People
Magazine
Directories
Charities
Share This
1 of 10 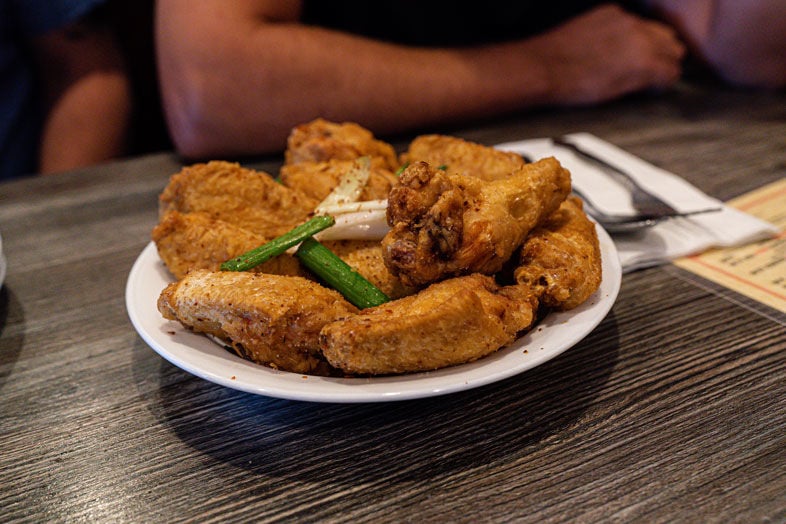 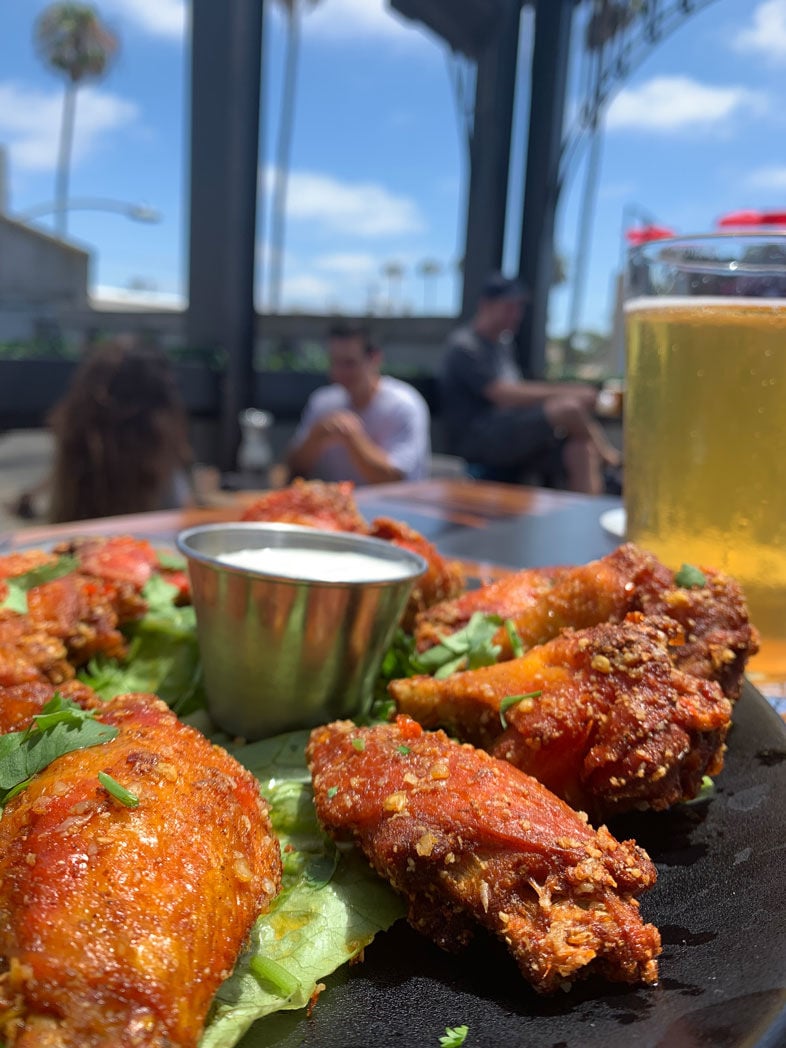 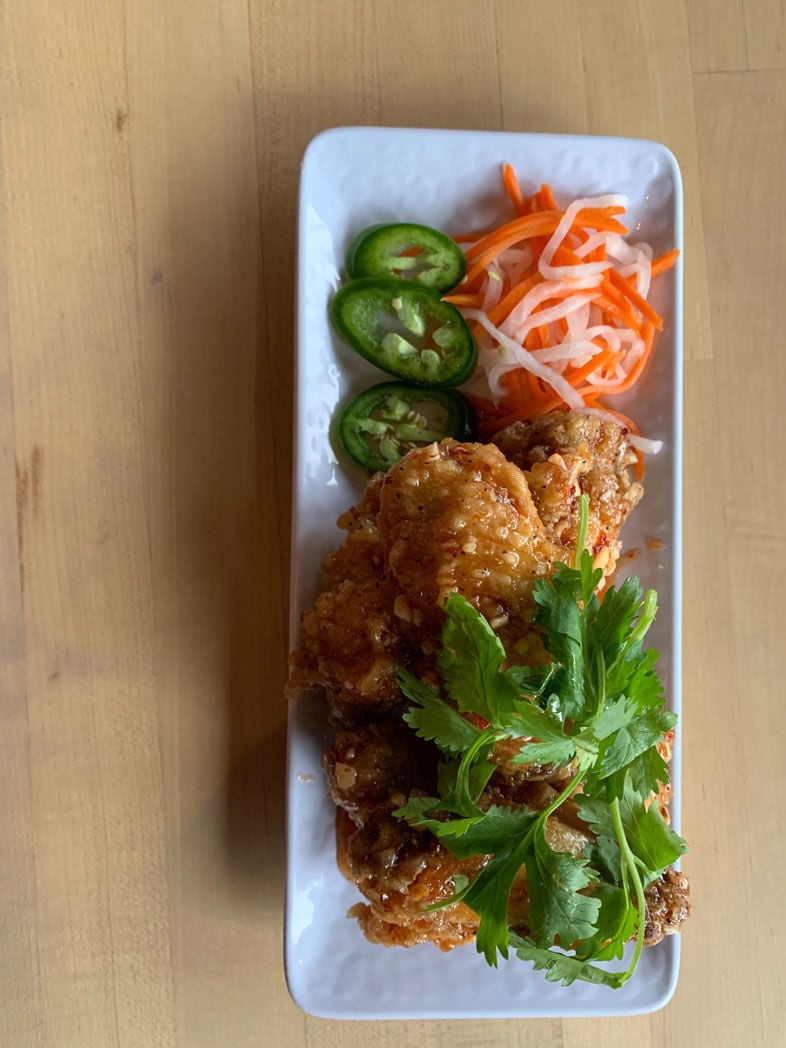 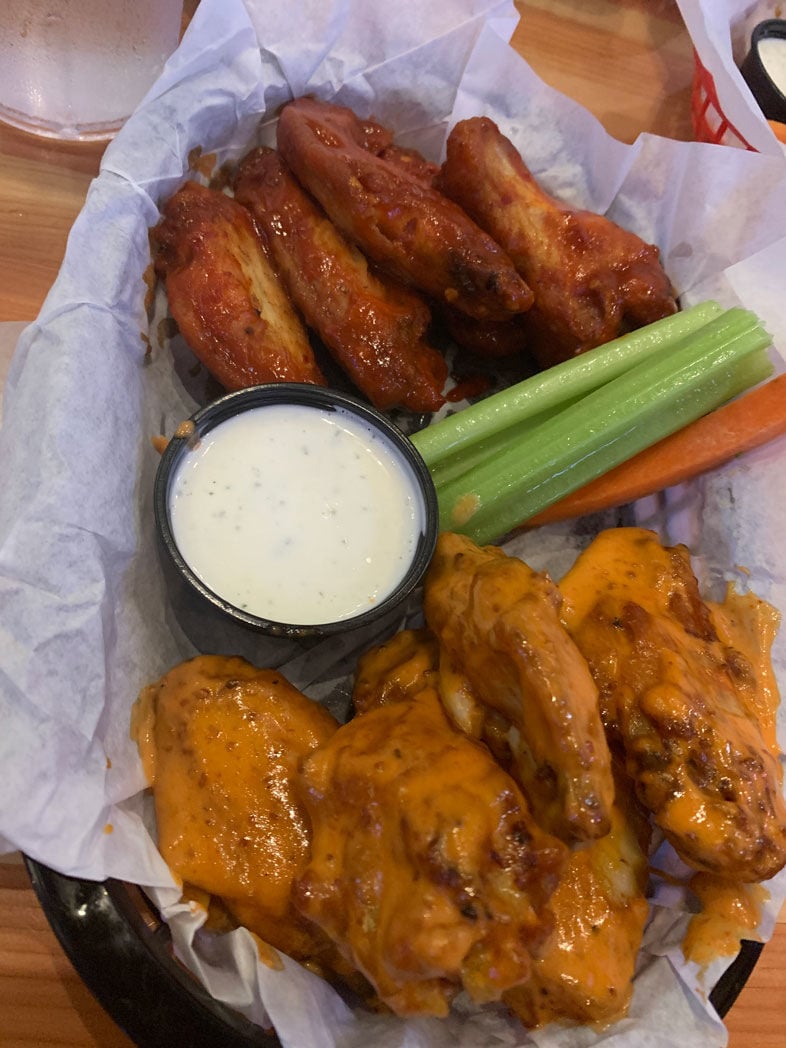 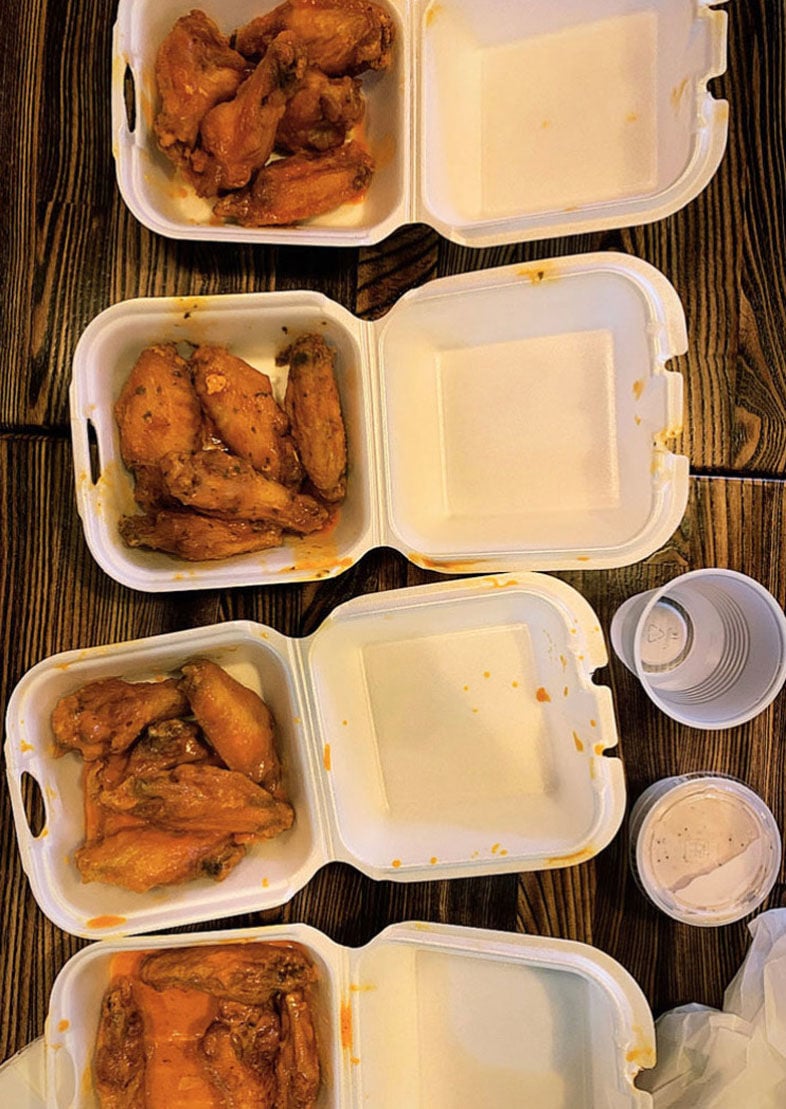 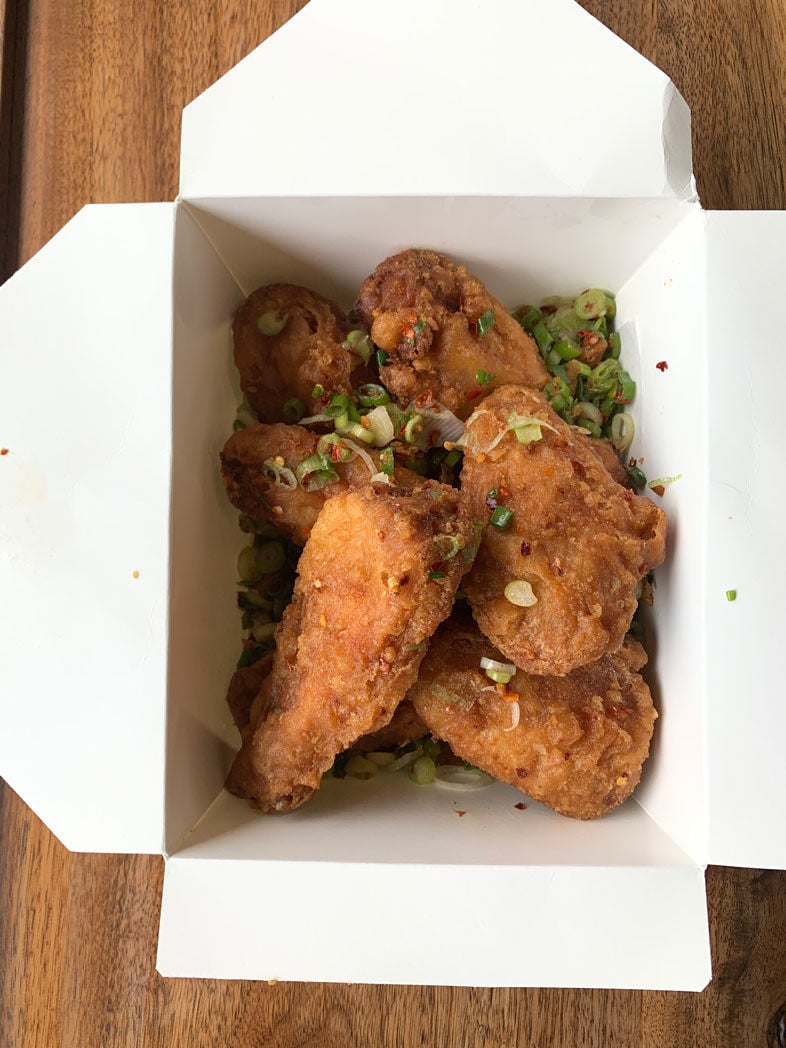 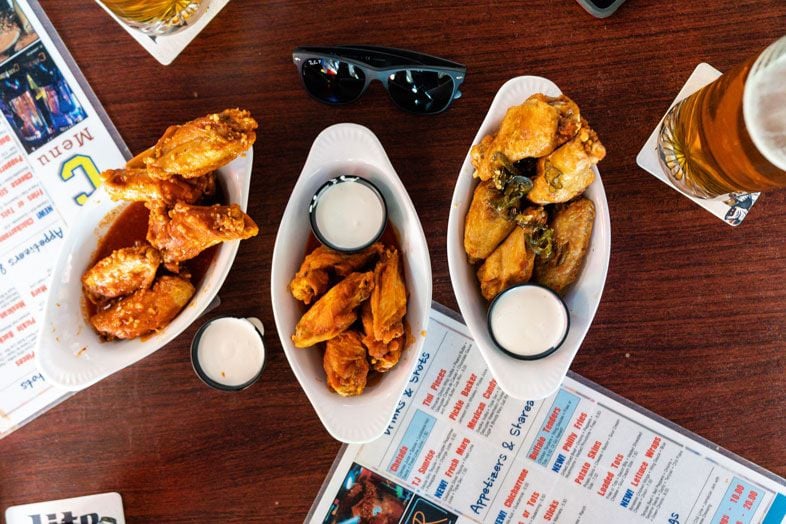 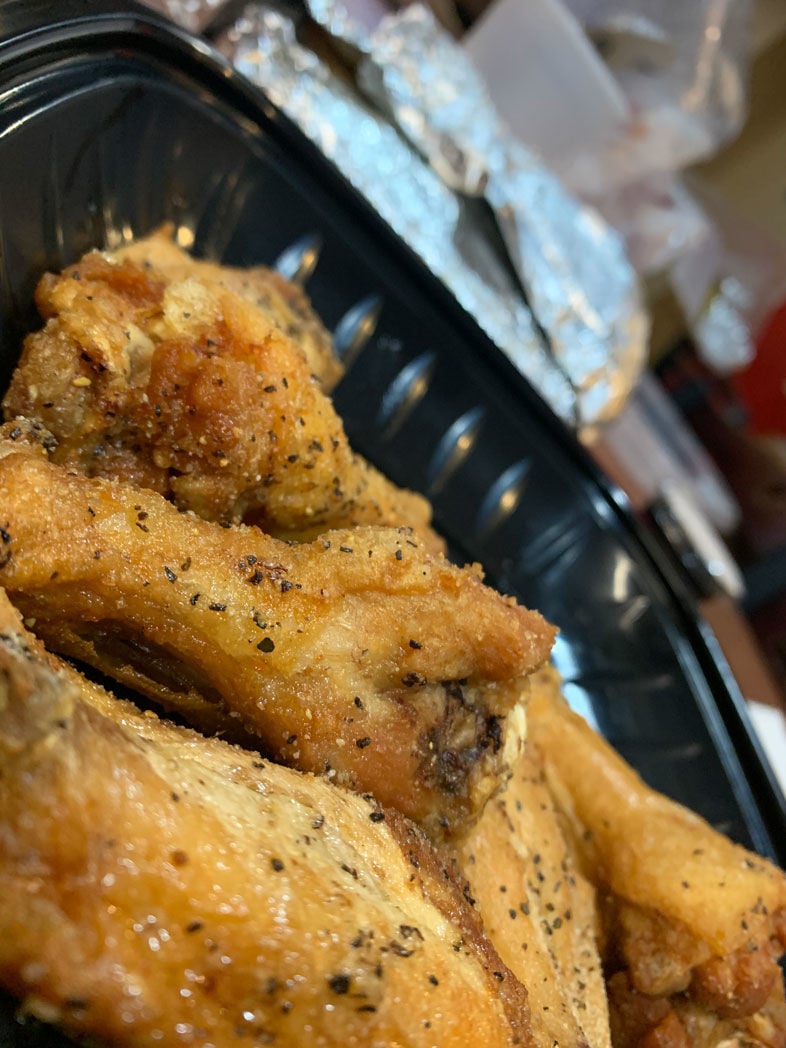 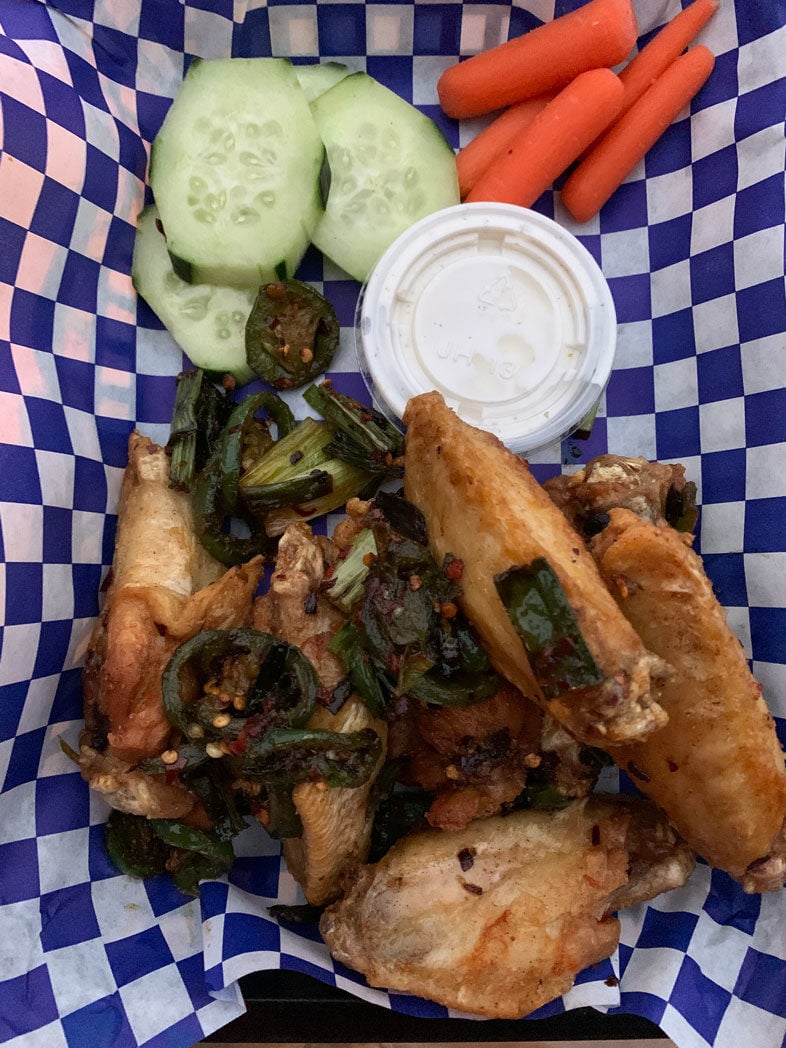 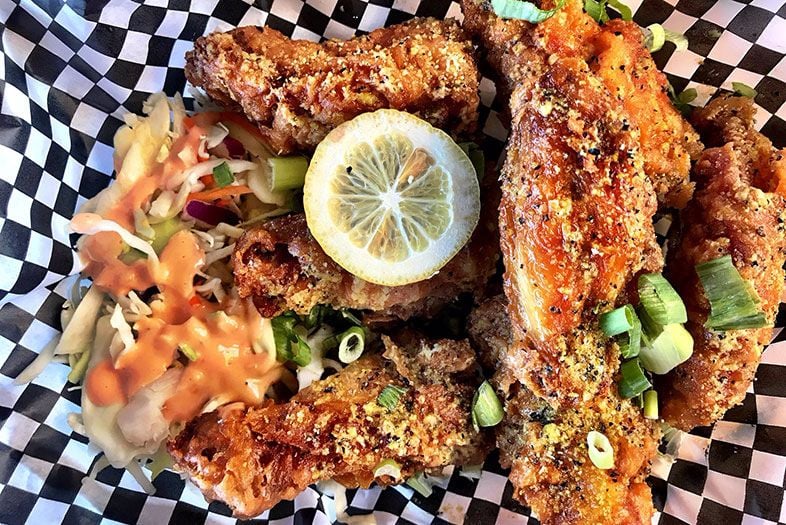 Looking for where to get the best chicken wings to complete your Super Bowl Sunday snacking? Our restaurant critic did all the work for you, here are the 10 best spots for chicken wings in San Diego. This story was originally published in December 2019.

For generations, no one wanted those sad little chicken wings. Cooks in the U.S. would use them to flavor soup stock or simply toss them out—a fact, learned researching this story, that disurbed me at a core, uniquely American level, though in no way surprised me (sustainability, for all its buzzwordery, is a very new mainstream concept).

Then a little bar in Buffalo dropped them in the deep fryer and slathered them in a buttery hot sauce. Wings became a national staple. The lowly wing went from the cheapest cut—a freebie, an apparent nuisance—to the most expensive part of the bird. Last year on Super Bowl Sunday, Americans ate 1.35 billion wings.

Despite not having a team, most San Diegans still recall that the Super Bowl happens every year. So I set out to find the best wings in the city. Should you still support the football arts, and wish to outsource the food for any related parties, this list should help.

I’m not sure the exact minute I began to regret this assignment, but I’m certain I was gazing down at a catacomb of bones. So many of them, delicious and exhausting. It turns out that—unlike my earlier search for the best soup dumplings—almost every single restaurant in San Diego does a riff on chicken wings. To feel good about the depth of my journalistic quest, I felt I had to try at least 15 of them. And now I need salad and a bath.

A few observations on wing culture. First, wing joints are like corporations in that they tend to talk about diversity but don’t really practice it. Some will have up to 60 flavors, but not let you mix and match with a single order. The first place to let you order eight wings—every one a different flavor—will become my spiritual center. Second, there’s a lot of dry wings out there. And wings that are far too sweet. I get it, we’re Americans, we wake up and mainline sugar. But a peace accord must be struck between sweet and savory, and if it leans one direction, I feel pretty strongly it should should be savory ("chicken candy" is not popular, probably for a reason). Third, restaurants that specialize in wings (or barbecue, for that matter, or any messy hand-held food) should be required to plant a tree every week to offset their napkinification of the American landscape.

My methodology: First, I queried food friends and social media friends for their recommendations on the city’s best. Some came up multiple times and could not be ignored. I cross-referenced the rest with a little research, and told friends their diets had been discontinued because I needed help with this. I did not separate Buffalo wings from Asian-style wings. All told, we tried 18 places with a reputation for thriving in the wing arts: O.B. Noodle House, Dirty Birds, Phuong Trang, Cross Street Chicken, Fort Oak, Shank & Bone, Royal Mandarin, Canyon Sports Club, Mandarin Canton, Golden Chopsticks, Epic Wings N Things, URBN, Good Seed Food Company, Tomcat Lounge, Reagle Beagle, Buffalo Wings Star, Bonchon, and City Dragon.

I feel it’s a solid, deeply researched list, but don’t presume it to be the end-all, nor the be-all. I look forward to hearing from readers about the wings I missed. Though the experience has ruined the food for me forever, you must carry on.

Here is my list—in order—of the top 10 chicken wings I found in my spiritual journey:

They are legend. The catnip of every family potluck and birthday party in National City, and famous throughout the city among wing aficionados. And they are still, 40-plus years later, intoxicating. The best I found. One major key to a good chicken wing is to render the fatty skin, to transform it from blubber to an almost snack-chip crispness. And Mandarin’s make an audible crunch as you bite, like a chicharron. But it’s the seasoning in that prairie-brown coat, flecked with crimson pepper flakes, that sticks with you—not just salt and pepper but a bass note of spices and umami. I have no idea if Mandarin uses MSG, though I feel very strongly in my soul that they do, which partially explains the primal yes-ness of the flavor here (don’t worry, study after study after study has proven that MSG is not bad for you). Large segments of fresh green onions are nestled between the wings—a sharp, green spike of acid that’s perfect foil to the deep fry.

My long-standing winner for best wings, though one I had to admit was upstaged just ever so slightly by Mandarin. They are unlike any wings in San Diego—wok-fried in a combination of chiles and peanut sauce. Those flavors are then baked into the wings, so the wings are served crunchy and moist, the reddish-golden brown color of a good steak. Occasionally the kitchen will cook them too long, and they’re a tad dry, but not often, and there’s always blue cheese.

The best of a particular type of Vietnamese-style wings—a somewhat sticky, sweet-and-spicy wing, underscored by that incredible umami only fish sauce can bring. I really, truly thought this space would be occupied by one of the best Vietnamese restaurants in town, Phuong Trang. But Phuong Trang’s were so sweet that they actually stuck to the plate as they cooled, like a caramel apple. Shank & Bone’s struck the perfect balance of sweet-and-savory.

This little strip-mall wings joint may look like a national chain, but it’s a one-off from a local (at least at this point). And their Mexican riff on Buffalo-style wings were our favorite in the Buffalo category. Try their mango-habanero (sweet and heat), or their chipotle, which brings a little smokey-spicy campfire vibe to the party. Tip: Order extra sauce, because theirs doesn’t stick to the wings as well as other places.

A few wing fanatics demanded I go here, and their "Spicy Dragon Wings" are fairly excellent—golden brown, crispy batter and skin, well seasoned and served with a confetti of chopped green onions and peppers and garlic. Between these and Shank & Bone’s, North Park is a wing destination.

This was a shocker. I expected less than zero from the San Diego-based wings chain. I was merely trying to check a box and not be accused of only including indies. Skip the Buffalo wings and go straight for their lemon-pepper option. Not sure what exactly they’re seasoning them with, but it’s a potent, tasty blend of spices and herbs, and the recipe should be guarded like KFC’s famed mix.

Those in the know, know. It is forever nighttime in this strip mall bar in Mira Mesa. You will almost undoubtedly be the only one in the room who hasn’t been a lifelong friend. A regulars’ joint through and through. But their wings, without batter, have glass-shattering skin and good seasoning, served with a medley of sauteed greens and jalapenos.

A hip Korean fried chicken wings concept with craft beer and a rare covered patio on Convoy. Though the server will direct you to the Seoul Spicy wings or the garlic-soy, I couldn’t get into those, the flavors not melded enough, more bold than balanced. But their lemon pepper wings are excellent, partially because they do it right and lean into the "pepper" in that equation, so that it almost eats like a deep-fried chicken carbonara.

Not a fan of buffalo wings? From one carnosaur to another, this list is garbage. It should be titled Best THAI Wings in San Diego.