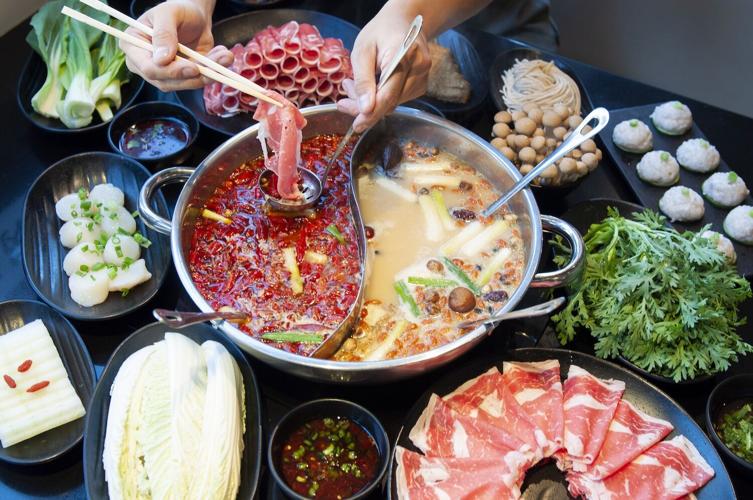 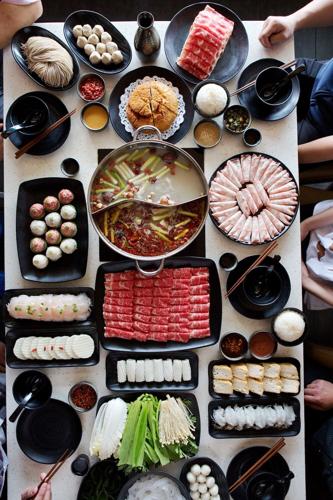 A decade and a half is practically geriatric in restaurant years. For an industry where establishments open and shutter quicker than California's avocado season, 15 years marks something to celebrate.

Take Mongolian Hot Pot in Clairemont Mesa. Since 2007, the family-run restaurant has carved a solid place in the community for its Mongolian-style hot pot, in which diners swish thin slices of proteins like lamb, beef and tofu chunks, as well as veggies around in simmering herbal broth at their table.

“What we specialize in is our broth, 18 hours cooked, 30-something spices,” Peter says. Broth comes in original or spicy. Undecided, or chili-curious? Order half-and-half and get both. Today’s chicken broth-based recipe is the same as they used on day one.

“The flames were higher than the house… and we just bolted,” said Peter Yang.

Since then, their communal style, DIY-experience has survived a fire, a recession, and Covid-19. They opened just days before the Witch Creek Fire would consume parts of the Ramona area, San Pasqual Valley, and Rancho Bernardo, where Peter and Mike lived with their parents at the time.

“You could still smell the fresh paint and the new wood in the restaurant,” Mike says. The day the fire started, flames woke them up at 5 a.m., just 20 feet from their house. “The flames were higher than the house… and we just bolted,” Peter adds.

They evacuated from Rancho Bernardo with their pointy-eared, curly-tailed Norwegian Elk Hound named Wolfy, and slept in the restaurant. Their parents stayed at a friend’s house. It would be a week before the ash cleared and air quality stabilized, and they could return home.

“Our parent’s house was also where we stored our backup spices that we imported, so if the house went up in flames, our biggest worry at the time was ‘holy crap, how are we gonna continue the business?’” Mike says. During those years, some of the spices required for Mongolian Hot Pot’s broth, like roasted black cardamom, and angelica root, weren’t available in San Diego, even at specialty food markets, Peter says.

Before Mike and Peter’s parents moved the family to San Diego, a plan that had always been in the works, they lived in Hainan (an island and China’s southernmost point) by way of Inner Mongolia to the north. There, their parents worked in architecture and interior design.

Here in the U.S., the language barrier and convoluted certification processes made it tough to navigate those same industries in their new home country. They instead acquired a small Chinese restaurant, and have since operated Japanese and Thai restaurants before opening Mongolian Hot Pot.

During the aughts, aside from a national fondue restaurant with locations in the Gaslamp and La Jolla, the hot pot concept was still new to many San Diegans. There was a learning curve to this way of dining. “Besides Melting Pot, it was a very foreign thing to many people,” Peter says. "They were like, ‘Where’s the chocolate? Where’s the cheese?'"

Sometimes customers would undercook the meat. “We had to watch them, like, 'oh no, you have to wait until the colors change,'" Peter says. Or they’d overcook ingredients altogether. So they made placards to indicate proper cook times of each ingredient, and walked customers through the process.

These days, they don’t have to watch customers so closely anymore. And the menu now also offers a vegetarian broth. “Fifteen years later and we still have customers who come in from when we first opened,” Mike says. Customers used to bring their babies back then, he adds. “Now they’re going to college.”

“Take a fresh piece with chopsticks or tongs, swish it [in the broth]—you don’t need to cook it for more than 20 seconds really,” Peter says. Then, “Take it out right when it changes color and eat the food when it’s freshly cooked.”

“Once you cook the proteins in the broth, it flavors the broth even more, and at that point the veggies can absorb the meaty flavors in the broth,” Mike says.

Don’t Crowd the Pot With Ingredients

This helps keep track of what you put into the broth. After proteins and plants, “I usually end with a bowl of noodles,” Mike adds.