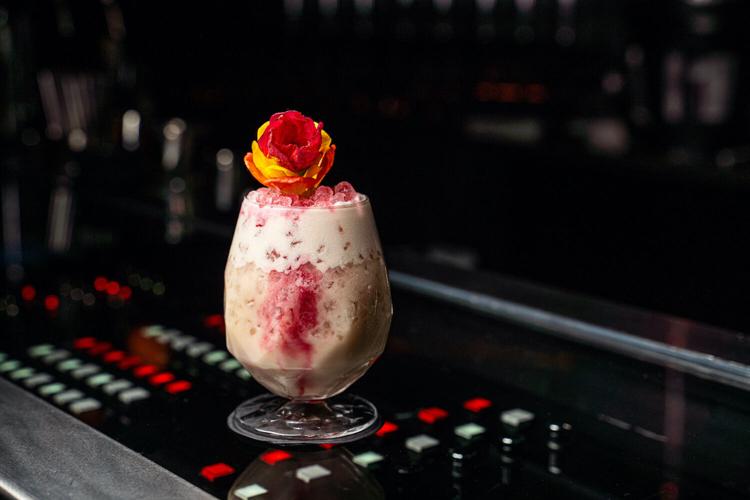 The Homing Beacon at Mothership. 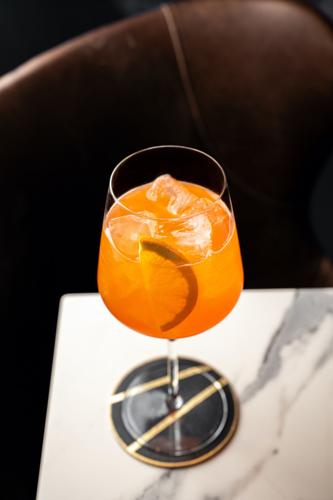 Happy eleventh birthday, Dry January! In 2012, British charity Alcohol Change UK launched the month-long challenge to encourage people to kick off the new year with a break from alcohol. Since then, mocktails have been increasingly showing up on menus, and liquor stores have added more variety to the no-alcohol spirits on their shelves.

Going dry, or semi-dry, no longer means pretending that your sparkling water with lime is a vodka soda. Many San Diego bars serve sophisticated alcohol-free and low-ABV cocktails that are as creative and tasty as their boozy brethren.

“For a good alcohol-free drink, I like to approach them the same way I would if I was making a cocktail,” says David Kinsey, beverage director at Kindred and the recently opened Mothership, both in South Park. “It needs to be balanced, have a good nose, solid presentation, and unfold on the palate.”

Kindred’s Kiss of Steel is a pick-me-up with holiday flair, made with cold-brew coffee, oat milk, cinnamon, coconut, and an orange twist.

At downtown speakeasy Prohibition, beverage manager Ryan Andrews says he’s been getting more requests for low-ABV drinks. He’s a fan of Martini & Rossi’s Fiero—a lightly sweet blood-orange vermouth—and uses it in a twist on a South Side Ricky.

Polite Provisions in North Park has a “Sans Alcohol” section of its expansive menu that includes cocktails like Daisy’s Soda Pop, made with apple spice, pomegranate, lime, and soda, and Gabe’s Painless Killer, a twist on a classic Painkiller, made with passionfruit, coconut, pineapple, and lime.

At Golden Hill’s Kingfisher, general manager David Tye swaps in non-alcoholic spirits, like Lyre’s, in three cocktails on the regular menu. “Lyre’s makes quality stuff, and it allowed us to be able to do a quick change but keep the original idea of the cocktail intact,” he says. Try the papaya margarita, made with alcohol-free tequila, papaya, lime, agave, and black lava sea salt. For a low-ABV option, grab a Vietnamese Spritz, made with Aperol, jujube, lychee, orange, lemon, and prosecco.

Kelly Davis is an award-winning journalist who writes about jails, homelessness, and vulnerable populations but also loves a good cocktail and watching San Diego become a food-and-drink destination.