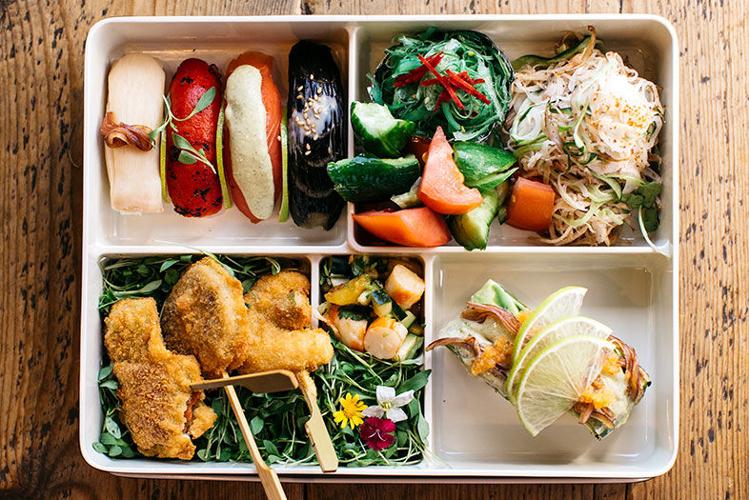 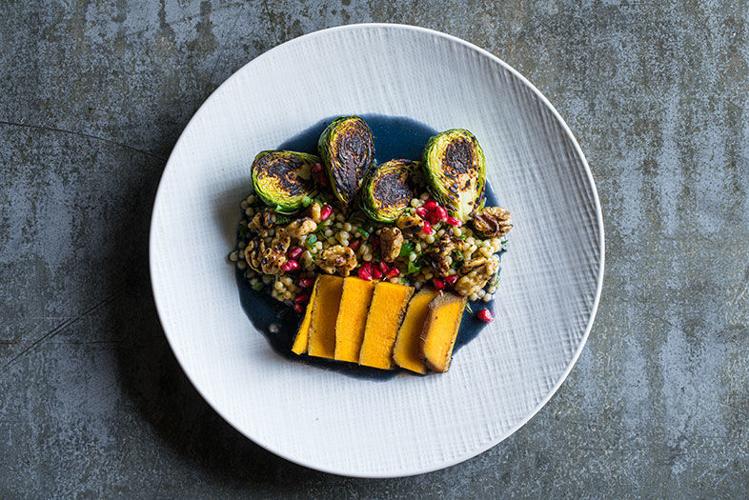 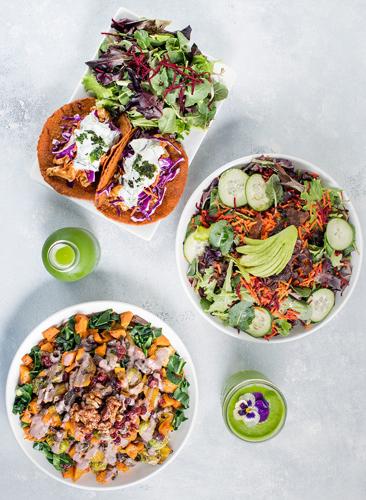 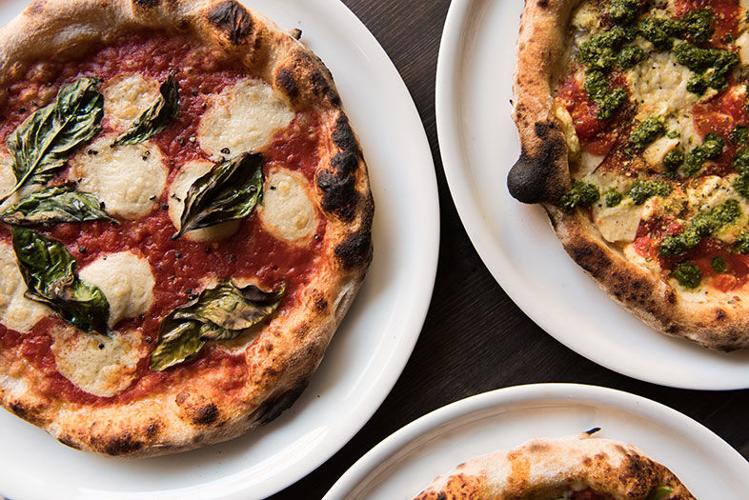 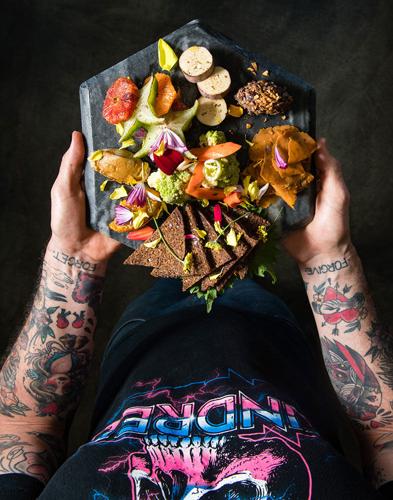 In 2019 alone, at least a half dozen vegan and vegetarian eateries opened in San Diego, including The Yasai in Kearny Mesa, an all-vegan Japanese experience led by Junya Watanabe, creator of Rakiraki Ramen. These newcomers join over 60 entirely plant-based restaurants, pop-ups, and bakeries in the county. In a recent report by WalletHub, San Diego ranked ninth among the country’s best cities for vegans and vegetarians. What’s more, San Diego outranks Los Angeles when it comes to variety and diversity of restaurants. You read that right—say goodbye to bland-tofu stereotypes; you could eat a vegan version of practically any dish you crave right here. The all-vegan brewery Modern Times even crafted a seasonal beer, Null Blade, with housemade gelatin-free marshmallows.

Jessica Waite, co-owner of Oceanside’s Wrench & Rodent Seabasstropub and upcoming all-vegan restaurant The Plot, explains, "There seems to be an understanding in the plant-based community that ‘a rising tide lifts all boats’; if we work together to create incredible vegan offerings, there will be many more who want them." Likewise, when Watanabe announced he was transitioning both the Convoy and Little Italy locations of Pokirrito, his poke bowl and sushi burrito concept, to an all-vegan menu, he too encountered "surprisingly overwhelming" support from the vegan community, especially from people seeking healthy, environmentally sustainable options. Watanabe says he had never helmed a 100 percent vegan kitchen before, and he sees developing The Yasai as a positive learning experience: "It was a great opportunity to explore ingredients I hadn’t worked with previously."

In the past three decades, San Diego’s vegan and vegetarian scene has grown exponentially, but these options weren’t always plentiful. "In the ’90s we’d have to travel to [Los Angeles and San Francisco] to find a restaurant or server aware of what the word ‘vegan’ even meant," says Kory Stetina, owner of Kindred in South Park, "but that’s not the case anymore in San Diego, and the change has happened so rapidly."

This rapid growth comes with challenges, of course, like overcoming stereotypes and responding to skepticism about food without animal ingredients. In response, San Diego veg heads have adopted a unique "come one, come all" ethos. Keith Donohue of Trilogy Sanctuary in La Jolla says his staff "create dishes that are accessible to all palates, even those who are big meat eaters. We’re excited to welcome many new people to try vegan food for the first time." Their ultimate goal is to serve food that makes people feel good—like the Detoxify or Blissful smoothies, or the hearty Enticing Eggplant grilled with a cheesy cashew cream and served over mashed yams with pesto.

Similarly, Vasudha Deming at Jyoti-Bihanga in Normal Heights says, "It’s fun to see vegetarians bring their non-vegetarian friends. Inevitably, they have a great meal." It’s one of San Diego’s oldest all-vegetarian cafés, established in 1986. Their famous Neatloaf, made from grains, soy, and ricotta cheese and topped with mushroom gravy, wins over skeptics with its simple spin on Americana comfort food.

For these local restaurateurs, building a following that welcomes the veggie-curious means pushing the envelope or, as Stetina puts it, "sharing what we’re geeking out on at the given moment." Sometimes this approach steers them off the salad menu, but vegan fast food will still be healthier for you than a big ol’ beef patty buried in dairy. For instance, at Plant Power Fast Food (in Ocean Beach, Encinitas, and SDSU), "junk-food vegans" can have their cheeseburger combo and eat it too, with fries topped with cheesy sauce and caramelized onions. The laid-back Eve restaurant in Encinitas serves saucy, satisfying burgers, like the Truffle Shuffle smothered in sweet, spicy truffle aioli. Reluctant omnivores can get their pizza fix at beloved Bankers Hill bistro Donna Jean. Take a risk on the Black Widow pizza, named for its strong combination of black garlic and Calabrian chiles (just coordinate your order with your date first). Or, try duking it out over Kindred’s Deli Battles—seasonal charcuterie board mashups of crudités and vegan pâtés and salami.

Deming notes that although demand for vegan options is fairly new, "the movement of people toward eating a vegetarian diet at least sometimes" is consistent. It should be no wonder—our city has a conscientious, health-minded food culture, and San Diegans are quickly learning that compassionate, sustainable options can still taste damn good.