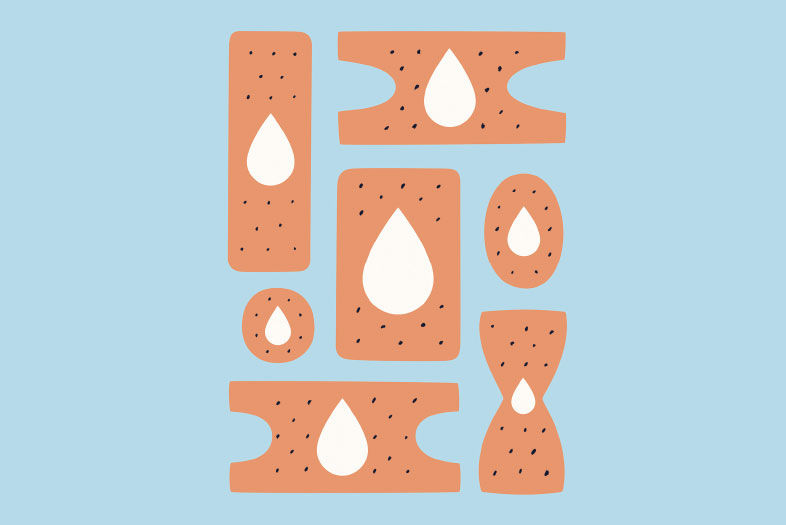 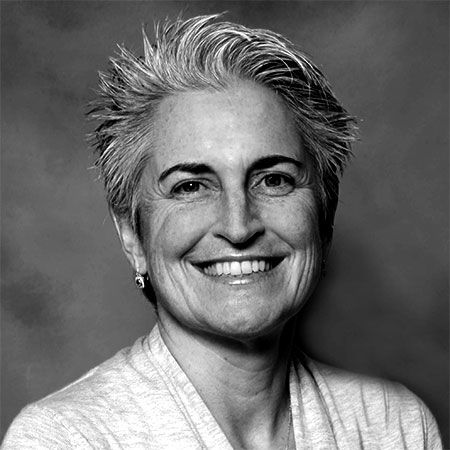 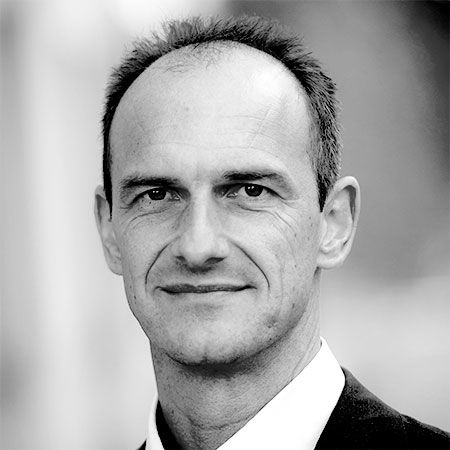 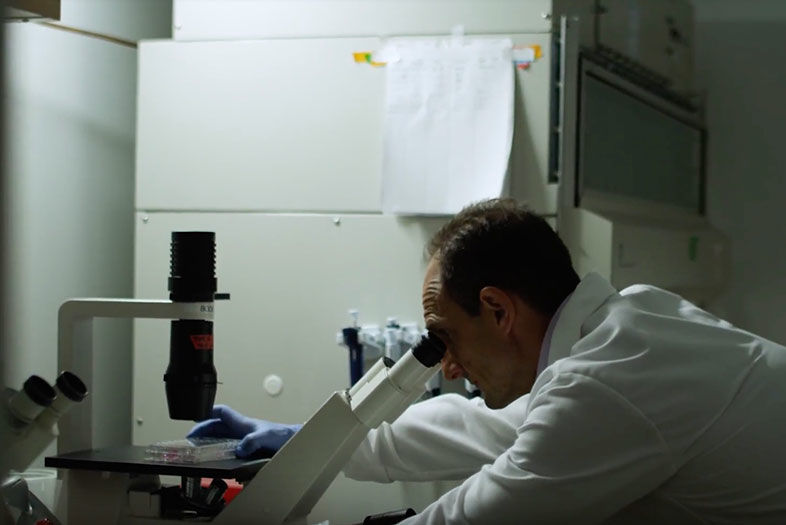 Mammals get all the breaks. In addition to having big brains—and dominating the planet—we produce milk for our babies, a nice competitive advantage. Breast milk is more than just excellent nutrition. It’s like the starter kit for life, delivering immune cells, antibodies, beneficial microbes, and protective sugars.

For these and other reasons, breastfeeding is trending up. According to the Centers for Disease Control and Prevention, around 70 percent of infants were breastfed in 2000, at least for a little while. In 2015, that number was approaching 85 percent. The numbers are even higher in San Diego County.

Breast milk is dynamic, changing over the course of a day to better match the baby’s nutritional needs. It even adjusts during a single feeding. And each mother’s breast milk composition is different, kind of like a milk fingerprint.

But what more is there to learn about human breast milk? We already know about its health benefits, but what are the biological mechanisms making them happen? And if we begin to understand that molecular machinery, could we use some of these therapeutic components to make medicines?

Lisa Stellwagen is a professor of pediatrics at UC San Diego and, no surprise, a big believer in breast milk’s ability to produce healthy babies.

"Evolution has put a huge amount of energy into reproduction and lactation because it’s all about the survival of the young," she says. "The biology of the milk is tailored to the child."

As medical director of UC San Diego’s Newborn Service, Stellwagen offers a lot of support for breastfeeding mothers. But one of her big concerns is premature infants in the neonatal intensive care unit (NICU). For these babies, breast milk can be a lifesaver, reducing infections, shortening hospital stays and producing better neurodevelopmental outcomes. But there’s a caveat. Many of the mothers cannot produce enough milk.

This can put NICU babies at risk for necrotizing enterocolitis (NEC), an incredibly nasty condition in which bacteria invade the intestinal walls and ultimately destroy them.

"These little, teeny 400- and 500-gram babies are on breathing support and antibiotics; they have lines into their little bodies," Stellwagen says. "They have no reserves: no fat, no muscle mass; their immune systems are tamped down. Then they start doing better, and when we get enough nutrition into them, NEC hits. If they perforate their bowel, they must have surgery. Many of the survivors end up with cerebral palsy because of the inflammation."

Breast milk can help these babies—reducing their NEC risk by as much as 77 percent. However, because many of these mothers have trouble producing milk, the NICU has to tap into another source: donations.

"If we feed them pasteurized, donated human milk," says Stellwagen, "the outcomes are much better than with formula."

What’s in the Milk?

Epidemiological data tells us that breastfeeding often produces healthier babies—but why? That’s the question Lars Bode is trying to answer. Bode is a professor of pediatrics at UC San Diego and directs the Mother Milk Infant Center of Research Excellence (MOMI CORE).

Bode has spent his career studying how sugars influence biology, so it was only natural he would gravitate toward studying human milk oligosaccharides (HMOs), the all-important complex sugars in human breast milk. There are more than 150 different HMOs (they’re the third most common component of breast milk), and Bode’s lab has been investigating what they do.

This work helped identify an HMO that may help prevent NEC. Called DSLNT, the molecule has shown protective abilities in preclinical studies, though how it works is an open question.

Bode would like to study the molecule in human clinical trials, but that’s a tricky task. To conduct a proper trial, he would need a control group that would not receive any DSLNT, but that could put babies at risk—an ethical non-starter.

But there are other ways to approach the problem. As mentioned before, each mother’s milk has compositional variations, and some may not produce enough DSLNT to be fully protective.

"Some of the babies who have NEC receive human milk," Bode says. "Is there anything missing or in lower concentrations in that specific milk that is given to those infants?"

Bode would like to study that further, and is in discussions with bioengineers to potentially develop a device that measures milk DSLNT at the mother’s bedside. This instrument could help definitively answer whether this HMO is protecting premature infants, and help NICU clinicians identify the best donor milk for those babies.

MOMI CORE is also looking at using HMOs in adult medicines. Some of these molecules may be interacting with macrophages, immune cells implicated in arthritis, cardiovascular disease, and other conditions. If specific HMOs modulate their activity, they could be isolated and delivered as anti-inflammatory drugs.

"These compounds are in human milk," Bode says, "so we don’t have to worry about safety. It’s a huge opportunity to develop new drugs, especially for women who are pregnant or lactating."

These compounds are in human milk, so we don’t have to worry about safety. It’s a huge opportunity to develop new drugs.  —Professor Lars Bode

Between the breast milk used to protect NICU babies from NEC and other conditions, and the gallons required for study, clinicians and researchers need a large amount in reserve—and that has been an issue.

"The problem is, there’s not enough donor milk to meet the need," Stellwagen says.

It’s an odd predicament, as many families have freezers full of breast milk. Quite often, it gets thrown out when no longer needed. So it’s not a shortage as much as a distribution problem.

To solve it, UC San Diego has partnered with the San Diego Blood Bank to create the San Diego Mother’s Milk Bank, a place where families can donate their unused milk for community use. Some of this milk can be pasteurized and used in the NICU.

"The milk that provides the best nutrition for the growth of brain and body for these tiny preemies in the NICU is donated milk produced by women whose babies are less than one year old," Stellwagen says. "Older milk is still desired and largely used in research."

The bank has even created the MothersMilk app, which offers breastfeeding tips and other information. Stellwagen hopes families will start delivering their unneeded milk to the bank. It could make a big difference for NICU babies.

"Normally, NEC affects around seven percent of low-birth-weight babies," Stellwagen says. "But with human milk, that goes down to two percent."

The Challenges of Breastfeeding

"I tell moms, ‘The only one who hasn’t read the breastfeeding manual is your baby," says Yvette LaCoursiere, professor of obstetrics, gynecology, and reproductive sciences at UC San Diego. "It takes time, effort, and patience."

This is particularly true for first-time moms, who may not know how to position the baby or respond to their cues. In some cases, women don’t produce enough milk to start, and that can be frustrating.

For women going through these challenges, family and friends who have breastfed are often great sources of encouragement. Hospital lactation consultants are also quite helpful. But sometimes new moms can feel a lot of pressure to breastfeed. LaCoursiere wants them to understand that "formula" is not a bad word.

"I sometimes have women crying in my office because they’re not able to breastfeed," she says. "I want them to get the message that breastfeeding is the healthiest for their baby, but it’s also reasonable to supplement. Your first job is to feed the baby: breast milk, which we prefer, or formula. Any breast milk you can give is better."