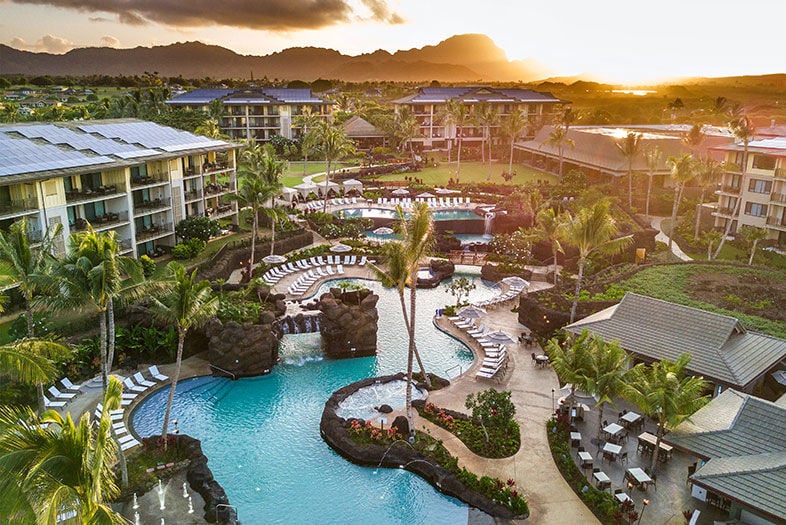 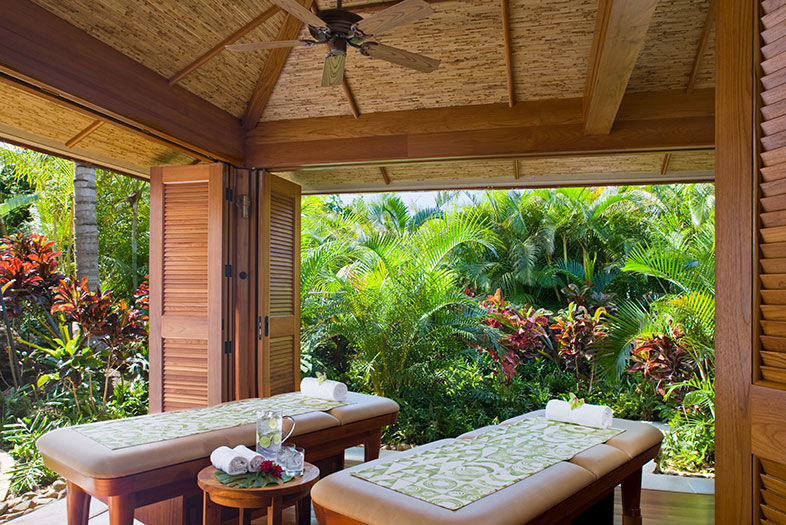 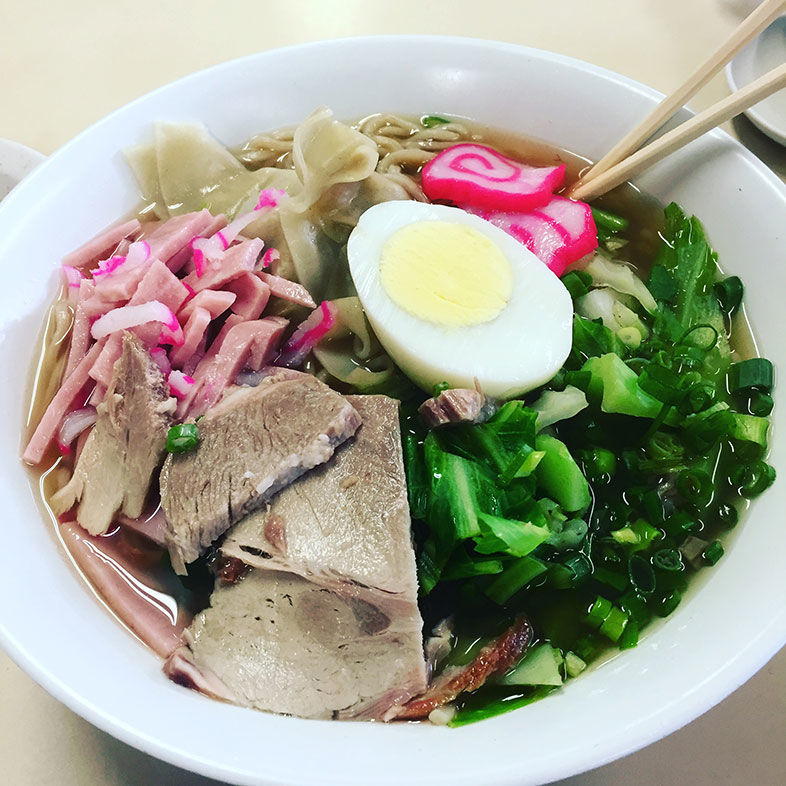 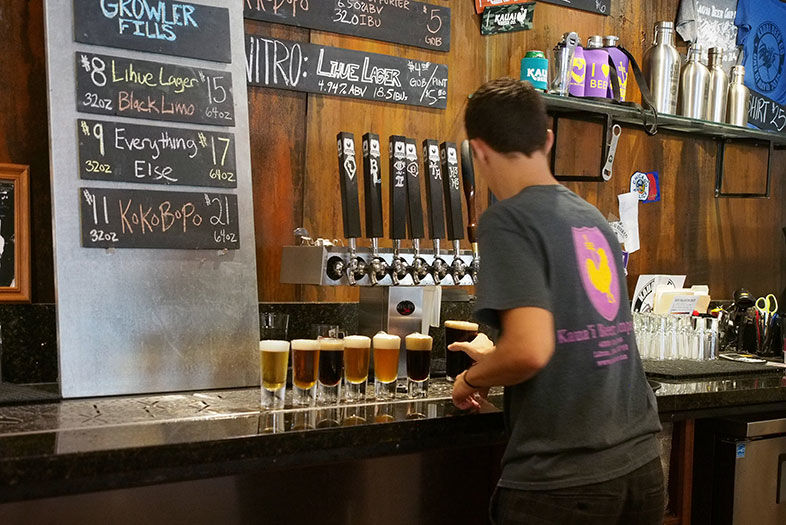 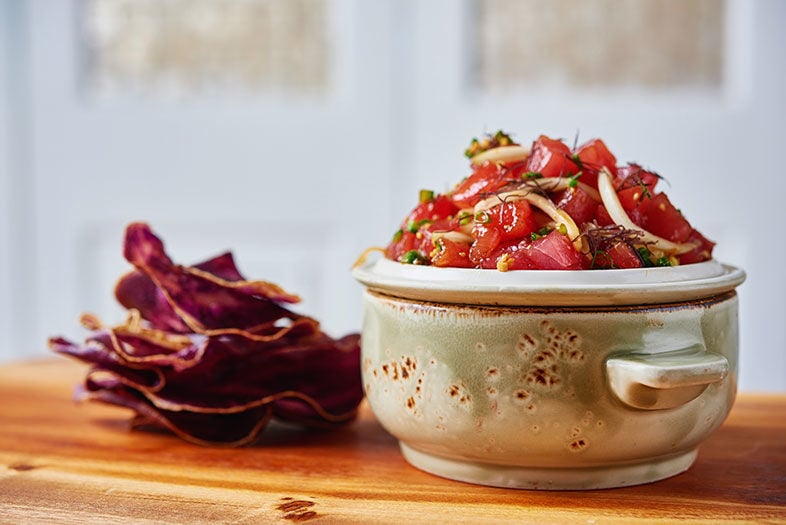 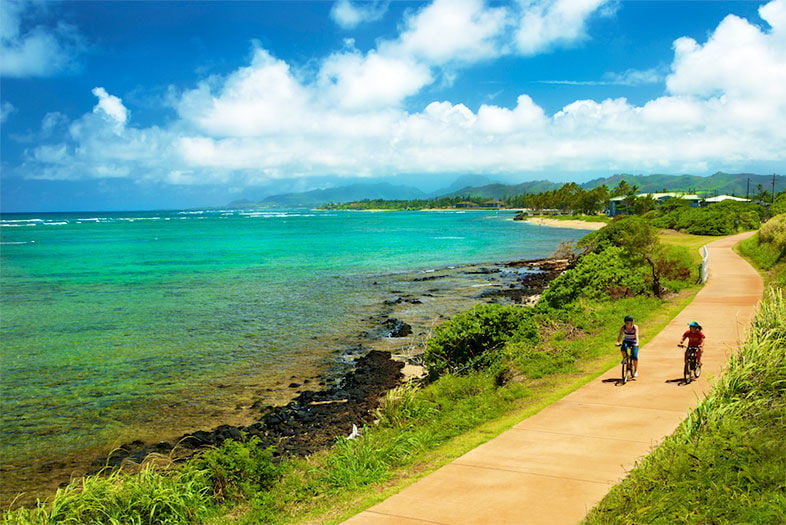 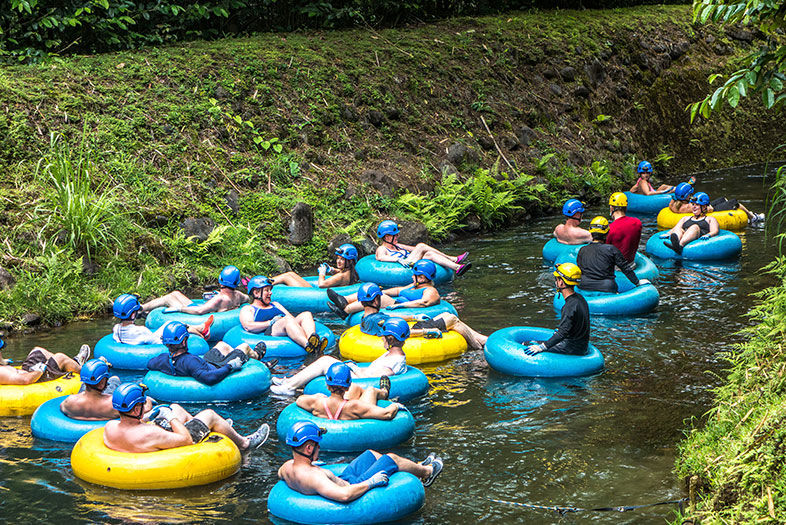 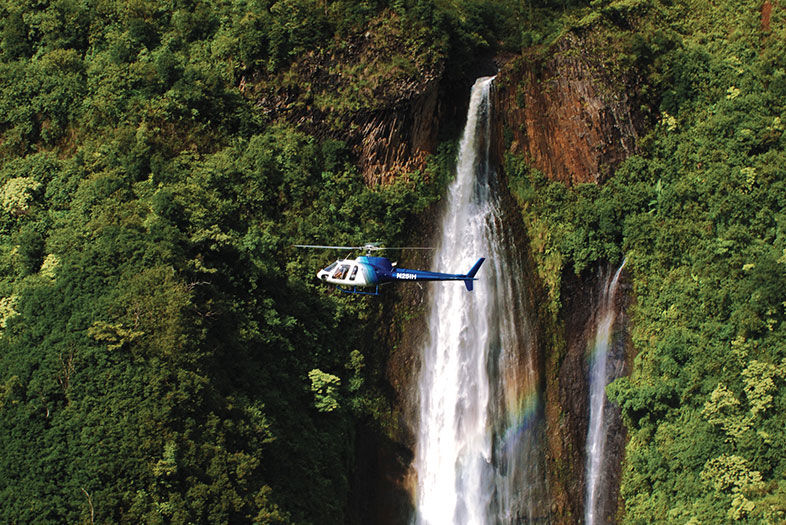 Po‘ipu Beach is famous for clear waters, amazing snorkeling, and the endangered Hawaiian monk seals that bask on its golden sands. The resort town has plenty of luxurious lodging options, but it doesn’t feel overcrowded like WaikikiÄ« over on O‘ahu. Koloa Landing Resort at Poipu, which underwent a $110 million makeover in 2017, is located within walking distance of the beach and of the Shops at Kukui‘ula, for quick needs like sunscreen and that cover-up you forgot. The spacious suites feel like upscale apartments and are equipped with full kitchens, washers and dryers, and huge soaking tubs. There’s also a new 350,000-gallon pool, and Holoholo Grill, led by celebrated local chef Sam Choy. Grab a mai tai at the bar and then float in the lava rock grotto or adults-only infinity pool.

Down the road is the Grand Hyatt Kauai Resort & Spa, which lives up to its name—the resort spans 50 acres and has several interconnected pools, a saltwater lagoon surrounded by cabanas, lounge chairs, and hammocks, five restaurants, and the newly remodeled Anara Spa, known for its tropical facials and coconut oil massages.

Start the day at Little Fish Coffee in Po‘ipu, a bright shack with a large deck that has Kaua‘i-grown coffee, breakfast bagel sandwiches, and a hot pink dragonfruit smoothie that’s prime for Instagram. For something heftier, La Spezia, an Italian bistro in Old Koloa Town, cooks up a rich French toast of Hawaiian sweet bread stuffed with Brie and bacon along with fried rice and braised oxtail.

Go where the locals go and head into Lihu‘e for a comforting bowl of noodle soup at Hamura Saimin Stand for lunch. The no-frills diner has been in the neighborhood since the 1950s and it received a James Beard Award for its classic saimin, Hawai‘i’s remix of Japanese ramen. Get the special, with chewy noodles floating in a clear umami broth and topped with handmade pork wontons, fish cake, more roasted pork, and veggies. While you’re here, don’t forget a slice of the famous liliko‘i (passion fruit) chiffon pie. From Hamura, you can walk over to Kauai Beer Company, one of the few craft breweries on the island. Sample the Lihue Lager, brewed with tropical-flavored hops.

Want authentic poke? Visit the walk-up counter at Koloa Fish Market and take some to go for a day at the beach, or Ishihara Market on the way to Waimea Canyon. Also worth checking out in Waimea is The Saddle Room, a chill dive bar that has great burgers—they use lamb from the privately owned neighboring island of Ni‘ihau and grass-fed beef from Makaweli Meat Company.

Peter Merriman is one of the founding chefs of Hawai’i regional cuisine, and his upscale Merriman’s Fish House is known for its local seafood and award-winning wine list. Sample a flight of three different wines for $25 and don’t pass up the menu’s Kaua‘i shrimp, sustainably raised in Kekaha saltwater ponds. Ask for an outdoor table to get a clear view of the sunset over Po‘ipu.

The Grand Hyatt’s Tidepools restaurant makes for a romantic dinner. The open-air thatched-roof restaurant is perched on a lagoon with koi and has locally sourced fish and meats, like a venison loin from Maui with fig jus.

You don’t have to venture far from the resorts to get back to nature. Near the tail end of Po‘ipu is Shipwrecks Beach, a roaring cove bookended by a 40-foot cliff, and the start of the Maha‘ulepu Heritage Trail, arguably the island’s most underrated hike (since epic Na Pali gets all the attention). The trail is four miles round-trip along the last stretch of undeveloped coastline on this side of the island. You’ll work up a sweat going by sand dunes, kiawe trees, the remains of an ancient Native Hawaiian heiau (temple), and rocky coves. Your reward? The secluded white sands of Maha‘ulepu Beach at the end.

An easier jaunt is the flat walking and biking path along the Coconut Coast that starts in Kapa‘a and ends at ‘Ahihi Point. Rent a bike for the day at Coconut Coasters and then visit the restaurants and cafés along Kuhio Highway in Kapa‘a after the 4-mile ride.

If spending the afternoon relaxing on a floatie sounds more appealing, there’s a unique-to-Kaua‘i tour for that. Kaua‘i Backcountry Adventures has a mountain tubing excursion that traverses the gentle waters flowing through sugar plantation irrigation tunnels that were built in the 1850s. The guides will drive you to the launch point in the island’s green interior and set you up with a headlamp and water shoes. All you have to do is kick back and float along.

About 30 minutes west of Po‘ipu is Hanapepe, an old plantation town that lights up every Friday for Art Night. Hanapepe Road, lined with art galleries and small shops, turns into a street festival with live music, food trucks, and vendors selling art and jewelry—it’s perfect for souvenir shopping. Along the drag, don’t miss Talk Story Bookstore (the westernmost bookstore in the US), the pineapple-infused sausages topped with kalua pork at Porky’s, and a walk on the old wooden swinging bridge.

Seeing the NÄ Pali Coast on Kaua‘i’s northwestern shore is a bucket-list activity. The coastline is so remote that it can’t be reached by car, and it’s lined with jagged sea cliffs that tower over empty blue coves and secret waterfalls, one of which was featured in Jurassic Park. Hiking along the famed 11-mile Kalalau Trail now requires a permit, and as of press time, the trail is closed from the flood that affected Kaua‘i’s North Shore. (For updates, call the Kaua‘i State Parks Office at 808-274-3444 or visit dlnr.hawaii.gov.)

The easiest way to see NÄ Pali is on a helicopter tour. The St. Regis Princeville Resort is celebrating the 25th anniversary of Jurassic Park with a special day tour of famous Kaua‘i film locations through September 30 ($5,674 for two adults), which includes a private tour with Island Helicopters to see Manawaiopuna, the 400-foot waterfall from the movie. If you can’t get to Kaua‘i before September ends, Island Helicopters regularly flies to the waterfall and is the only helicopter company that’s allowed to briefly land at its base and let you see the falls in all its glory.

Another way to get up close to NÄ Pali is by boat. Captain Andy’s will take you on a catamaran that sails from Port Allen and past Polihale Beach, a Navy missile range facility at Barking Sands, sea caves, and the striking peaks of Kalalau Valley, along with dinner and cocktails at sunset. You can also opt for a daytime sail that includes a stop for snorkeling, where you may be greeted by spinner dolphins along the way. Aloha!