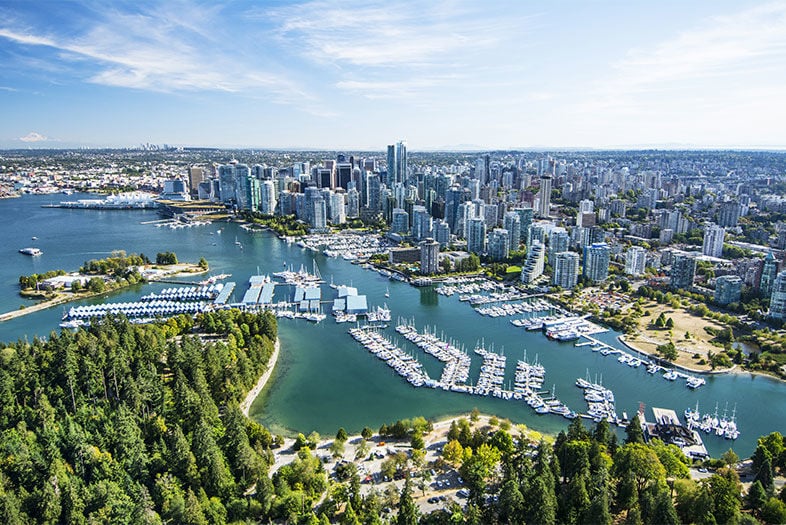 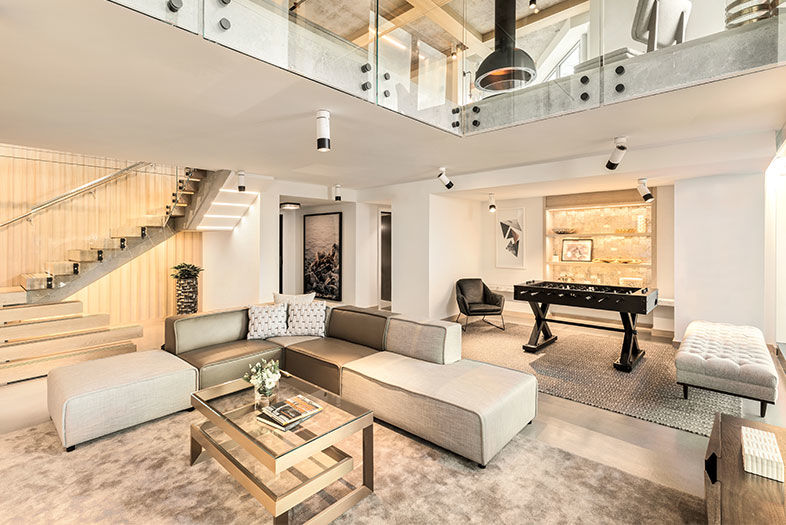 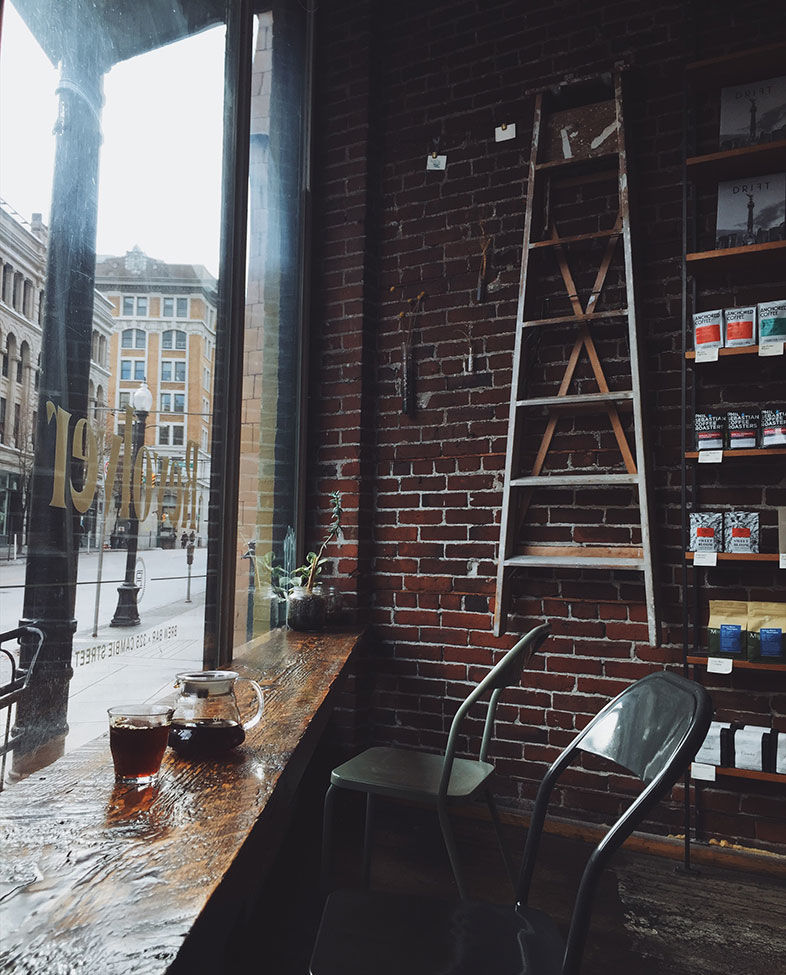 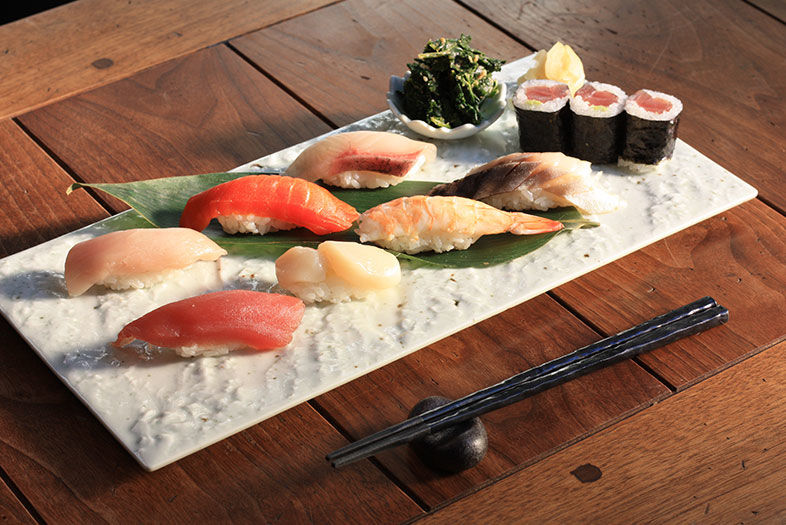 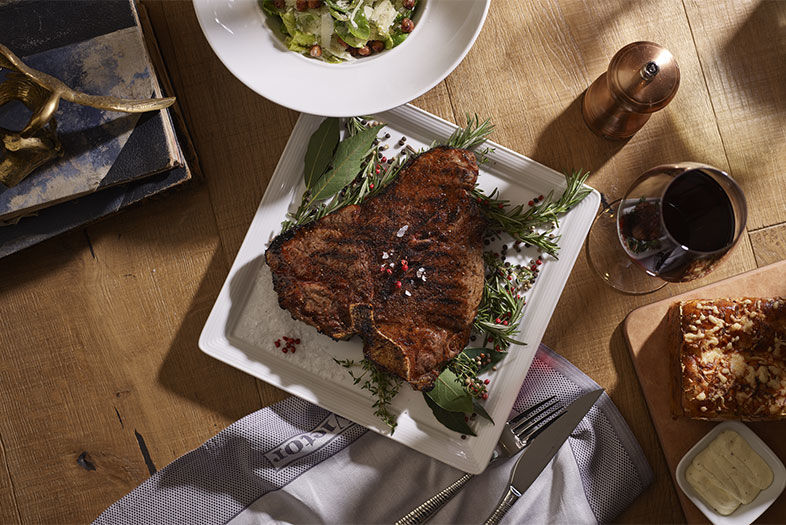 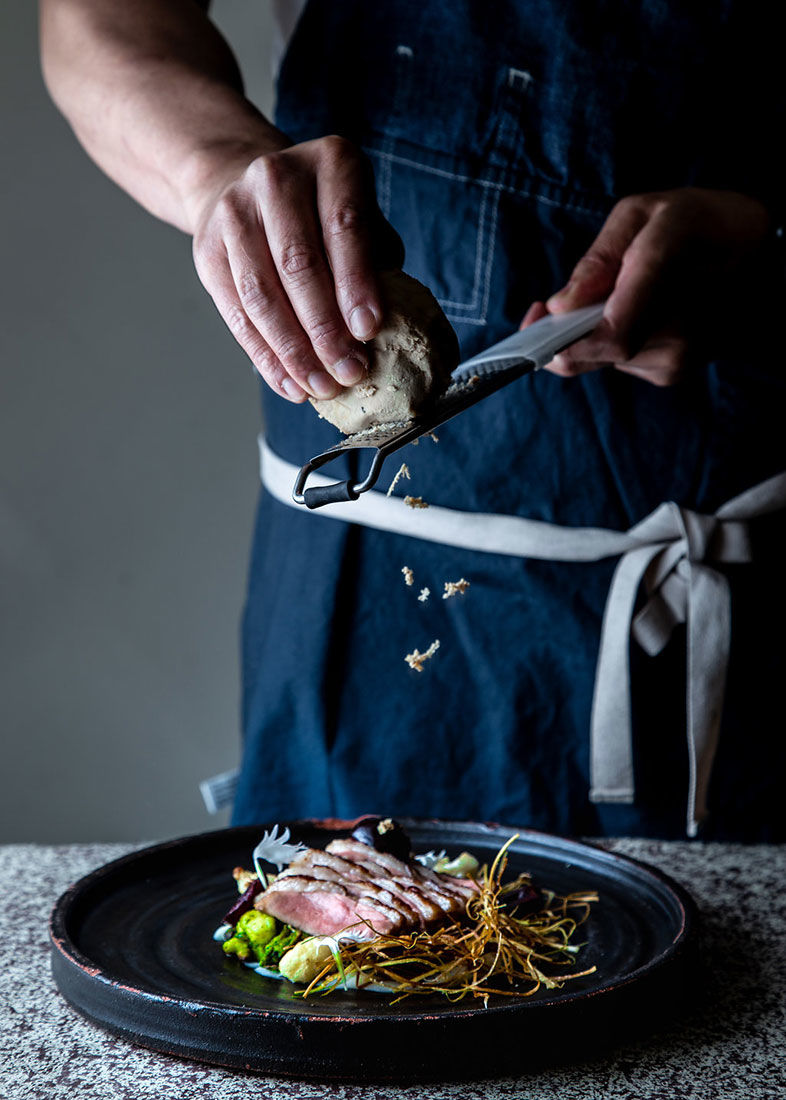 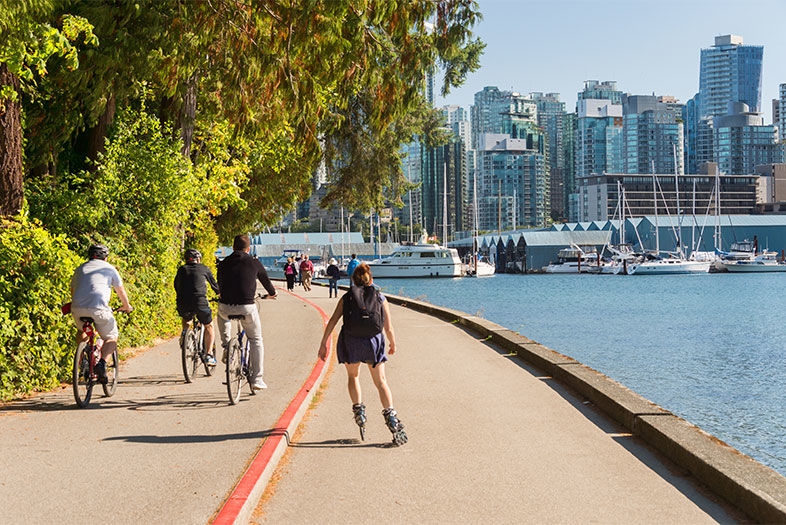 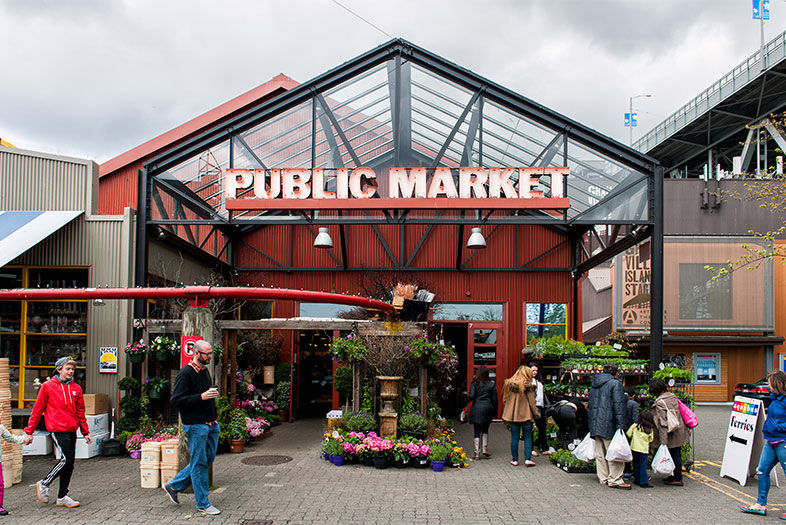 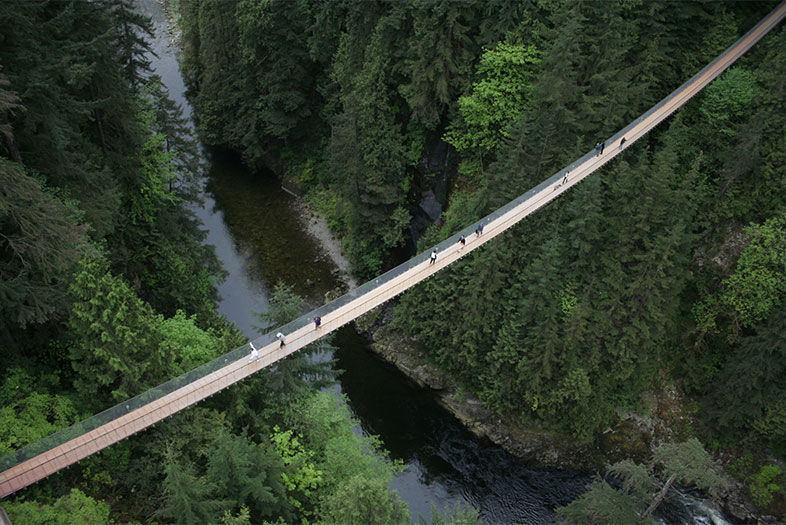 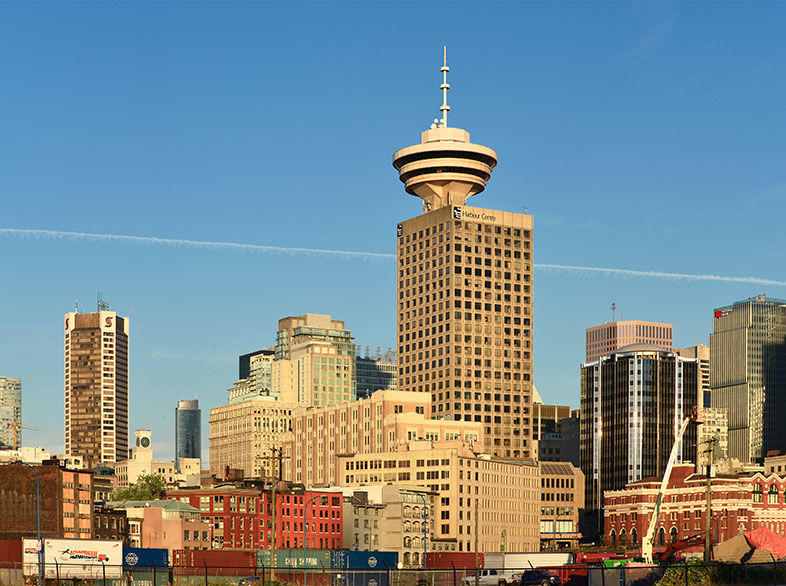 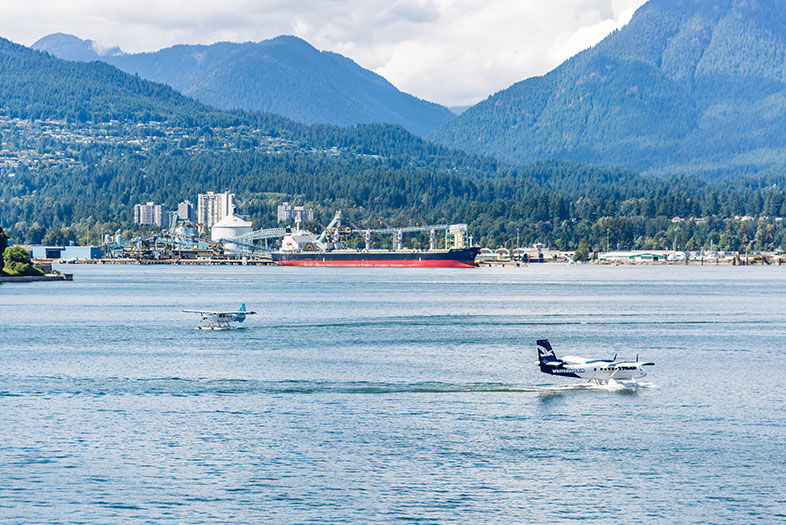 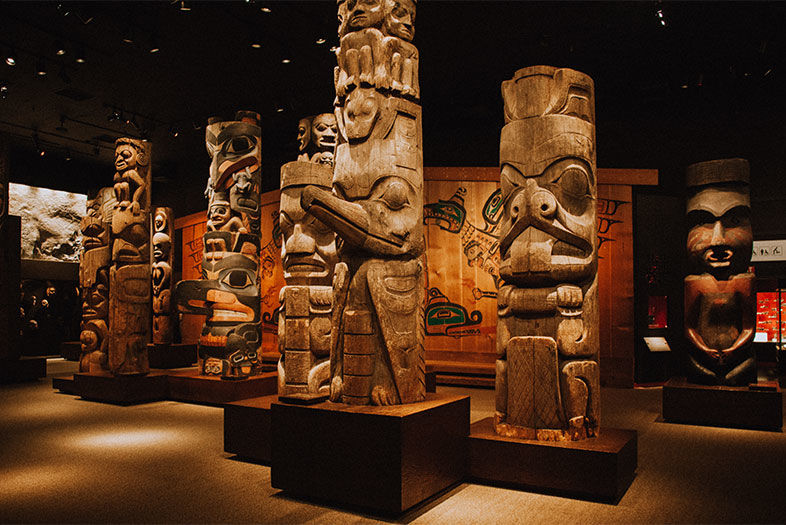 As you cross Cambie Street Bridge into downtown Vancouver, the glass and steel high-rises twinkle brightly, lending the city its nickname: the City of Glass.

Check into The Douglas, an Autograph Collection Hotel with 188 rooms and suites, including three new luxury suites introduced just last year that start at 1,550 square feet and come with services like round-trip transportation up to 60 miles away. A glass-encased 25-foot replica of a Douglas fir serves as the check-in and concierge desk, nodding toward the hotel’s nature-meets-urbanite aesthetic. Or go for a full-on city-slicker stay at the EXchange Hotel Vancouver, which opened last fall in the city’s original stock exchange building downtown.

The Pacific Northwest’s coffee culture brews strong in Vancouver’s Gastown neighborhood, where a dozen cafes are within a few minutes’ walk. Don’t pass up Revolver Coffee for a pour-over, or the unpretentious brunch menu at Nemesis Coffee—the avocado toast comes with whipped ricotta and maple syrup, a Canadian twist. Alternately, take a 10-minute jaunt to Chinatown for a house-roasted cuppa at Matchstick, where everything from the rich oat, hazelnut, and cashew milks to the toothsome breads and pastries are made in-house.

Tapping into Vancouver’s sushi scene is a must—the city is the birthplace of the Ocean Wise sustainable seafood program. Minami in Yaletown prepares its sushi aburi-style (flame-seared), a technique its sister restaurant introduced to Vancouver a decade ago. Arrive hungry for the Minami Zen lunch special—it includes miso soup, four seasonal dishes, and five pieces of aburi sushi.

Head to The Victor inside Parq Vancouver casino for a beautifully designed meal in a midcentury-modern space. The restaurant is known for their specialty steaks, but don’t neglect the uni tacos or the macaroni and cheese waffles.

Cool off with a nightcap just up the street at The Union, a funky-cool date spot with an intimate bar area and late-night happy hour. The bartenders craft cocktails from lesser-used ingredients like pandan syrup, wild lavender water, and imported spirits like aquavit.

Vancouver’s scenery may change with the seasons, but there’s always a call to get outside—particularly on two wheels. It’s known as North America’s top biking city, and its ample designated lanes and rental options make cycling the best way to explore its storied seawall. Ride along the Stanley Park waterfront to see the First Nations totem poles at Brockton Point, and stop for the drum circles at Third Beach.

Explore the city’s Chinese heritage on A Wok Around Chinatown, a half-day food, culture, and history tour led by Bob Sung, a former chef and third-generation Vancouverite.

For another look at Vancouver’s dynamism, take a ferry across False Creek to Granville Island, an industrial park turned playground for makers and artisans. Tempting scents waft from the large, central Public Market, surrounded by open studios with working glassblowers and metalworkers, boutiques with hand-dyed textiles and First Nations art, craft distillers, and even Canada’s first sake maker to use rice grown in British Columbia.

Finally, take a break from the city high-rises and step into North Vancouver’s Capilano Suspension Bridge Park. Cross the 450-foot-long overpass (originally built in 1889, just three years after the city’s founding), then take your time exploring the network of bridges and platforms on the other side, stopping to appreciate the coastal temperate rainforest, where some trees are over 1,500 years old.

Before returning home, visit the Vancouver Lookout. The observation deck sits nearly 550 feet above the city. Walk the full 360-degree deck, watch seagulls ride thermals far below, and commit the scene to memory—or your camera roll. It’s the most poetic way to bid the city adieu.

The capital of British Columbia sits on the southern tip of Vancouver Island, and the best way to get there is also the most fun and environmentally responsible: a carbon-neutral Harbour Air seaplane. When you board, ask if the pilot would like company—there’s sometimes an open spot to sit shotgun on the 30-minute flight.

As if the stunning architecture and bursts of blooms upon touchdown in Victoria Harbor don’t already give it away, the City of Gardens is all about the outdoors. Get to know the land through the people who know it best: Start with the Pathways to Appreciation tour at the Royal BC Museum, whose indigenous cultural liaison, Leslie McGarry of the Kwakwaka’wakw–Kwagiulth First Nation, guides you through pre- and postcolonial contact in the award-winning First Peoples Gallery. As the fourth generation of her family to work with the museum, she has a personal relationship with the exhibits—you’ll listen to her stories as you sit in her grandfather’s ceremonial house.

Next, book a trip with Spirit Culinary Excursions, run by Shirley Lang, a private chef and member of the Cree Nation, for an afternoon of foraging and feasting. She partners with Tesla Tours to provide transportion to Royal Roads Forest, where you can meet Vancouver Island Wild Tea Company’s Tabitha Jones, an ethnobotanist who points out edible plants and discusses their medicinal properties on a forest walk. That gives Chef Lang just enough time to prepare a creative multicourse meal (with wine pairings!) that incorporates those plants and other traditional indigenous flavors.