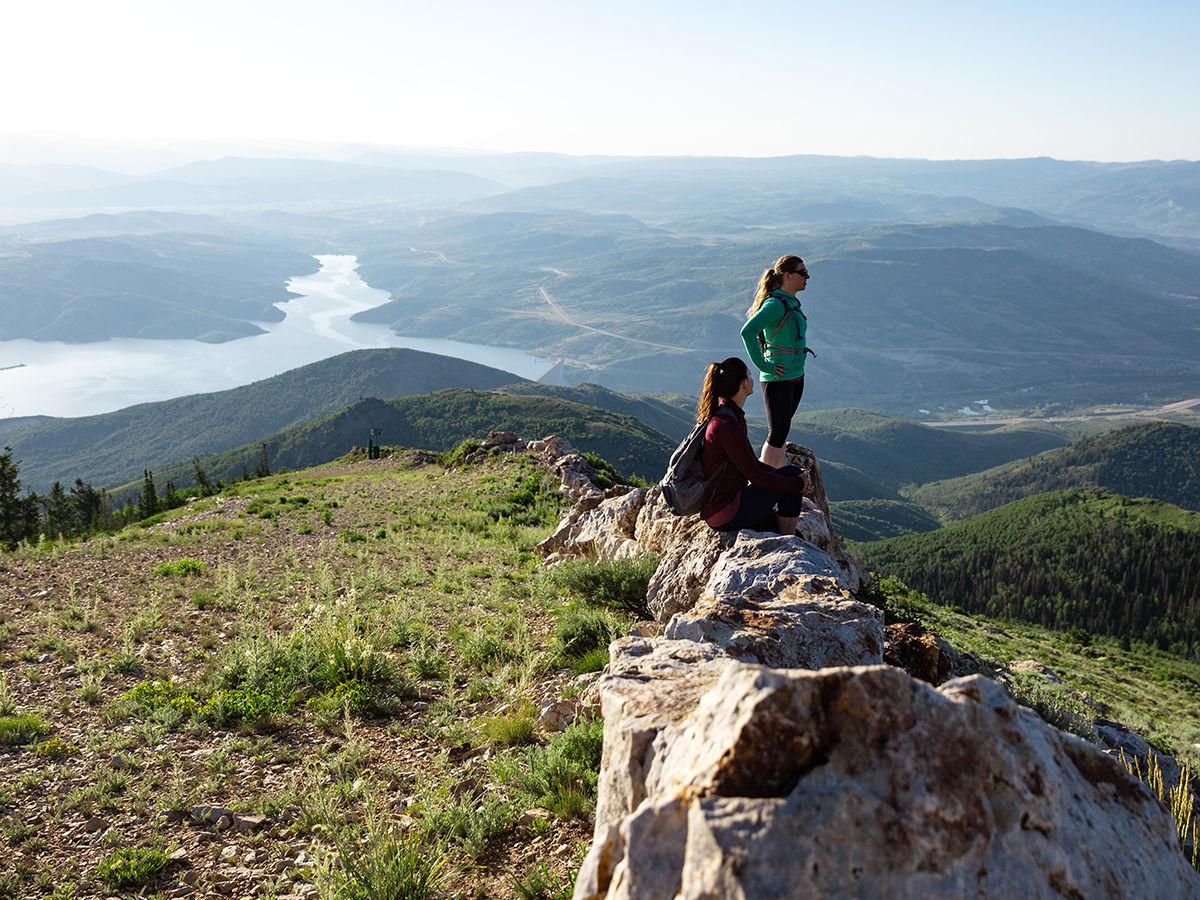 The view from hiking Bald Mountain 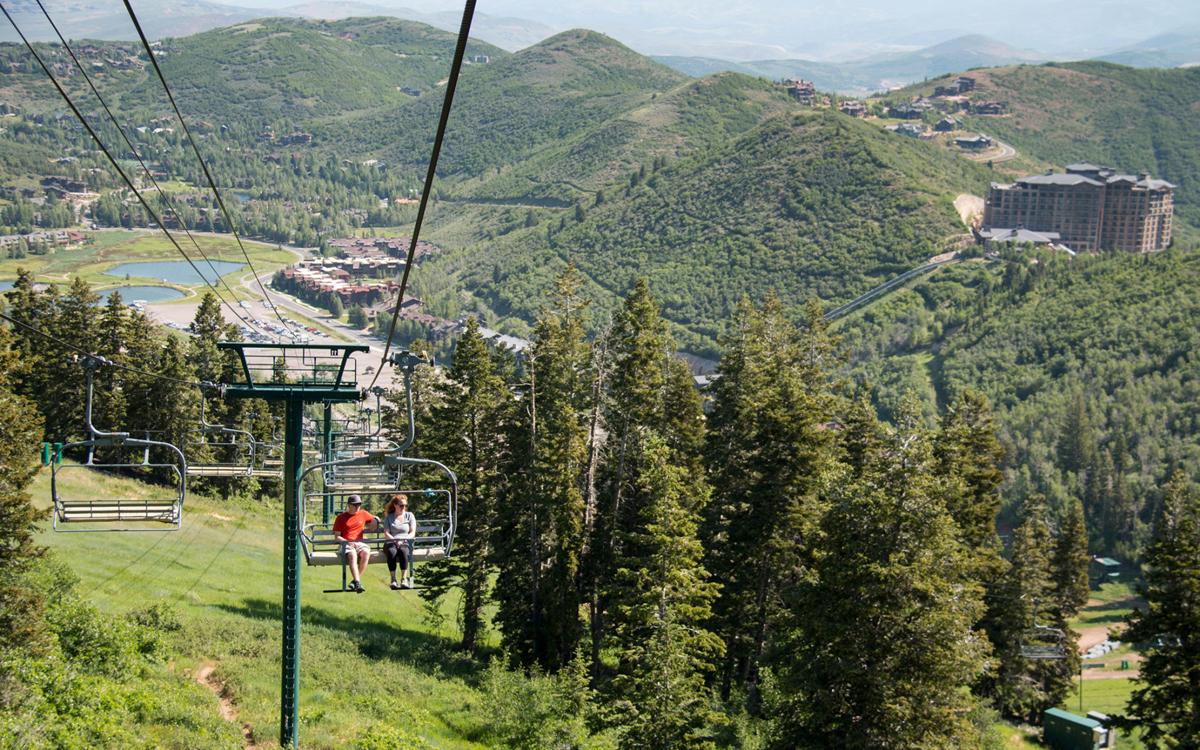 Views from the chair lift 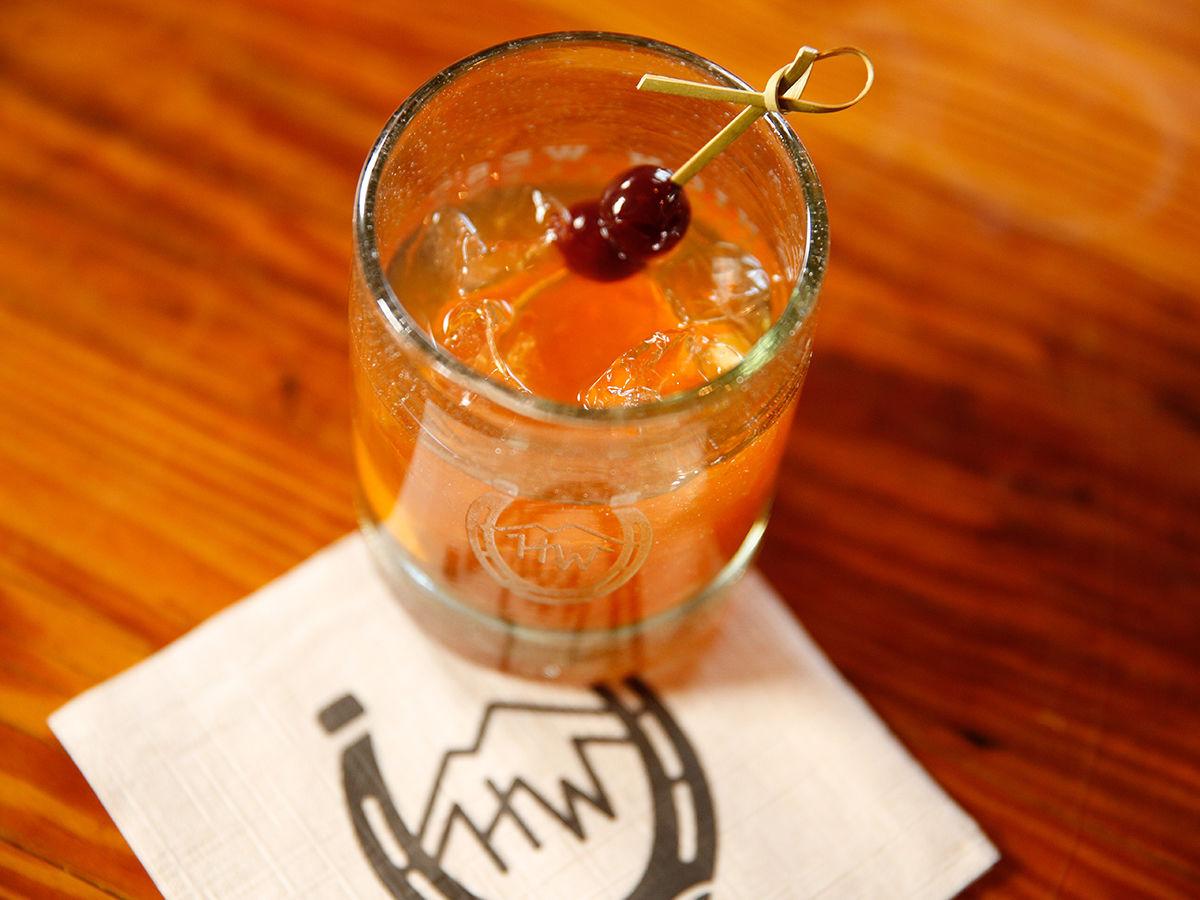 A cocktail at High West Distillery 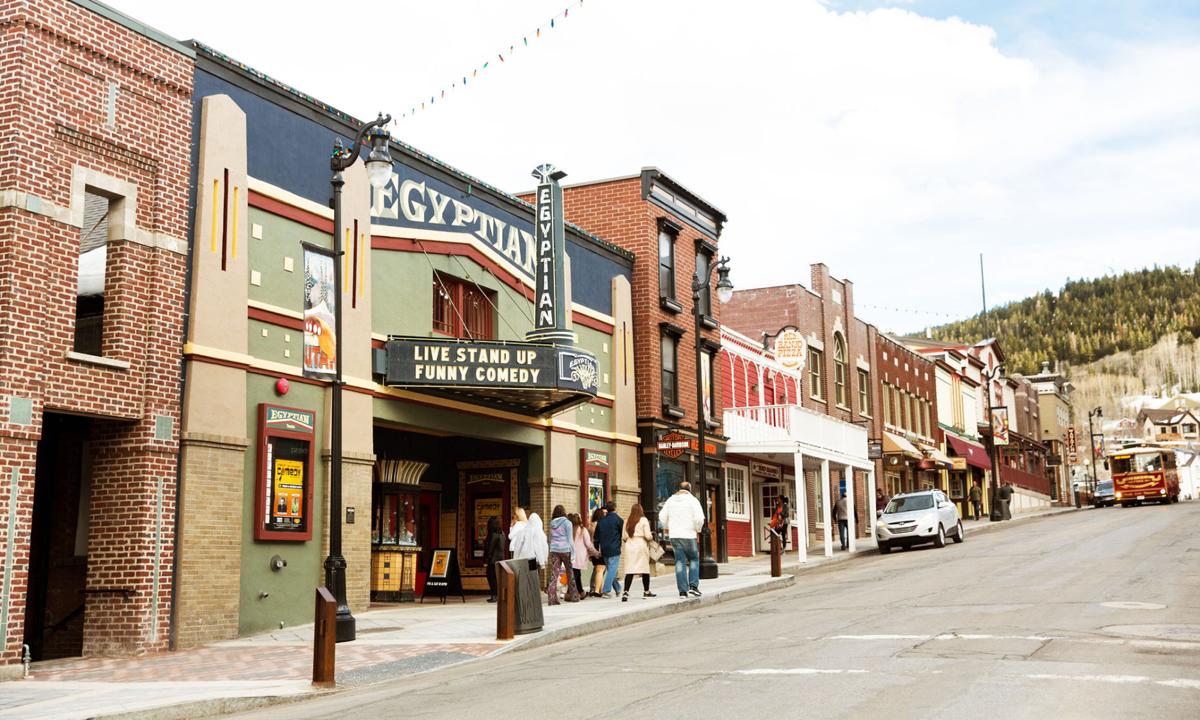 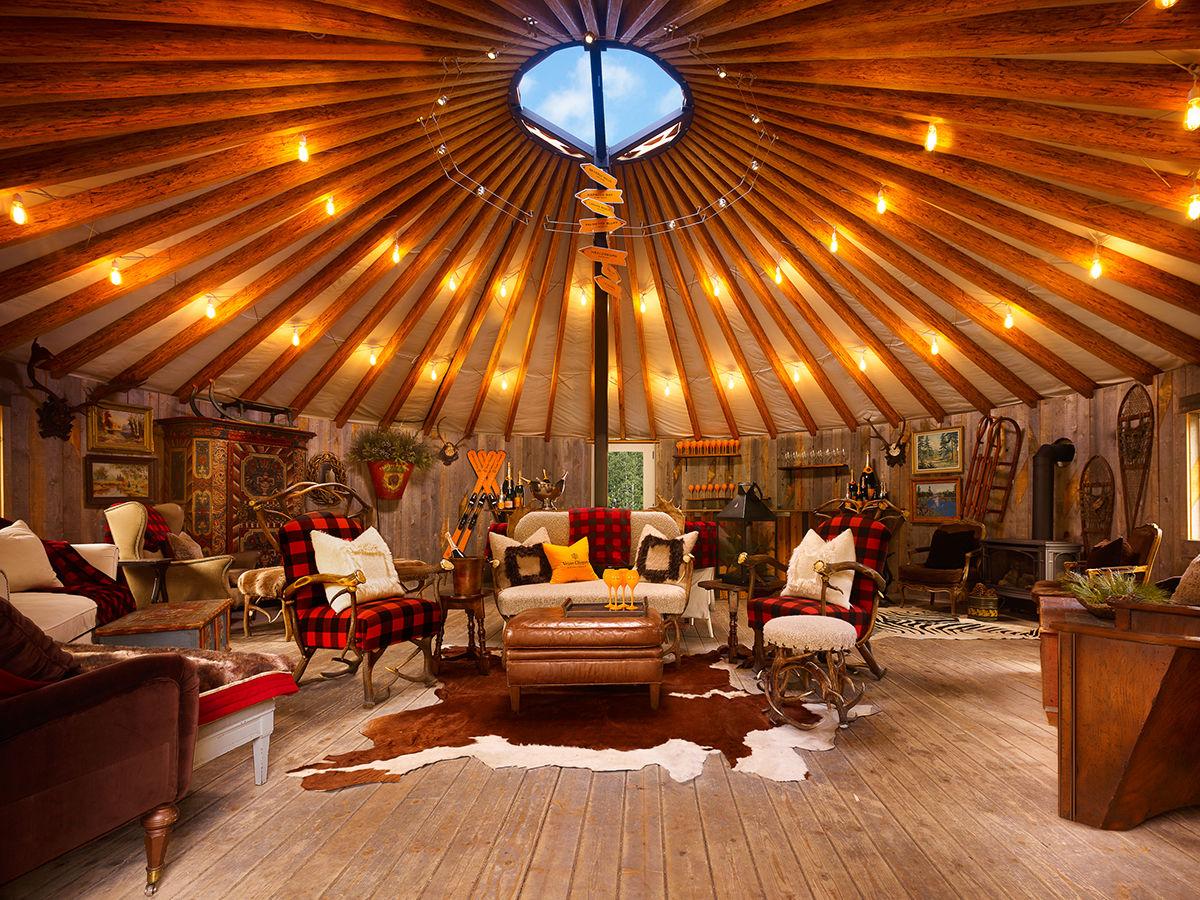 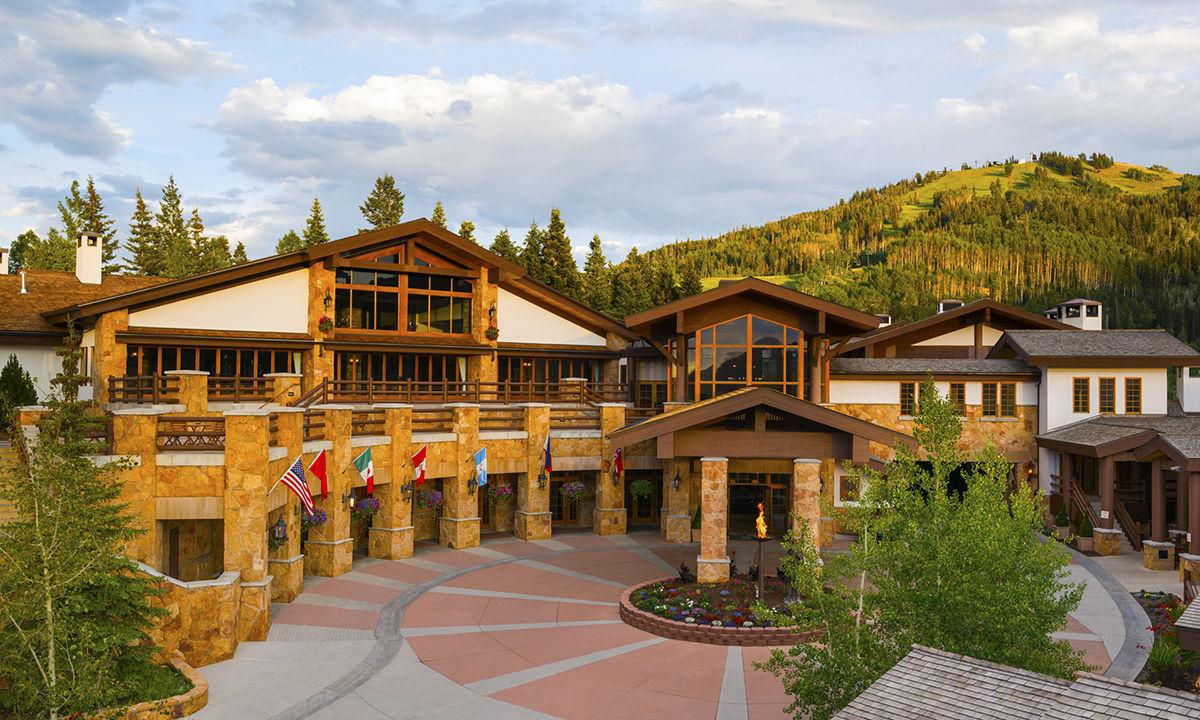 Just a few minutes’ drive from Park City’s Main Street, the 8,500-foot elevation at Stein Eriksen Lodge in Deer Valley puts you at eye level with mountaintops and ski lifts. Dark woods and a Scandinavian design add to the remote mountain lodge feel, and the rooms here are luxurious—several come with a hot tub on their own private balcony. In the off-season, the resort has easy access to several mountain biking and hiking trails, and relaxation options abound when you return. Lounge at one of two outdoor pools, get a treatment at the 23,000-square-foot spa with Vichy showers, or play the world’s largest Pac-Man game while enjoying a cocktail in the game room. The resort is reopening on July 1.

A few slopes west, Montage Deer Valley is another luxurious home away from home with five restaurants on-site, complimentary car service to Park City, and a mountain bike valet. If you come back in the winter months, they have an exclusive Veuve Clicquot après-ski yurt. The resort is reopening on July 1.

Currently under construction is the billion-dollar Mayflower Mountain Resort and development, which will have residences and the world’s largest ski beach when it’s complete.

Although Park City is small, the variety in the dining scene is as impressive as the number of celebrities who visit regularly: high-end sushi, gourmet Mexican, vegan, hip cafés—it’s all here, but be sure to visit one of the classic eateries during your stay.

Start off with a “Goblet of Fire” cinnamon-spiced tea latte or frozen hot chocolate at Atticus Coffee & Teahouse, then browse the collection of used books and quirky literary gifts (they're open for takeout and outdoor dining). Don’t let Twisted Fern’s strip-mall location on Snow Creek Drive fool you. Inside is a sleek and modern temple to Utah’s produce, fresh fish, and locally raised meats, which chef-owner Adam Ross presents in dishes like a hash with trout fillet, chicken-fried portobello mushrooms, and elk sirloin with cacao glaze. The restaurant is open for dine-in and curbside pick-up Tuesday through Saturday.

Whiskey fans won’t want to miss tasting the American Prairie Bourbon and line of ryes at High West Distillery & Saloon. Get a flight of their four flagship spirits and pair it with a charcuterie board, bowl of chili, or the popular extra-large pretzels with beer cheese. They have reopened for dine-in only.

For a white-tablecloth dinner, Glitretind Restaurant at Stein Eriksen Lodge has a small-plates menu with several elegant dishes, like roasted quail salad, duck confit beignets, and ahi chowder, and mains of wild game and fish. The wine list is nearly 90 pages long—the restaurant houses 15,000 different wines in its cellar, the largest collection in Utah.

While Utah’s liquor laws have been influenced by the tenets of the Church of Jesus Christ of Latter-day Saints, you can drink here, and Salt Lake City and Park City have a thriving craft beer scene. Wasatch Brewery on Main Street in Park City is the state’s oldest, and is famous for ales with names that poke fun at stereotypes, like “Polygamy Porter.” In downtown Salt Lake City, Red Rock Brewing and Squatters Pub are institutions, and Desert Edge Brewery serves specialty cocktails on top of its tap list.

In Deer Valley, take one of three chairlifts to access miles of mountain biking trails, four of which were designed by Gravity Logic, the company that built the famous trails at Whistler Mountain Bike Park.

If you want something a little less intense, ride the Silver Lake Express lift to access the hike up Bald Mountain, which will give you the elevation gain (to almost 12,000 feet after less than two miles) and a clear view of the surrounding Uinta Mountains and alpine lakes that dot the forest below. Or, you can take the Sterling Express lift straight to the top and then hike down to mid-mountain.

Catch It If You Can 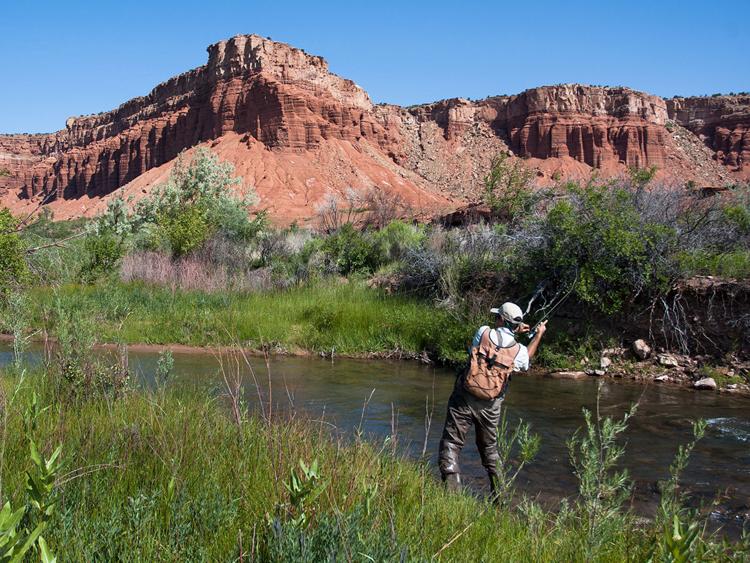 The chilly waters of Provo River are a state-designated Blue Ribbon fishery, teeming with brown and rainbow trout. If you were enamored with the artful way fishing lines were cast in the Brad Pitt film A River Runs Through It, this is one of the best spots to try your hand at the sport.

Book a tour with Wasatch Guide Service, and they’ll pick you up and provide the gear. You’ll suit up in waders and weighted waterproof boots, then hike until you’re greeted by the sound of rushing water. The guide will grab your hand and ease your first steps into the river—the current is deceptively strong, and its bottom is a maze of large rocks. Once you plant yourself in knee- or even waist-deep water, you’re set to cast—the guides demonstrate the beginner’s technique.

Standing in the rushing water and gazing at the nearby mountains, it’s easy to zone out and be overcome with a feeling of peace—no wonder author Izaak Walton called fly fishing “the contemplative man’s recreation.” The only thing that will jar the silence is when the guide yells “Set!” to alert that you caught a fish and it’s time to reel it in. If the trout didn’t get away, the guide will scoop it up with a large net and let you hold it for photographic proof of your catch before sending it back into the river.

An afternoon of fly fishing can be done solo, but also makes for a perfect family outing or even a unique group getaway. Fish on!

Editor's Note: This story was originally published in the April 2020 issue and was sent to press before the mandatory stay-at-home order. The story has been updated to reflect the most current information. Snow Park Amphitheater in Deer Valley is closed, and the Deer Valley Concert Series has been canceled. The Park Silly Sunday Market has been postponed until next summer; several of the market's vendors are selling their goods online at parksillysundaymarket.com.