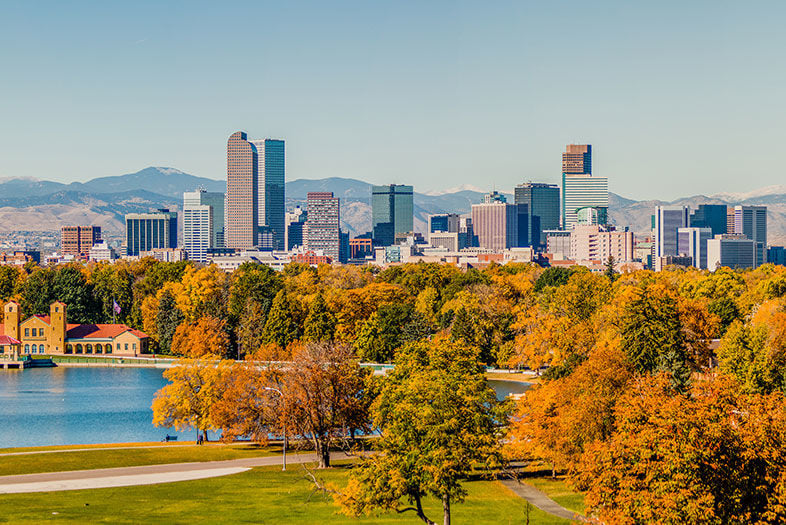 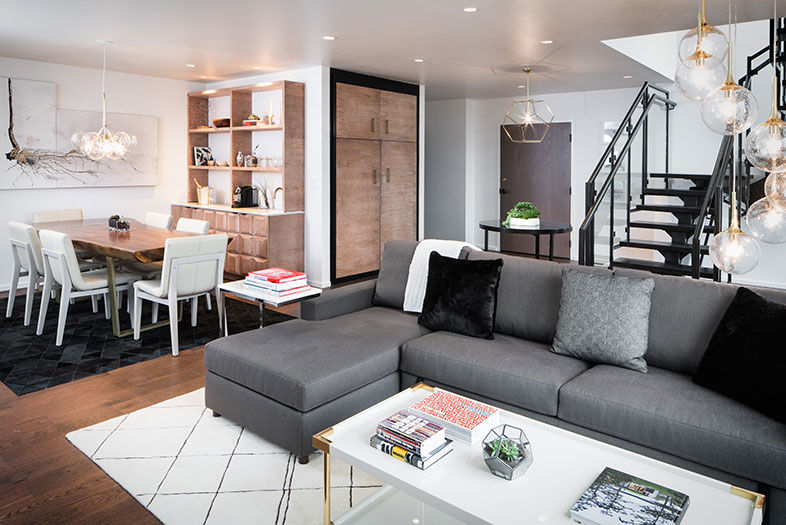 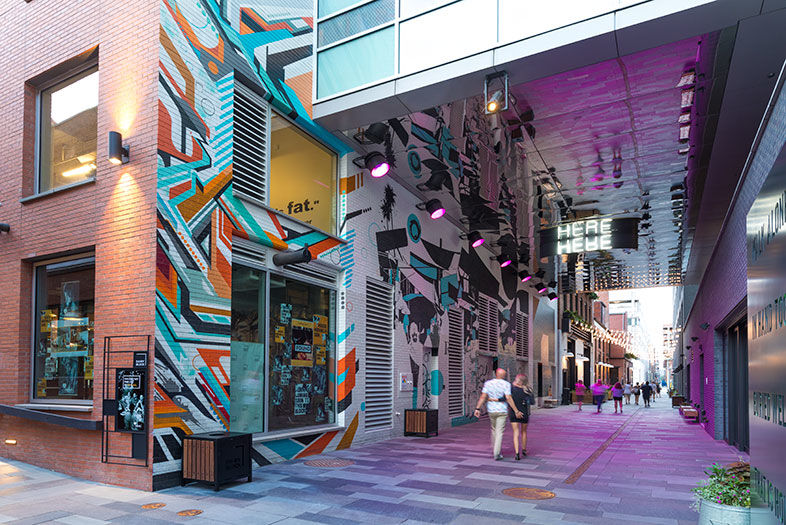 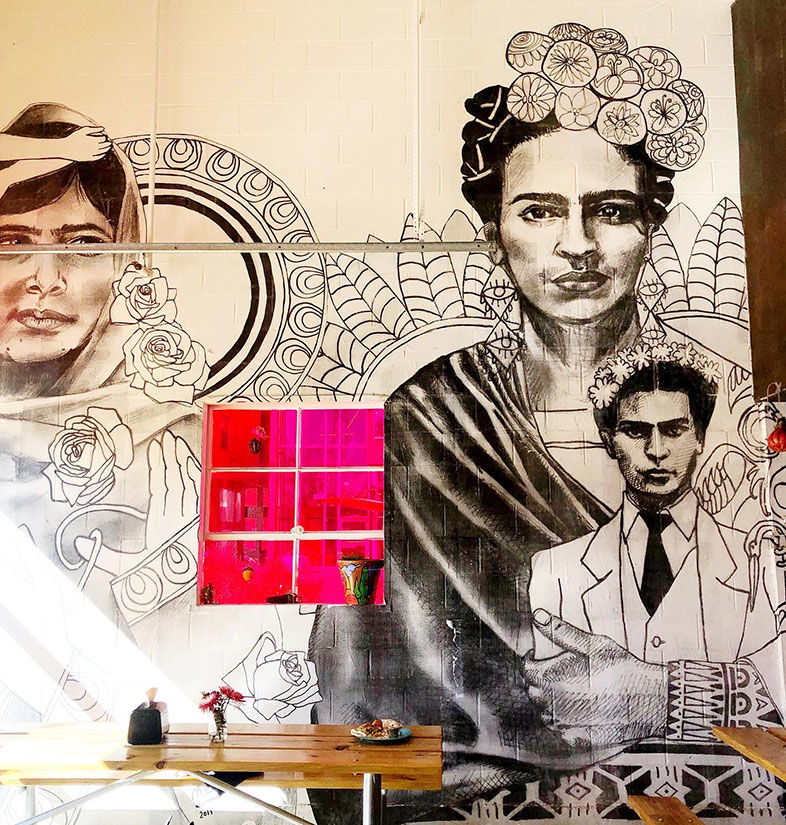 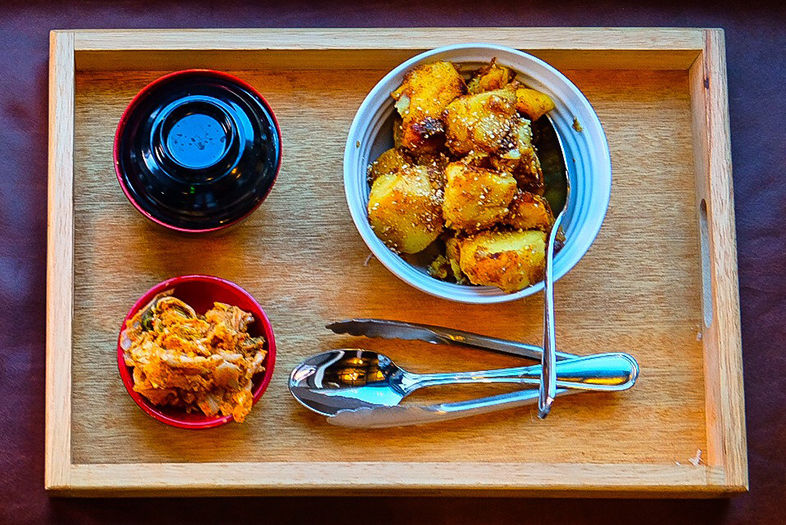 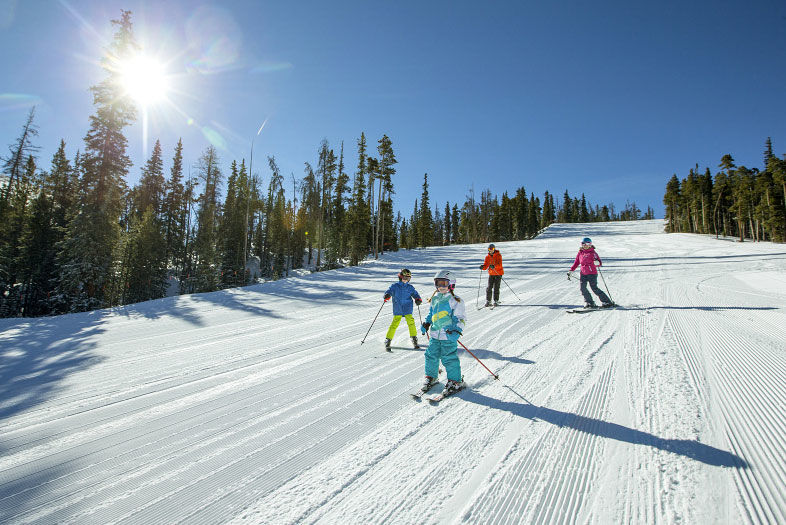 Four miles from downtown, Halcyon Cherry Creek (doubles from $389) makes for a relaxing home away from home. Housed in a former post office, the hotel is modern and packed with amenities like nightly wine and beer pours, complimentary passes to the Denver Botanic Gardens, free sled and other gear rentals, and a heated pool (with mountain views) open year-round. A location in the tony enclave of Cherry Creek means you’re close to chic boutiques and fitness studios; Halcyon can arrange free classes at nearby SoulCycle and other participating studios as part of its Wellness Passport. Pro tip: Ask the front desk about their in-house speakeasy.

For your morning cuppa, look for local roasters Huckleberry and Middle State at their own cafés, as well as in other coffee shops around town. You can dine on unique brunch dishes at Stowaway Kitchen, a charming eatery run by a New Zealander and his American wife that slings international fare like Japanese asagohan (traditional breakfast of grilled salmon, toasted nori, rice, and a poached egg).

Eat lunch at one of Denver’s many (many) food halls, spread across the city. The most bustling is Denver Central Market, but don’t overlook Reunion Bread Co.’s Portuguese pastries at The Source, Vinh Xuong’s bánh mì at Zeppelin Station, Quiero Arepas at Avanti Food & Beverage, and everything in between at Denver Milk Market. By far the best Denver lunch experience is Comal Heritage Food Incubator, which teaches female refugees from Syria, Iraq, Ethiopia, El Salvador, and Mexico how to run a restaurant. On weekdays from 11 a.m. to 2 p.m. the women make fresh meals for the public (Mexican food Monday through Thursday; Syrian and Iraqi on Fridays).

There are plenty of places to tuck into a cozy dinner. The no-reservations, dinner-only ramen restaurant Uncle has been hailed as the city’s best, but you’ll probably have to wait. Denver’s current crown jewel is The Wolf’s Tailor, named one of Bon Appétit’s top 10 American restaurants of 2019. Order the gnocco—a one-piece take on gnocci made with bran left over from their other pasta-making. Reservations are a must, and while they do have heated outdoor seating, nab a seat at the bar to see the chefs and bartenders in action.

You’ll find breweries all over the city, but RiNo has a string of lively options along Larimer Street, like Ratio Beerworks and b. On January 25, the Winter Brew Fest returns to Denver with over 100 beers, ciders, and hard kombucha to sample from 40 local and national breweries.

If you want to take the Mile High moniker a little more literally, you can visit one of the city’s many dispensaries (Colorado was one of the first states to legalize marijuana, in 2012). Diego Pellicer offers edibles, concentrates, and prerolls in a high-end space decked out in dark wood, glass cases, and houseplant greenery. For something simple and modern with plenty of Denver locations to choose from, head to Native Roots. You’ll also see CBD on menus around town, like at Habit Doughnut Dispensary, which offers donuts and coffee, both of which can get a hit of CBD butter, tinctures, or bitters.

Denver is a city of distinct, village-like neighborhoods. In Lower Downtown (LoDo)—home to the historic Beaux-Arts Union Station—you can walk the Dairy Block mini district, which recently welcomed Free Market, a collective of cool-kid retailers like Alchemy Works and Clare V. under one roof.

The growing Golden Triangle Creative District touts the excellent Clyfford Still Museum—displaying works by the abstract expressionist who came up in the Rothko and Pollock era—and indie shops like Queen City General Store and Meek Vintage. Tennyson Street in the Highland neighborhood has a community vibe with tree-lined streets, signs for stroller parking, and boutiques like Miller Lane Mercantile.

The Santa Fe Arts District stretches from Seventh to 12th avenues on Santa Fe Drive and is packed with more than 30 galleries and respected local institutions like Su Teatro and Museo de las Americas, both of which pay tribute to the neighborhood’s Latin history.

But at its core, Denver is all about the outdoors. And with a climate this dry, sunny, and mild, don’t be surprised to see 60s and 70s in the winter.

From City to Slopes

Whether you want to ski, shred, or kick back in a hot tub, there are plenty of snowy retreats less than two hours from the city

If you don’t have a car

If you want to ski all day (and night)

If you want laid-back

What Arapahoe Basin lacks in size, it makes up for with steep runs, a distinctly local vibe, and holding the title of Colorado’s longest ski season. Or venture to Breckenridge, a more tucked-away option and the nation’s highest ski lift at nearly 13,000 feet.

If you want luxury

Vail is one of the country’s premiere ski destinations, thanks to over 5,000 skiable acres, and high-end restaurants and spas to keep you busy après-ski.

If you plan on suiting up for more than one slope this season, Epic’s all-access pass gets you entry to over 30 destinations, including resorts in Vail, Park City, and Lake Tahoe’s Heavenly. From $112 for a day pass