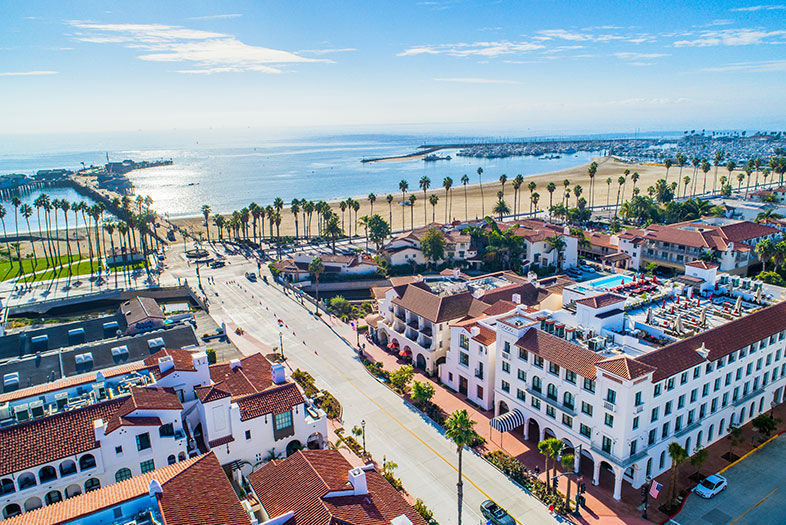 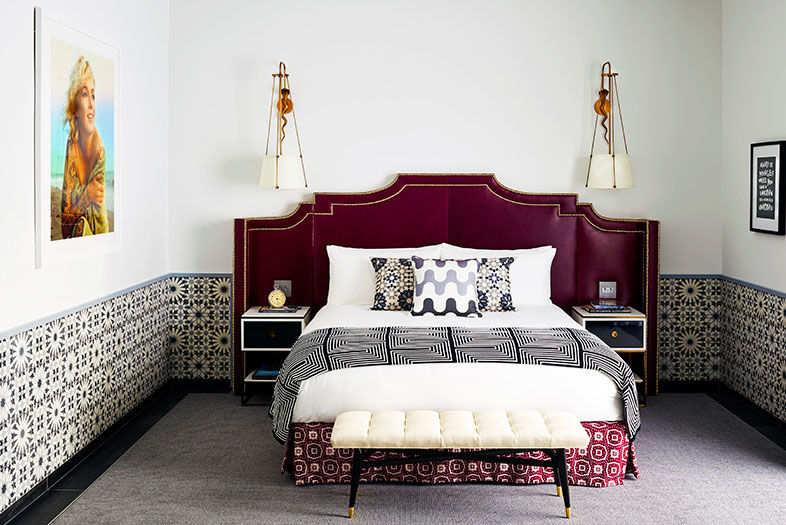 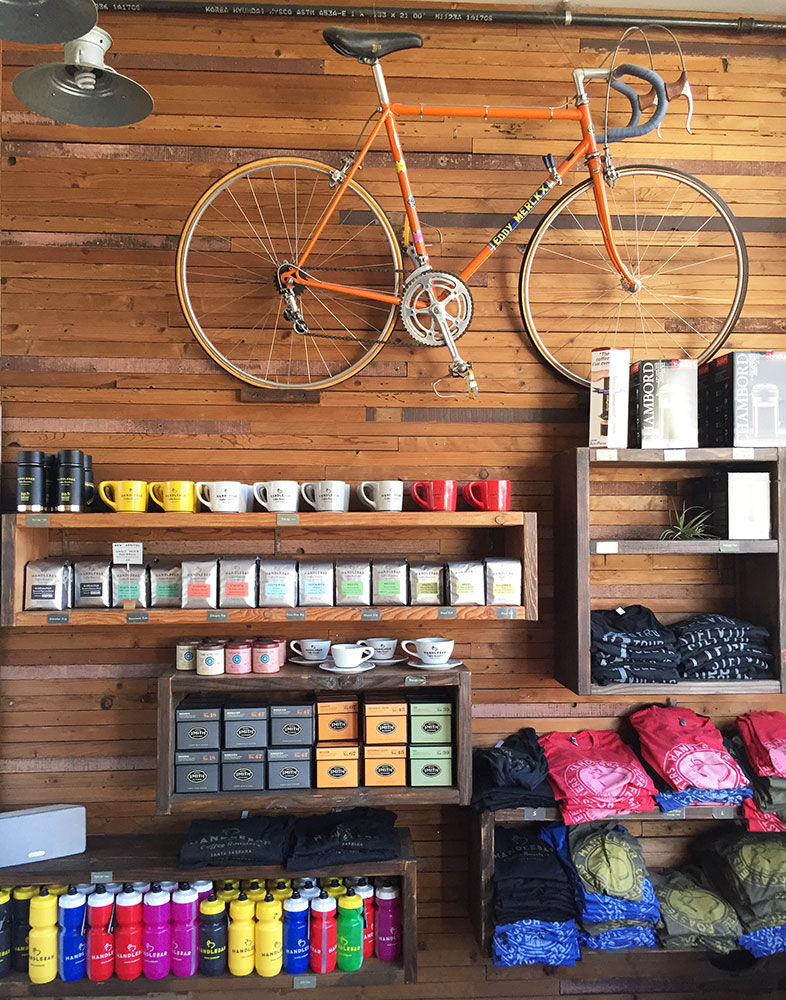 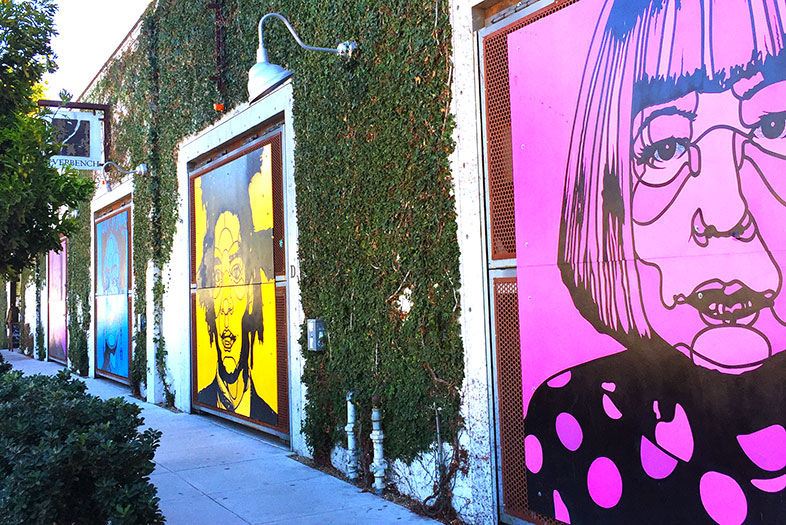 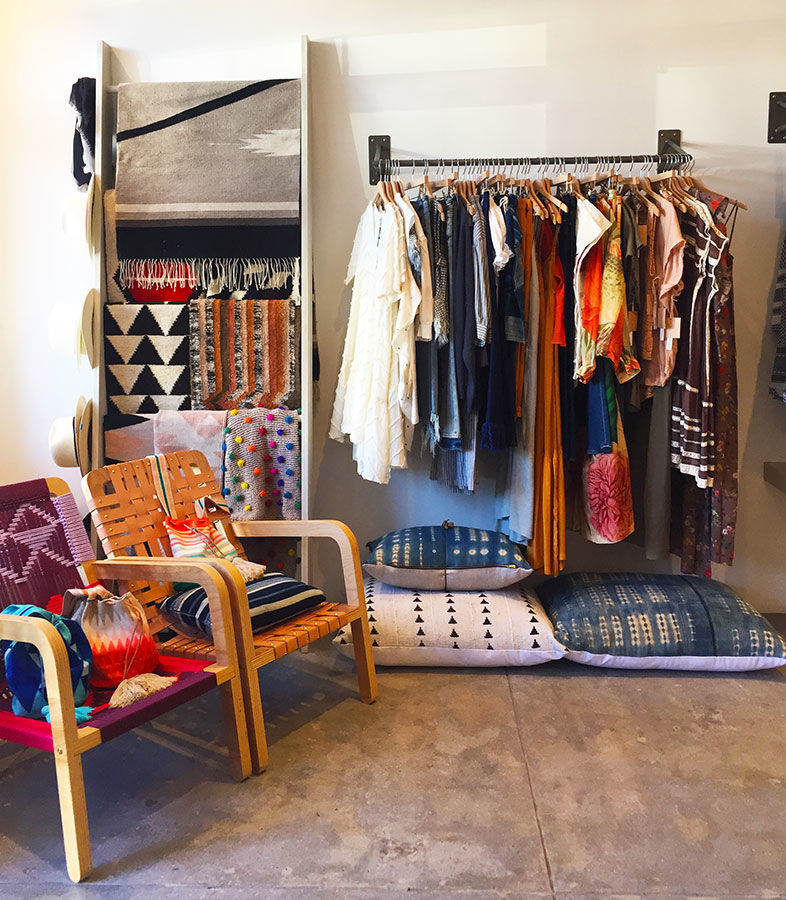 Dripping in Spanish Colonial Revival architecture and Moroccan design details, the new Hotel Californian (rooms from $550) is split into three buildings connected by open-air walkways, gardens, and fountains. The 121 rooms have a glamorous, art deco vibe in jewel tones, with Moorish-inspired tiles and large-scale photos of Hollywood icons—like a tattoo-covered Marilyn Monroe digitally altered by artist Cheyenne Randall—as a nod to Santa Barbara’s film industry past. Located near the Amtrak station, it’s close enough to walk to State Street’s restaurants and boutiques without being in the thick of things.

Closer to the airport is the beach-chic Kimpton Goodland (rooms from $175), a hip 158-room property with a bohemian SoCal vibe and nostalgic American accents, like a vintage Airstream and in-room record players. There’s a heated outdoor pool, a casual eatery serving international street food, and free bikes to borrow.

One of the most popular cafés is The French Press, whose Anacapa Street location offers more legroom than the older one on State Street. You’ll see a mix of families, students, and couples lingering over espresso drinks and laptops. For a more off-the-beaten-path cuppa, stop by Handlebar Coffee Roasters, started by former pro cyclists. Get a cappuccino and take it to their charming side patio.

A one-stop shop of local culinary talents, the indoor Santa Barbara Public Market has vendors slinging Thai food, pizza, poke bowls, you name it. Don’t miss the creative tempura cauliflower date taco at Corazon Cocina, and despite the lines you’ll see at McConnell’s Fine Ice Creams in town, we think the organic scoops at Rori’s inside the market are even better.

Avocado toast, chia seed pudding, croissants, and falafel-quinoa bowls are all on the menu at Goat Tree. It may be a part of Hotel Californian, but the bright, beautifully designed space is a far cry from generic hotel cafés. You’ll spy plenty of locals dining from morning through evening, too. Settle in for a cozy dinner at the hip Loquita, a dinner-only Spanish restaurant on lower State Street with a warm midcentury modern interior and lively bar area, plus an outdoor patio flanked by bougainvillea and string lights. The menu focuses on tapas, and paellas that take 30 minutes to prepare. We suggest sipping one of their inventive gin and tonics while you wait.

Odd moniker aside, the Funk Zone neighborhood is home to a dozen Santa Barbara wineries in converted warehouses splashed with murals and other artwork. One of the top picks is Santa Barbara Wine Collective, with its leafy patio and the popular Helena Avenue Bakery inside. Elsewhere in the city, sip on excellent pinots noirs at Au Bon Climat, a longtime favorite local winery.

Launched by a local mom who named the boutique after her two sons, the new Jake & Jones in the up-and-coming Presidio neighborhood is lined with trendy brands including Diane Von Furstenberg, Carolina K, and Vince, but she also sells home decor, pet accessories, and coffee-table books.

Around the corner, you’ll find Make Smith, a shop run by third-generation leather craftsmen selling totes, key chains, bags, and dog collars—all of which are made on-site. They’ll even emboss your item, though it takes two days.

If your style leans vintage, explore The Blue Door in the Funk Zone. Unlike some antique shops that look like a random assortment of knickknacks, this three-story space is packed with wow-worthy finds—think midcentury modern furniture, Catherine Holm kitchenware, and new items like locally poured candles. Also in the Funk Zone, The Shopkeepers is led by a married couple who have stocked their shop with stationery, apparel, and eco-friendly beauty products.

Government buildings aren’t usually a must-see. Not so in Santa Barbara, where the historic County Courthouse demands time on the itinerary. The building itself is impressive, a shining example of Andalusian Spanish architecture down to the ornate lamps, but it’s the (free!) panoramic view from the rooftop that will make your jaw drop. Save time to hang out on the wide grassy lawn behind the courthouse, where you’ll spot families with their dogs and little ones.

Less than two miles outside of town, Old Mission Santa Barbara is one of the city’s other crown jewels. The 1786 landmark is the tenth of California’s 21 missions and offers self- and docent-led tours of its 13 acres, including the church, cemetery, and museum. Or, just pack a picnic and take in the views from the grassy lawn and ample rose garden, home to more than 1,500 varieties of the bloom.

For something a bit different, reserve a slot at Salt, the largest underground crystal salt cave in North America. Dress comfortably for the 45-minute session, where you’ll recline in zero-gravity chairs inside an artificial cave made of Himalayan pink salt, whose microparticles are said to reduce lung inflammation, ameliorate asthma, and ease congestion.

Got the kids with you? They’ll go wild in Moxi, a new 17,000-square-foot museum with hands-on exhibits spread across three stories. Activities include creating sound effects for a film clip, launching air rockets, and experimenting with 3-D printers.

While there are no nonstop flights, connecting at LAX is a common route. If you’d rather travel by car or train, it’s about five hours from downtown San Diego. Within Santa Barbara, there’s an open-air electric shuttle that traverses State Street for $0.50 per trip.