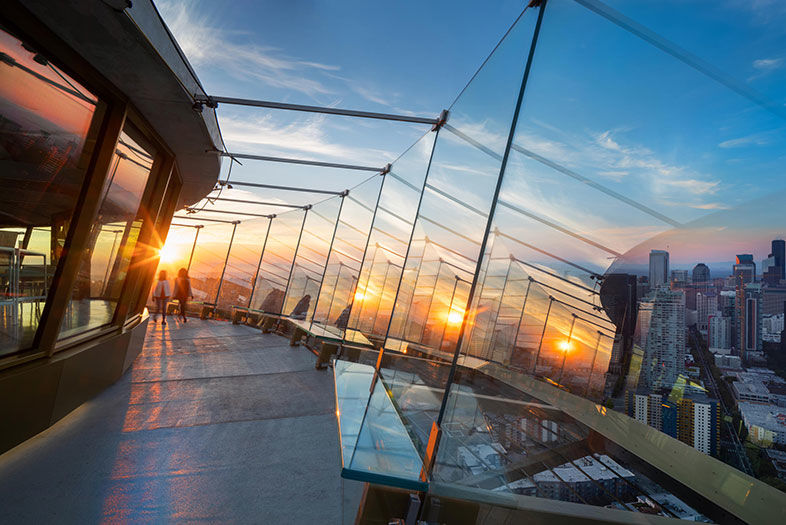 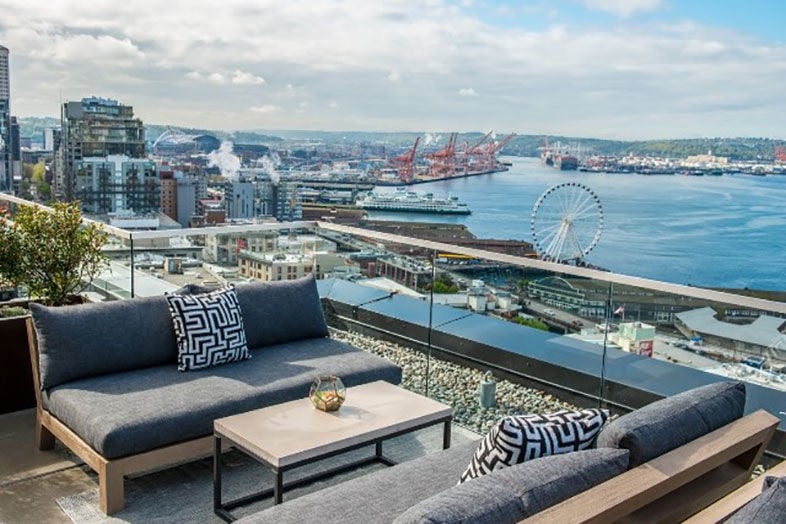 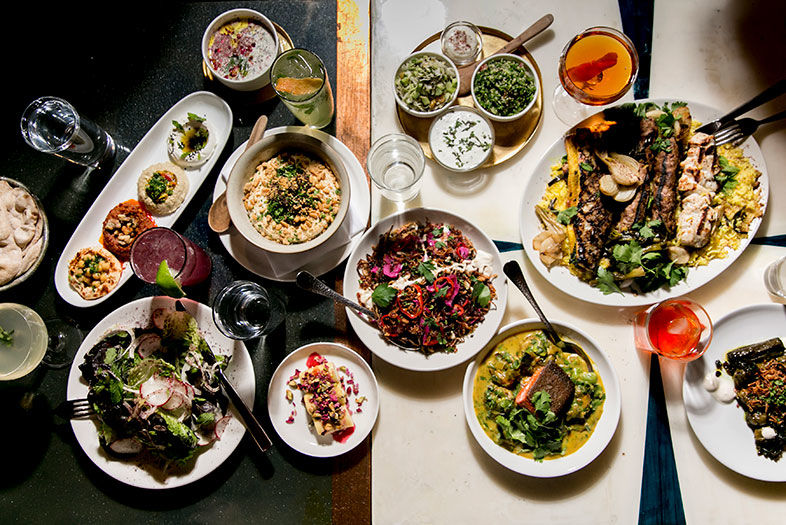 The city that gave the world Nirvana, Starbucks, and Amazon is just a three-hour flight from San Diego, and there are more options to get there since commercial flights began serving Paine Field (about 25 miles north of downtown). Alaska Airlines flies direct from SAN and tickets are often cheaper than flying into Sea-Tac—it’s also less crowded.

Book a room at the Thompson Seattle for a luxe address just one block away from the famous Pike Place Market and Elliott Bay waterfront. The hotel’s rooftop bar, The Nest, has a glam LA vibe and arguably the best view of the city. Sip a craft cocktail as you watch ferryboats glide through Puget Sound, and at night, the giant Ferris wheel near the waterfront at Pier 57 lights up as it spins. Conversation, the hotel’s brand-new restaurant, encourages guests to put their phones away during dinner. It’s a cruel rule since everything chef Derek Simcik cooks up is so Instagrammable: freeze-dried foie gras that melts in your mouth, a crispy, sous vide pig’s head served with red leaf lettuce for wrapping, rabbit meat in a beet roll-up, and green apple cake and matcha ice cream packed inside a globular sugar shell that you have to shatter with a spoon.

What to Eat and Drink

For a taste of the city’s lively culinary scene, head to Capitol Hill for Mamnoon, an award-winning Lebanese and Syrian restaurant run by Top Chef alum Carrie Mashaney that shows how incredible a simple pita bread and hummus can be. Don’t miss the jujeh e-kuku, grilled chicken seasoned with black lime and sumac, and a bottle of 961, a craft beer from Lebanon. Taylor Shellfish restaurants are a staple for seafood lovers who want to chow down on fresh oysters, which are harvested from a family farm that’s over 120 years old. Order the Shucker’s Dozen, and try the geoduck (pronounced "gooey duck"), a giant clam native to the Pacific Northwest, in sashimi form or mixed in a thick chowder. Take a quick day trip east to Woodinville to tour the Woodinville Whiskey distillery and learn everything about how the barrel-aged spirit is crafted.

The observation deck at the landmark Space Needle looks nothing like it did back in the Sleepless in Seattle days. It got a $100 million makeover and now has clear glass panels and inclined glass benches you can lean into for unobstructed views of the city. Not afraid of heights? Head down the suspended Oculus Stairs to the Loupe, a revolving glass floor you can lie on and peer 500 feet down below.

Not stopping by Pike Place Market while you’re here would be a crime. After strolling through the main arcade and watching the workers at Pike Place Fish Market toss fresh catches around, stop at Beecher’s Handmade Cheese to sample the famous white cheddar and watch curds and whey being mixed in a huge vat on-site. For a quick portable snack, go to City Fish Co. and ask for a crab cup: a generous serving of Dungeness crab meat and cocktail sauce for just $12. Don’t forget to take home smoked salmon—especially the Copper River salmon, which is only available early to mid-summer.