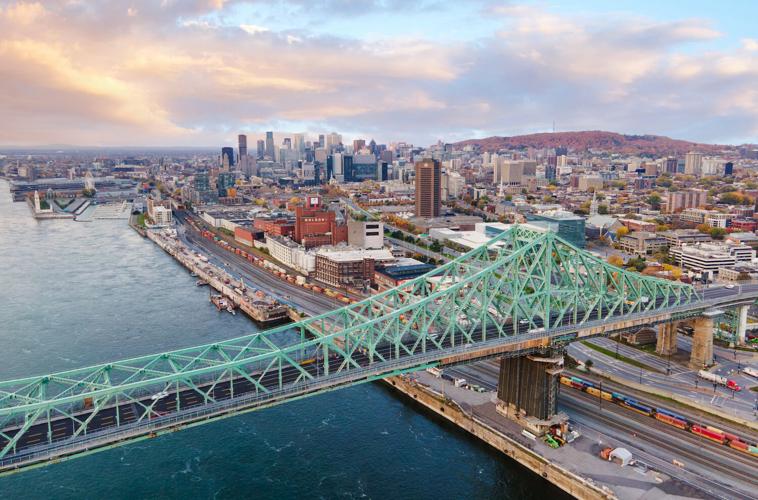 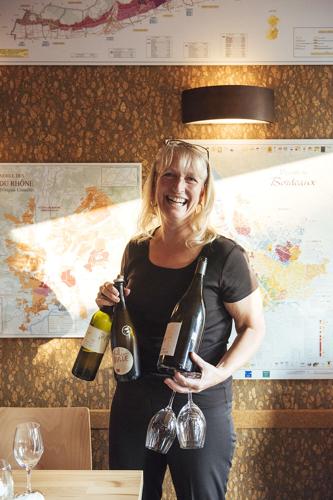 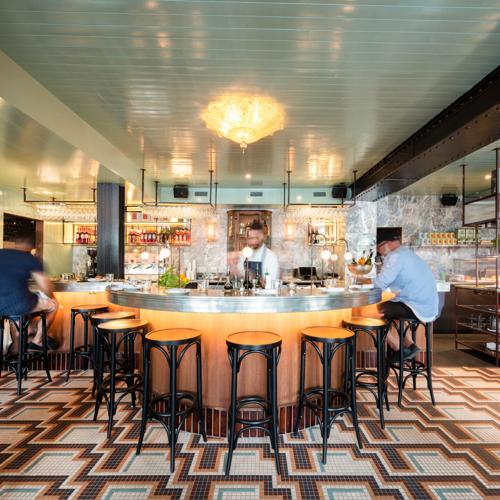 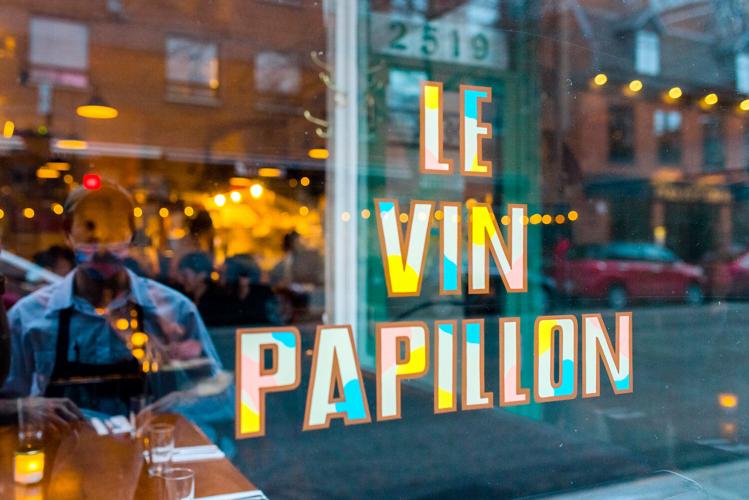 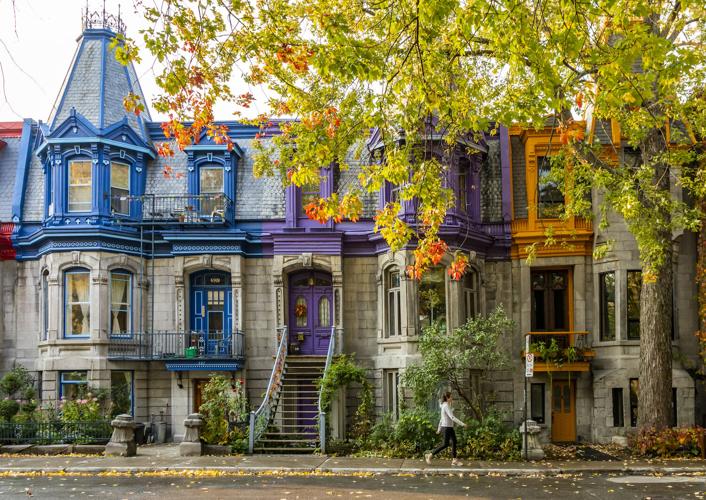 For years, Montréal’s menus flaunted gut-busting delicacies like reindeer sausage, buttered whelk, and duck fat poutine—a delicious legacy of hundreds of years of French colonial influence, a pioneering spirit, and freezing winter temps. Today, drinkers and diners in “the city of 100 steeples,” as Mark Twain called the city in its more pious days, have embraced the lighter side of Québécois fare. Chefs are pairing fresh produce with natural wine, resulting in a veritable wine bar boom.

As a result, the still very French city on the St. Lawrence River has become the North American capital of natural wine. Many of the top players, from bar owners to importers, are women. They’re behind the scenes, often working together, creating a buzz so fierce that it’s increasingly rare for a new restaurant to open without natural wine on the menu.

The natural wine movement started in Paris as far back as the 1980s but really blossomed in the early aughts. Momentum has only increased. More an ethos rather than a strict set of guidelines, so-called “natural” winemaking favors organic farming techniques, lesser-known grapes, no added sugar, native yeasts, and other lower-intervention winemaking practices.

According to Grand View research, organic wine, which can be considered under the natural umbrella, is set to grow 10.2% a year to become a $21.5 billion industry by 2030. Despite the culinary connection between France and Québec, it took a few years for Montréalers to catch on. So, when the UK-based, French-born Travel Channel host Isabelle Legeron first visited the port city almost a decade ago, she was “blown away” by the number of bars and shops selling natural wine.

Legeron, who created the Raw Wine festival and was France’s first woman Master of Wine, credits the boom with the city’s historical focus on epicureanism. “The French connection is powerful, and natural wine has always been linked to gastronomy,” she says, noting natural wine often captures the imagination because it requires a bit of storytelling and passion. “Montréal is one of the most exciting places to visit when you’re a natural wine lover. It’s never hard to convince people to visit–especially the brewers.”

As one of Québec’s most celebrated sommeliers, and owner of Soif Bar à Vin, Véronique Rivest believes the rise in natural wine has to do with the region’s open mindedness. “Québecers...are great food and wine lovers, and underlying this is a love of ‘convivialité—spending time around a table, eating, drinking, and talking,” she says, noting her favorite bar is Pullman, which many consider the first great natural wine bar in the city.

Kim Urbain, head sommelier at the celebrated Foodlab— known for seasonal menus served in the Society for Arts and Technology’s cutting-edge headquarters—says natural wine is “fun, surprising, and full of colors,” like Montréal. As for why so many women are its driving force, Urbain admits she’s not sure. But, she notes, natural wine attracts “thinkers and revolutionaries, and, inevitably, women. We challenge the old ways of doing things in the wine industry and society. There is a real shift happening.”

Urbain and Foodlab host women-only tastings year-round, including women produced wines provided by importer Le Vin Dans Les Voiles. “I am drawn to natural wines because I love to sense a connection with the earth,” says Le Vin’s co-founder, Julie Audette. “I love the magic of winemaking. Maybe it’s innate to grow something and nurture it. Maybe it’s a question of authenticity, to be more in tune with our emotions.”

Regardless, Audette believes the rise of natural wine in Montréal has much to do with local sensibilities and its draw for young and experienced chefs, inventive sommeliers, and ambitious restaurant owners. “In Montréal,” she says, “people care about what they consume.”

A City for Toasting

Of course, one need not be a woman or even knowledgeable about wine to experience the city’s booming natty revolution. On any given Saturday, locals and visitors pour into the William Gray Hotel to sample natural frizzante and fresh crevettes croustillantes overlooking Place Jacques-Cartier at the rooftop bar and terrasse Perché. At Ratafia in Little Italy, natural Ribelle and Riesling perfectly enhance delicate fresh prosciutto and melon reams. Meanwhile, newer spots, like Un po’ di Pi, offer small bites and organic bubbles with riverside views. Restaurant Pastel champions Québec produce curated from local farmers, paired with crisp whites and vibrant orange wines.

One standout spot is the recently expanded Vin Mon Lapin, the brainchild of sommelier Vanya Filipovic, former beverage director of the famed Joe Beef, and her husband, chef Marc-Olivier Frappier. They fuse their comprehensive knowledge of natural wines with locally-sourced small plates like Gaspé Halibut with sunflower seeds or sea urchin omelet.

At Le Vin Papillon, the pair’s sister venue, more than 300 carefully chosen wine labels encourage a leisurely evening of sampling. Entering the scene with a pop, Barbara, a white-hot new spot from chef and restaurateurs David Pellizari and Catherine Draws, serves elevated Italian fare and wines creatively classified by character and emotion rather than color. And at longtime favorite Candide, wine director Emily Campeau and chef John Winter Russell pair local and seasonal produce with an haute rustic charm on the Rue Saint-Martin.

It’s also worth driving the Brome-Missisquoi Wine Route—90 lush acres of vineyards dotted with traditional farms just 20 miles from downtown Montréal. Many of the area’s farmers have pivoted to natural wine as demand continues to grow—a trend also seen in Europe, where most natural wine is produced. According to Beverage Daily, the area dedicated to growing organic wines in Spain has grown 522% in the last decade.

Clinking glasses in the City of Saints has never been easier for San Diegans, thanks to a brand new direct Air Canada flight that runs three times a week. In September, it increases to five, most likely to ferry snowbirds from Québec to the beach more easily. But our city’s tax dollar boost is also our gustatory gain. Á votre santé!