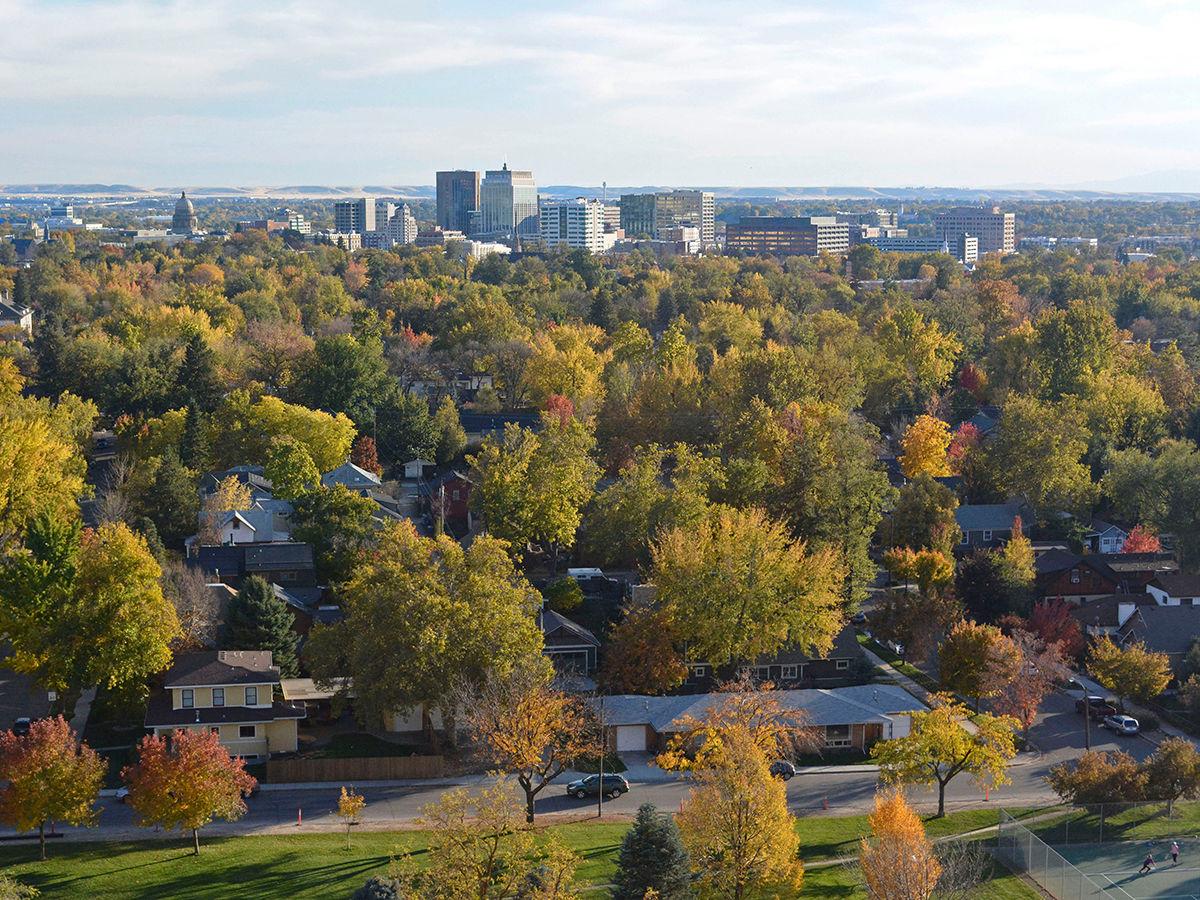 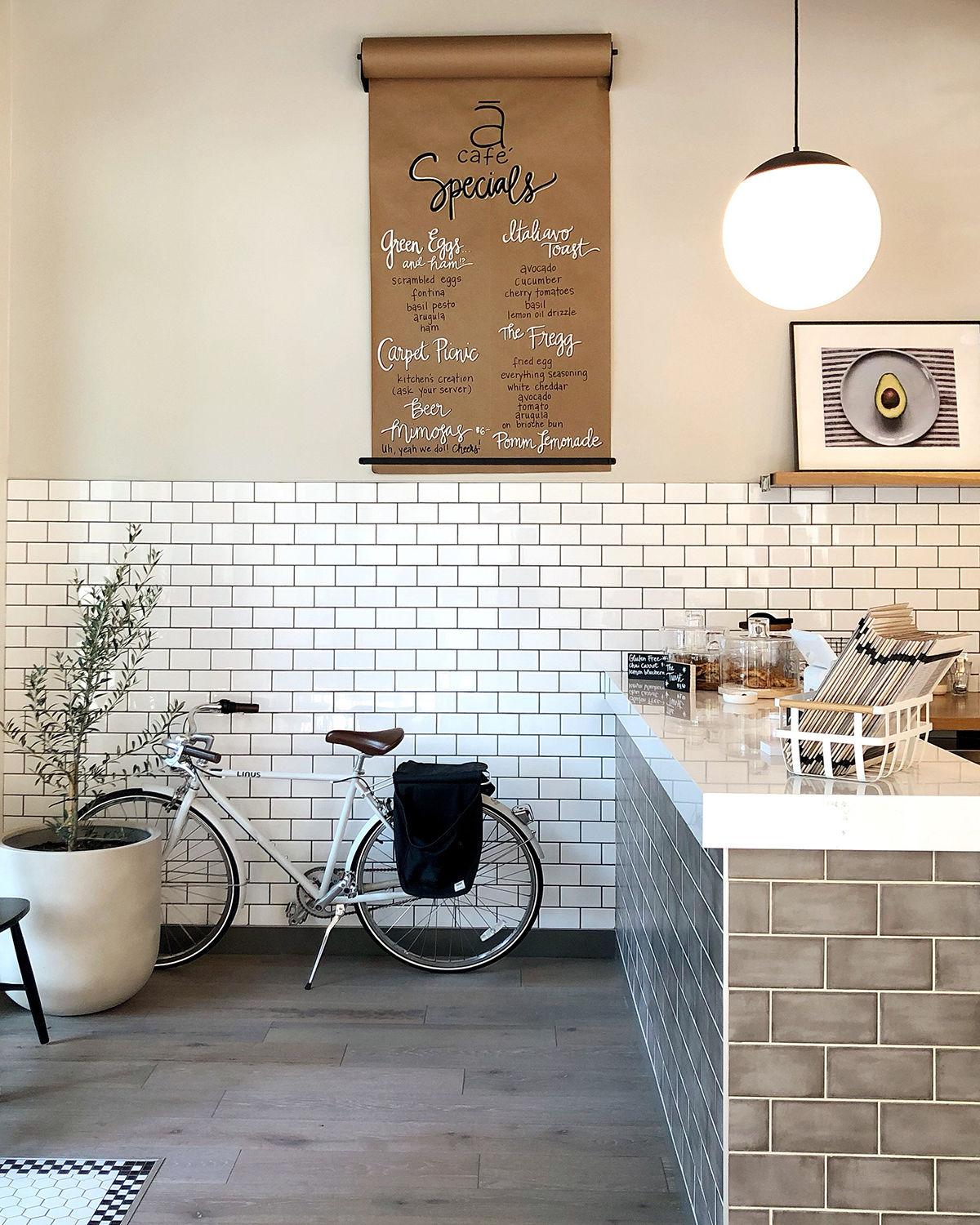 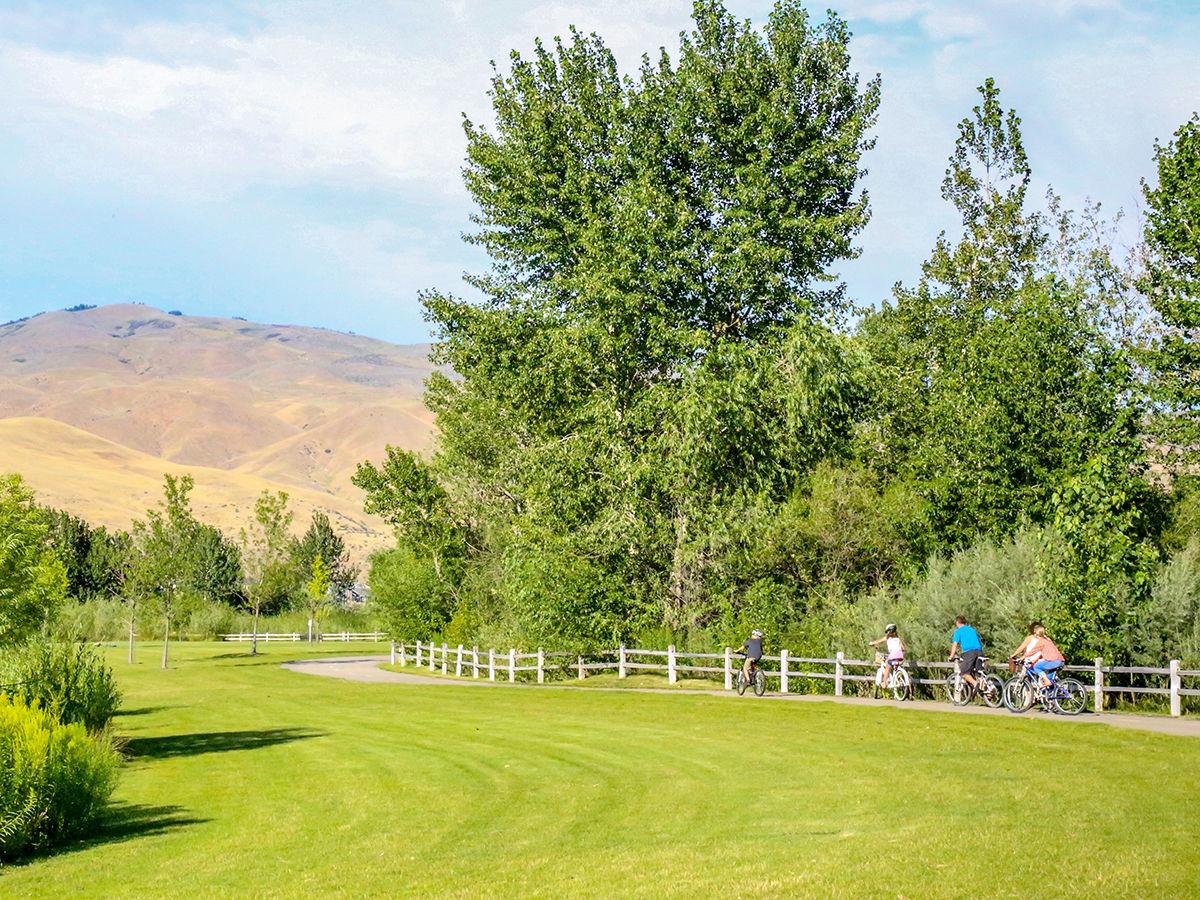 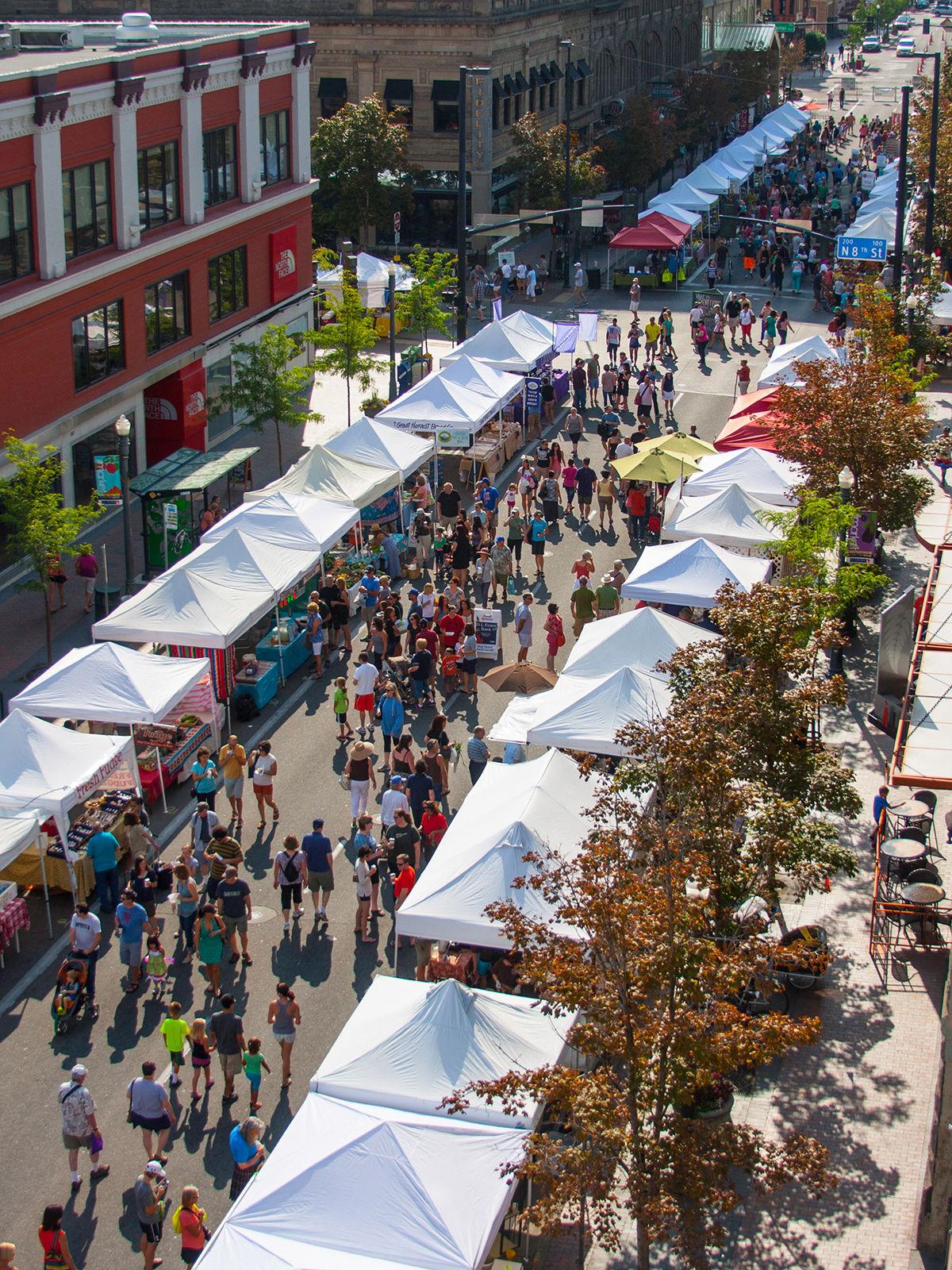 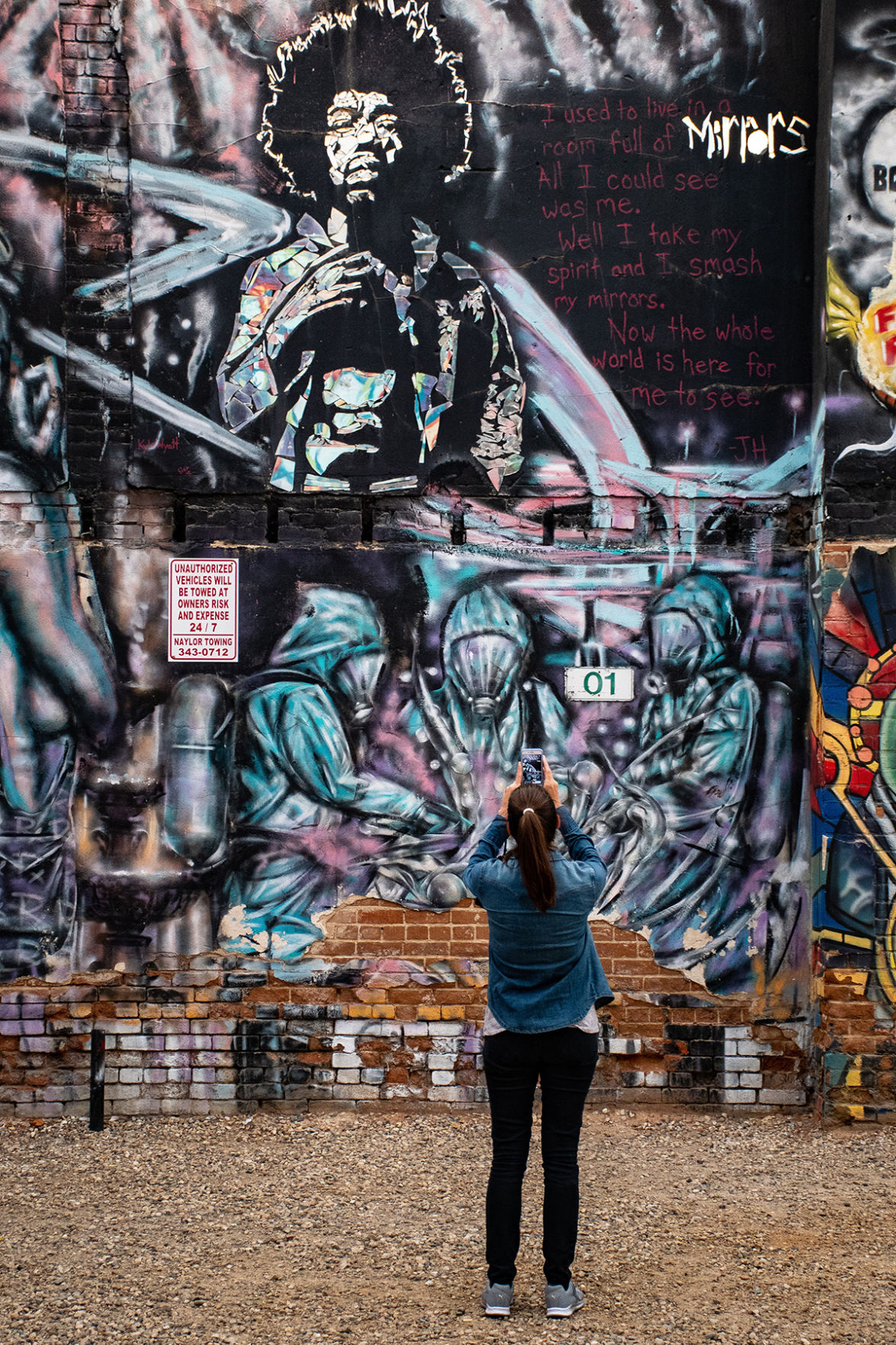 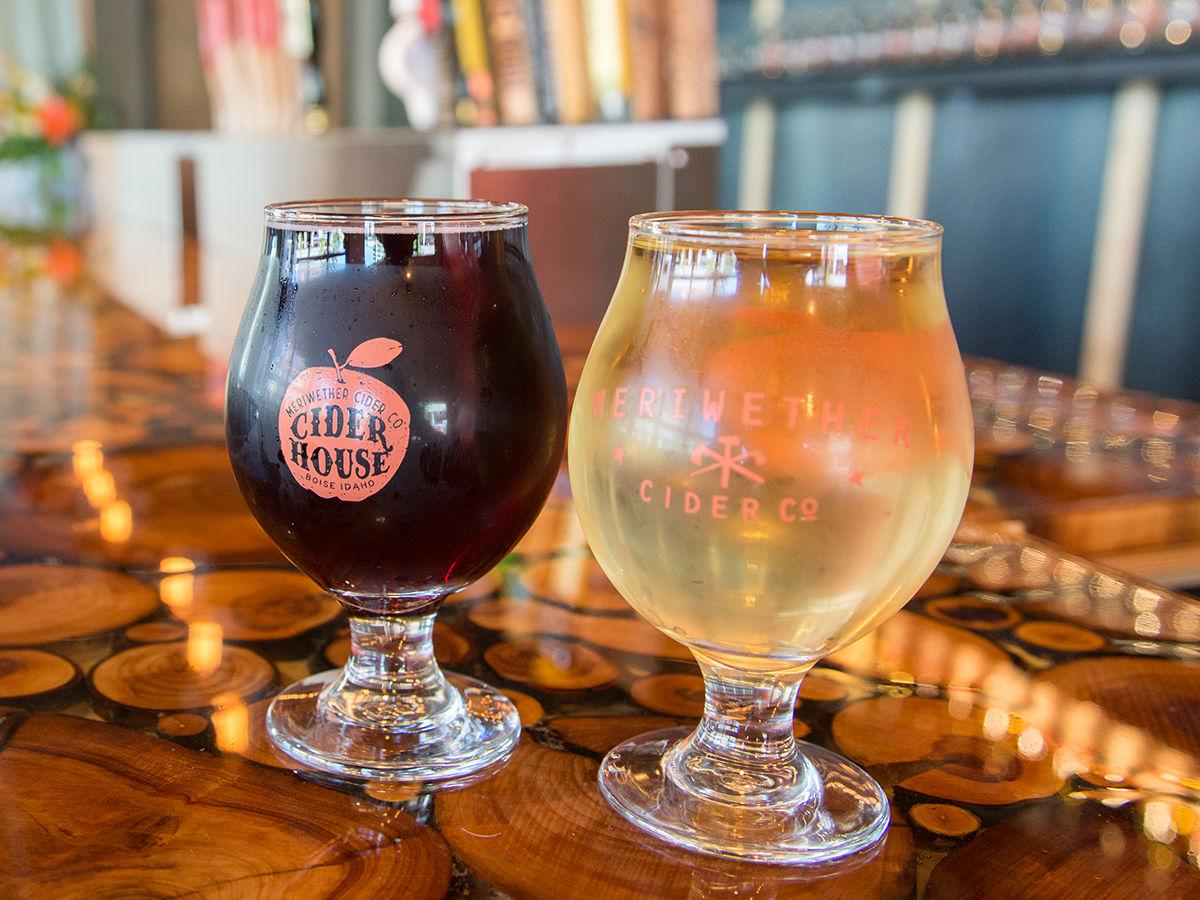 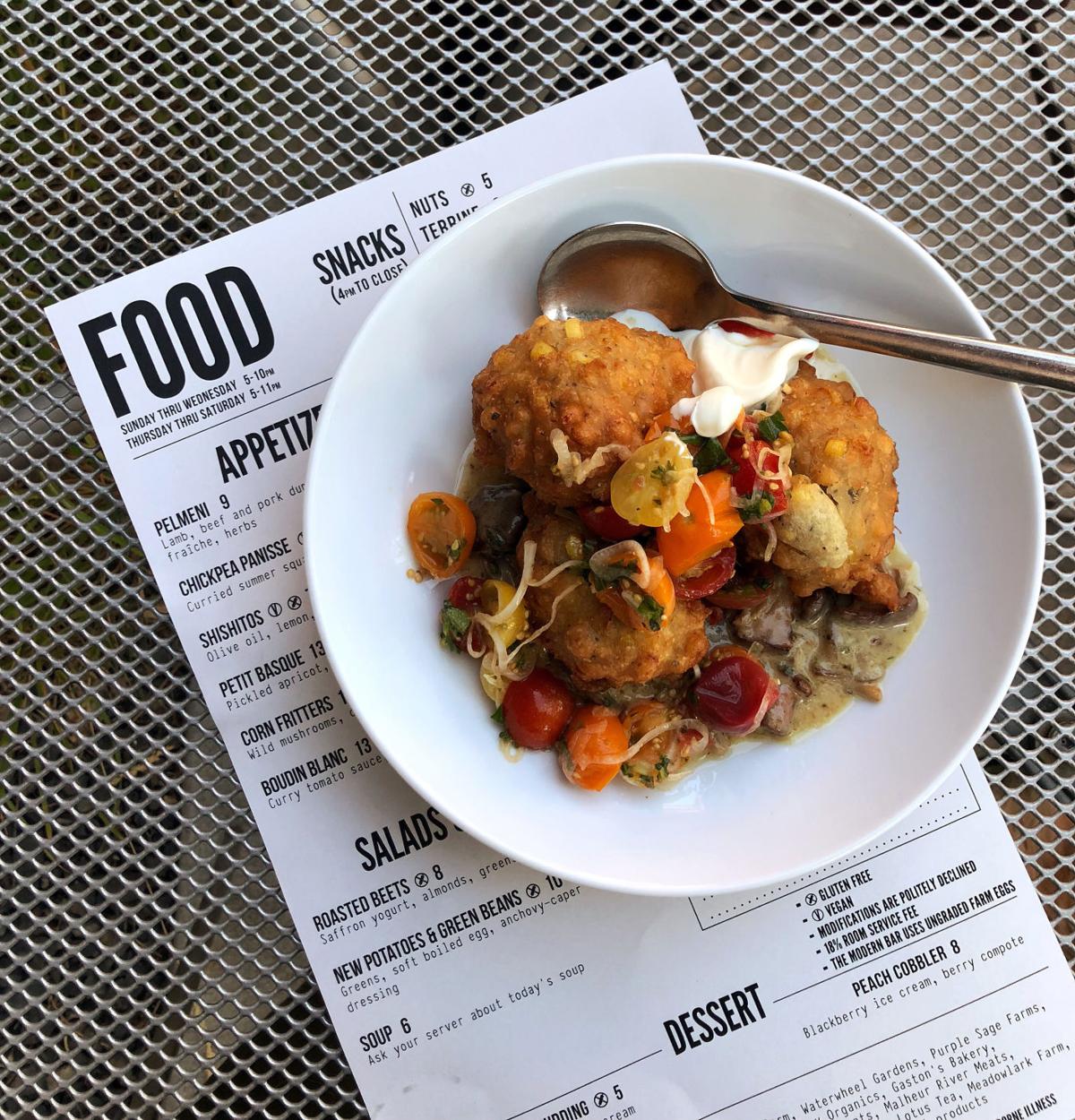 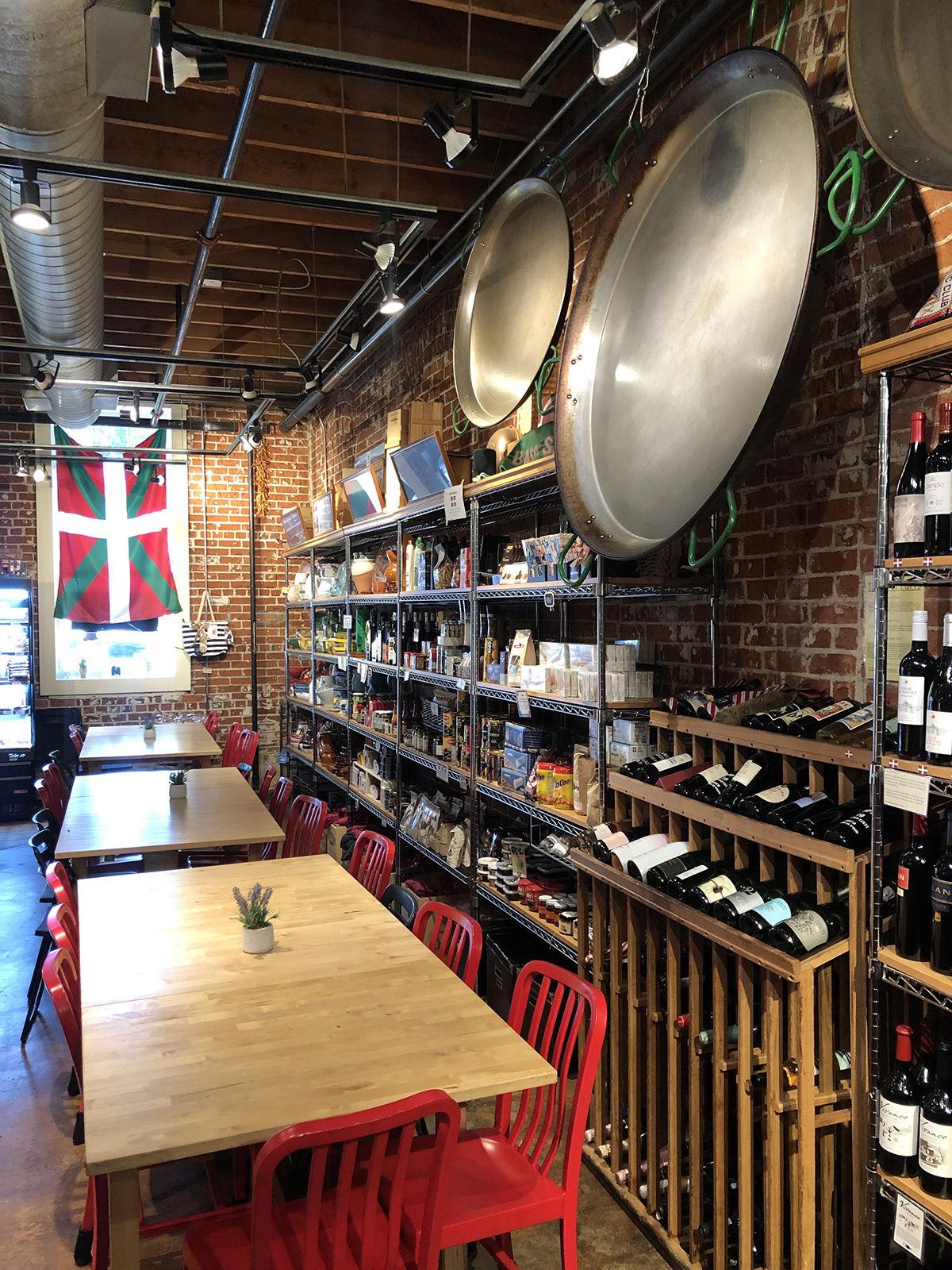 Check into Modern Hotel, a hip, pet-friendly former Travelodge in downtown’s Linen District. The 39 smart, minimalist rooms are surrounded by a charming patio where you can dine on Middle Eastern–inspired eats like beet fritters and Iranian stews executed by James Beard Award semifinalist Nate Whitley. For something a little less hipster and more central to downtown, book a room at the Inn at 500 Capitol.

Stretch your legs on a self-guided walking tour of downtown, including Freak Alley, the largest outdoor mural gallery in the Northwest. What started in 2002 as a single painting has since grown to fill the alley and beyond, with new murals painted over existing ones each year.

A few blocks in either direction are independent boutiques like Rediscovered Bookshop and City Peanut Shop, an artisanal nut and popcorn emporium with zingy offerings like Samba Lime Cashews and peanuts roasted with craft beer.

Stay downtown for an Italian meal at Àlavita. At this cozy, dinner-only trattoria, the chefs use flour from Northwest-grown wheat and local eggs to make their pasta from scratch. If you’re willing to stand in line, The STIL (“Sweetest Things in Life”) is an ice cream shop with a diehard following. They put traditional ice cream ingredients into a gelato machine, yielding a smooth, light taste. For a nightcap, Hops & Bottles is a lively bottle shop and bar with more than 300 beers, nitro cold brew coffee, and bottled Idaho wines to go, plus events like live music and food truck nights.

A downtown fixture since 1994, the Saturday Capital City Public Market features local vendors selling everything from Idaho gemstones and dog treats to a huge variety of prepared foods for breakfast. The market is open with restrictions and limited entry.

You’ll need the fuel to explore the Old Idaho Penitentiary, a treat for fans of true crime and the paranormal where you can learn about the notorious inmates of its 148-year history, join cemetery tours, hunt for ghosts, and yes, even do yoga on site. It is open for tours with limited entry, book ahead online.

For something more lighthearted, the Idaho Botanical Garden is next door, a 15-acre green space tucked into the foothills that shows off native and domestic plants and hosts summer concerts. The garden is open, the onsite Garden Store is closed until further notice.

The chef-owned Tasso sits on a charming corner of downtown and has a menu of gourmet sandwiches with inventive ingredients like turmeric cashew butter and pickled fennel, and more fixings that you might be pleasantly surprised to find in Idaho.

One of the most compelling aspects of Boise culture is its significant Basque population. Members of this ethnic group from modern-day Spain began immigrating to Boise in the late 19th century, and downtown’s Boise Basque Block pays tribute to their culture; learn more about them at the Basque Museum and Cultural Center. Try Basque dishes at spots like Bar Gernika or grocer/restaurant The Basque Market. Every five years, Boise hosts Jaialdi, the international Basque festival of music, food, and dance. The museum is open with limited entry, and this year's festival has been postponed to 2021.

Idaho is known for its beautiful country, but you can get a taste of nature even in the capital. The 11-acre Camel’s Back Park has playgrounds, tennis courts, picnic areas, and access to the Boise Foothills with several trails. Make it to the top of the Camel’s Back for panoramic views of the city.

Walk south and you’ll be in historic Hyde Park, a vibrant neighborhood that was Boise’s first suburban shopping area. It has a more indie feel than downtown, thanks to the bungalows, boutiques, and restaurants, like North End Pizza, or Hyde House with its locals-only vibe.

Chart your own morning walk along the 25-mile Boise River Greenbelt, a tree-lined pathway dotted with grassy lawns, an off-leash dog park, and access to the river (popular for tubing in the summertime). Refuel at the airy, California-cool ā Café, where you can find simple, trendy fare, like avocado toast and brioche breakfast sandwiches.

The Idaho State Museum is engaging, educational, and downright fun. Fresh off a four-year renovation, the museum has in-depth exhibits on its American Indian roots and the Oregon Trail—and you can play the classic game on an old-school Apple computer. The museum has reopened with limited entry.

Cap it off with lunch downtown at Wild Root Café, a soup-salad-sandwich eatery that emphasizes high-quality ingredients. If you need an afternoon pick-me-up, Form & Function makes the best coffee in town.

Boise loves its craft beer, but Meriwether Cider Co. makes a strong case for a fruity alternative. Their apples are grown in the Northwest and they produce plenty of varieties: semi-sweet, semi-dry, blackberry, cherry, plum, hopped, you name it. The family behind the operation is just as eclectic—college professor parents and their firefighter daughters who all wanted to change careers. They supplement the menu with events like yoga in the bar and trivia. It’s a taste of local culture, talent, and heart before hopping on the plane back home. 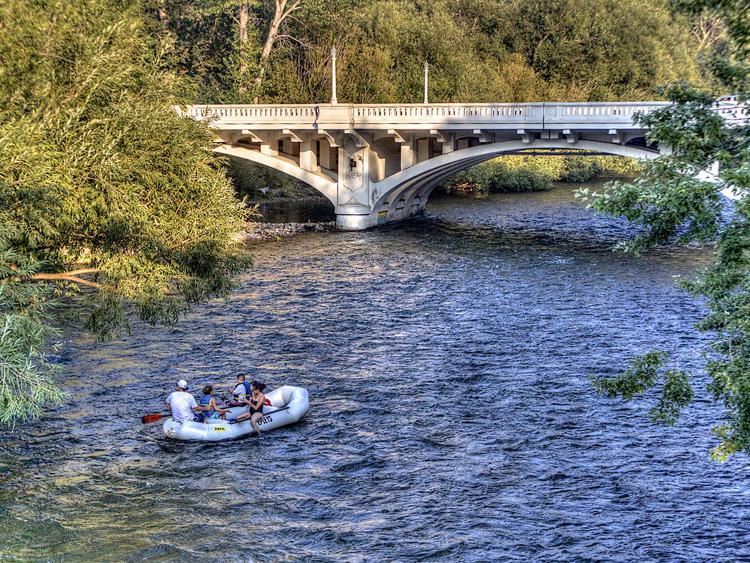 Your Own Private Idaho

Here’s some of that heart-pounding adventure Idaho is known for.

The Boise River runs through the city, but for real thrills, locals go rafting on the Payette River, 45 minutes away. There are plenty of outfitters, like Cascade Raft and Kayak, which organizes excursions tailored to families or thrill seekers. The latter will take you down class IV (advanced) rapids.

Idaho is home to towering peaks worth scaling in your lifetime. Just 20 minutes outside of Boise is Black Cliffs. These pillars of volcanic basalt are a popular spot for beginners and pros alike, with climbing grades ranging from 5.7 to 5.10.

If you can tack on an extra few days, it’s worth the three-hour drive to Stanley, a tiny town in Sawtooth National Forest. Mystic Saddle Ranch can customize trail rides or full-blown pack trips through wilderness regions.

Editor's Note: This story was published in the April 2020 issue, and sent to press before the stay-at-home order. It has been updated to reflect the most current information. JUMP (Jack’s Urban Meeting Place), a six-story, 65,000-square-foot community center with five interactive learning studios, is currently closed. The hotels, restaurants, and cafes mentioned are currently open.