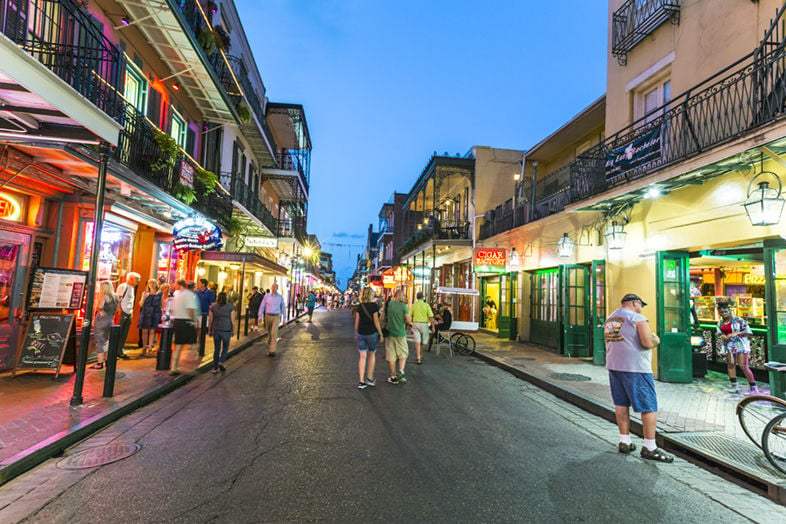 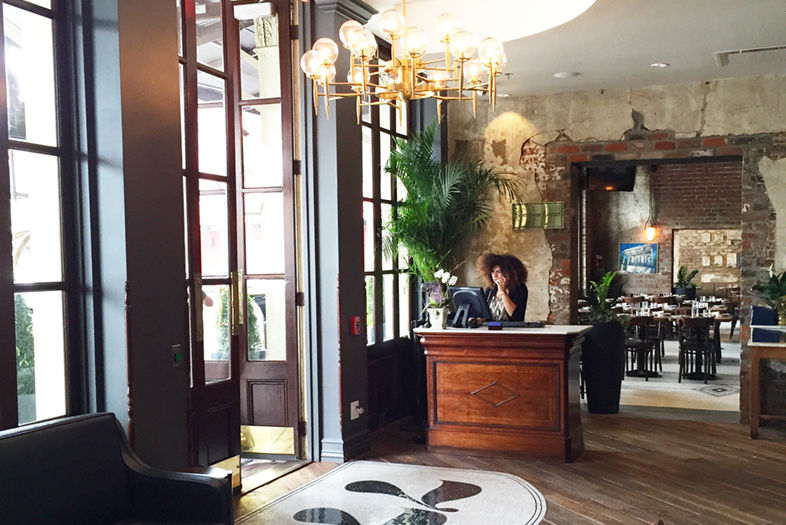 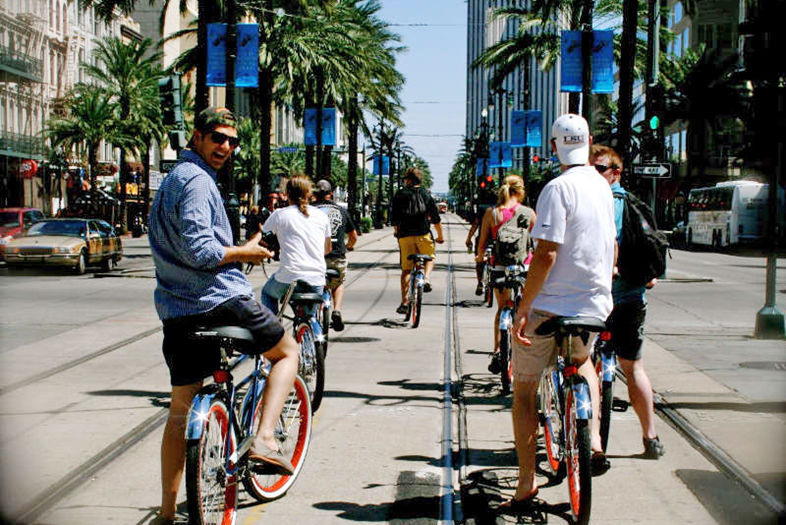 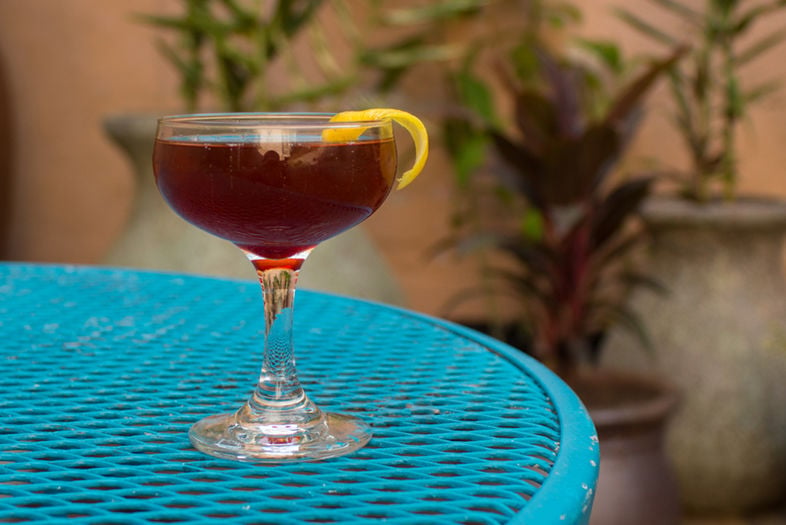 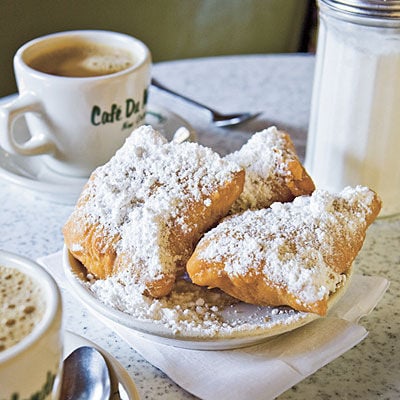 A former tobacco and coffee warehouse located in the up-and-coming Warehouse District, The Old No. 77 Hotel & Chandlery has a rustic feel with gilded accents, exposed brick, and midcentury-style furniture. Stop into the hotel’s restaurant, Compère Lapin, for a meal prepared by former Top Chef contestant Nina Compton. Despite an address in the bustling French Quarter, the chic Hotel Le Marais is a quiet refuge with an inviting courtyard and pool. To experience a traditional "shotgun" home—a narrow residence with consecutive rooms and no hallways—book a room at the Bywater Bed & Breakfast, which is furnished with Louisiana art and a back porch and patio that beg for a few hours of do-nothing enjoyment. Looking to Airbnb? Head to the hip Garden District and Bywater nabes.

Stroll through the storied streets of the French Quarter, or Vieux Carré, which boasts colonial architecture, bright building façades, and an eclectic mishmash of locals and visitors. For something less kitschy, head to energetic Frenchman Street, where bar hoppers fill the streets and live music echoes through the city blocks. The most popular stretch is the strip that runs through Faubourg Marigny. Vaughan’s Lounge, Candlelight Lounge, and Le Bon Temps Roule are some of the more popular venues. The Frenchmen Art Market takes place between Royal and Chartres streets nightly Thursdays through Sundays. Magazine Street in the Garden District is a design lover’s dream, with 19th-century homes and cool boutiques, like Zèle, which sells art and home goods by local makers. Foodies will relish in the detailed exhibits at the Southern Food and Beverage Museum, like a cocktail decanter from the 1790s. To work off the city’s many indulgences, book a ride with FreeWheelin’ Bike Tours, a local, family-owned business whose passion for the city is clear from their insightful trips through the Tremé, French Quarter, and other sections. Double the size of New York’s Central Park with far fewer crowds, City Park includes a museum, walking paths, and sculpture garden.

A good morning starts with brunch at Atchafalaya—particularly with its famous Bloody Mary by your side. Fixings include pickled okra, bacon, dozens of hot sauces, and even a base option made with tomatillos. For authentic cuisine, Joey K’s, a Magazine Street staple for more than 20 years, makes top-notch po’ boys, gumbo, and red beans and rice. Beignets are also a must, and while Café Du Monde is a tourist favorite, many locals prefer Morning Call, which has been serving its powdered-sugar-dusted donuts since 1870. Stop in for a tiki drink at the chic Cane & Table, which has an extensive menu of libations, many of which are inspired by the city’s history as a sugar trade port. Housed in a school building from 1910, Dryades Public Market started as a program to bring healthy food to schools but has since expanded into a food hall with coffee, sandwiches, pastries, and more coming soon like an oyster bar and pasta shop. At the trendy Shaya, Chef Alon Shaya presents a sophisticated menu inspired by his Isareli roots. And don’t miss Bacchanal Wine, an outdoor bar set in a backyard. Grab a red or white from the on-site bottle shop before settling in for a night of local music and all-night revelry—NOLA style.