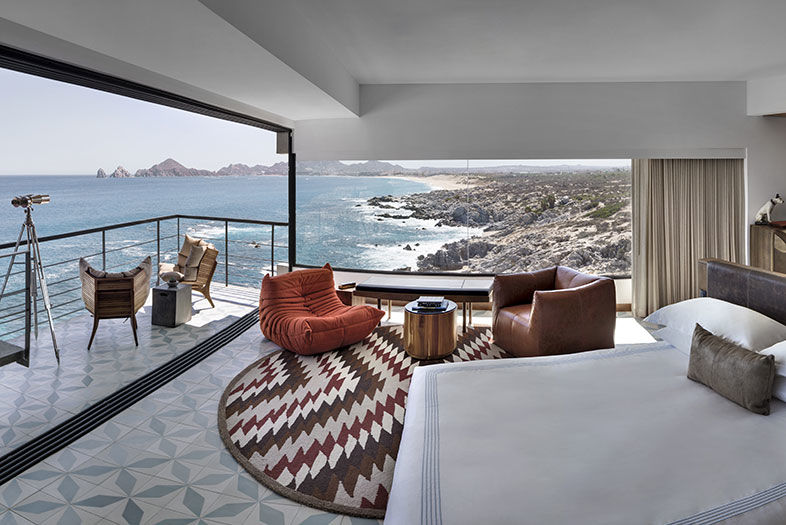 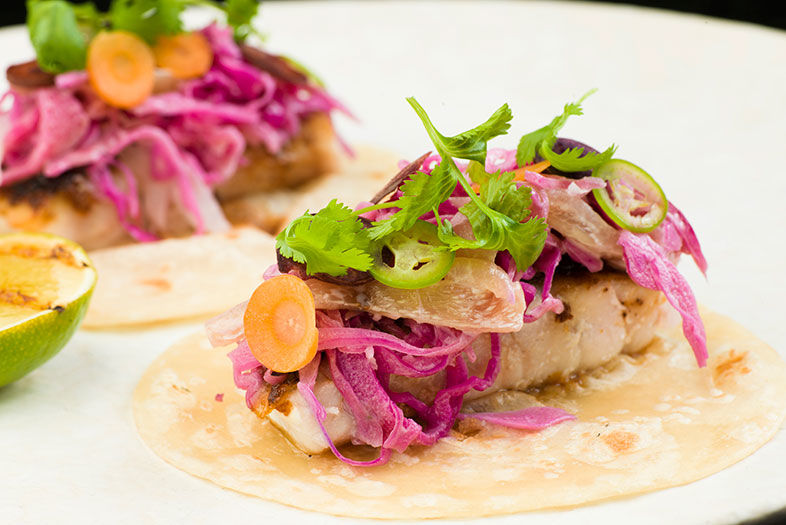 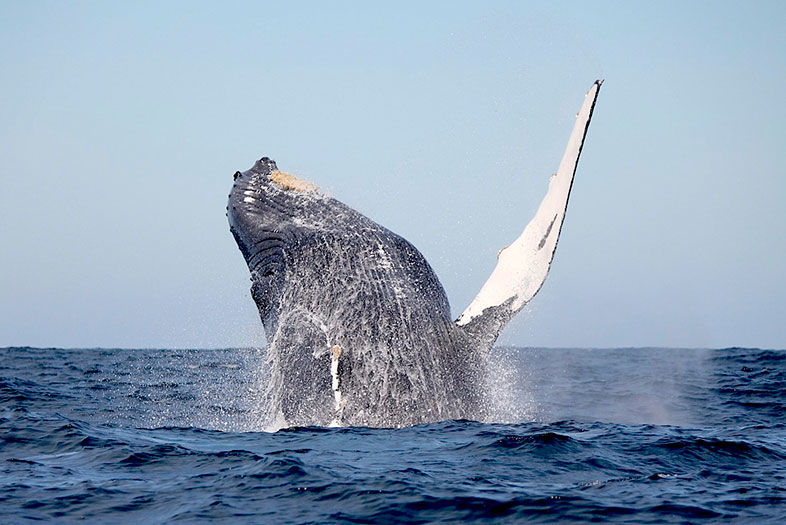 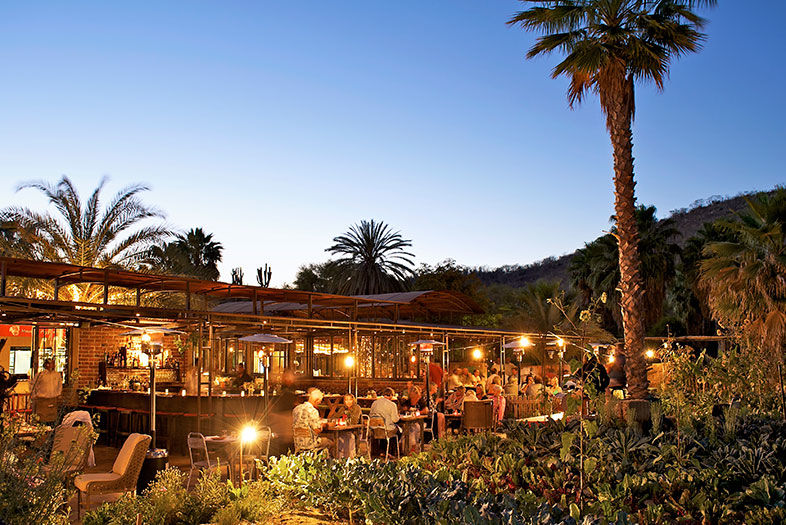 If you’re after all things cool, sexy, and hip, there’s no better place than The Cape Hotel, a new Thompson-brand property that feels like Manhattan in Mexico, ten minutes from downtown. Each of the 161 rooms faces the ocean and comes with a money shot of the iconic Cabo arch. Indulge in the property’s beautiful room decor details, like Mexican tile and a copper tub, but save time for the breezy, homelike lobby, multiple bars, stunning infinity pool, and the excellent Manta restaurant, launched by famed chef Enrique Olvera of Mexico City’s Pujol.

Those wanting a more demure, but still sophisticated scene should book a stay at the opulent One&Only Palmilla, located up the peninsula near San José del Cabo. The hotel, which reopened last April after the storm, is decked out in all the soft pastels and Spanish-style roofing that feel oh so Cabo. The fellas can book a shave at O&O’s new salon, Barber & Blade, where all services come with free tequila.

Given the number of margaritas and tortilla chips you’ll consume, it’s a good thing Cabo is just as well known for its outdoor pursuits.

The options at Cabo Adventures run the gamut, from scuba diving the Sea of Cortez to snorkeling with whale sharks. They also lead mountain bike rides along cactus-lined trails and an excursion to Mexico’s longest zip line (nearly 4,000 feet!). When the season is right (December through April), whale watching in Cabo is spectacular.

InCabo Travel organizes custom trips with guides who have a wealth of knowledge. And if you snag a tour with company founder Alejandro Vidal, you may get a fun anecdote or two about his scuba trip with Brad Pitt.

From August through December, Cabo Outfitters leads a Turtle Release Adventure. Along with a certified guide, you’ll explore a sea turtle nursery, select one to adopt, and release it into the water at sunset. Kids—and big kids—will love the certificate of adoption that they’ll take home.

Flora Farm, the sprawling agricultural compound north of downtown San José del Cabo founded by two NorCal natives, promises a farm-to-table menu in an idyllic outdoor venue complete with mason jar glassware, live music, and market lights. Their pizzas and cocktails, especially the carrot margarita, are a must. On your way out, stop by the adjacent Culinary Cottages, which include boutiques like James Perse and Santo Cabo bath products.

Richard Sandoval’s Otay Mesa eatery Venga Venga may have shuttered, but his Toro Latin Kitchen & Bar, which opened last summer, is alive and well in Cabo. The menu blends Latin American staples with Asian influences in a sleek and sophisticated space.

At Mariscos y Molcajetes Los Mochis, the vibe is decidedly less fancy but the food is equally delicious. The local favorite is known for its fresh ceviche, shrimp dishes, and chocolato clams.

Since most boat excursions leave from the downtown marina, keep a nearby pick like Los Tres Gallos, which is tucked into a quiet corner of el centro, in your back pocket. Take a seat in their charming courtyard and dine from a menu that pays tribute to authentic, regional Mexican cuisine, like cochinita pibil (slow-roasted pork). And save room for their tres leches. Hey, you’re on vacation!