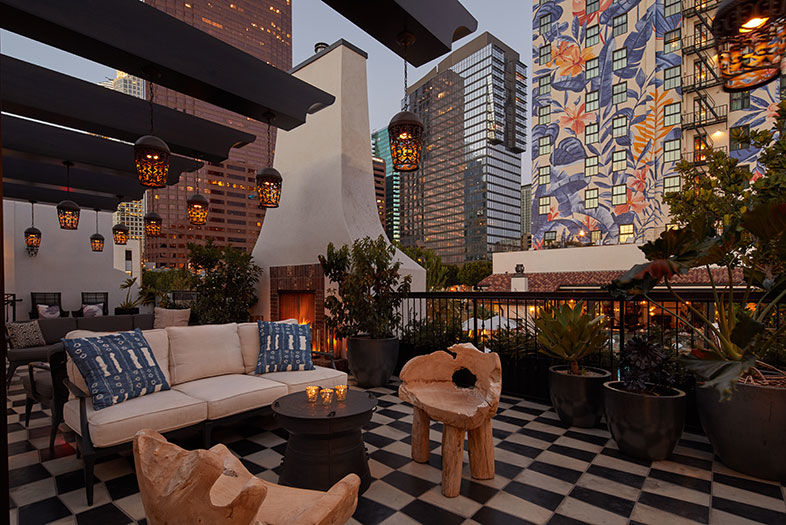 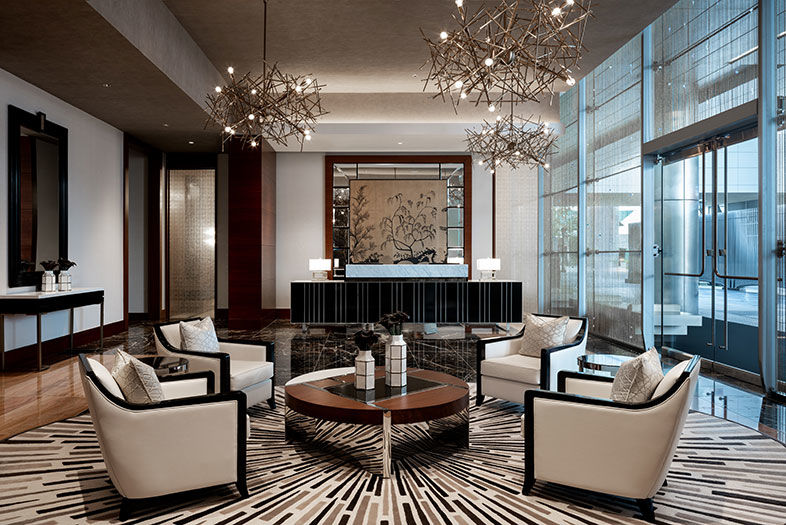 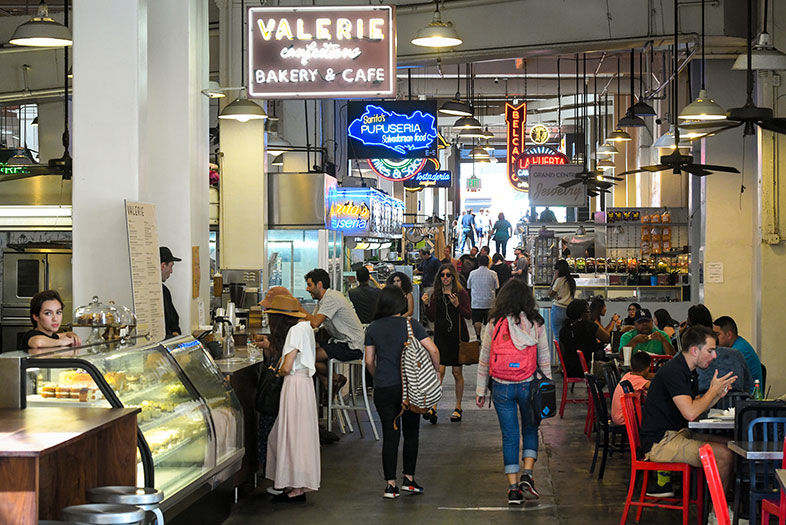 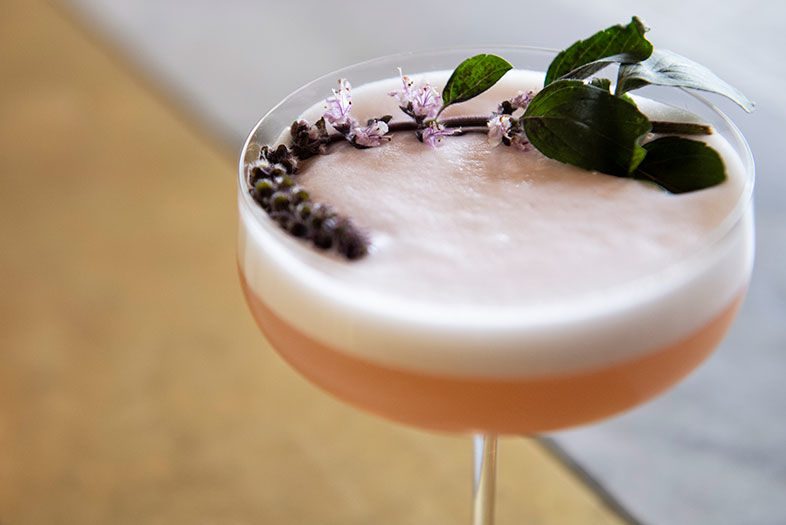 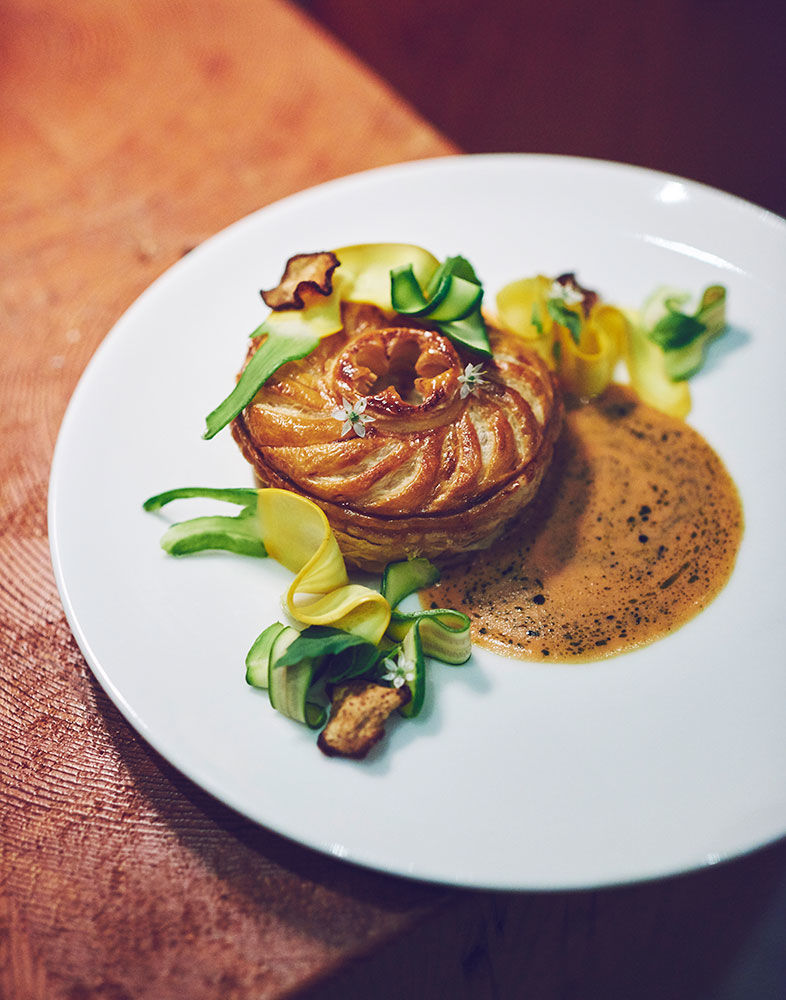 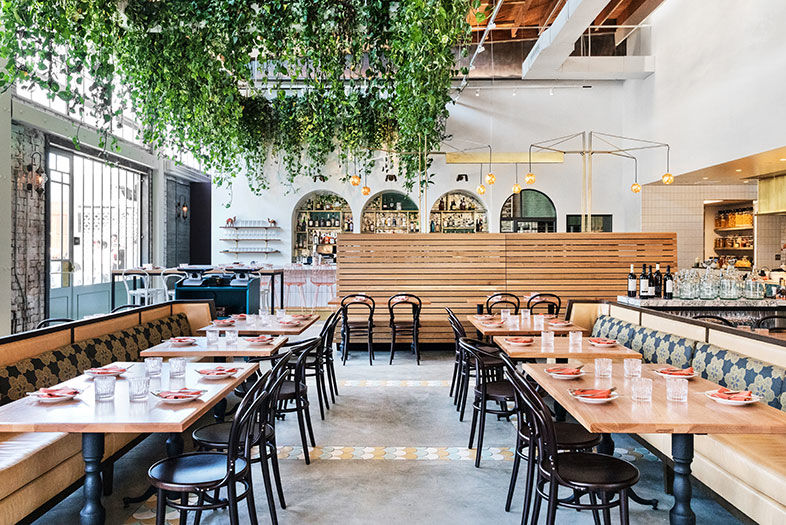 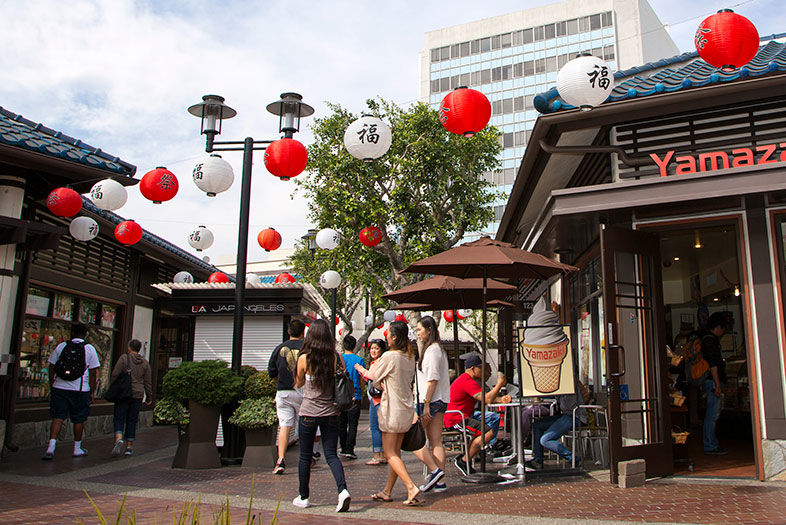 The nexus of the City of Angels is both gritty and glamorous, from the alleyways in the Arts District to the blinking billboards and fancy rooftop bars at L.A. Live. And believe it or not, you can explore all 15 districts of downtown without bringing your car—it has a Walk Score of 95, the highest rating in the entire city.

Hop on the Amtrak Pacific Surfliner instead of sitting in traffic on the 5. The ride along the coast through Orange County is picture perfect, and you can get to Union Station in about three hours (and arrive relaxed). There’s now 13 trains heading north every day, from as early as 4 a.m. till 9 p.m. From Union Station, most places in DTLA are a 10-minute Uber or Lyft ride. (Pro tip: When you disembark from the train, make sure to walk to the west side of the station to see the landmark architecture that dates back to the 1930s.)

Hotels abound in DTLA, at a variety of budgets. The 94-year-old Hotel Figueroa, or "The Fig," underwent a massive renovation a couple of years ago while keeping its Spanish Colonial look. The façade of the boutique property is used as a canvas for large-scale murals, and its lobby bar is a cocktail hot spot. Rooms from $180.

For a luxe temporary home right next door to Staples Center, all the rooms at The Ritz-Carlton, Los Angeles, are on high floors of the property, starting at 22 stories up. The brand-new interiors come with expansive showers, a TV embedded in the bathroom mirror, and a private pool deck and bar that overlook the city. Rooms from $469.

Over in the Arts District, the Firehouse Hotel houses nine suites in a red-brick firehouse that was built in 1927. The small hotel made a big splash in the neighborhood with its chic restaurant, Firehouse.

Start the day off by wandering through the famous Grand Central Market, one of the oldest food halls in the country. The options for breakfast are dizzying: El Salvadoran pupusas at Sarita’s, salmon and lox at Wexler’s Deli, old-school Chinese food at China Cafe, carnitas from Villa Moreliana. Want a more traditional breakfast with eggs and meat? Eggslut is famous for their sandwiches and poached eggs, but prepare to wait in line—get there right at 8 a.m. to beat the crowds.

The Angels Flight cable car, said to be the world’s shortest railway, is right across from Grand Central Market and will take you up the steep incline to the Bunker Hill neighborhood, where The Broad and MOCA at The Geffen Contemporary museums are located. The exhibits at MOCA are always changing, and The Broad is the permanent home of two of Yayoi Kusama’s Infinity Mirror Rooms—dark spaces strung with flashing LED displays that you enter alone. The Broad has free admission; just be sure to get your ticket online ahead of time.

Some of the most high-demand tables in the city are in DTLA. The latest to receive national acclaim is Nightshade, a modern Asian restaurant from Top Chef winner Mei Lin. The shrimp toast—an upscale take on the dim sum staple with shrimp paste spread atop Japanese milk bread, deep fried, and set in a pool of Cantonese curry—was Food & Wine’s dish of the year in 2019. Inside the nearby Hauser & Wirth gallery and public garden, Manuela serves Southern food with a California twist (don’t skip the cream biscuits).

Cap off your first day with a cocktail at a glittering rooftop bar. OUE Skyspace on the 70th floor of the U.S. Bank Tower now has a lounge with floor-to-ceiling windows and the Garden Bar, a craft beer and wine bar, that leads to the open-air observation deck. The brave at heart can try the Skyslide, an enclosed glass slide perched 1,000 feet above the city.

Bon Temps, the new French brasserie in the Arts District, is also popular for a.m. pastries, like pain au chocolat croissants and kouign-amanns, which are served until 11. Or, if you’re here on a Sunday, see what’s cooking at Smorgasburg LA, the West Coast version of a popular Brooklyn flea market, at the Seventh Street Produce Market. The vendors here rotate, and you’ll want to Instagram everything before you eat it. For a simpler breakfast, The Original Pantry Café is a 24/7 diner that’s been slinging pancakes since the ’20s.

Head over to Spring Street to roam the labyrinth of used books at The Last Bookstore, or meander into the art galleries along Gallery Row. Shoppers looking for a bargain won’t want to miss Santee Alley, a bazaar in the Fashion District that sells every kind of clothing or shoe you could want. Stop for a cold one and see some intricate street art at either Angel City Brewery or Arts District Brewing Company, both good spots for a self-guided tour.

Another destination restaurant in the neighborhood is Bavel, a Middle Eastern joint from the owners of the still-packed Bestia. You’ll swoon over the hummus with duck ’nduja and simple tomato salad with whipped feta and black garlic. For a more casual setting, Guerrilla Tacos has a seasonal menu with options ranging from swordfish to saag curry eggplant, and even a multicourse omakase (chef’s choice) you can book in advance.

If you love bars with a speakeasy feel that pour tropical drinks, Caña Rum Bar is your spot. The downtown club has a longtime loyal following and carries over 400 different rums along with a cigar menu. There’s a one-time membership fee of $30 to get in.

The heart of the country’s second-largest Japanese American population is right here in Los Angeles. Here’s four things not to miss in the 135-year-old neighborhood.

Japanese Village Plaza is a maze of stores and restaurants with its open spaces decorated by paper lanterns. Here you’ll find Chinchikurin, a restaurant that cooks up okonomiyaki. It’s a layered snack of pork, fish, and vegetables served atop either a crepe or crispy noodles, and it’s cooked on a large griddle right in front of you.

The Japanese American National Museum shares the stories of Americans of Japanese ancestry, and has a permanent exhibition devoted to the forced internment of 120,000 people during World War II. It also hosts cultural events and visiting exhibitions.

There’s no clear street signage for Far Bar. Look for an antique neon sign that says "Far East Chop Suey," and walk down the exposed brick alley to find this hidden gem that serves Japanese beers and whiskeys, and modern apps like a sushi roll with Nashville hot chicken.

You can’t visit Little Tokyo without trying the ramen, and Daikokuya on East First Street is a good place to start. It was praised by the late Jonathan Gold, and there’s always a line outside for its house tonkotsu ramen.