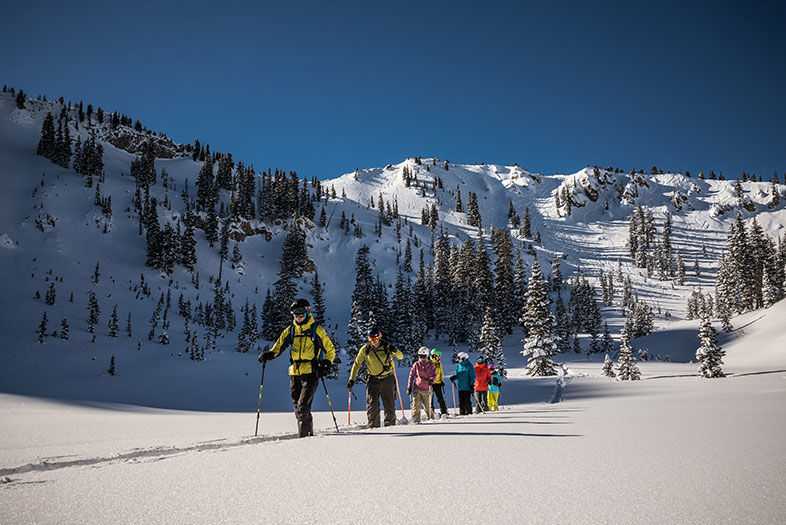 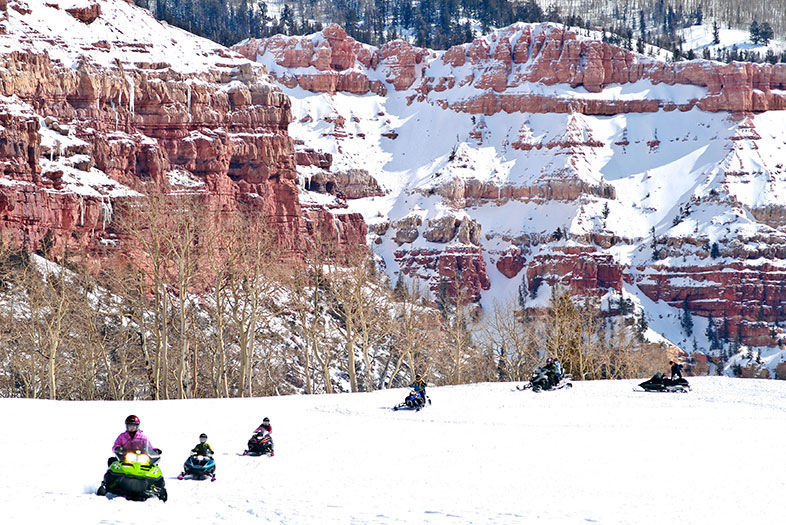 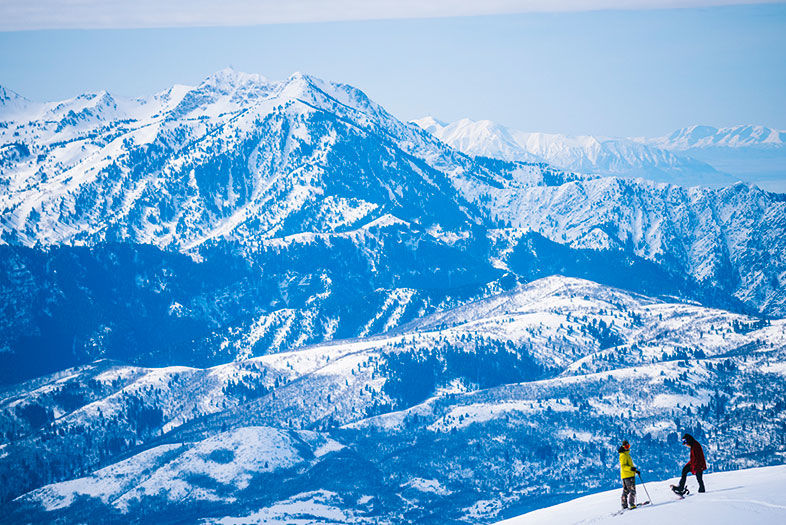 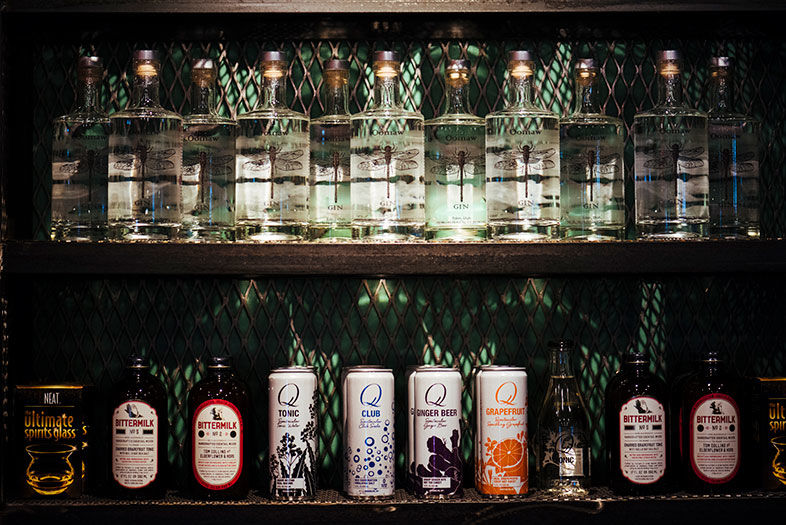 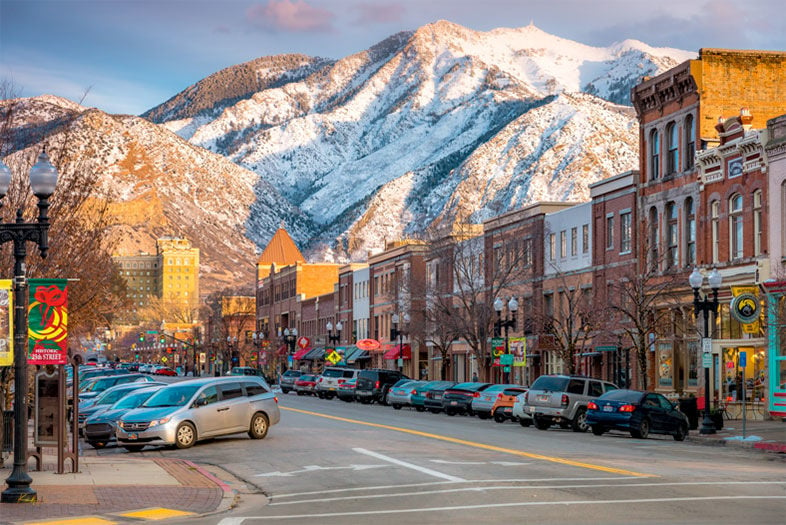 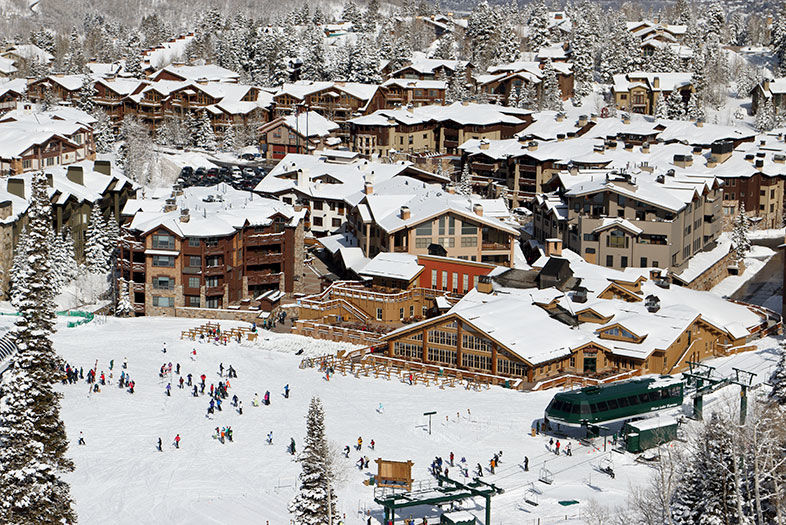 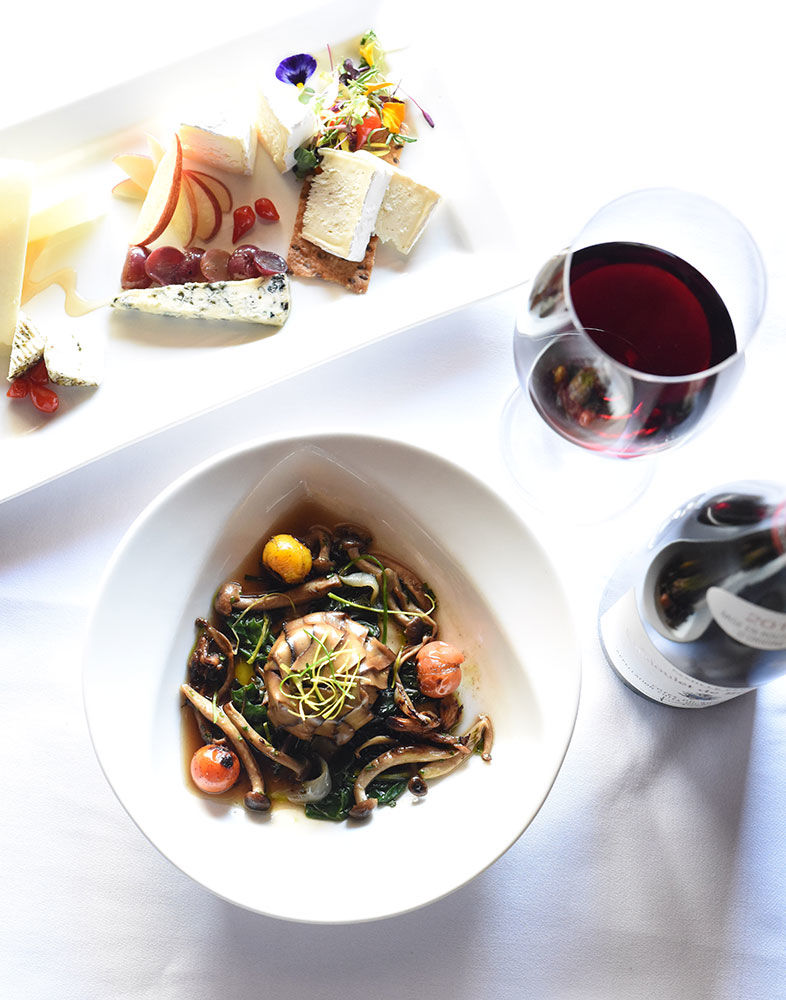 Instead of heading north this winter, set your GPS to Southern Utah, where your eager skis can bomb mountain after mountain without a long lift line in sight. Southern hospitality meets the Utah mountains at Brian Head Resort, thanks to its new owner. John Grissinger came from Kansas City with not only millions of dollars in renovations but also weekly barbecue dinners in Southern portions—complete with pecan pie and live music—at the resort’s Last Chair Saloon. With 650 skiable acres split evenly across experience levels, Brian Head is a family-friendly affair, with long but mellow runs, an excellent ski school, and a welcoming atmosphere. While there, take a jaunt into the wild on a guided snowmobile tour through aspen groves with Thunder Mountain Motorsports.

If the state’s ski resorts were bars, Eagle Point (from $89) would be the cherished local joint. About an hour north, it combines homey comfort with backwoods adventure. An average of 450 inches of snow covers 600 acres of steep, wooded pitches that make you feel more like you’re communing with nature than catching a lift—lifts which, by the way, all San Diego Snow Jam attendees get a free pass for this season. Open just four days a week, Eagle Point carries zero pretense: People are here to ski, not be seen, and that’s exactly what they do. Fuel up between runs at the on-site bar and grill, which welcomes you with high ceilings, a handsome stone fireplace, and an indulgent menu of jalapeño poppers, calzones, steaks, and ice cream sundaes. Also inviting are the steamy aboveground outdoor hot tubs that overlook the mountains and valleys to the west—the perfect backdrop for unwinding after a long day on the slopes.

Utah’s oldest settlement and closest big city to the transcontinental railroad’s historic "Golden Spike" site, Ogden is both a mountain gateway and hidden gem. By day, head into the Ogden Valley to Snowbasin, an ideal spot for mixed-level groups, with over 3,000 skiable acres and just as many vertical feet of terrain. Plus, the resort’s Alaska Airlines partnership hooks up midweek flyers with a free lift ticket, giving newcomers a great excuse to get their skis wet. For lunch, take the stunning 14-minute lift ride up to John Paul Lodge for panoramic views while you dine, and don’t miss après at the chandelier-studded Cinnabar.

A low-fi alternative on the other side of the valley, Powder Mountain caters primarily to intermediate levels. The top-down mountain taps out at about three acres per person when completely sold out, giving it the lowest skier density of any major resort in North America.

For easy access to everything, stay at the new Compass Rose Lodge (from $210), an intimate experience opening December 1 complete with an observatory for some high-altitude stargazing. Nearby, the award-winning New World Distillery offers tours and tastings of gin, vodka, cherry liqueur, and the state’s only agave spirit. There’s unexpected enchantment at Bailey’s Sleigh Rides, where a half dozen golden retrievers run alongside a huge horsedrawn sleigh as Bailey himself steers through the snowy hills of his Christmas tree farm before treating you to fireside stories and hot chocolate.

Back in downtown Ogden, Historic 25th Street is lined with boutiques and eateries, which come to life for the First Friday Art Stroll all year long. Stop at The Queen Bee for Utah-made chocolates before tucking in at Roosters Brewing Company, a local staple for nearly 25 years that serves chicken wings, burgers, and pizza alongside housemade small-batch brews and root beers.

Getting there: Fly into Salt Lake City and drive north for 40 minutes

Home to the annual Sundance Film Festival and the largest ski resort in America, Park City celebrates its 2002 Olympic Winter Games history every day. The Ski with a Champion program (from $1,200) at top-rated Deer Valley Resort pairs skiers with Olympic snowsport athletes like Heidi Voelker for half and full days on the slopes, while advanced daredevils can tackle Park City Mountain Resort’s 22-foot Eagle Superpipe, the half-pipe featured in the 2002 Games that’s nearly as long as the Washington Monument is tall.

But the real behind-the-scenes treat is Ski Utah’s Interconnect Adventure Tour ($395, lunch included), which takes advanced skiers into the Wasatch Mountain Range backcountry and across as many as six resorts for an epic adventure—all in one day. It’s a safe introduction to backcountry skiing and a unique chance to collect a day’s worth of first tracks across 25 miles of hiking, sidestepping, and skiing from Deer Valley to Park City Mountain, Solitude, Brighton, Alta, Snowbird, and all the out-of-bounds in between.

For backcountry appeal without the hike, let a snowcat—the tank-tread trail groomers that prep the runs to corduroy perfection by night—do all the work. Hitch a ride with Park City Powder Cats ($599) for heli-ski conditions at a fraction of the price. With exclusive access to 43,000 acres of the Uinta Mountains, the heated cats drop you for runs of up to 2,000 vertical feet.

By night, recharge with dinner at Deer Valley’s Mariposa restaurant with a black walnut Manhattan and a create-your-own-charcuterie plate composed of cheeses from the in-house fromagerie. Then head to downtown Park City for a nightcap at High West Saloon, the flagship of Utah’s first legal distillery after the repeal of Prohibition. Try the Midwinter Night’s Dram, a seasonal release of rye that’s been finished in oak barrels. It often sells out by the end of January, so grab a bottle to bring back with you.

Getting there: Fly into Salt Lake City and drive 50 minutes south and then east