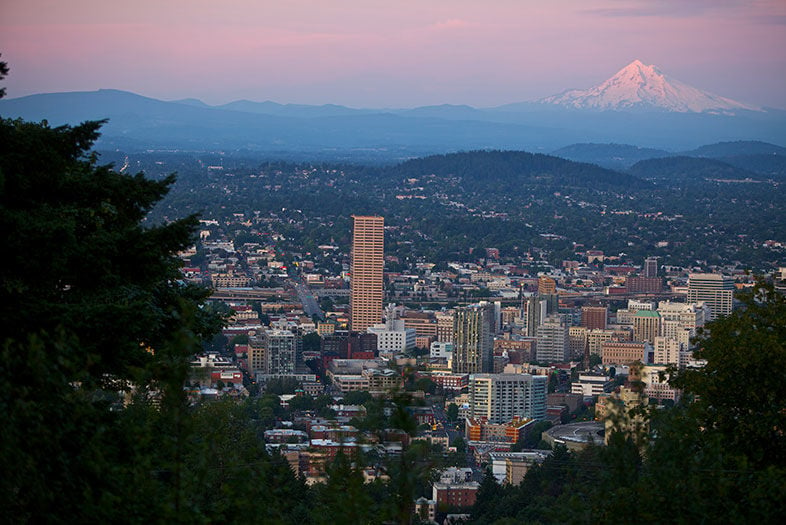 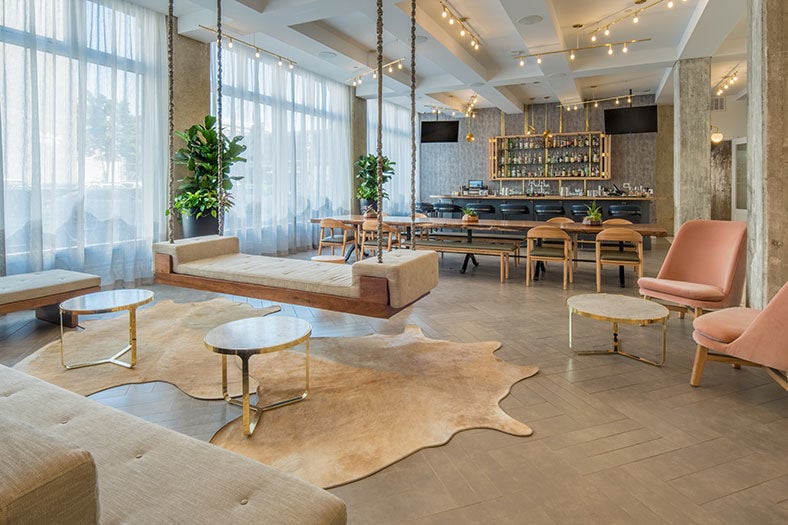 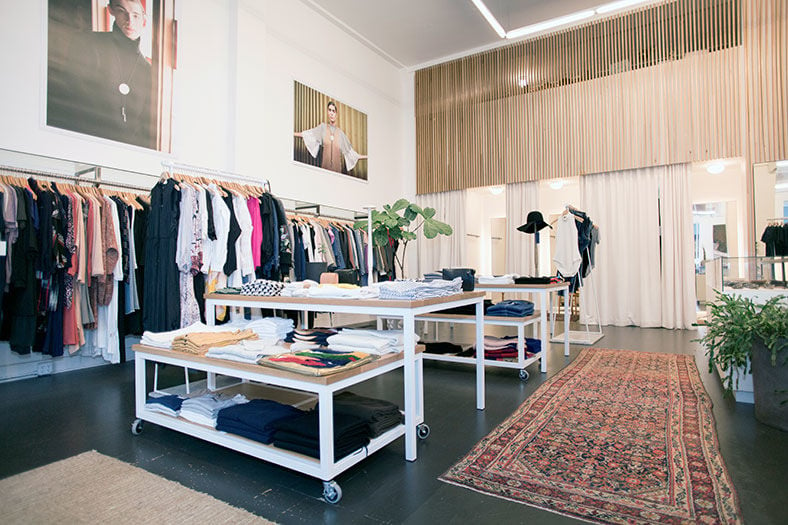 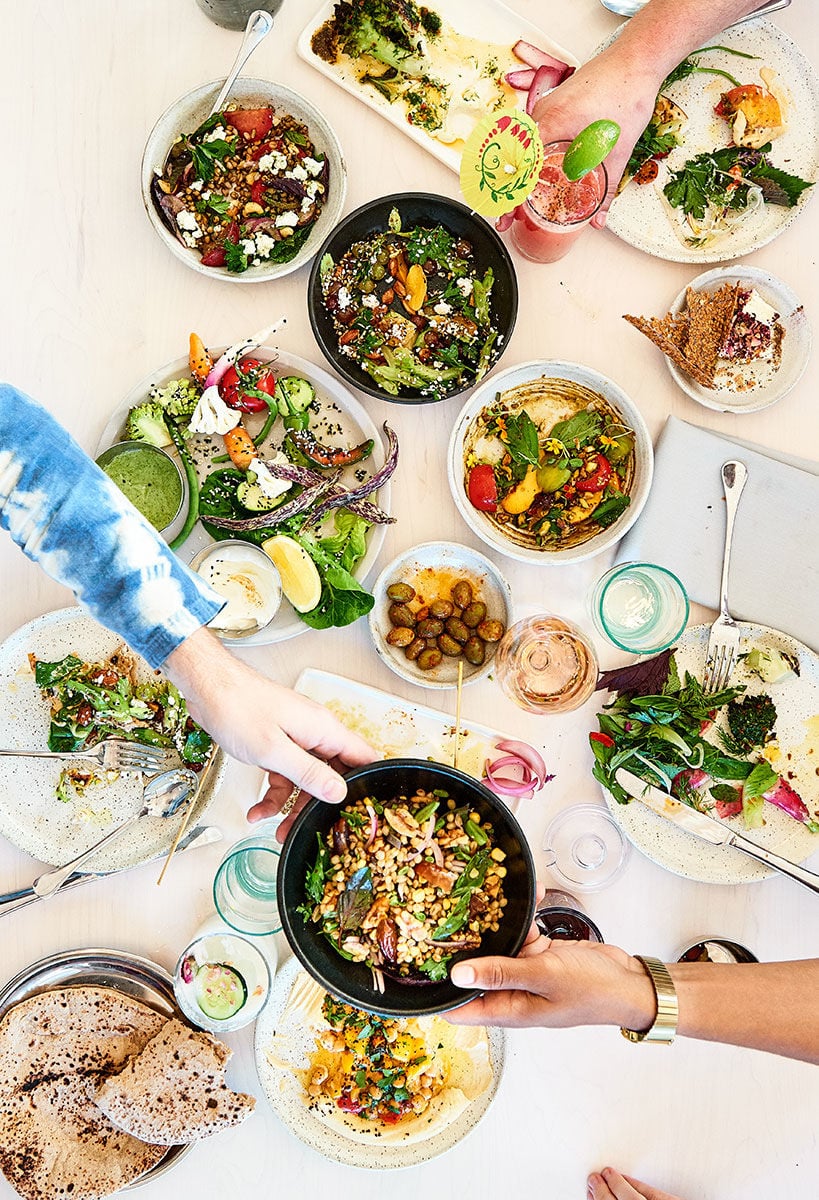 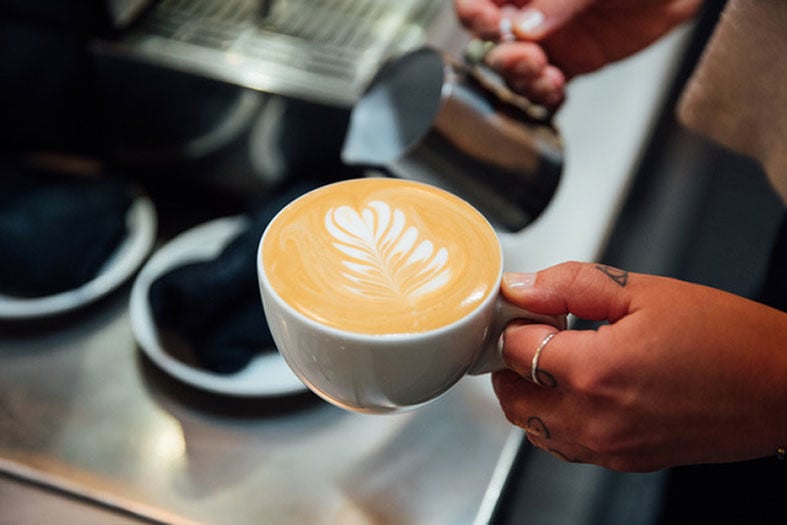 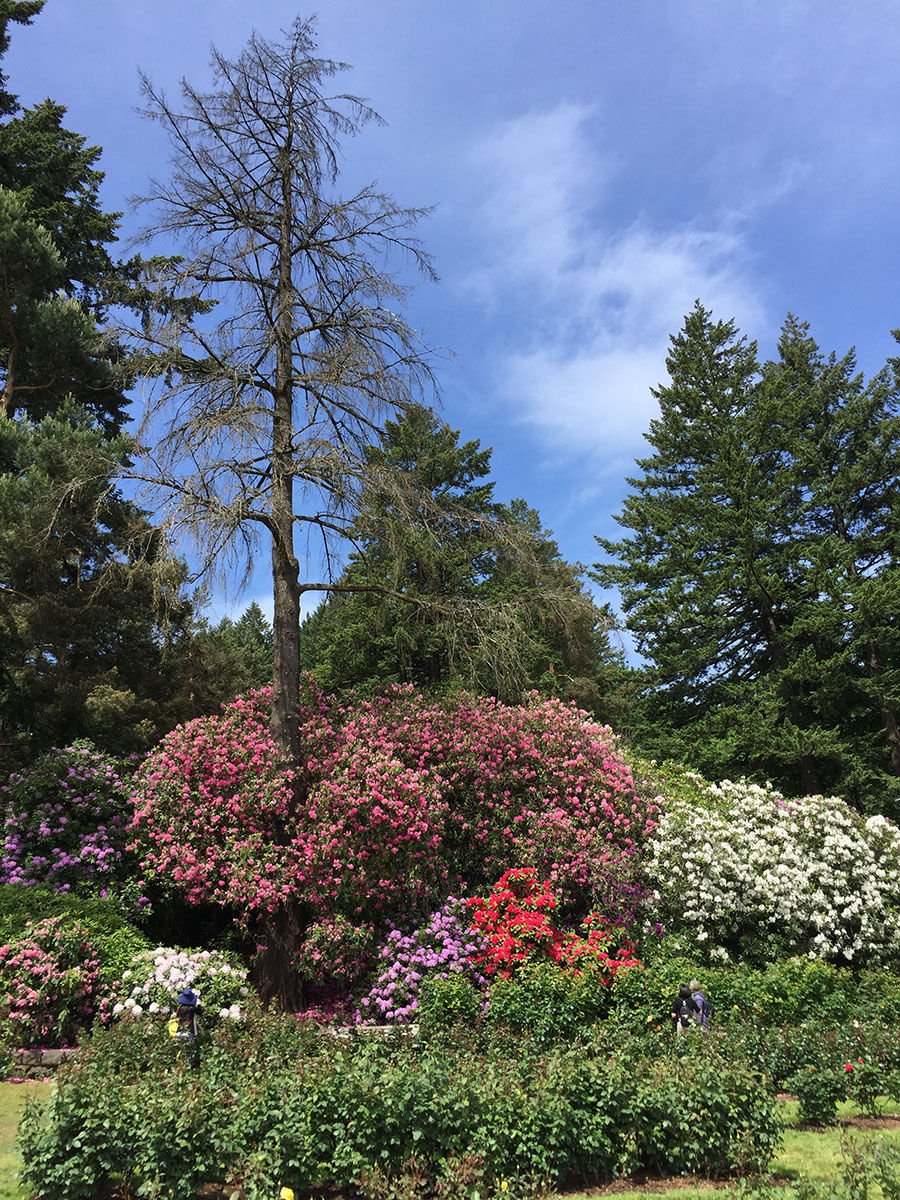 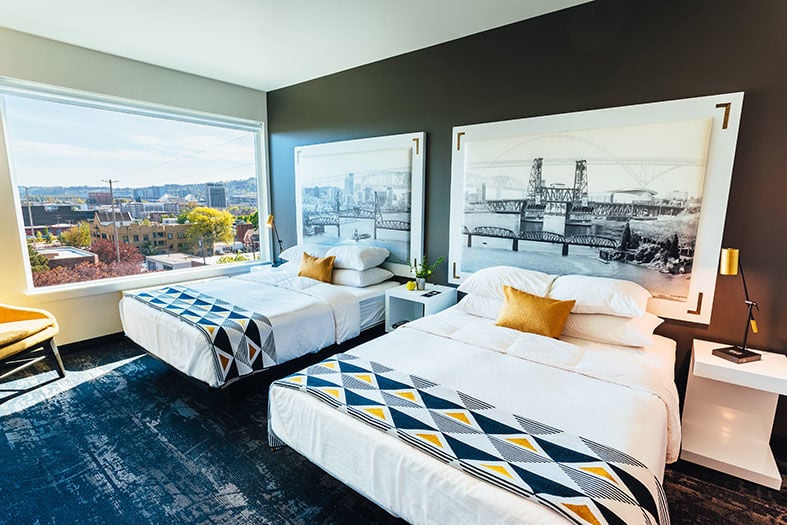 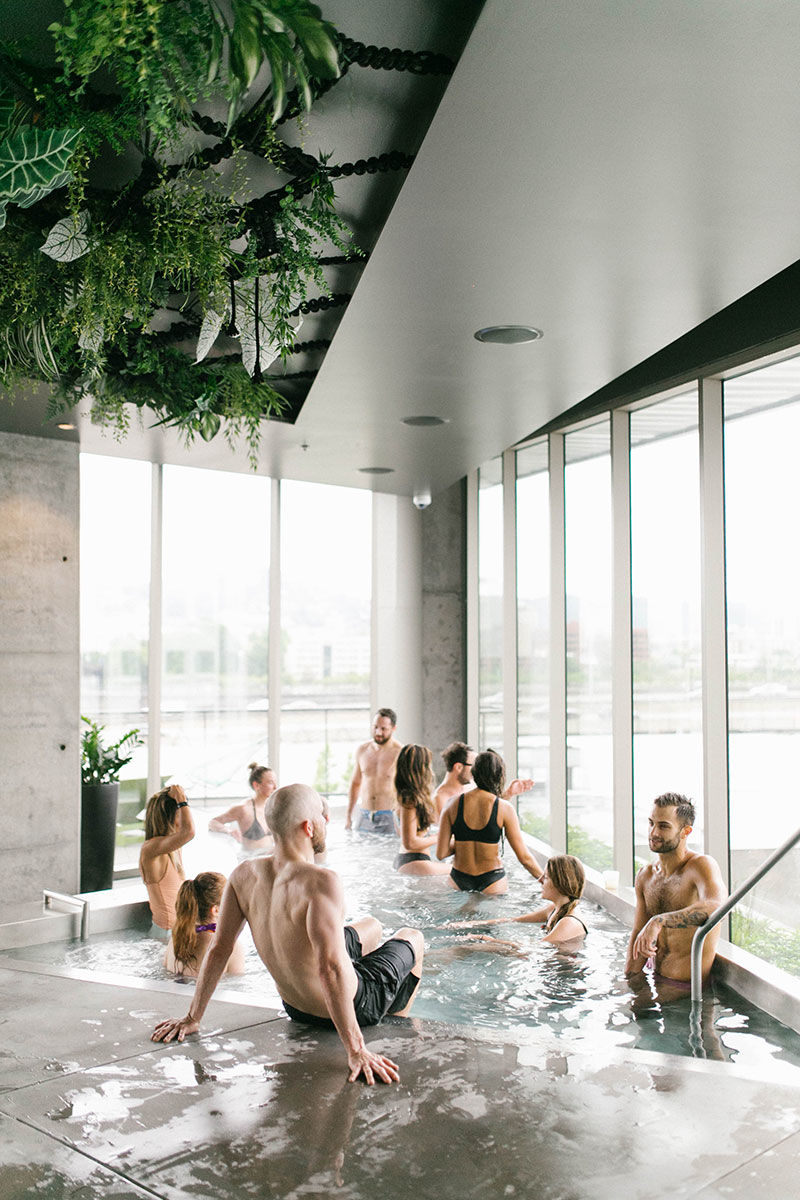 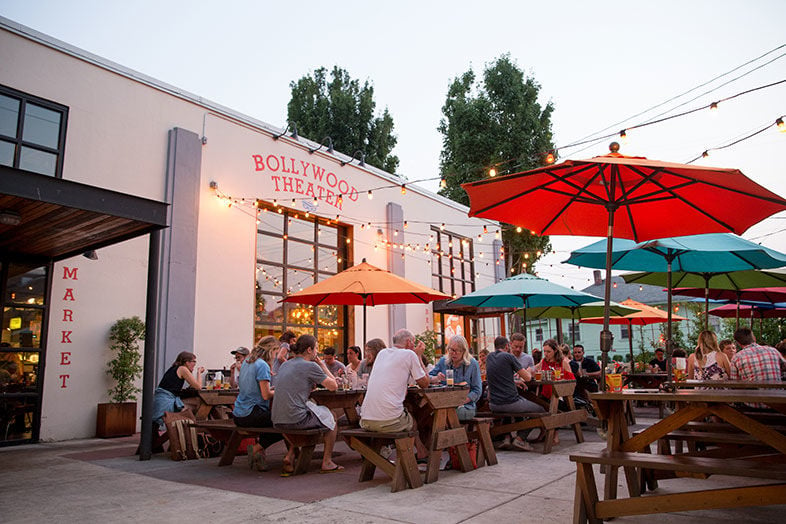 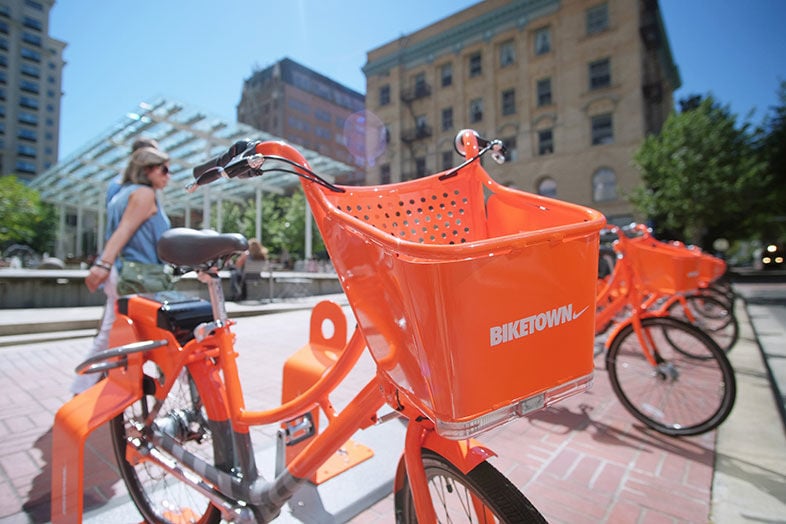 Start downtown in the Hi-Lo Hotel. Part of Marriott’s boutique collection, the year-old property has 120 rooms with high ceilings and modern furniture, plus a lobby and lounge so stylish and locally loved, you’ll forget you’re in an international chain. It’s also a block away from one of downtown’s many food truck clusters, where you’ll find Chinese, Thai, Iranian, and other cuisines.

Prefer a sit-down spot? Walk to nearby Little Bird Bistro. It’s Paris meets Pacific Northwest—think white tablecloths and copious wine paired with antler decor and tattooed servers. The focus is on simple dishes with five-star ingredients in vegetable appetizers, seafood mains, and a popular double Brie burger. Post-lunch, look for men’s and women’s apparel at Frances May, ceramics at Alder & Co., and handcrafted home pieces at the museum-like Canoe. And you can’t miss a trip to Powell’s. The Pearl District flagship of this iconic indie store touts over a million used and new books.

Make a reservation at Tusk, a bright eatery serving "aggressively seasonal" vegetable-centric Middle Eastern cuisine. Family style is the MO, and their marinated feta paired with flaxseed crackers is a must.

This is a city known for coffee, and Heart is one of its top roasters. They make potent espresso and coffee drinks, plus a selection of pastries for a.m. fuel. From here, you can drive just 30 minutes to see the famed 620-foot Multnomah Falls. (Note: Last year’s fires are expected to keep the trail to the iconic Benson Bridge closed until late summer.) If you’d rather stay local, visit the International Rose Test Garden, a 101-year-old landmark that was once a refuge for hybrid European roses grown during World War I. There are plenty of benches to take in the 650-some varieties, plus sweeping views of downtown and Mount Hood. Next door is the recently expanded Portland Japanese Garden, with bonsai displays, Zen gardens, an authentic tea house, and koi fish aplenty.

Venture to Mississippi Avenue, a funky destination for food, drink, and small businesses. Start at ¿Por Que No?, a colorful taqueria that dishes out tacos with local meat and seafood and a fun daily happy hour when margs are $1.50 off. Then stroll the avenue for Another Read Through’s used books, lumberjack-chic clothing at Animal Traffic, and Made Here PDX, which sells local honey, leather goods, and more. Mississippi is also a locus for craft beer, from StormBreaker Brewing (local) on the south end to Prost! (German imports) on the north.

Settle in for Russian food at Kachka, the brainchild of Belarusian chef Bonnie Morales. She turns out velvety cheese dumplings, a creative herring-based terrine, and pickled everything in a candlelit setting. Vodka options occupy a whole page, so do like the Russians and drink, eat, repeat.

Get a feel for Portland’s eclectic Eastside by checking in to Jupiter Hotel. The former motor lodge recently expanded with a more elevated property next door, fittingly called Jupiter Next. It’s worth the 10-minute drive to Coquine for brunch, a charming joint known for gourmet takes on comfort food that draws mostly locals. You can walk it off at nearby Mount Tabor Park, a 190-acre oasis of towering trees and shaded paths perched on an extinct volcano.

Head to Division Street, home to some of Portland’s most prominent eateries. Our pick is the counter-service Bollywood Theater by chef Troy MacLarty, a San Diego native and Chez Panisse alum whose Indian street food has a rabid local following. Before your flight the next day, skip the lines at the more mainstream donut shops, Voodoo and Blue Star, and opt for locally loved Pip’s Original, which serves mini donuts (two bites, tops) and a chai flight—the only time it’s acceptable to not drink coffee in Portland.

A Primer on PDX

Three things to keep in mind for your Portland getaway

Portland’s reputation for gray, drizzly skies? True, but late spring and early summer see trees and bushes in bloom before the summer heat kicks in, while September promises sun, comfortable temps, and fewer crowds. Note: Locals can spot tourists by the umbrellas they’re toting. Since it rarely downpours, most Portlanders don’t even own one.

Beyond rideshares and car rentals, Oregon-based Nike has a public bikeshare program called Biketown, which offers a $12 day pass and many pickup spots around the city (you can’t miss the bright orange bikes, pictured above). Portland’s mass transit system, TriMet, has a $5 day pass that spans buses, light rail, and streetcars that zip in all directions. And the recently launched Columbia Gorge Express bus runs between the city and the Columbia River Gorge Area, including Multnomah Falls and Hood River, for up to $15 per round trip.

Any month you visit, there’s bound to be action. The Oregon Brewers Festival kicks off later this month, followed by the indie music fest Pickathon in August, and the renowned Feast Portland event in September. Its past foodie sessions have included a "Sandwich Invitational" and the succinctly named "Because Breakfast."