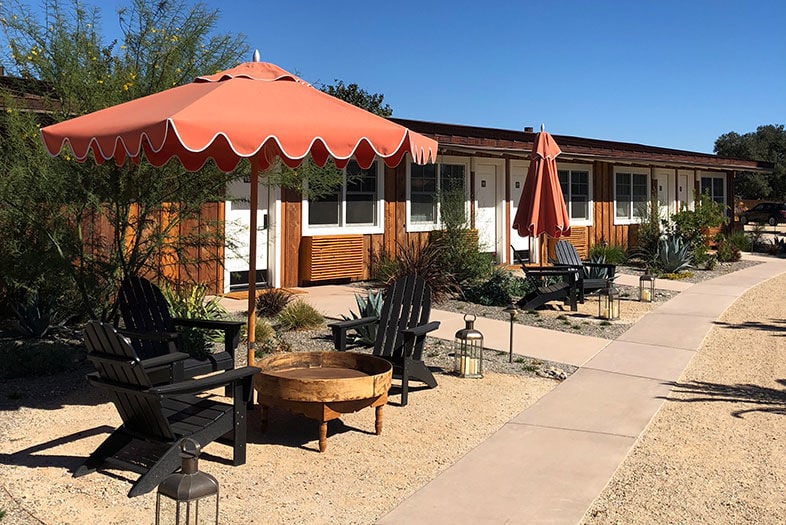 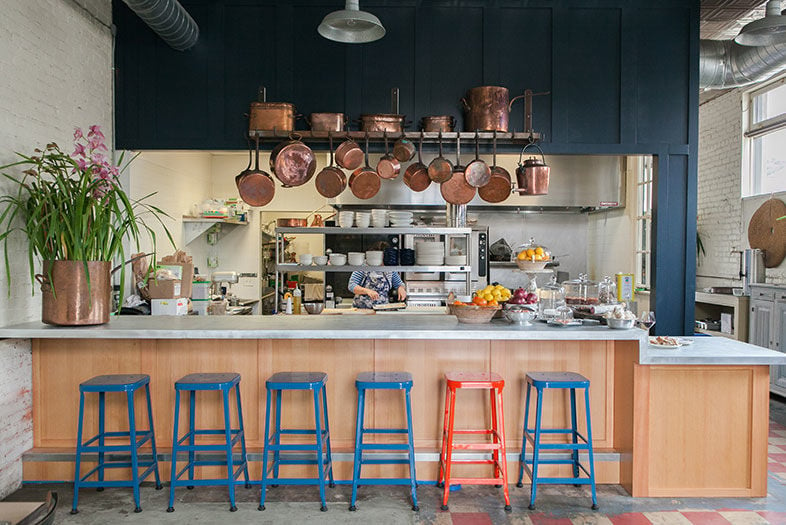 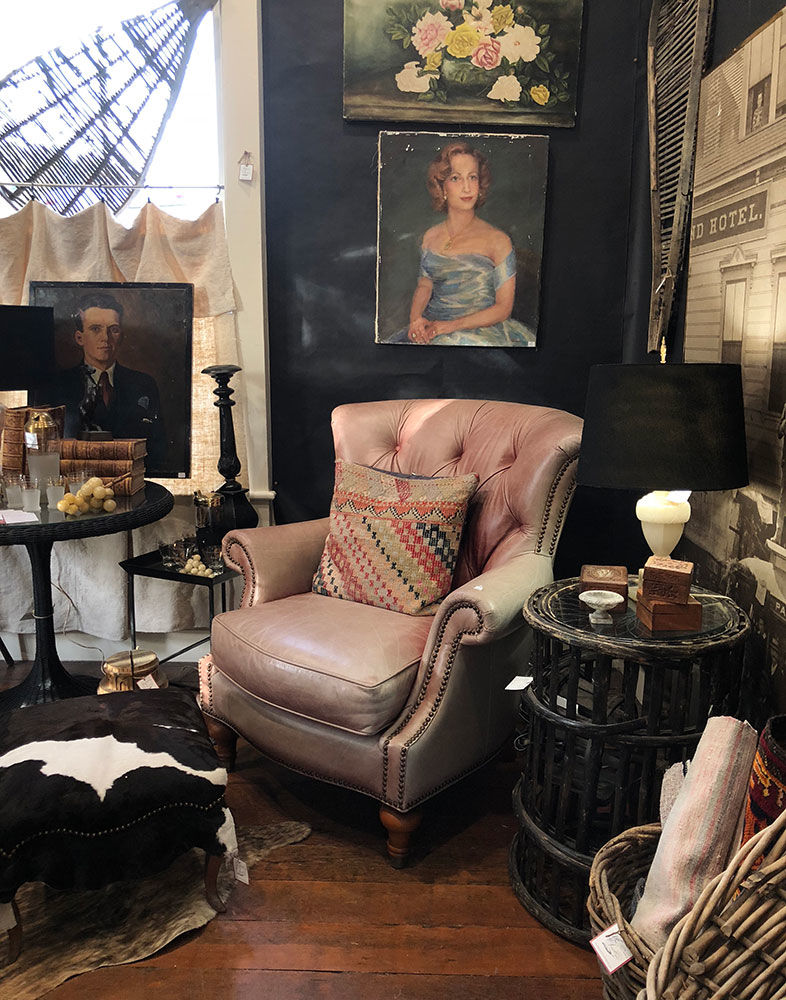 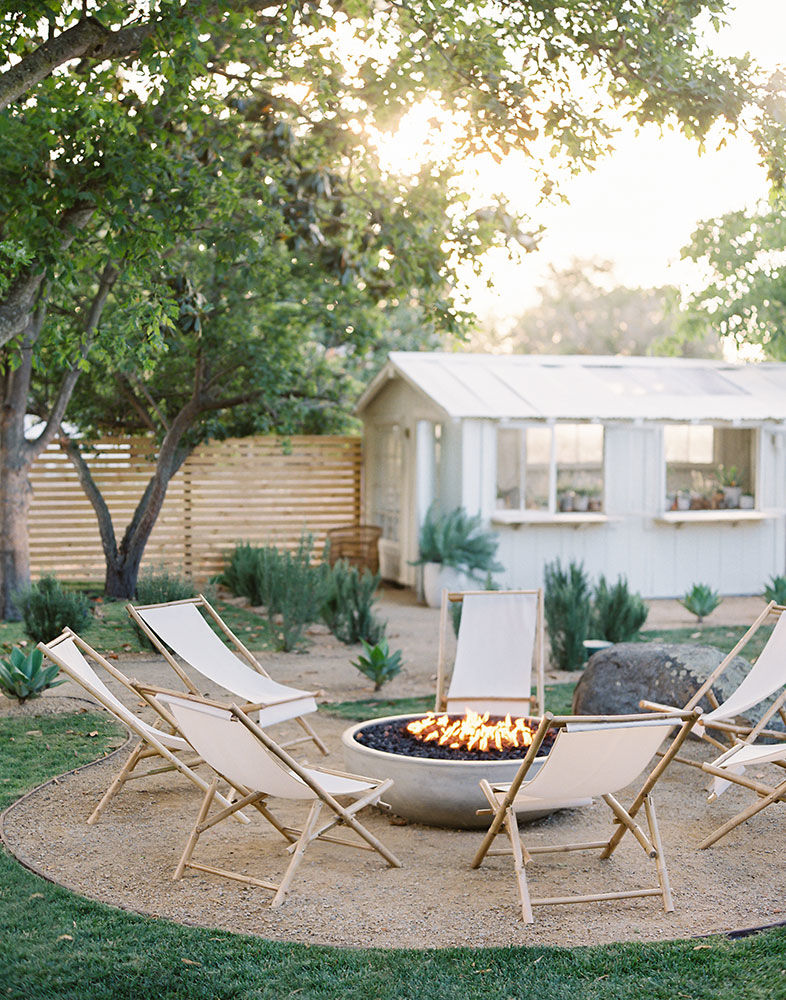 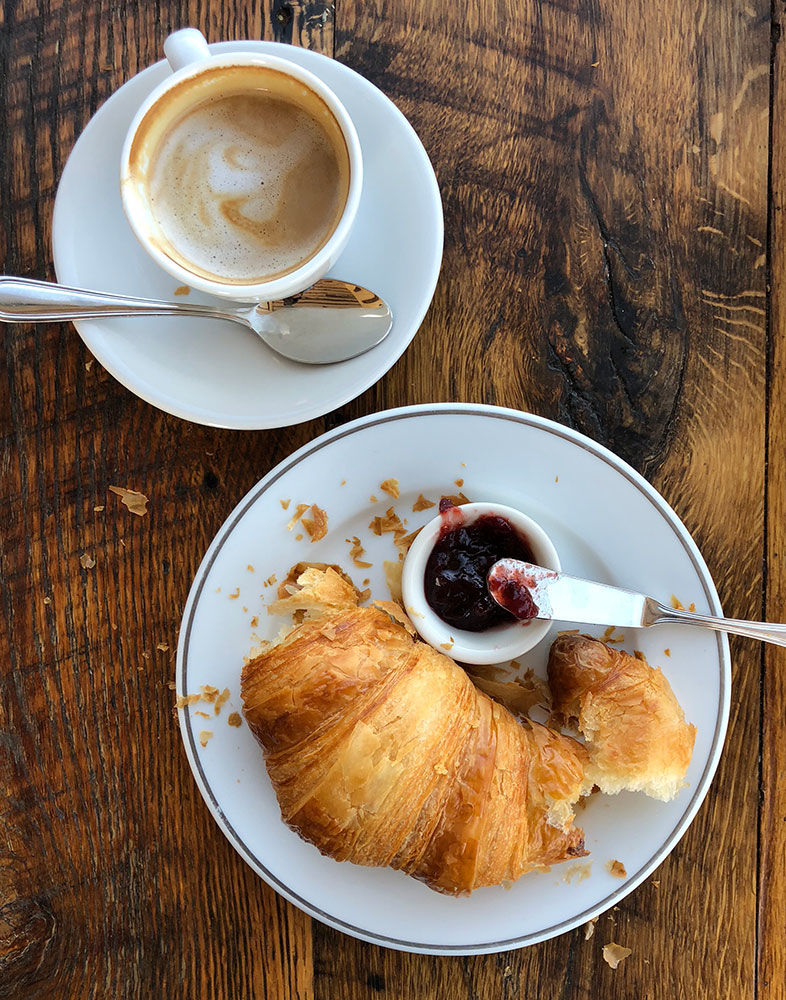 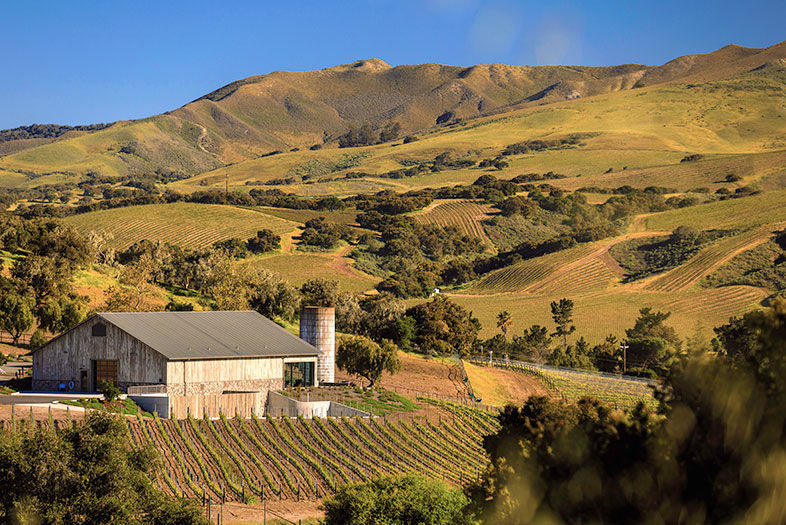 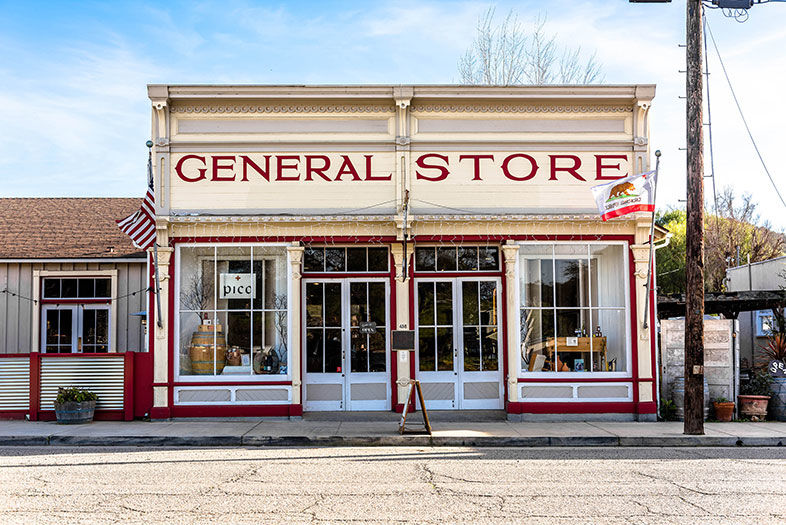 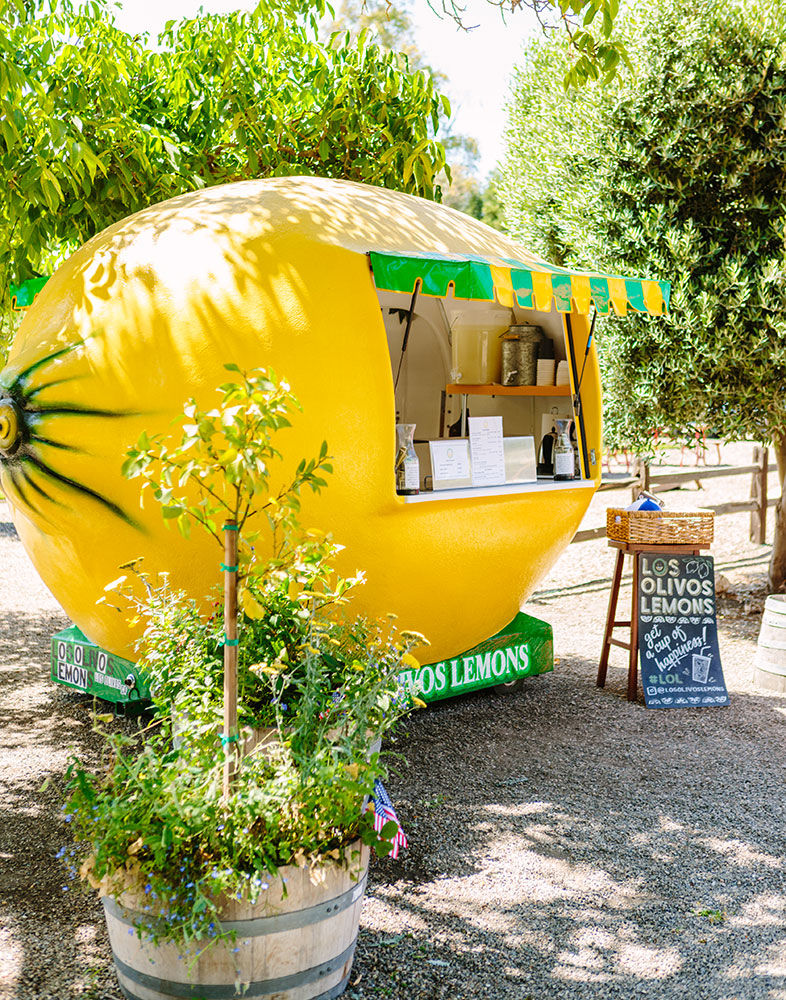 From San Diego, it’s about a five-hour drive to Los Alamos. Upon arrival, check in to the midcentury-cool Skyview Motel, a 1950s motor lodge set on a hilltop (rooms from $179). There are 33 rooms, ranging from 195 to 350 square feet, all dog-friendly and with leather club chairs and marble-clad bathrooms. Many also have patios with fire pits. There are free Linus bikes to rent, a retro pool with cabanas, and morning coffee and pastries in the lobby, which also has a balcony overlooking the rolling wine country hills. Look for a spa yurt opening on-site early this year.

Walk or bike down the hill into town, a seven-block stretch of restaurants, wineries, and antique shops dotting Bell Street. Don’t miss lunch at Bell’s, a new French-inspired bistro led by a husband and wife who previously worked at the Michelin-starred Per Se in New York City. Their menu covers haute yet approachable French fare like an egg salad sandwich with fine herbs and the most pillow-soft gnocchi we’ve ever tried. Walk it off with a visit to two of Los Alamos’ best antique shops—Sisters and the Depot Antique Mall. The former sits in a converted home (the oldest in Los Alamos) and leans farmhouse-chic with copper tea kettles and patinaed platters, while the latter, housed in the former railway depot, is an endless maze of home decor, clothing, and newspapers from the 1800s.

Have a pre-dinner tipple at Bodega Los Alamos. Open since last summer, the wine, cider, and craft beer garden feels like a dreamy backyard straight out of Domino magazine. They pour local reds and whites, are committed to stocking hard-to-find brews, and have a cozy fire pit as well as blankets to keep you warm (the temperature can dip into the forties in the winter). For dinner, walk next door to Full of Life Flatbread. Owner Clark Staub initiated the revolution of this formerly sleepy town when he opened his family-friendly restaurant more than 15 years ago. There are flatbreads ranging from classic (mozzarella with garlic olive oil) to creative (oven-charred red onions, pistachios, rosemary, and flaxseed with Padano cheese) and a huge area for kids to run amok outside.

Every great Los Alamos day starts at Bob’s Well Bread Bakery, and the natural sourdough loaves, thick English muffins, and flaky croissants are as delicious as the founding story. Owner Bob Oswaks worked as a marketing executive at Sony for years, launching shows like Seinfeld and Breaking Bad, before he found a new calling in breadmaking and ditched LA for Los Alamos. His bakery, formerly a 1920s gas station, also serves avocado toast topped with pumpkin seeds and his wife’s housemade jam, made with fruit leftover from pastry making. There’s usually a line, but it’s well worth it.

Drive 20 minutes west to Lompoc for wine tasting at Spear Vineyards, a certified organic winery known for its pinots noirs and chardonnays. Tuck into the tasting room, set in a refurbished barn with windows overlooking the 34 acres of vines, where you can sample their vintages. Now that the drinks are flowing, head back into town for more wine tasting at Lo-Fi Wines, Municipal Winemakers at the Alamo Motel, and a trifecta of culinary pleasures at Casa Dumetz, a hip wine bar that shares a space with Babi’s Beer Emporium and the modern taqueria Valle Fresh. The pork belly taco is a crowd favorite.

After some R&R at the Skyview Motel pool, settle in for dinner at Pico, an ode to gourmet comfort food where chef/owner Drew Terp—who’s cooked in the kitchens of Michelin-starred names like Alain Ducasse—is making duck confit carbonara, seared scallops with bacon cream sauce, and a mushroom salad that’s far more exciting than the name lets on. But don’t let the upscale vibe fool you; there’s even a kids’ play area. Need a nightcap? Walk down the street to the 1880 Union Hotel/Saloon. The Old West landmark was once a prime stop along the stagecoach route that wound through California’s Central Coast and is now a local’s bar, beloved for its low-key digs, late-19th-century decor, and no-nonsense barkeeps.

Yes, Skyview sits on a hilltop, has retained the old-school "motel" sign, and is reminiscent of a certain Hitchcock thriller, but the only place that specifically (and intentionally) nods to the Bates Motel is its on-site restaurant, Norman. There you’ll find a trendy, Palm Springs–style eatery with brunch dishes like huevos rancheros, French toast with local berries, and Bellinis with an ice pop.

While making your way back to San Diego, there are three worthy beverage stops. Los Olivos is a more mainstream wine country hub, but you can’t miss their iconic nonalcoholic drink: At Los Olivos Lemons, a stand shaped like a giant fruit serves refreshing lemonades, straight up or with mix-ins like lavender, jalapeño, or blueberry. Farther south in Solvang—a faux Danish village decked out in windmills and European-style facades—High Roller Tiki Lounge is tucked inside Sort This Out Cellars’ tasting room, and owner Michael Cobb, a former sommelier at Disney’s VIP Club 33, makes dynamite tiki drinks with a wine base.

Because you’ll need the pick-me-up, stop in the new Good Seed Coffee Boutique, a welcome respite from some of Solvang’s more kitschy corners. The beans are roasted locally, and the menu also includes plenty of organic and gluten-free pastries. You can sit in the stylish space or—if you can’t possibly eat more this weekend—take it all to go.