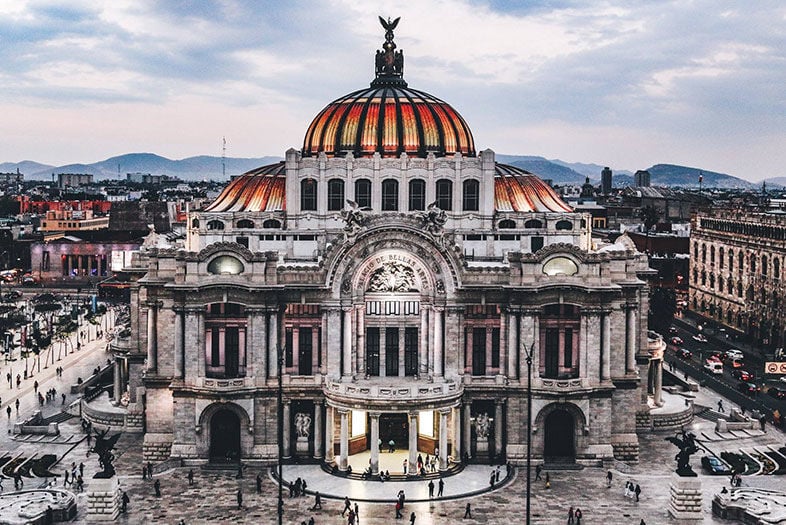 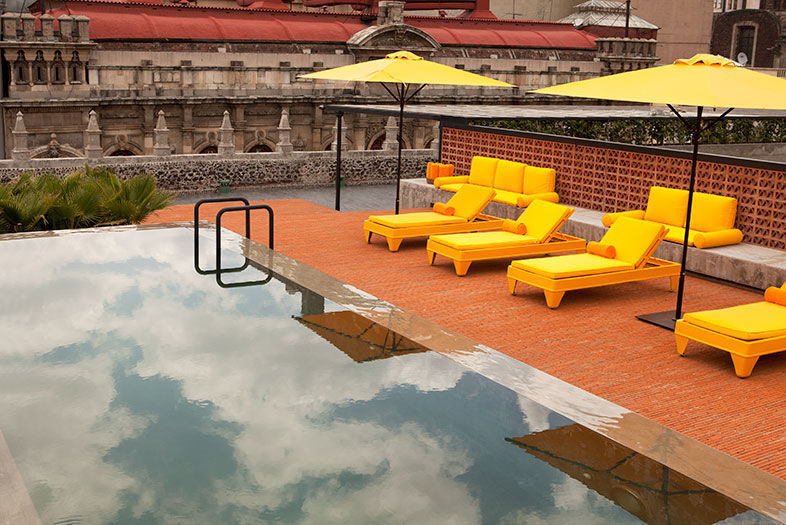 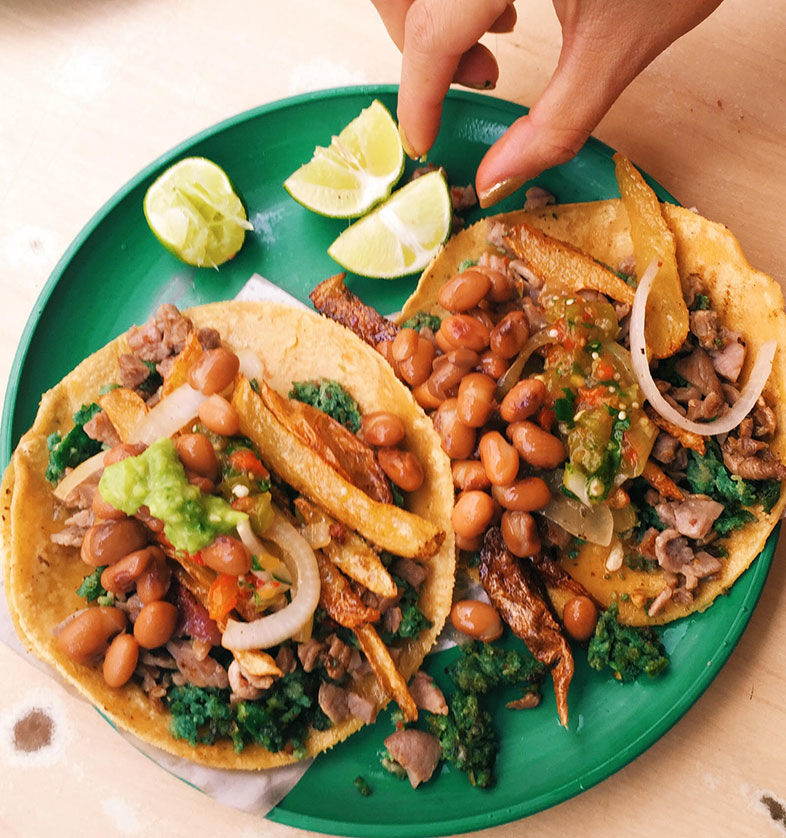 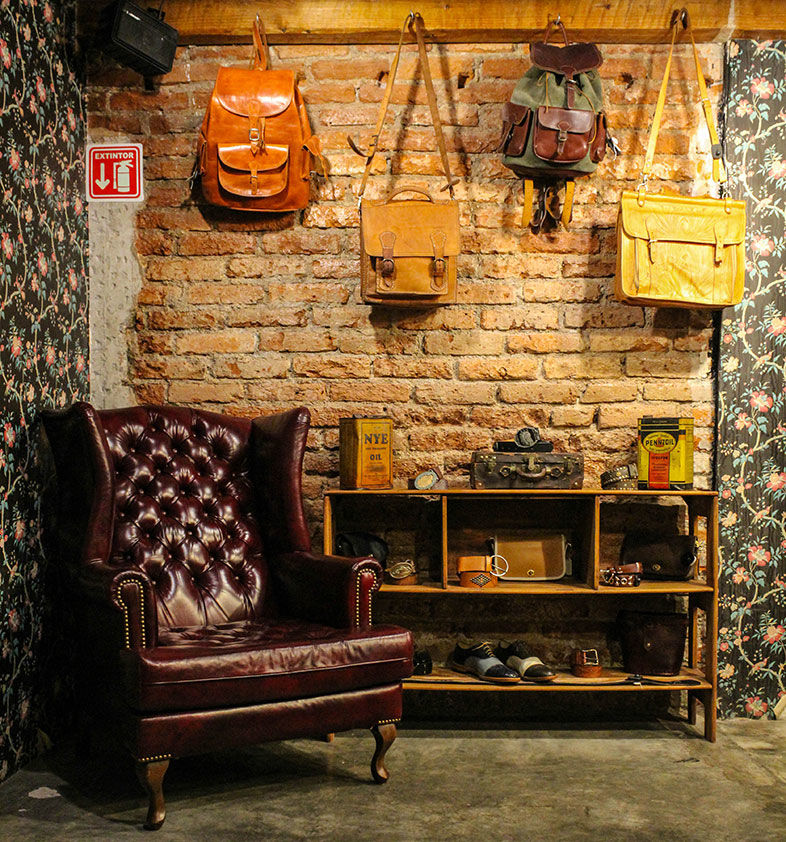 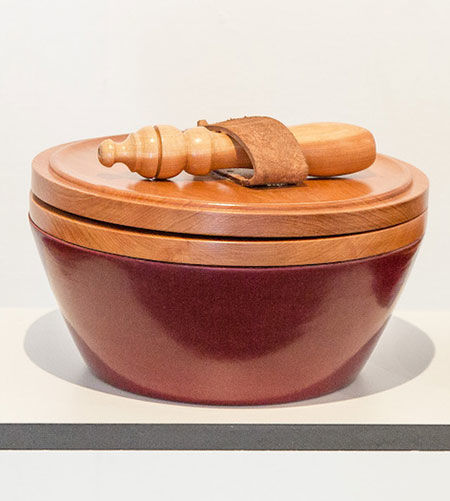 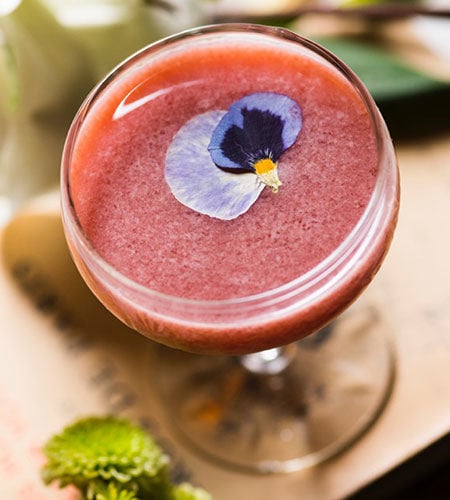 Editor’s note: We went to press with this story before the September 19 earthquake near Mexico City. After the tragic event happened, running a guide to the wonderful places to visit in that vibrant city seemed insensitive. Nonetheless, we’ve decided to publish the story with hopes that readers will be mindful of the residents and victims, and consider exploring the city someday soon. Meantime, here is a list of organizations and a fundraising event that could use your donations.

The exclusive three-suite La Valise Hotel puts you in the heart of Colonia Roma, one of Mexico City’s prettiest neighborhoods thanks to its graceful 19th-century architecture. The coveted Terraza Suite is kitted out with sculptural furniture, 600-thread-count sheets, and a king-size bed that can be rolled onto the rooftop terrace when you want to sleep under the stars.

Contemporary Mexican design takes the spotlight at the 36-room Hotel Carlota, a masterpiece of poured concrete, wood, and splashes of color just off Paseo de la Reforma, the city’s central artery. The pocket-size pool makes the courtyard feel like a little oasis amid the urban jungle.

Housed in one of the Centro Histórico’s oldest residences, hotel Downtown México lets you live like a colonial-era aristocrat, just a few blocks from the Zócalo. In addition to its 17 modern, minimalist rooms, the property features thick walls of volcanic stone, ground-floor restaurants and shops, and a tranquil rooftop pool and bar.

Start the day with an expertly pulled cortado at newly opened Cicatriz in photogenic Colonia Juárez. The day-to-night menu includes thick, toasted slabs of artisanal bread with house-made ricotta and jam, a kale salad, and a full bar.

Since Enrique Olvera first opened Pujol in a hushed space in posh Polanco more than 15 years ago, he’s become a staple on lists of the world’s best restaurants, opening Cosme to acclaim in New York City and being featured on Netflix’s Chef’s Table. He spent last winter moving his flagship restaurant to an airy new location that has a more playful feel but still serves the same ancestral meets avant-garde dishes that made him famous, including a "mother mole" sauce he’s been simmering for nearly four years.

On weekends, there’s always a line at El Parnita, a longtime see-and-be-seen spot in Colonia Roma that opens only for lunch. Now, the party continues into the wee hours at the newly added Páramo, a semi-hidden bar and restaurant upstairs serving a similar menu of flavorful ceviches and vegetarian tacos, plus clever contemporary cocktails, to an über-hip crowd.

You might recognize the name Club Tengo Hambre from its Tijuana and Baja food excursions. Turns out, the "roving supper club" has been offering tours of taco stands and markets in the Mexican capital since late 2014. The $90 Street Food Essentials downtown walking tour is a six-stop, 3.5-hour odyssey of stewed and grilled meats slathered on pillowy tortillas, with context provided by English-speaking tour guides.

Held in the ballroom and courtyard of Colonia Roma’s gorgeous Centro Gallego, the monthly Tráfico Bazar brings together Mexico City’s Etsy-preneurs—indie designers who make everything from leather shoes and handbags to fashion capes and jewelry.

Goodbye Folk is a combination vintage clothing boutique, custom shoemaker, and barbershop, all in one tiny space on Calle Colima. Pick up a pair of cheetah-print slides or pink leather monk straps, or design your own kicks to order.

Spend a Sunday wading through the stalls at the massive Mercado la Lagunilla, where, among the usual array of pirated DVDs and novelty tees, you’ll find a treasure trove of antique furniture, midcentury lamps, vinyl records, and more. Watch your belongings as you shoulder through the crowds of cool teens drinking Big Gulp–size micheladas to get to the food stalls (the Colombian one serves a killer arepa).

Mexico City is home to one of the largest concentrations of museums in the world, including popular stops like the Frida Kahlo Museum and the regal Palacio de Bellas Artes, but those are just the start. In addition to its compelling collection of 16th-to-19th-century decorative arts and European painting, the Museo Franz Meyer also has slated one of the year’s most hotly anticipated openings. Tim Burton: The Exhibition will feature ephemera from the auteur’s films, including drawings, storyboards, marionettes, props, and costumes from such classics as The Nightmare Before Christmas. It opens December 7 and runs through next April.

Fresh off the success of its comprehensive Andy Warhol exhibition, the Museo Jumex will present Learning to Read with John Baldessari, a major survey of about 80 works by the National City–born conceptual artist, opening November 11.

October is also Design Month, when events like Design Week México (October 4–8) and the Abierto Mexicano de Diseño (October 18–22) bring architects and designers from around the world to the city for special exhibitions, pop-up installations, film screenings, symposia, and product showcases.

Start the night at one of the city’s genuinely worthwhile tourist attractions, Plaza Garibaldi, the once-seedy square that in recent years has been restored into a gathering place for dozens of spangly-suited mariachi musicians. Have a beer over songs sung at El Salón Tenampa, which dates back to 1925.

Mexico City loves its speakeasies, and one of the newest—and hardest to find—is Hanky Panky, hidden behind an inconspicuous fonda in Colonia Juárez (request a reservation via Facebook). Once inside, enjoy classic cocktails and creative concoctions like the "Sonoroni," a Mexified take on a negroni that swaps gin for bacanora.

Catch up-and-coming Mexican and international bands at Departamento in Colonia Roma. As the name implies, the place feels a bit like your coolest friend’s apartment, with live music or DJ sets five nights a week.

Wind up at the delightfully weird Patrick Miller, one of the few places in the city where people from all ages and social classes rub elbows to the beat of ’80s italodisco. Don’t be surprised to see a middle-aged cab driver facing off against a twentysomething hipster in a dance battle under the lights of the mirror ball.