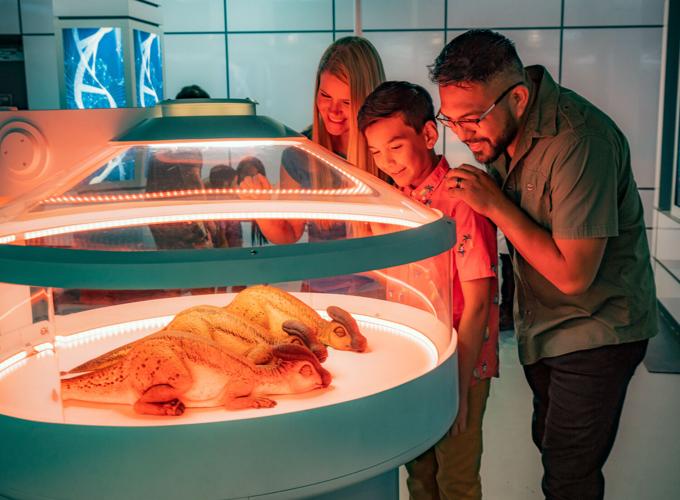 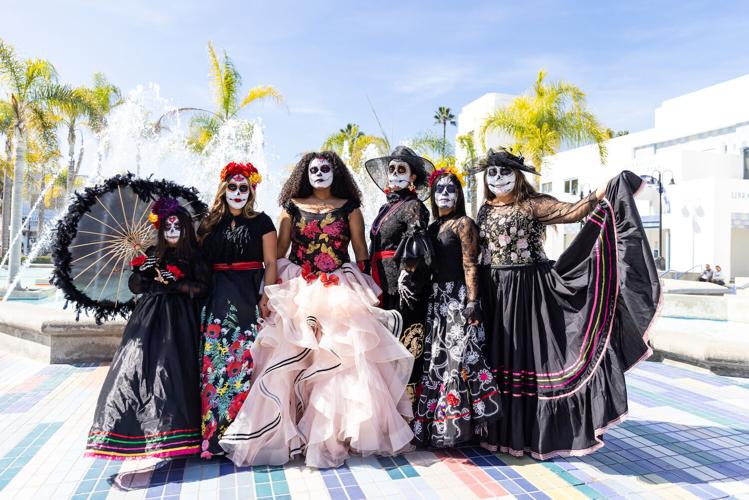 The San Diego International Film Festival celebrates the best of film with several events, parties, and panels. This includes Thursday’s Night of the Stars Tribute at the Conrad Prebys Performing Arts Center where several of the film industry’s most acclaimed actors and directors will be honored and Sunday’s “Culinary Cinema” where screen and cuisine will be paired to perfection. Screenings will be held at AMC UTC 14 from 9:30 a.m. to 11 p.m. daily where studio and independent features, documentaries and short films will be featured, many of which will be followed by snacks, cocktails and conversations. For anyone who can’t attend in-person, all the films from the screenings can also be viewed virtually with a 5 day digital pass. | 4425 La Jolla Village Drive, La Jolla

Placing audiences into the center of the film series’ mystical world, Jurassic World: The Exhibition offers the chance to explore Isla Nubar. This interactive walk-through lets people go face-to-face with several dinosaurs and get a look at the Tyrannosaurus rex, Brachiosaurus, and raptors using scenes inspired by the film. This limited time attraction opens at Westfield Mission Valley on October 21 and will be open through April 2023. Find tickets and reserve your date and time here. | 1640 Camino Del Rio North, Mission Valley

Heritage Ranch is hosting its very first Haunted Ghost Town this October as the haunting history of the region takes over the ranch once the sun goes down. Those who are up for the challenge take a tour of the site and look through artifacts and exhibits while eerie surprises put on by students of Ovation Theater will shock at every opportunity. | 450 Quail Gardens Drive, Encinitas

Party to the best of latin music at ¡Pon Bad Bunny!, a celebration of the reggaeton superstar Bad Bunny at Quartyard San Diego. Resident DJ ALX BRTZ will be hosting the event and headlining a lineup of Latin DJs from all over the country including Chicago’s DJ Ora, New York’s DJ Uptown and San Diego’s very own Mike Zee. Tickets are $20 and can be purchased here. | 1301 Market Street, Gaslamp

Trusted Housesitters in partnership with The Animal Pad are hosting their 2nd Annual Howl-O-Ween, a free community event at Little Italy’s Amici Amphitheater to bring together pets for spooky season. From 10 a.m. to 2 p.m. attendees and their “furry friends'' are encouraged to dress up in Halloween costumes and enjoy pet-friendly photo booths, artwork and plenty of pet goodies. There will also be raffles, prizes and the chance to adopt additional furry friends. | 1660 Union Street, Little Italy

The 56th Borrego Days Desert Festival promises plenty of family-friendly fun at Christmas Circle Park all weekend long. There will be live music, the “Shine & Show” car show, and a comedy hypnosis show to entertain and mystify the crowd. Additionally, there will be several food and artisan vendors, an adult beer garden and several art exhibits to peruse through. The festival will roll on from 9:45 a.m. to 6 p.m. Saturday and 10 a.m. to 3 p.m. Sunday. | Palm Canyon Drive, Borrego Springs

This weekend, the Rooftop Cinema Club Embarcadero continues its month-long Halloween celebration with the Witches Weekender Costume Party. Featuring plenty of classic wild and witchy films beginning with “Halloweentown” and ending with the “Blair Witch Project,” every guest who attends one of the screenings this weekend in costume will receive Halloween treats and get the chance to win more prizes for the best dressed witch in their costume contest. More fun and frightening witch films being shown this weekend include “Hocus Pocus,” “The Craft,” “The Addams Family” and “Practical Magic.” | 1 Market Place, Embarcadero

Oceanside welcomes visitors to celebrate their loved ones who have passed away as the 21st annual Dia de Los Muertos Festival takes over Downtown this Sunday. From 10 a.m. to 5 p.m. the streets will be decorated with art, altars (including vehicle altars in the Por Siempre Car Club show), and a chalk cemetery. There will also be live music, delicious food from several Mexican food vendors and several cultural dance performances including the Danza de los Diablos (“Devil’s Dance”). | 300 North Coast Highway, Oceanside