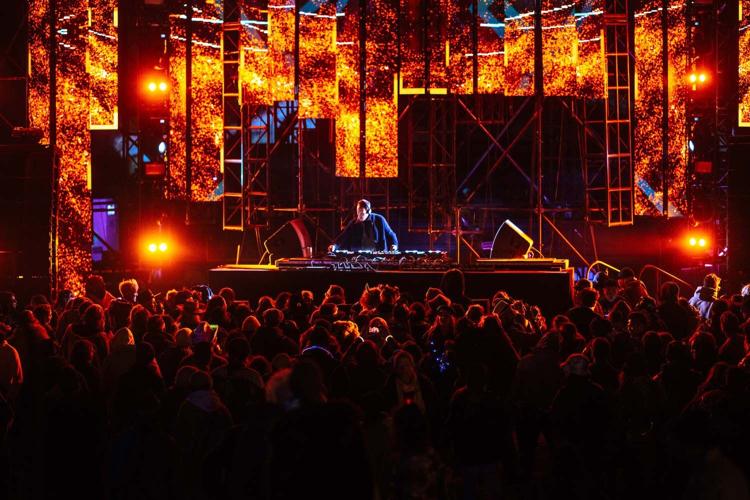 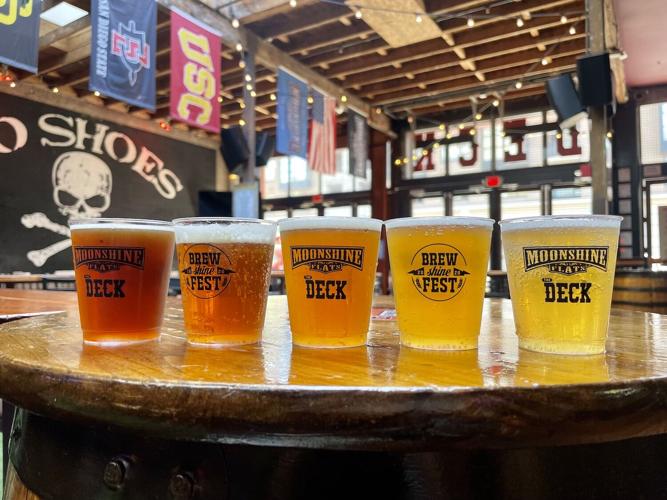 Boasting dozens of events pairing cuisine from acclaimed San Diego chefs and spirits from several domestic and international wineries, the San Diego Bay Wine and Food Festival returns. The day features a variety of events including Friday’s Grand Decant featuring renowned winemakers sommeliers, Saturday’s Grand Tasting, a massive foodie party, and Sunday’s Grand Fiesta, which will feature the best of Mexican wine, spirits and cuisine. Guests can buy tickets to individual events such as Friday’s prime rib dinner with Bob the Butcher at Ranch 45 or a general admission pass for all of Saturday and Sunday’s events. | Citywide

Take a trip across the Coronado Bridge for the city's annual film festival, with Q&As, workshops, performances, panels and screenings planned throughout the week. This year marks the return of their traditional festival format complete with in-person and virtual screenings, a culinary cinema series and plenty of red carpet flair. The four-day festival includes events across the island such as the Village Theater and the Coronado Performing Arts Theater and moviegoers can purchase an all-inclusive badge or purchase tickets for individual screenings. | Citywide

Based on Dr. Seuss’ classic Christmas tale, Dr. Seuss’ How the Grinch Stole Christmas! is back at The Old Globe for another year. With songs like “Santa for a Day,” “You’re a Mean One, Mr. Grinch,” and “Welcome, Christmas (Fah Who Doraze),” audiences will be transported to the winter wonderland of Who-ville where the holiday’s most beloved grumpy villain attempts to rid of Christmas once and for all. | 1363 Old Globe Way, Balboa Park

Love Machine offers a weekend of music, health and wellness in Jacumba Hot Springs, an hour away from the city life of San Diego. The weekend will include performances from several DJs like Dixon, Doc Martin, Innellea, Sébastien Léger, along with holistic workshops, yoga and sound baths to provide a socially minded retreat experience. General admission tickets can be purchased for a single day or the entire weekend, with the added option to go all out for the weekend glamping experience. | 1951 Carrizo Gorge Road, Jacumba Hot Springs

As the Del Mar Racetrack enjoys its opening weekend of the racing season, San Diegans can dress up in their best derby attire and take advantage of the track’s at Uncorked Derby Days Wine Fest this Saturday from 12 to 4 p.m. Guests will get the chance to sample from more than 100 wines and champagnes from all over the world, enjoy bites from local food trucks and listen to live music while watching races trackside. Early admission tickets are $80 and come with an extra hour of tasting starting at 12 p.m. and bonus selections from participating wineries, while general admission ticket holders may enter at 1 p.m. | 2260 Jimmy Durante Boulevard, Del Mar

San Diego-based abstract artist Tyson King will be showcasing his latest collection The Evolution of Man on the rooftop of the Andaz San Diego. The exhibit features a series of mannequins displaying the growth and enlightenment process from toddler to adult, giving viewers the chance to experience the steps of evolution. Admission is free and attendees can enjoy drinks, music and a chance to meet the artist and purchase his work. | 600 F Street, Gaslamp

Sunday’s Brewshine Fest at Moonshine Flats will feature beer, kombucha and cider from 17 local breweries like Ballast Point, JuneShine, Bay City Brewing Co. and more. Each brewery in attendance will be offering specialty pours and ticket holders can also enjoy live music from The Pistol Blonde inside Moonshine Flats or a performance from DJ Famous Dave on The Deck. A $50 general admission ticket gets you entrance from 1 to 5 p.m. and fifteen 3 oz. pours while a $65 VIP ticket gets ticket holders unlimited pours, early entrance at 12 p.m. and a limited edition pint glass. | 344 7th Avenue, Gaslamp; 335 6th Avenue, Gaslamp

Beer Garden at The Lodge at Torrey Pines

The world’s oldest active sailing ship, Star of India, celebrates its 159th birthday this Sunday at the Maritime Museum of San Diego. In preparation for the Star of India’s next sail on November 11 and 12, the museum’s birthday ceremony will unveil the vessel’s restored Euterpe figurehead, named after the Greek goddess of music and poetry. The unveiling will occur from noon to 1 p.m., and visitors can come aboard the ship and enjoy festive maritime music (1-3 p.m.), and celebratory cake and punch while on the ship (12-3 p.m.). For Sunday only, General admission ticket holders may bring a friend or family member for free to enjoy the festivities. | 1492 North Harbor Drive, Embarcadero