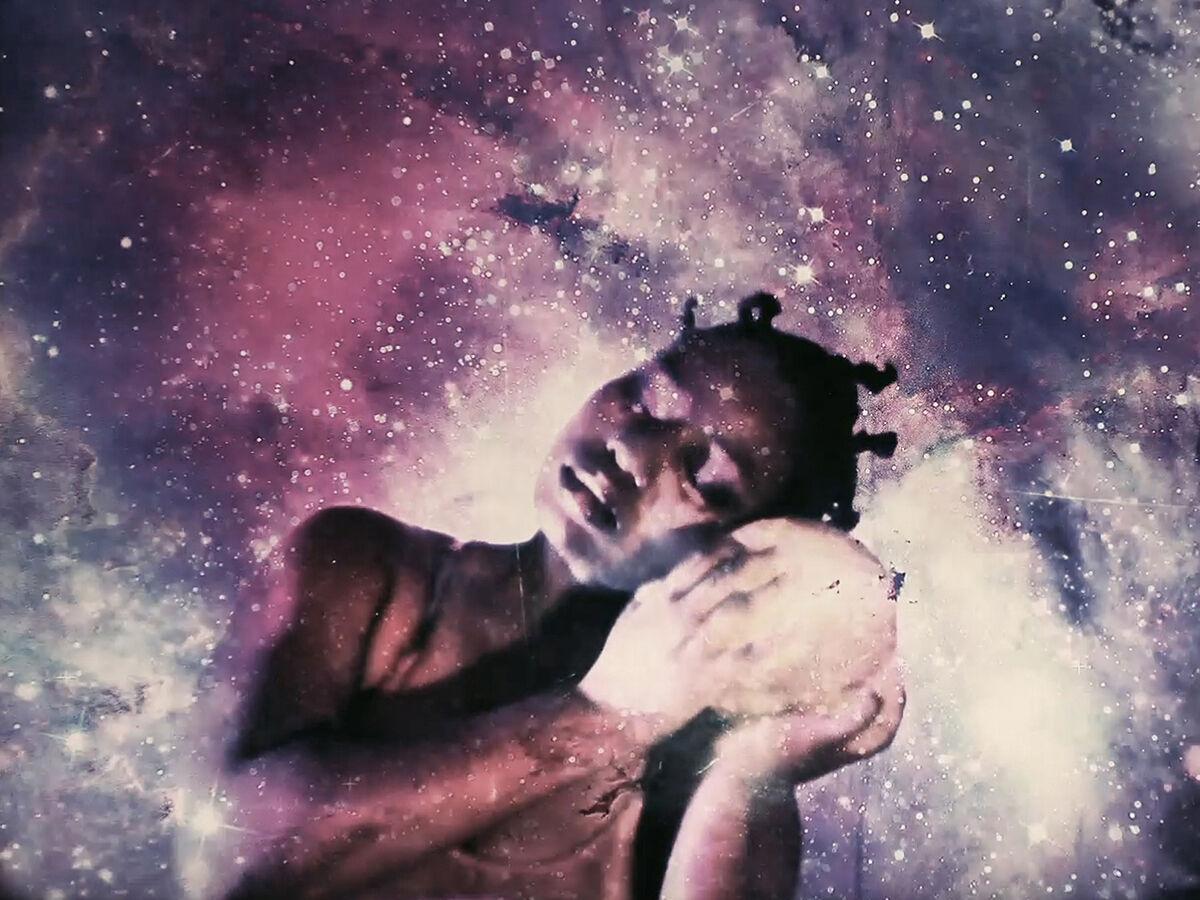 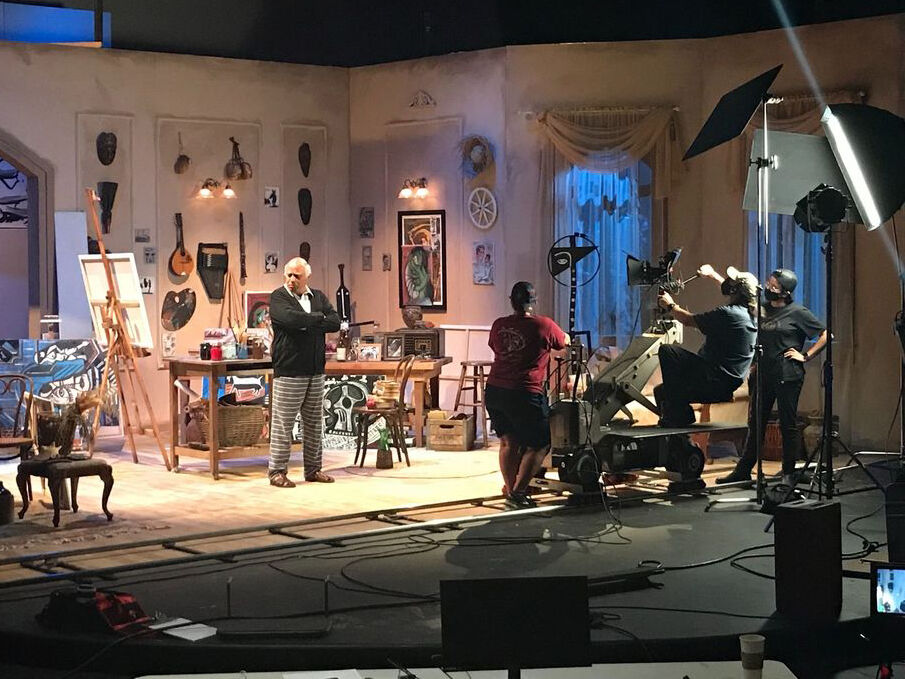 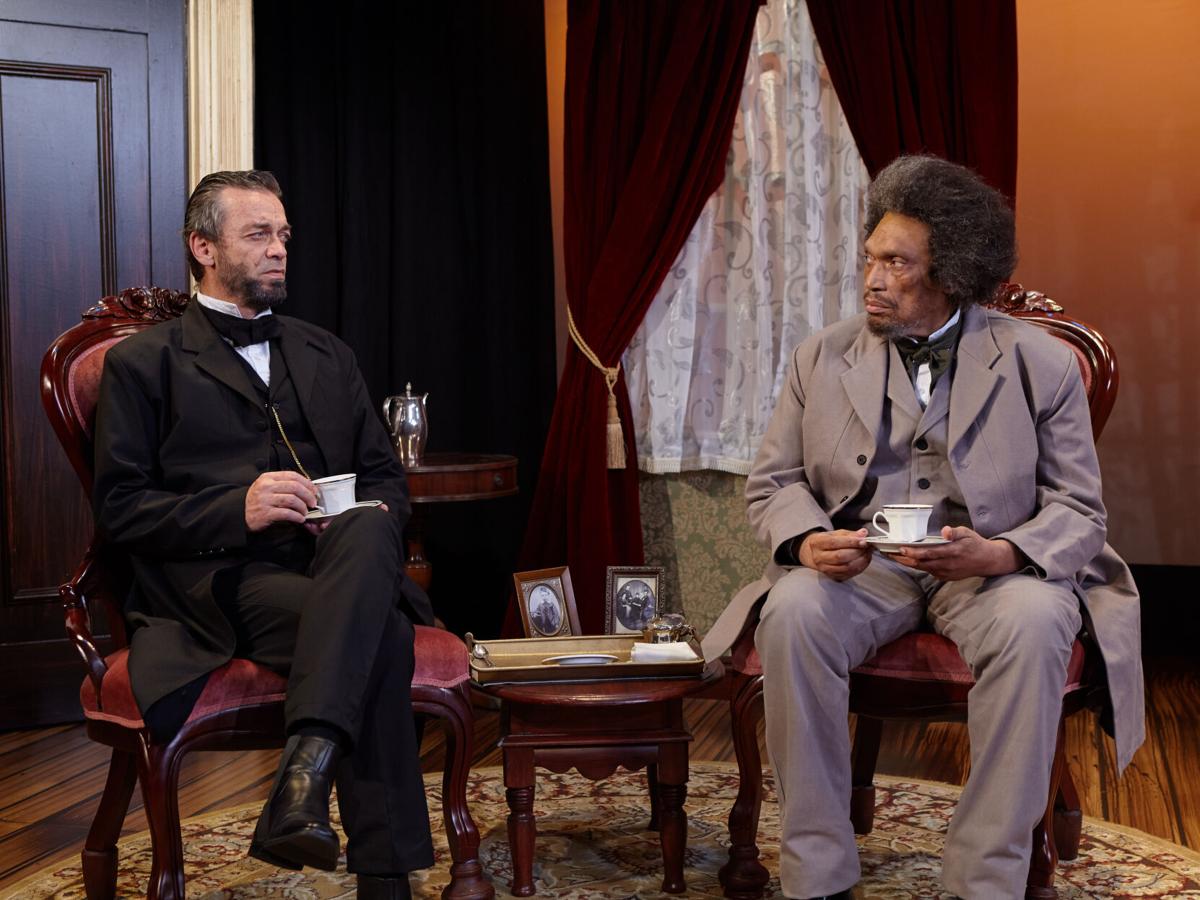 Believe it or not, live theater hasn’t stopped just because we can’t gather in large groups anymore. San Diego theater companies have been hard at work figuring out how to adapt their programming to the day’s public health circumstances, and continue creating art at a time when most of us could use a little soul nourishment. If you’d like a break from the news for a little local culture, check out these four upcoming or current productions for September.

Available to experience now through October 4; tickets must be bought before September 26

This one trades off narrative for an experimental, tactile experience. A mysterious laboratory has unlocked a gateway for sending a message to the great beyond. Who will you make contact with, and what psychedelic dimensions will your message travel through to reach them? The enjoyment of this piece is all about the uncanny eerieness and thrill of broaching the unknown, so without spoiling any of its surprises, I can say that it involves multiple media and viewer participation—starting with an actual letter mailed to your house with specific instructions about how and when to open it. If you go into it with an open mind and an active imagination, you’re in for a touching, unforgettable experience, which changes depending on how you interact with it—with 416 possible permutations, no two viewers are likely to experience the exact same outcome.

Following the success of Human Error, their creative Zoom-format show, North Coast Repertory Theatre negotiated a new-media contract with SAG to bring their season 39 opener, Necessary Sacrifices, back to their Solana Beach stage. This West Coast premiere, first commissioned in 2012 for Ford’s Theatre in Washington DC, imagines in fascinating detail the conversations between Abraham Lincoln (Ray Chambers) and Frederick Douglass (Hawthorne James) during their two documented meetings, in August 1863 and August 1864.

Historically, neither man documented what transpired during those meetings in detail, but the issues that the characters raise in the play, and the stances they argue from, are realistically extrapolated from their other writing. Douglass comes to the commander-in-chief, in part, to demand full equality for freed Black men in the Union army, including equal pay and the ability to become commissioned officers. Lincoln, however, believes he musn’t force these radical-for-the-time changes, lest he lose the support of the white men he needs to win the war.

It’s extremely easy to find contemporary parallels to this struggle, between the ideals of the “outsider” vs. the compromises of the “insider” when it comes to social change. And it’s sobering to see that all the core questions Lincoln and Douglass come back to, wrestling over the place that Black people will have in American society, remain in bitter contention today. Director Peter Ellenstein puts it well: “Those who see injustice and those who feel injustice often have a very different sense of urgency.” Still, it’s inspiring to see these leaders exercise their capacity to listen to each other, consider the other’s perspective, and, even slowly, adapt their policies in time.

Chambers and James both mount strong, fascinating performances in this recording, which has all the production value of a traditional play, plus the benefit of professional film editing. Once you buy your ticket and open the link, you have 48 hours to watch.

The Niceties, from Moxie Theatre

September 17 through October 4 via Zoom

Moxie has a reputation for putting out stellar work by women and nonbinary artists, and I can’t wait to see their new season opener, The Niceties, the first full production they’ve done since the pandemic began—especially because Delicia Turner-Sonnenberg, one of the theater’s founding members and director of some of the best San Diego plays of the past few years, is at the helm.

Zoe (Deja Fields) is a young, brilliant Black college junior and Janine (Mouchette van Helsdingen), her equally brilliant white professor. Zoe’s writing a paper on the American Revolution, and when she meets with Janine to discuss its implications, both women quickly find themselves in dangerous territory. Playwright Eleanor Burgess says, “I write to understand things, I write about things that confuse me, I write about things that trouble me, topics where I really thought I knew what I believed and then someone said something that shook me down to my core and all of sudden I realize that maybe I don’t know what I believe.”

The play was recorded on the Moxie stage, but is still streaming at set performance times because it has a live component—plus, there’s pre- and post-show live content, including a meet-and-greet with the artists and a clip from a film the Moxie crew made documenting the novel process of doing theater during the pandemic.

A Weekend with Pablo Picasso, from San Diego Repertory Theatre

Available to stream any time September 17 through October 14

Written and performed by Herbert Siguenza

This play by and starring Herbert Siguenza, San Diego Rep’s very funny playwright-in-residence, casts him as the one artist everyone on earth knows by name. Previously staged to rave reviews in San Diego, Los Angeles, and the Bay Area (the San Diego Gay & Lesbian News called it “utterly engaging”), it returns for an encore recording that anyone can enjoy at home. The one-man play invites you into Picasso’s private studio on the southern coast of France in 1957, where he’ll draw and paint in real time, sculpt, dance, joke, confide, and philosophize. Once you buy your ticket, you can stream the performance at any time.