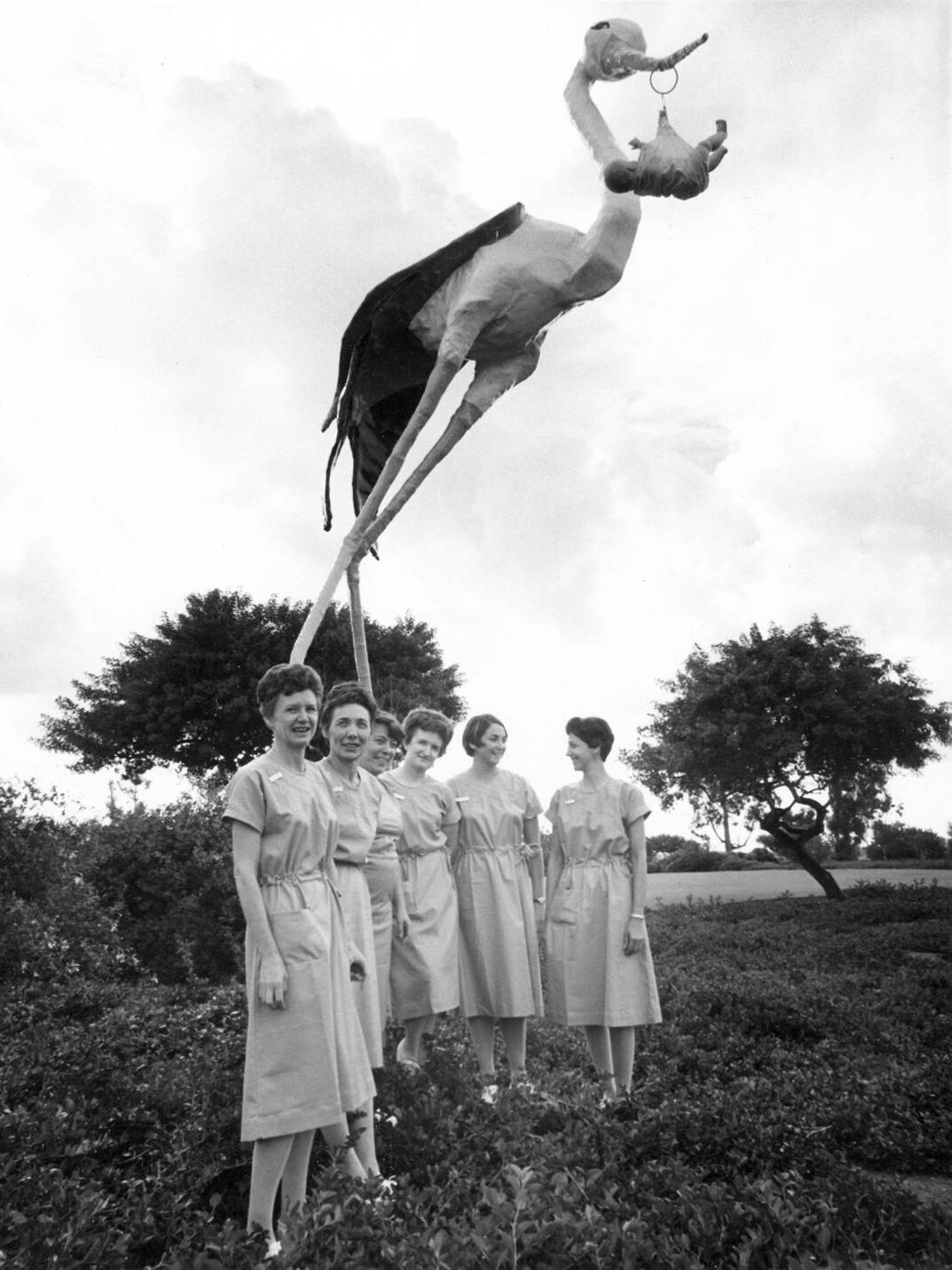 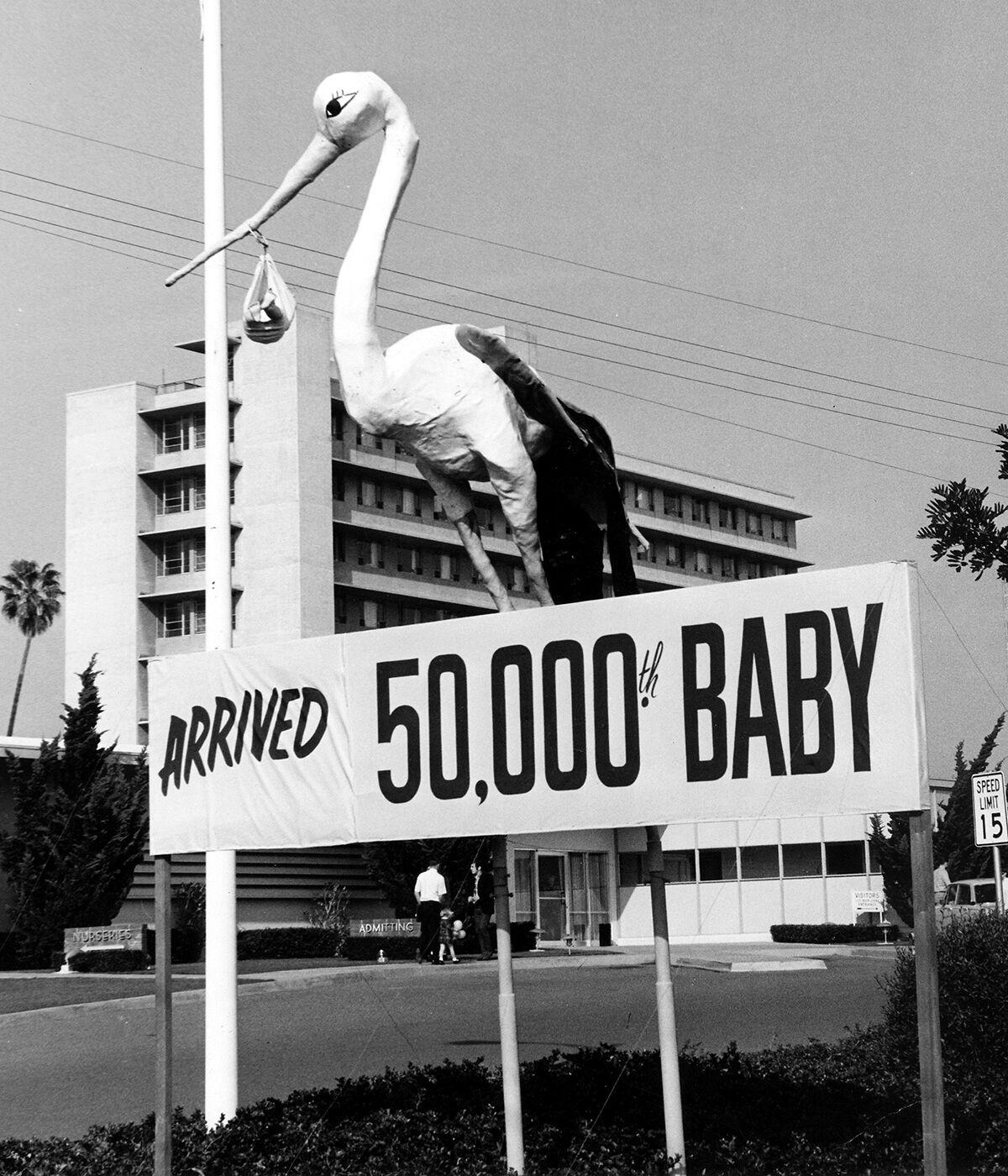 The stork welcomes a milestone delivery 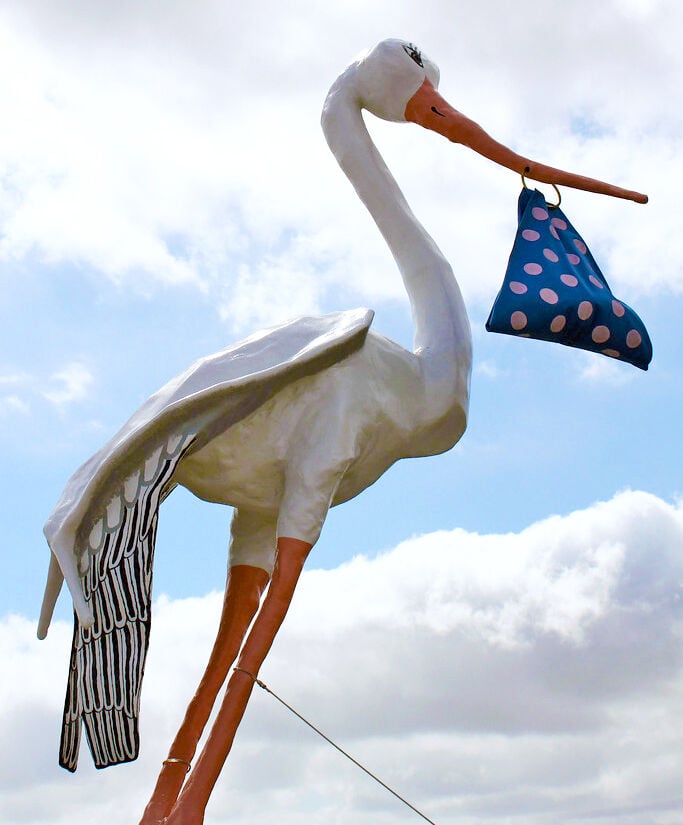 Blink and you might miss it. The stork stands atop the Sharp Mary Birch parking structure, just east of the northbound 163 freeway, right before it intersects with the 805. It may not seem like it had much of a life before roosting there, but the longtime mascot is actually one of the few surviving decorations from the 1960 Rose Parade, where it debuted as the main attraction of the city of Sierra Madre’s “Birds and the Bees” float.

The 18-foot stork caught the eye of Frank McDougall, Sharp’s CEO at the time. After the parade, McDougall adopted the bird—which was originally made of chicken wire and papier-mâché—to bring back as a mascot for the new Sharp maternity ward, known as the Stork Club.

Since then, it has experienced its fair share of newsworthy moments, including riding a crane to its current location, getting a makeover to preserve its original frame, and temporarily losing its baby during a windstorm in 2016. (Nowadays, the stork and its charge are brought inside for inclement weather.)

During its 60-year tenure, the stork has overseen 350,000 deliveries at Sharp Mary Birch. And while the folk image of storks dropping off newborns may be old-fashioned now, this beloved icon has found a new role in modern times—as the guardian, watching over and welcoming new life just beyond the hospital doors.