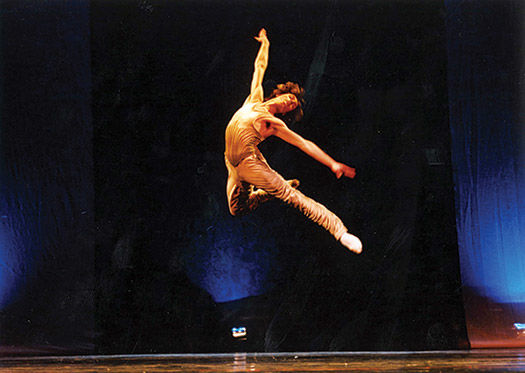 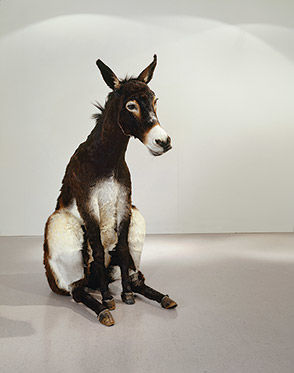 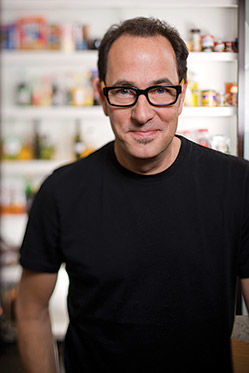 Astronaut admirers have the opportunity to meet and greet a true spaceman at the San Diego Air and Space Museum, which welcomes Apollo 11 astronaut Buzz Aldrin for a signing of his latest memoir and children’s books and the opening of the museum’s new exhibition, "Space: A Journey to Our Future." 1 to 2:30 p.m. 2001 Pan American Plaza, Balboa Park, 619-234-8291, www.sandiegoairandspace.org.

Even before its official run began, this music-laced comedy about a pair of Canadians seeking stardom as concert pianists had extended its stay another week at the North Coast Rep Theatre. The boys-turned-men tickle the ivories for 90 minutes of music, ranging from classical to pops to jazz. 987 Lomas Santa Fe Drive, Solana Beach, 858-481-1055, www.northcoastrep.org.

February is a fine time to get your cultural fix, thanks to this month-long promotion offering half-off admission to 40 San Diego County museums, historic sites and educational institutions. Pick up your free Museum Month pass at any Macy’s store in San Diego County, Temecula or Imperial Valley and present it to a participating organization--ranging from the Birch Aquarium and the Maritime Museum to the Oceanside Museum of Art and Lux Art Institute--to receive the 50 percent discount for up to four people. www.sandiegomuseumcouncil.org.

Shakespeare’s tragic tale of star-crossed love is told by one of the world’s premier ballet companies during this performance at Balboa Theatre. 8 p.m. 868 Fourth Avenue, 619-570-1100, www.sandiegotheatres.org.

Great News Cooking School in Pacific Beach proves that the couple who cooks together stays together--at least long enough to eat--at this hands-on cooking class catering to pairs who want to learn how to prepare a meal they’ll be proud of. 6 p.m. 1788 Garnet Avenue, 858-270-1582, www.great-news.com.

The Museum of Contemporary Art San Diego fills its La Jolla galleries with works by more than 25 of today’s prominent international contemporary artists in its newest exhibition. The weekend kicks off the exhibit with a members’ opening--free to members, $20 for the general public--on Friday, featuring a sneak peek and cash bar, followed by the public opening and curatorial walk-through on Saturday. 7 p.m. Friday; 11 a.m. opening and 1 p.m. walk with associate curator Lucia Sanroman. 700 Prospect Street, La Jolla, 858-454-3451, www.mcasd.org.

The San Diego Natural History Museum demonstrates "the public expression of a commitment to binational understanding, education and partnership" at this ninth annual binational fund-raiser, featuring gourmet food and drink stations from restaurants and caterers from both sides of the border and honoring the cross-border work of mother-daughter team Yolanda Walther-Meade and Yolanda S. Walther-Meade. The gala is followed by an after-party soirée, including drinks, dessert stations and dancing to live music. 6 p.m. to midnight. 1788 El Prado, Balboa Park, 619-255-0188, www.sdnhm.org/dosaguilas.

The San Diego Center for Jewish Culture celebrates more than two decades of bringing the best in contemporary Jewish-theme films from around the world at the 21st annual San Diego Jewish Film Festival, taking place at cinemas throughout the county. 858-362-1348, www.lfjcc.org/sdjff.

Think of a U.S. Navy plane flyby, and you may think back to Top Gun and the unauthorized act that got a young Tom Cruise reprimanded. This month, there will be a lot more awe and applause than admonishment, as spectators aboard the USS Midway view the largest U.S. Navy flyover since the end of World War II, with more than 100 aircraft participating in the Navy’s Parade of Flight, commemorating 100 years of naval aviation. Live entertainment begins on the Midway at noon, with the parade at 1 p.m. 910 North Harbor Drive, 619-544-9600, www.midway.org. Families can also enjoy a free Family Day event in Coronado, where the first flight of a Naval aircraft took place in 1911. The event at North Island Naval Station features aircraft exhibits, music, food and a full view of the flyover. www.navalaviation100.org.

Wine and dine your sweetheart with a hearty helping of both. This three-hour tour of lovely La Jolla features sweet samplings as it takes tour participants on a leisurely mile walk through the village, stopping at four or five spots to taste gourmet goods and fine wines presented by local chefs and sommeliers. Tours run daily, by appointment. 3 to 6 p.m. 766 Fay Avenue, La Jolla, 858-551-5115, www.lajollawinetours.com.

Why go to see the wizard as he takes to the Civic Theatre stage this month? Because, because, because, because, because…because of the wonderful things he does, of course. Broadway/San Diego brings the beloved 1939 movie to life for audience members of all ages. Various times. 1100 Third Avenue, downtown, 619-570-1100, www.broadwaysd.com.

If you loved the irreverent film of the same name, featuring the zany Hoover family and their daughter’s overzealous quest to win the eponymous beauty pageant title, you won’t want to miss this world-premiere musical comedy at the La Jolla Playhouse. Various times. 2910 La Jolla Village Drive, 858-550-1010, www.lajollaplayhouse.org.

Classic-film buffs can catch movie icons Peter Fonda, Dennis Hopper and Jack Nicholson on the big screen at this Museum of Photographic Arts screening of the 1969 film about the freedom of the road in 1960s America. The event also features art-making and artfully crafted cocktails by the mixologists at Alchemy Restaurant. 7 p.m. 1649 El Prado, Balboa Park, 619-238-7559, www.mopa.org.

San Diego’s favorite "cooking guy" next door, Sam Zien, takes to the stage at the Joan B. Kroc Theatre for one night to entertain, cook and relate his true tale of trading the bio-tech biz for culinary stardom. Partial proceeds from the event benefit the Salvation Army Kroc Center scholarship fund. 7 p.m. 6611 University Avenue, www.thecookingguy.com.

The surf’s been up for more than two decades at this shrine to the quintessential California sport of surfing. Celebrate the museum’s anniversary with food, drink, fund-raising and festivity. 5 to 8 p.m. 312 Pier View Way, Oceanside, 760-721-6876, www.surfmuseum.org.

February is American Heart Month, and to the San Diego Symphony, there’s no better way to the heart than through music. This Family Festival concert, conducted by Philip Mann, encourages attendees to experience the power that music has on the mind, body and heart. 2 p.m. 750 B Street, 619-235-0804, www.sandiegosymphony.org.

February 21: Tribute to the Reggae Legends

Savvy San Diego ladies know that Sassy City Chicks are synonymous with style, and this month’s Fashion Bash allows shoppers to score stylish finds at deep-discount prices--plus enjoy cocktails, spa treatments and a killer swag bag--in a supersized new venue: Culy Warehouse. Sassy City Chicks is offering "A" List readers the chance to win free tickets to the Fashion Bash. The first 50 shoppers to enter A LIST at checkout will receive a free Sassy Tote Ticket, a $35 value. If you don't want to risk not winning but still want to score a great deal, enter SD12 for 50 percent off the same ticket or GEN AD for free general admission, gift bag not included. 5 to 10 p.m. 338 Seventh Avenue, 310-318-1531, www.sassycitychicks.com.

It’s not quite St. Paddy’s Day, but the Museum of Man is going green a bit early with this evening event celebrating the culture of the Emerald Isle through food, drink (Guinness, anyone?), music, dance and more. 6 to 8 p.m. 1350 El Prado, Balboa Park, 619-239-2001, www.museumofman.org.

For more than eight decades, this franchise of fun-loving b-ballers has thrilled fans around their world with their on-court antics and athleticism. The team takes to the hardwood--and introduces the new 4-point shot into the game of basketball--at two family-friendly shows this month at Valley View Casino Center. 7 p.m. 3500 Sports Arena Boulevard, 619-224-4171, www.harlemglobetrotters.com.