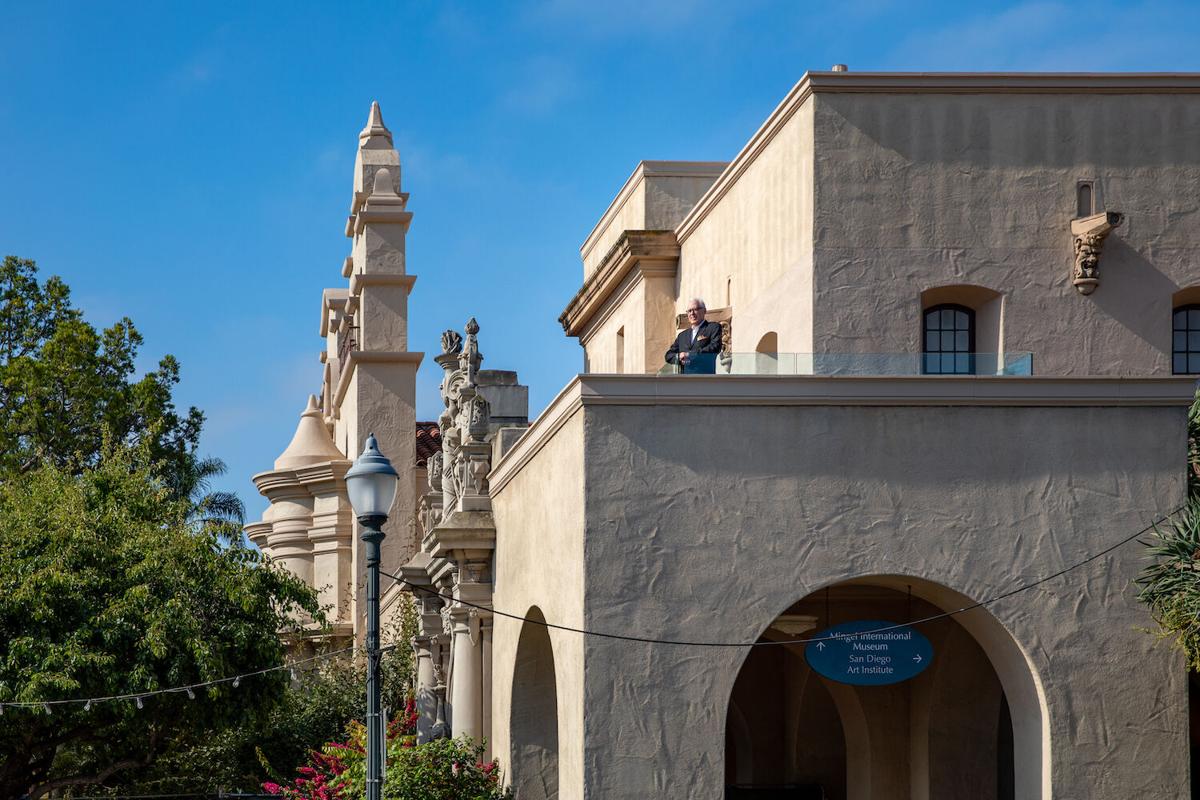 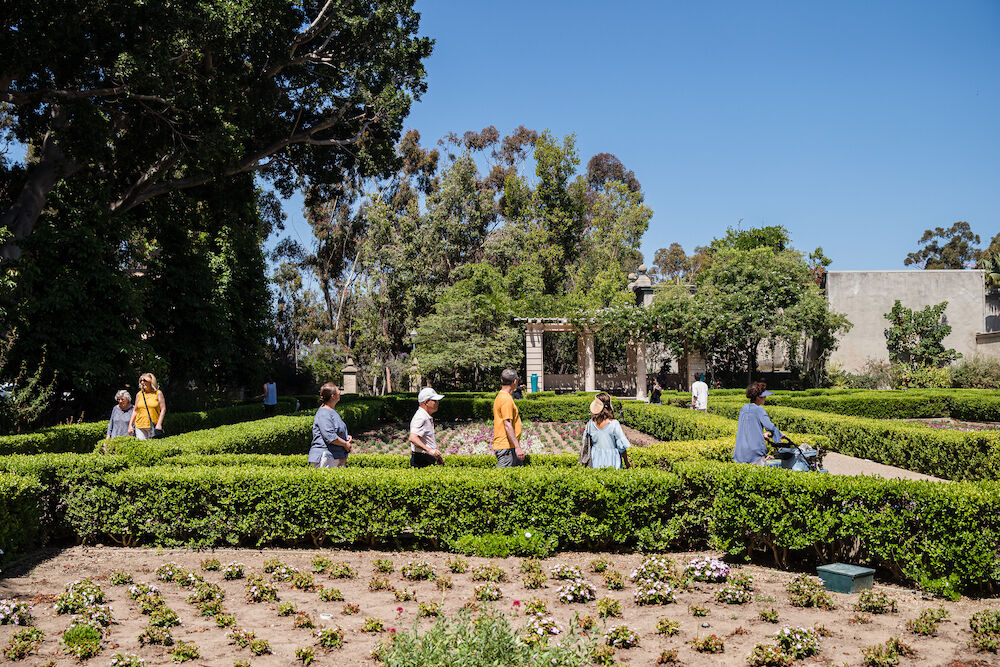 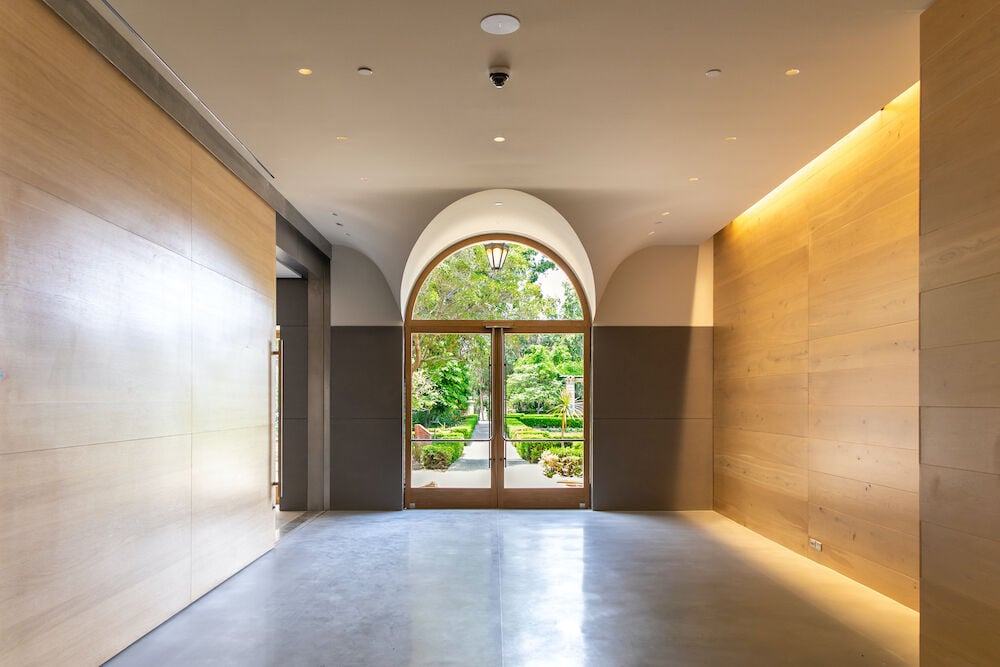 Inside the newly renovated space 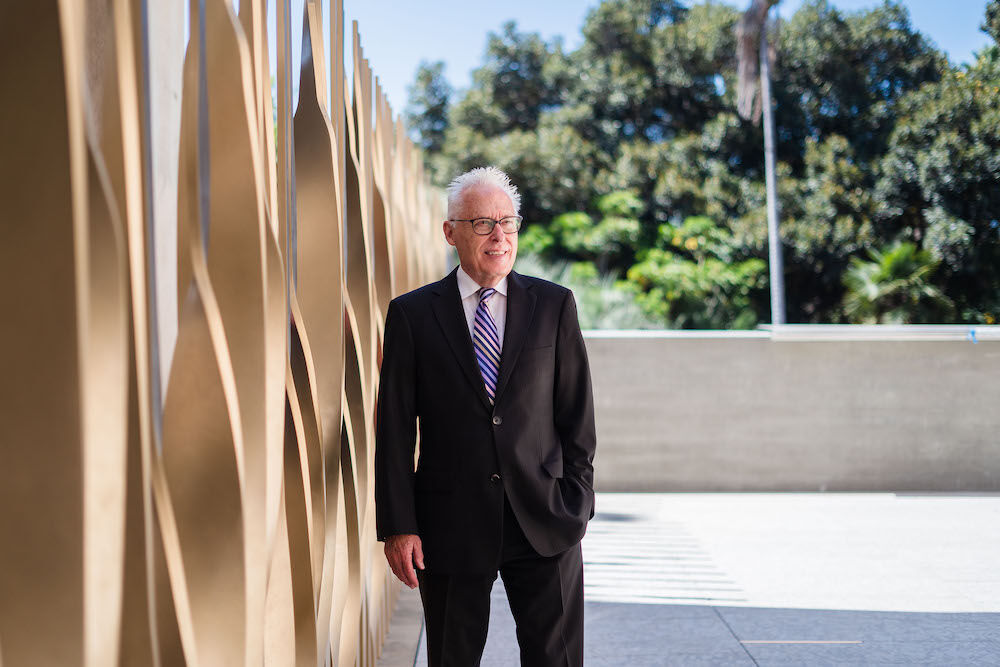 Three years to the day since it closed for renovation, the Mingei International Museum is ready to show off the results of a stunning $55 million makeover. And not only does it realize the full potential of a museum devoted to craft and design, it’s created a space that planners call “the new living room of Balboa Park.”

The project got off to a relatively modest start five years ago, as a $5 million plan to replace obsolete lighting fixtures and wood floors in constant need of repair. “We had never had a humidity control on our A/C,” explains museum director and CEO Rob Sidner, “so our floors buckled almost every summer.”

But architect Jennifer Luce of Luce et Studio saw a bigger opportunity taking shape. They were already tearing out floors and ceilings, she reasoned. “Once you imperil these two things,” she told the Mingei’s board of trustees, “you’ve got to take out the walls too.” The board agreed, and museum patrons supported the idea with private donations to the tune of nearly $50 million.

So, mindful of the building’s historic charm, Luce has entirely reshaped its  interior. She opened up existing archways to bring light into a wide public pavilion that now spans the entire ground floor, free for park visitors to meet, explore, relax, or find refreshment. The bell tower, previously empty, now connects the pavilion to the gallery above with a grand staircase showcasing one of the museum’s prize pieces: a nine-foot chandelier by renowned glass sculptor Dale Chihuly. A seldom-used loading bay on the building’s south side has been transformed into an indoor/outdoor theater, while the thicket of landscaping that used to hide it is now a dining courtyard.

In all, her design increased the museum’s footprint by 25 percent, adding 10,000 usable square feet, including 2,000 square feet of newly activated park space. The building’s last major renovation took place in the mid-1990s, just before the Mingei first moved into Balboa Park  from its original UTC location. According to the San Diego History Center, it sought a faithful reconstruction of the original plaster-and-lath structure built for the 1915 Panama–California Exposition, but reinforced by steel beams and outfitted with modern plumbing and electrical systems.

The resulting property served many of the museum’s needs while preserving its Spanish Colonial Revival aesthetic—down to the row of cedar trees obscuring the only public entrance. “We were always hidden behind the arcade and all the landscaping outside,” reflects Sidner. “People didn’t know we were here.”

That physical obscurity didn’t do any favors in attracting park visitors who mistook the museum’s mission, or the meaning behind its name. Barely a hundred years ago, the term “mingei” was created by Japanese philosopher Sōetsu Yanagi to distinguish what he considered “art of the people.” As opposed to fine art, the concept is rooted in celebrating the artistry of everyday products such as pottery, textiles, and furniture.

“What we live with, what we surround ourselves with every day,” explains Sidner, “what we hold in our hand.” Since the museum’s founding by longtime SDSU ceramics professor Martha Longenecker in 1978, its collection of folk arts and design products has grown to 25,000 objects, representing 160 countries.

As the scale of the renovation grew, Sidner and Luce’s shared enthusiasm for materials and design steered the project into perfect alignment with the museum’s celebration of form and function. So, Luce commissioned artisans and craftspeople to create functional elements that double as exhibits. For example, to dampen sound in the vast new entry pavilion, Dutch textile artist Claudy Jongstra produced a wide, hand-felted mural using wood and dyes produced by hand on her farm.

Meanwhile, several fan-favorite art pieces will reclaim positions outside the museum. Niki de Saint Phalle’s beloved Nikigator (our July Object of Interest!) has returned to its post by the front entrance, while a second Saint Phalle sculpture, The Poet and His Muse, has been moved outside a new west-facing entrance that connects the pavilion directly to the park’s Alcazar Garden.

But the museum’s greatest connection to the park is the two new rooftop gardens, which have been reinforced to allow museum guests to take in views of the Plaza de Panama that haven’t been enjoyed for decades.

The Mingei International Museum reopens September 3 with four days of free admission. It will include the exhibition Humble Spirit, Priceless Art, the last curated by Sidner, who will retire next summer after 16 years as the museum’s director. He promises “things made of the most ephemeral materials possible: paper, clay, tin, and straw. Things like that.”