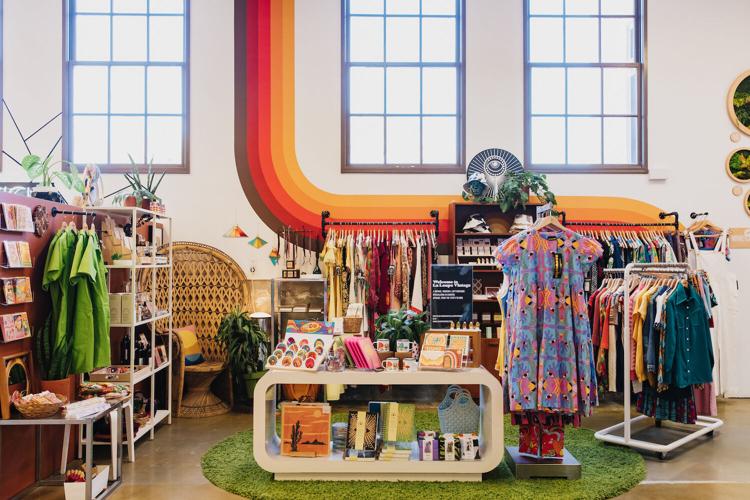 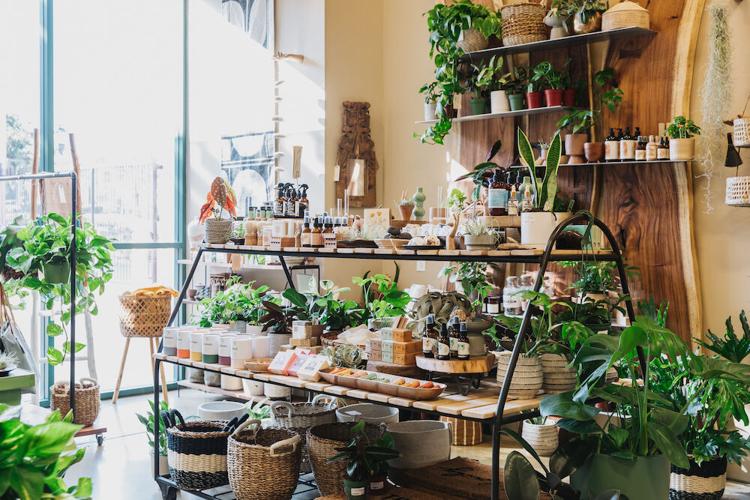 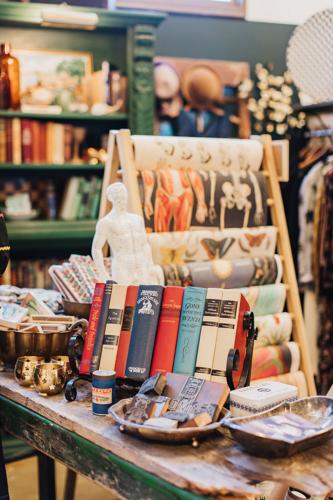 What do you put in 23,000 square feet of retail space? If you’re Brandon Vega, the owner of Sea Hive Station, the answer is: everything.

That includes a 1932 Ford Roadster right at the entrance of his newest venture. “It’s for sale and, if nothing else, there for a little nostalgia.” There’s a 1929 Harley-Davidson Model C, too.

This is the second blank slate Vega has converted into a retail emporium. Four years ago he leased an old Harley-Davidson dealership along South Coast Highway in Oceanside to open Sea Hive Marketplace, creating a space for about 150 local vendors to sell their wares in pop-up shops. If you haven’t been, he says, “consider it Etsy inside a brick-and-mortar.”

Vega expanded the concept to Liberty Station late this summer, making room for another 150 vendors—and impressively, there’s little to no overlap between the locations. (One of the few who made the cut for both: his mother.) Much like eyebrows, “they’re sisters, not twins,” he says.

Meander through Sea Hive Station and you might stumble upon restored books at Gentleman John Books and Readeasy, plus-size clothing at WAH Boutique, vintage tees at Electric West, or textiles from Petra de Luna. Even La Loupe Vintage, which had two existing storefronts already, snagged a slice of the Station.

To that point, Vega explains that Sea Hive Station’s not only filling a retail void for Liberty Station, but also for local makers, collectors, and vendors who’ve been hard hit by the pandemic—collectors like the owner of Pink Elephant (and of North Park’s late Bar Pink), who today sells her retro barware here.

And considering it’s almost double the size of the North County original, Sea Hive Station has a lot to offer, inside and out. The shop boasts an outdoor garden center and holds an outdoor flea market on the second Sunday of every month, right in Building 193’s parking lot with a growing list of 120 more vendors, live music, and food trucks to boot.

“The goal is to become the largest market in San Diego,” Vega says.

If the past is any indication, if there’s a Sea Hive name attached to it, they will come.