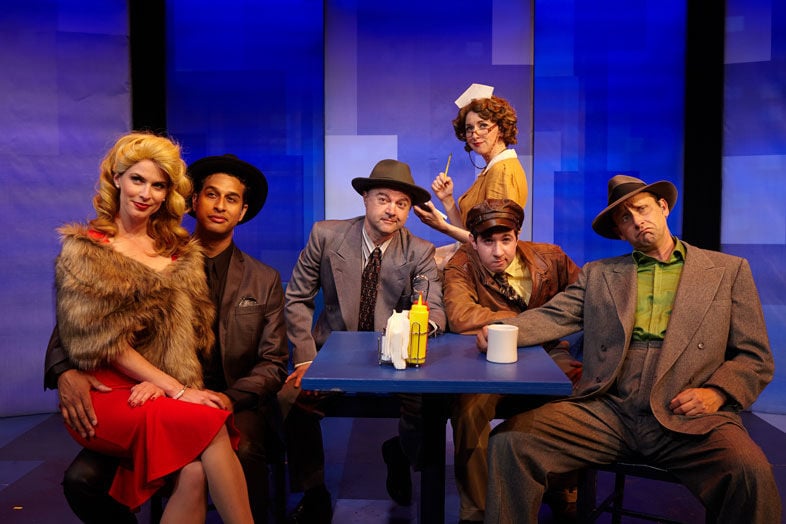 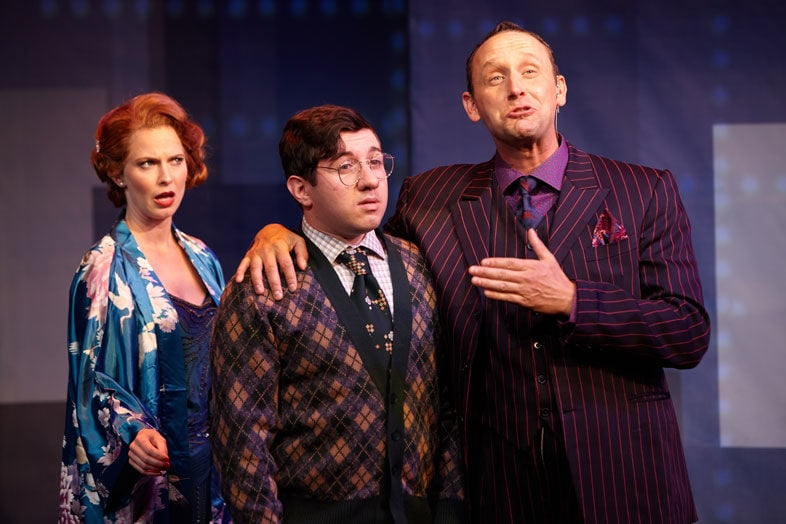 Another Roll of the Dice

Guys and Dolls is a Broadway classic. But it premiered in 1950, and its playwright, its songwriter, and the author who inspired it have long since passed away. How could a spiritual successor to it be debuting in 2019?

It’s an inventive collaboration that starts with writer Mark Saltzman, a multiple-Emmy-winner primarily known for his work on Sesame Street (characters with colorful cartoon personalities and silly names in a Brooklyn-y setting, check). Saltzman received the blessing of the Damon Runyon estate to adapt four of that author’s stories into a new musical set in the same world as Guys and Dolls (which was itself adapted from two separate stories). He then got permission from the estate of Dolls songwriter Frank Loesser to incorporate some of his other music, not originally intended for the stage, into the work.

If any part of you is tickled by the minks, fedoras, crooks, and coppers of ’20s and ’30s gangster schtick, you’ll love this.

This kind of posthumous patchwork could easily become a Frankenstein monster in the wrong hands, but Saltzman was clearly the right choice for it, because the result is a consistently fun romp that nails Runyon’s particular quirks and tone. None of the songs are as memorable as "Luck Be a Lady" or "Sit Down, You’re Rocking the Boat," but considering they weren’t written to accompany these stories, they’re still well suited to them and closely match their cleverness, sentiment, and humor. (Who knew Loesser wrote "Heart and Soul"? What’s more, who knew that the first duet anyone learns on piano could be used to such touching effect?)

How exciting that North Coast Repertory Theatre is putting on the world premiere of such an interesting project. I’m admittedly a little biased. Guys and Dolls was the first show that made me want to be involved in theater; when my high school did it I saw every single performance, it delighted me so. But if any part of you is tickled by the minks, fedoras, crooks, and coppers of Looney Tunes-esque ’20s and ’30s gangster schtick, you’ll love this.

I can’t even pick a standout performance; each of the six actors is like a different pick from a box of chocolates. They play five or six characters each in the three self-contained stories—about a shy kid from Jersey (Elliot Lazar) who dabbles in the criminal underworld to impress his girlfriend (Sarah Errington), a cad (Lance Carter) who hires a cat burglar (Darrick Penny) to retrieve old love letters from his ex (Allison Spratt Pearce), and a baseball fan who gets entangled in a game-fixing scandal—and the framing story that connects them, about a mob boss (Jason Maddy) planning a heist from an all-night diner.

The whole ensemble has really captured the super-enunciated, mixed high-and-low-class vocal style that’s unmistakably Runyon. They’ve also got great comic timing together—and so does the band (Jodie Hill, Jeff Dalrymple, Gerard Nolan, and Cris O’Bryon, also the musical director), since no small portion of the jokes depend on a musical cue. Kudos to director Larry Sousa for pulling this all together.

Dice is most enjoyable if you’re already a fan of Dolls, but it’s also strong enough to stand on its own. My overall impression coming away from the theater was of discovering a new short story collection from a one-time novelist that, while smaller in scope, lives up to and reprises the best qualities from their more well-known hit.

Another Roll of the Dice