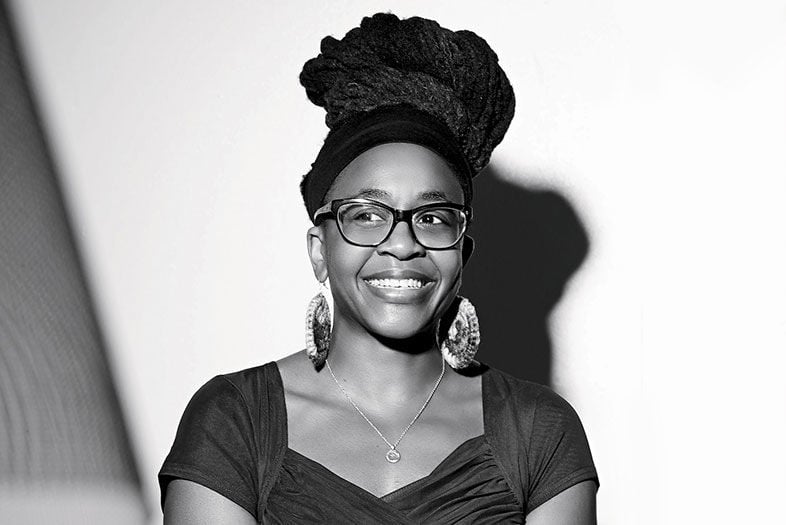 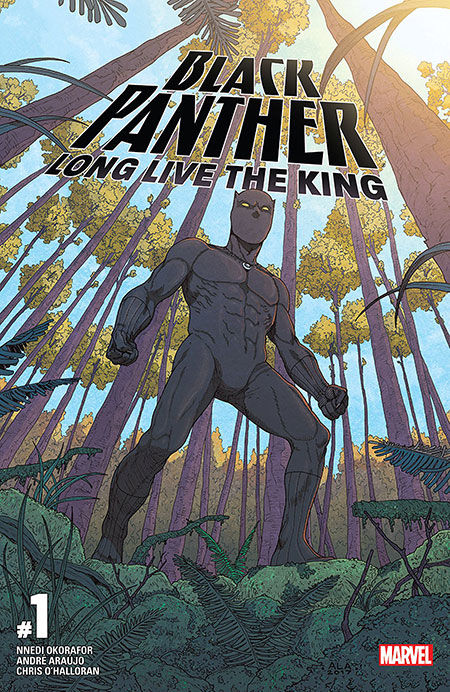 Nnedi Okorafor became a household name almost simultaneously with the cinematic release of Black Panther last year, landing a deal with Marvel Comics to drum up excitement for the blockbuster with the comic book series Black Panther: Long Live the King. Add to that two subsequent spin-off series—Wakanda Forever and Shuri—and selling the rights to her book Who Fears Death to HBO for a series to be helmed by George R. R. Martin (yes, that George R. R. Martin), and she’ll have plenty to discuss at Point Loma Nazarene University’s 24th annual Writer’s Symposium by the Sea on February 19. Ahead of their onstage chat, symposium founder and PLNU’s journalism program director Dean Nelson connects with the novelist about building her portfolio of Nigerian-influenced science fantasy titles and the confluence of comics, race, and representation.

What were your early experiences with comics?

I never felt welcome in comic book shops when I was little. Frankly, walking into my local shop in the ’80s felt like walking into a white boys’ club that did not want me there. There was always a lot of stopping and staring, reminiscent of when a stranger walks into a bar in Westerns. I didn’t stay long enough to peruse. Plus, I’d glance at the covers of the comics and see not one person who looked like me. It took the Saturday morning cartoons to introduce me to superheroes. My favorites were Spider-Woman, who for some reason, I saw as black; Spider-Man; and Wolverine. The discovery of compilations in the library got me picking up actual comic books. Later, I got deep into graphic novels: A Contract with God (still my favorite), Persepolis, The Rabbi’s Cat, Barefoot Gen, Maus, Castle Waiting, Blankets, Bone, Elfquest, etc.

And now, George R. R. Martin is developing Who Fears Death into an HBO series. How big of a kick is that?

It’s a wonderful thing, and equally wonderful to work with George on the project. George is a veteran in so many ways and HBO is the GOAT* when it comes to pushing the envelope of powerful, edgy TV.

You also went with him to the Emmy Awards. What was that like?

I’m somewhat of an introvert, so crowds and cameras aren’t my favorite thing. But this was so much more than all that hype. It was a glimpse into a world that I know I’ll be entering more and more often, and I got to experience it for the first time with someone who was happy to explain every detail as it happened. He was up for [and won] the biggest award of the night in the meantime [Outstanding Drama Series, for Game of Thrones].

These are racially charged times. Does social commentary play an active role in your creative process?

This isn’t something I think about when I’m writing. I just write. I don’t think it needs to be my concern just because I am a black woman, even if what I write does inadvertently address issues. My stories are not didactic diatribes in disguise. That would be boring. Nevertheless, my stories do present the points of view and struggles of underrepresented characters from up close and personal, especially African women and girls on the continent, in the black diaspora, and on other worlds. Also, for me, I’ve lived in racially charged times all my life. None of what is happening today is new or surprising to me in the least.

Even though you were born in the US, a lot of your stories are based in Nigeria. How does your background inspire your work?

I’m Nigerian and most of my family lives there. I’ve been visiting since I was little. Those visits were, and are, epic—in positive, negative, and neutral ways. It’s no surprise that it shows up strongly in my stories. So much of who I am developed there, especially my creative energy. What do I experience there? The past, the present, and the future.

*"greatest of all time"

Writer’s Symposium by the Sea