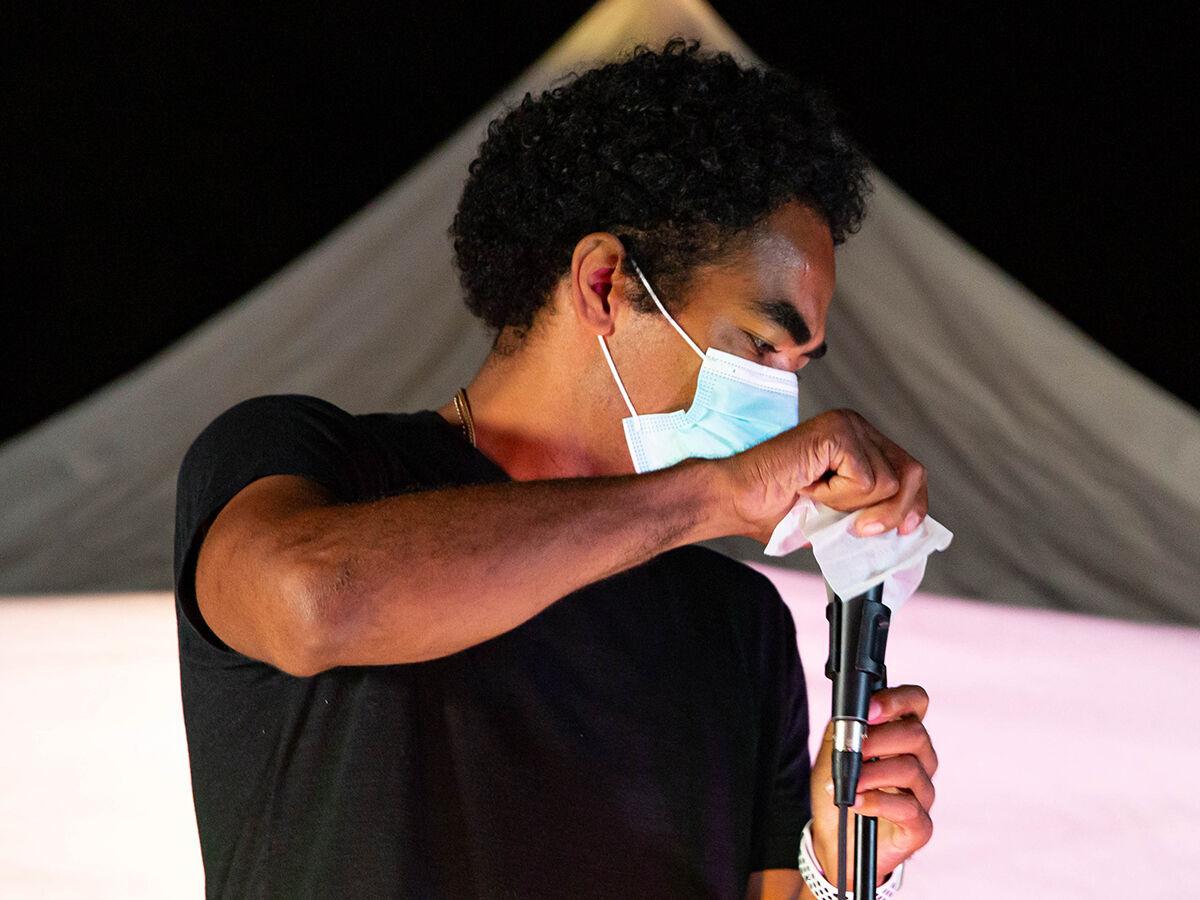 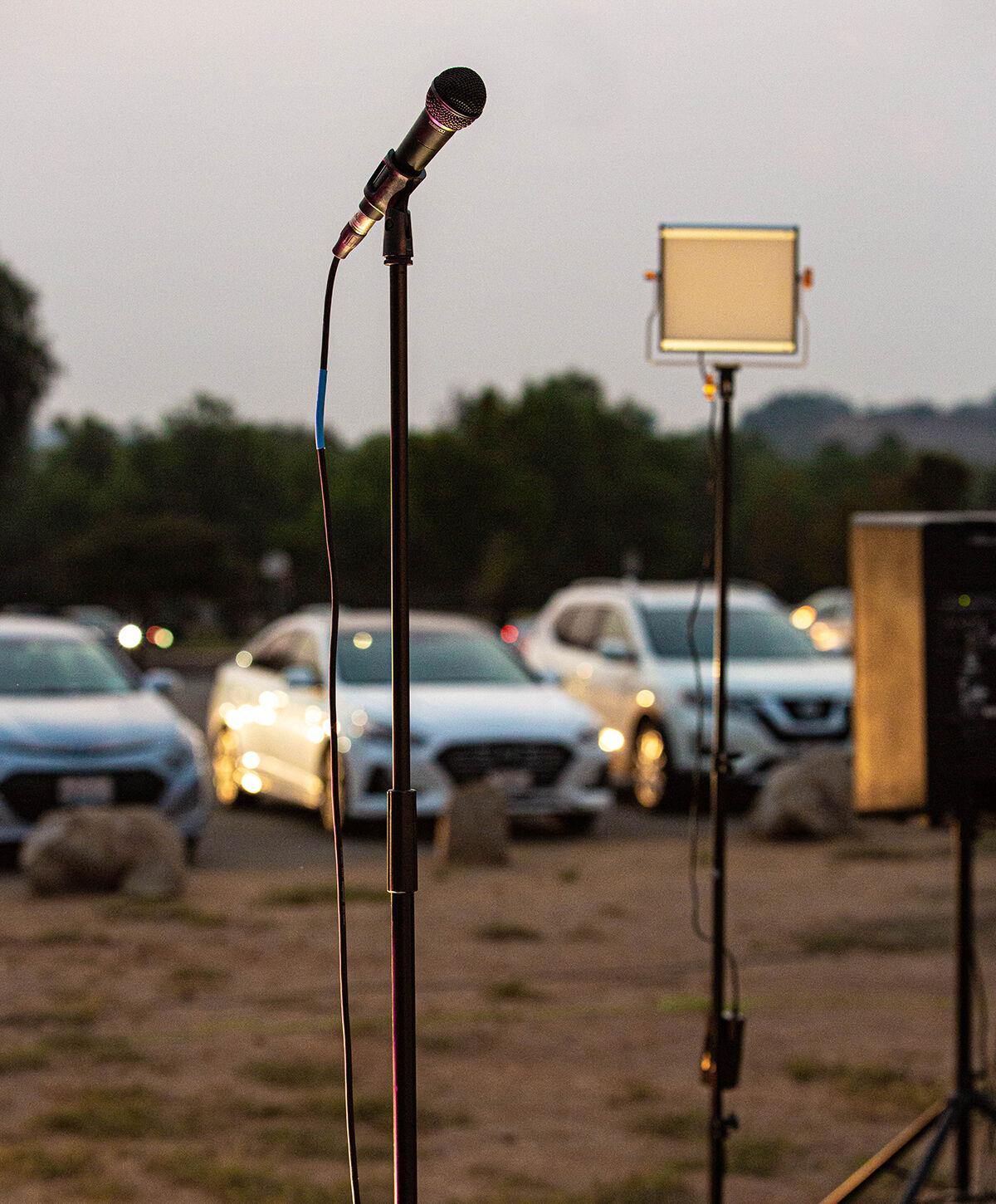 Laughter may not heal everything, but it sure helps. That’s the takeaway from Alexander James, a local comedian who co-runs Drive-Up Comedy with Chris Espinoza and Jim Pine. Each month, the trio hosts a drive-in show featuring a lineup of comics from Southern California. Viewers park in front of the stage and tune in to the comedy show through their car’s FM radio. It’s a much needed outlet that James says is as much for the comics as it is the audience.

“It’s a common thing for comics to struggle with their mental health, you know, there’s that idea of the sad clown,” he says. “Art is how we express ourselves, and how we process what’s happening to and around us.”

The project came to fruition last spring, when the first shutdown was in full force. With all comedy clubs closed, the idea sprouted as a way for comics to connect. Weekly, a small group would meet to take the stage and work on their craft in a safe and distanced format. But it wasn’t long before James had the idea to take it further.

“We wanted to show the city that we could do this for the public in a way that adhered to the social distancing guidelines in place,” he says. In collaboration with the city of Escondido, they coordinated their first ticketed show for the public in June.

And the response? “Completely overwhelming,” James says. “Seeing how happy people were to just have an outlet to laugh was really memorable. I’ll never forget the energy of that first show.”

Money was never the motivating factor for them. Instead, James, Espinoza, and Pine focused their efforts on getting other comedians back to work and on getting the community out in a way that was safe and beneficial to their mental health. They even let other comics have the first round of performances to ensure that they could focus their own energy on conducting a smooth and professional show.

That mindset has propelled them to selling packed shows (in cars) ever since. On a larger scale, the project has reminded James of the power of the people and what happens when one pursues what they want, no matter the obstacle.

“I’ve never seen so many people tapping into their entrepreneurial spirit,” he says. “Regardless of the challenges that have been thrown at us during the past year, we all seem to be making our way through. It’s been pretty amazing to witness.”

Drive-Up Comedy hosts shows each month at Kit Carson Park in Escondido. Audience members are asked to remain in their cars and listen to the show through their radio, and masks are required any time they leave their vehicle. Check driveupcomedy.com for details on the next performance.