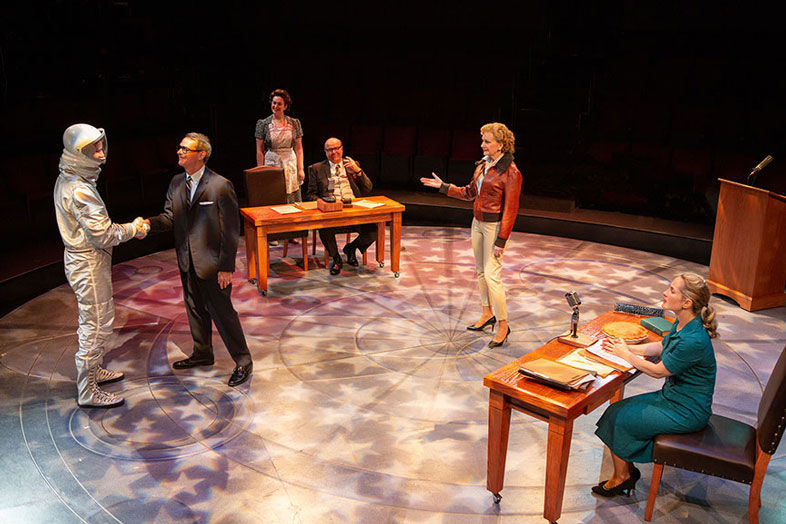 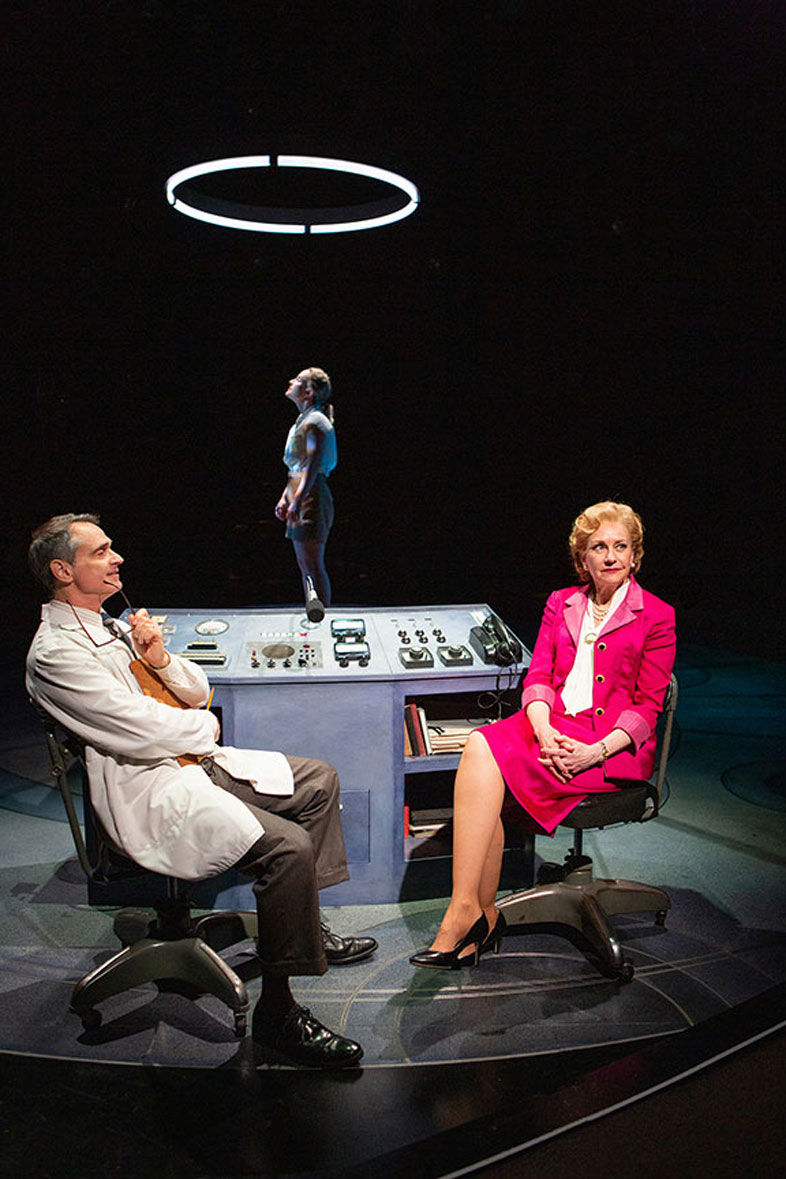 The runup to July’s 50th anniversary of the first moon landing has seen renewed media interest in the 1960s Space Race, in the form of fresh perspectives on the people we know—like 2018’s First Man and the upcoming Apollo 11—and untold stories of the people we don’t, like 2016’s Hidden Figures and the recent Netflix documentary Mercury 13. The latter concerns a group of female pilots who, in 1960, underwent all the same training and met or exceeded NASA’s standards for male astronauts, yet were denied the chance to join them. The first and most prolific of them, Jerrie Cobb, is the subject of The Old Globe’s new West Coast premiere, They Promised Her the Moon.

I had the opportunity to talk about the play’s development and historical context with its writer, Laurel Ollstein, and director, Giovanna Sardelli, for our April issue, and I’m glad to report that Moon sticks the landing. (Sorry—couldn’t resist.) Ollstein found a brilliant framing device: We open on Cobb (Morgan Hallett) about to begin her test in the sensory deprivation tank, where the program director, Dr. Randy Lovelace (Matthew Boston) warns that she may experience hallucinations. Turns out those hallucinations are visions from her past, so the first act alternates between conventional biographic snippets and "present day" exposition in the lab.

What I most enjoyed about this telling was how much time it spent in Cobb’s upbringing, painting flight as not just her vocation, but the singular joy and freedom of her life—she felt more at home in the air than on the ground. It bears emphasizing what an unbelievably short timespan separated the Wright Brothers from Neil Armstrong: just 66 years. The first people to set foot on another world were born before Lindbergh crossed the Atlantic, and they were flying single-engine crop dusters in the Midwest before most Americans their age could legally drive a car.

Mary Beth Fisher wields the exact alchemy of Southern grace, biting wit, and iron will one imagines would be essential for breaking into the boys’ club in the 1930s and ’40s.

Hallett captures that awe and exhilaration well, and is adept at embodying Cobb at different ages—a schoolgirl terrified to talk in class because of a speech impediment, a teen rebelliously switching the radio back on to listen to tales of World War II’s Women Airforce Service Pilots (WASPs) when she’s supposed to be baking a pie, and a young aviator unafraid to stand up for herself when her very presence on the tarmac is met with hostility.

Young Cobb’s hero is the play’s other main character, whom I ran out of space to talk about in that preview article: Jackie Cochran (Mary Beth Fisher), world record holder, head of the WASPs, and most famous aviatrix since Amelia Earhart. Cochran is funding Dr. Lovelace’s training program, hoping to once again take the spotlight by furthering women in her field. Fisher has the role locked down, wielding the exact alchemy of Southern grace, biting wit, and iron will that one imagines would be essential for breaking into the boys’ club in the 1930s and ’40s. My usual caution around expository dialogue quickly evaporated: Of course, a certain amount of it is unavoidable in historical biographies, but here, it’s incorporated well into playful banter between Cochran and Lovelace in the lab.

It’s not a spoiler to say that the play’s second half deals with the program’s abrupt cancellation and the ensuing fallout as Cobb took the issue to Congress for antidiscrimination hearings—though those hearings hold a few turns that are shocking to watch even if you know how the history went. John Glenn (Peter Rini) doesn’t come out of it looking too good. Rini gets to put some swagger and a calm-down-sweetheart grin into several minor roles, each to properly infuriating effect. In that same vein I have to applaud a small but fantastic choice Matthew Boston makes as a skeptical congressman—every time he doubts or demeans the potential of women astronauts, he does a Jim Halpert glance over his shoulder at the audience, silently assuming You’ve all got my back, of course. Can you believe this broad?

Lanna Joffrey and Michael Pemberton both juggle multiple characters well, too, though they spend most of their time as Cobb’s parents. The internalized misogyny, simmering desperation, and smug I-told-you-this-would-happen attitude Joffrey uses as Cobb’s mother is tragic and more than a little haunting; same goes for the unconditional Dad-support from Pemberton that, late in life, wilts into resentment over the way his daughter was wronged. Though Cobb lost that battle, the play finds an uplifting ending by taking a longer historical view and closing on a stranger-than-fiction moment of final connection between her and Cochran.

They Promised Her the Moon would already be a fine story for its broader resonance, but it’s also an interesting look at two specific women from different generations, their lives and careers, and how their approaches to the fight for equality met and where they diverged. I hope a lot of people see it.

at The Old Globe, now extended through May 12