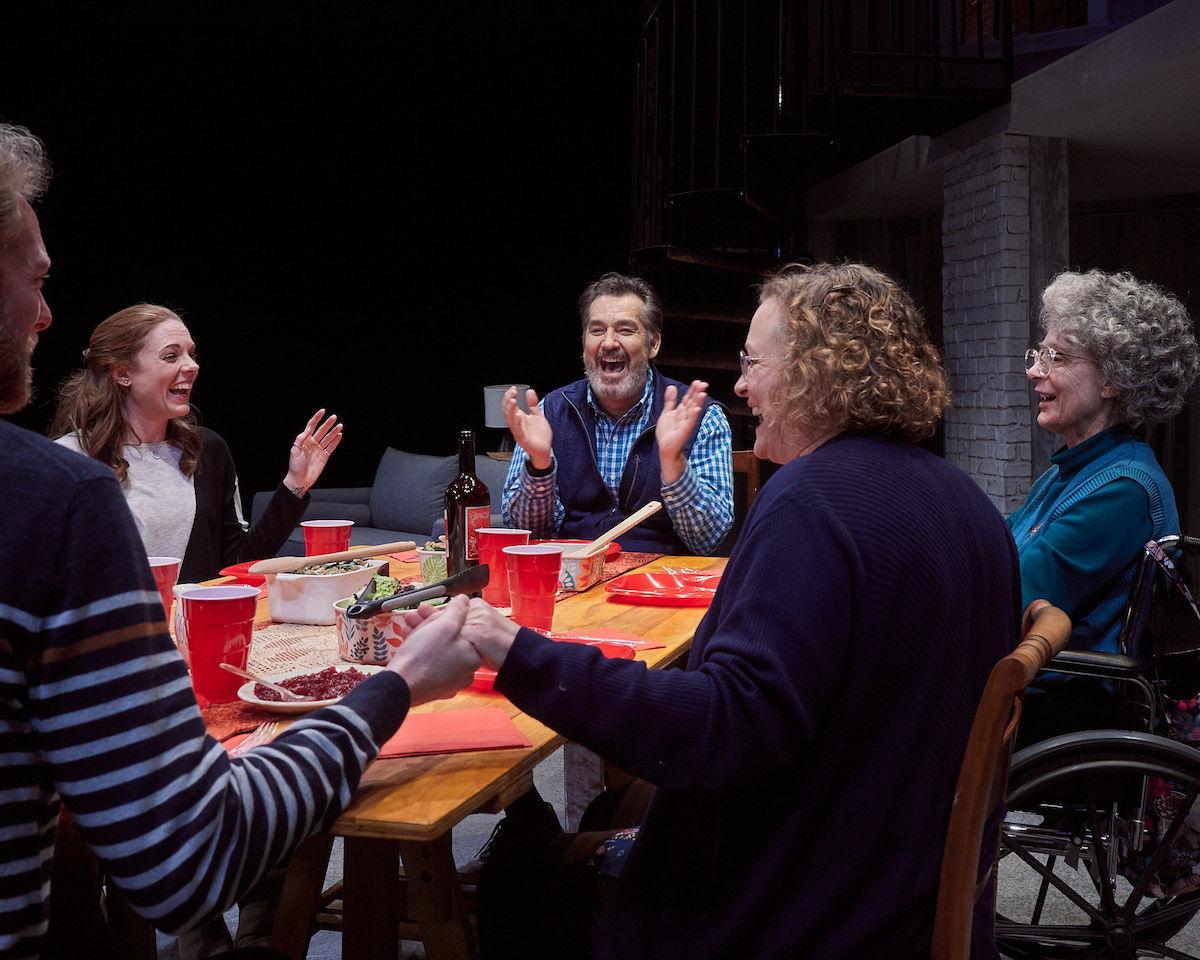 The cast of The Humans by the San Diego Rep 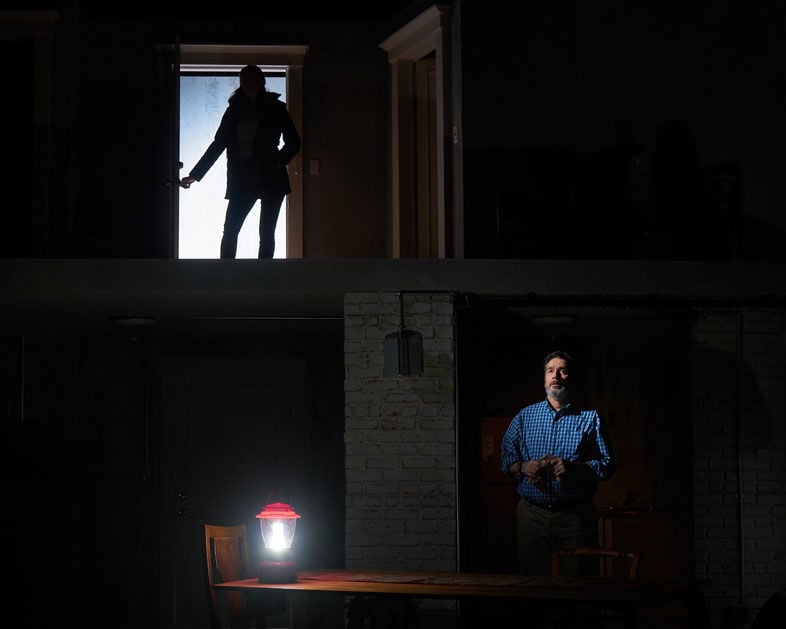 Plays that set out to make a big, bold statement—to be "about" something—are risky. They risk reducing their characters to tools to serve a point. The Humans, which won the 2016 Tony for Best Play and was nominated for the Pulitzer the same year, does a better job than anything I’ve seen in recent memory at integrating what it’s "about" into its character interactions, so those themes emerge naturally instead of announcing themselves. It sands down those sharper edges—almost to a fault.

On the surface, it’s just about a family Thanksgiving dinner, unfolding in near real-time with no scene breaks. Erik and Deirdre Blake (Jeffrey Meek and Elizabeth Dennehy) have driven in from Scranton, Pennsylvania to visit their daughter Brigid (Kate Rose Reynolds) and her boyfriend, Richard (Brian Mackey), in their new Lower Manhattan duplex. With them are their other daughter, Aimee (Amanda Sitton) and Erik’s mother, "Momo" (Rosina Reynolds).

Everyone is dealing with an anxiety of some kind or another: Brigid is struggling to find work in her field and bartending to make ends meet, Aimee’s just gone through a bad breakup and has newly diagnosed ulcerative colitis, Momo is practically uncommunicative from Alzheimer’s and requires daily nursing care from her family, and Erik, troubled by nightmares, has some awful news that Deirdre is in on, and he’s struggling to find a good time to break it to his daughters.

Given all this baggage, it’s a testament to playwright Stephen Karam and director Todd Salovey how brisk and funny the play is. The dialogue here is the kind that writers of realism dream of perfecting: A natural chatter, overlapping and interrupting and peppered with misunderstandings and repetitions, in which everyone has their own consistent voice, stemming from the majority of their iceberg that’s lived outside these 90 minutes.

Everyone wants Thanksgiving to go well, of course, and so despite how frequently their various conflicts come to light—Erik and Deirdre are disappointed their daughters have abandoned religion, Brigid resents receiving no financial help from them, and so on—they bounce back, course correct, or sweep under the rug in the interest of keeping the peace for this one night. It’s a rich family dynamic that I’m sure most of the audience will recognize.

In fact, these conflicts shift in and out of focus so smoothly that, if you didn’t bother to ponder the themes further—fear of facing illness alone, fear of poverty, of estrangement—you might come away with the impression of having spent a mostly pleasant evening with a typical, relatable American family...and not much else.

It’s consistently enjoyable, often touching, and even frightening—the final cast member is the duplex itself, which is so beset by city-living quirks that they accumulate into a nearly haunted atmosphere. Loud thumps from upstairs. Underground mechanical grumblings. A cigarette-ash-filled "interior courtyard." Unreliable electrical wiring. Even the mere presence of visible, wicked-looking tree roots flanking the basement portion of the stage gives me the willies. Scenic designer Giulio Perrone has made a great claustrophobic space that always seems to be teetering just this side of Poltergeist.

The play even manages to invoke September 11 in a meaningful way that doesn’t drown out the quieter themes surrounding it—which a similar work, The Year to Come, botches to the detriment of the whole experience. So it feels unfair to say that despite all the design, writing, and acting marks in its favor, The Humans still doesn’t leave much of a lasting impression on me. Maybe it could have afforded to retain some of its sharper edges after all.

On the Lyceum Stage until February 2