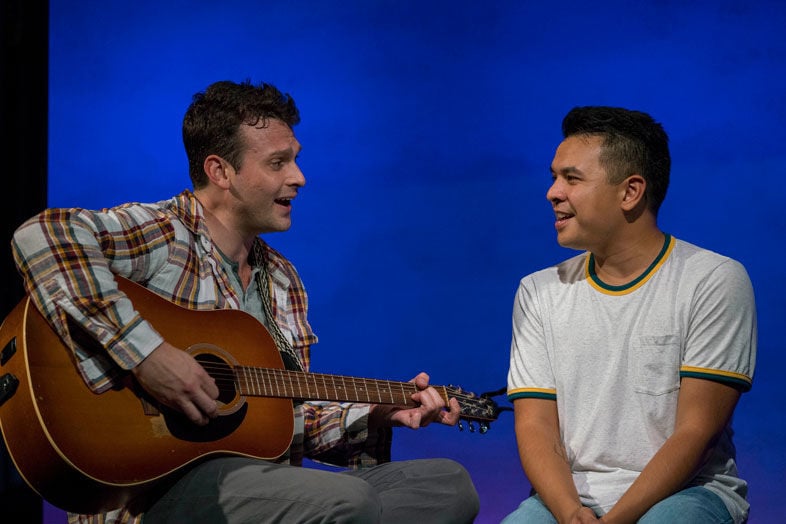 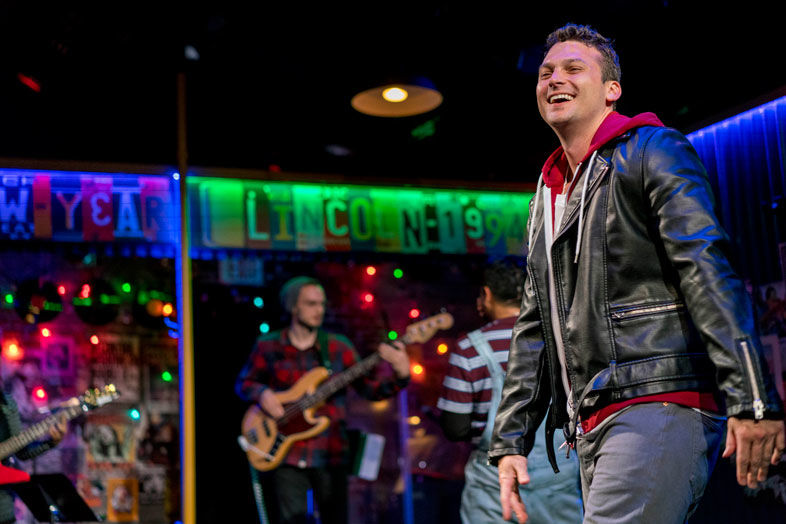 Adults often fail at having empathy for high school kids. Why would a bright-eyed youth with no responsibilities or mortgage be so melodramatic about their problems? We project our nostalgia on them: "This is the best time of your life! You should be enjoying it!" When a 17-year-old acts like their first breakup is the end of the world, we think we’re reassuring them by saying NBD, there’s more and worse heartbreak to come.

It takes real honesty to sit in one’s own past and remember what half-formed proto-people we used to be, managing every brand-new experience with an incomplete emotional toolbox. How many high school narratives have you sat through starring the same recycled punch-out characters, all miniature adults with perfect wit?

Girlfriend, written by Todd Almond with music and lyrics by Matthew Sweet, strips away the clichés. It remembers how paralyzing it is to express your feelings for someone when you never have before—difficult enough for the floor-model heteros, but exponentially more so when you’re a closeted gay kid in rural Nebraska in the early 1990s, deathly afraid of the wrong people finding out.

Shaun Tuazon has the rare skill, appropriate to his character’s social awkwardness, of getting laughs by reacting to his own lines.

Despite centering gay characters in a way that’s particular to their identity at that historical moment, the play is not About the Gay Experience. Which is a relief. We need the hugely consequential, gut-punching stories, too, but there’s room enough these days for a traditional romance that develops its queer leads as three-dimensional people who aren’t being asked to represent an entire marginalized group. It aims simply to touch your heart, not rip it out.

Gone is the meet-cute: We open just after the first brief spark between popular athlete Mike (Michael Louis Cusimano) and shy Will (Shaun Tuazon), so instead, the first scene is Will’s giddy nervousness about making that first phone call. Gone, mostly, are the cliché secondary characters: This two-man show clears everyone else out, giving the budding relationship as much space to develop as possible. And gone, thank god, is the urge to be clever or to coddle short attention spans. The dialogue is starkly natural, even its hesitations and seemingly random thoughts the ice caps over unspoken depths of character work.

A production this intimate and reliant on subtle expression leaves no room for phoning it in. Cusimano and Tuazon put an amazing amount of work into inhabiting their characters at every moment. More happens in between the spoken lines than during them: You can watch them processing what they hear, rather than simply waiting for their cue. Tuazon especially has the rare skill, appropriate to his character’s social awkwardness, of getting laughs by reacting to his own lines. It’s the only way to tell this story, since so much of it relies on what’s unsaid. No matter how sure both boys are about the other’s feelings, expressing them means plunging into a wild, dangerous new world. Their courage grows just incrementally enough to maintain a rich tension without becoming excruciating.

This is a musical—strictly speaking. Mike opens the story by giving Will a mixtape he made, and instead of spontaneously breaking into song about themselves, most of the play’s ten tracks are relatively generic pop from that tape that are perfectly appropriate for the moment. The songs may not be essential to the storytelling, but they’re never unwelcome; much like he was in last November’s This Beautiful City, Cusimano is joyful and charismatic on lead vocals and guitar. The band is right there on stage the whole time, too, which is is always preferable to the orchestra pit: Music director Kyrsten Hafso-Koppman is on keys and provides backing vocals; so does Melanie Medina on guitar, with some very cool solos. Nobuko Kemmotsu and Christian Reeves are steady on the drums and bass, respectively.

Diversionary Theatre chose their season opener well, bidding goodbye to summer with a sweet story about the sublime thrill and exquisite heartbreak of first love. Bring a date, take a stroll down to Stella Jean afterward for some ice cream, and be thankful that you're not in high school anymore.

At Diversionary Theatre through October 13