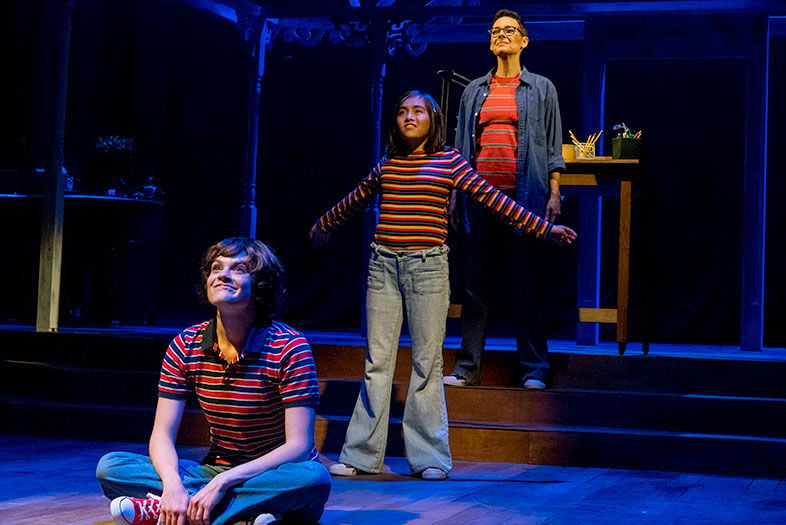 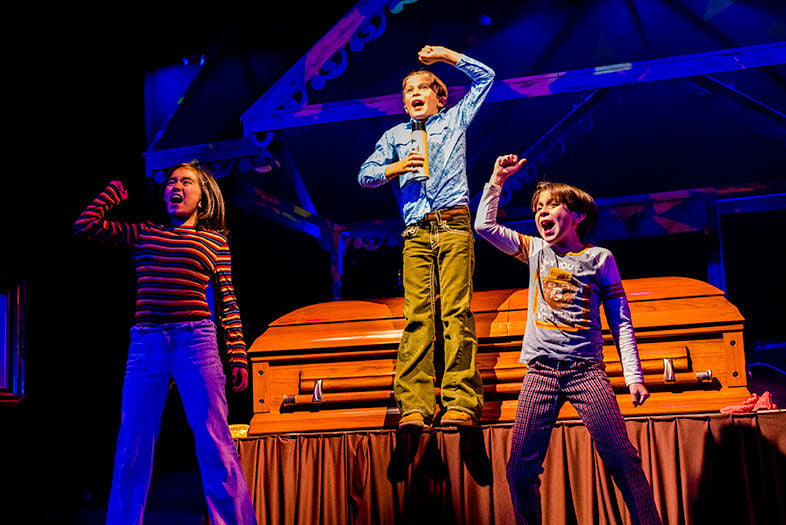 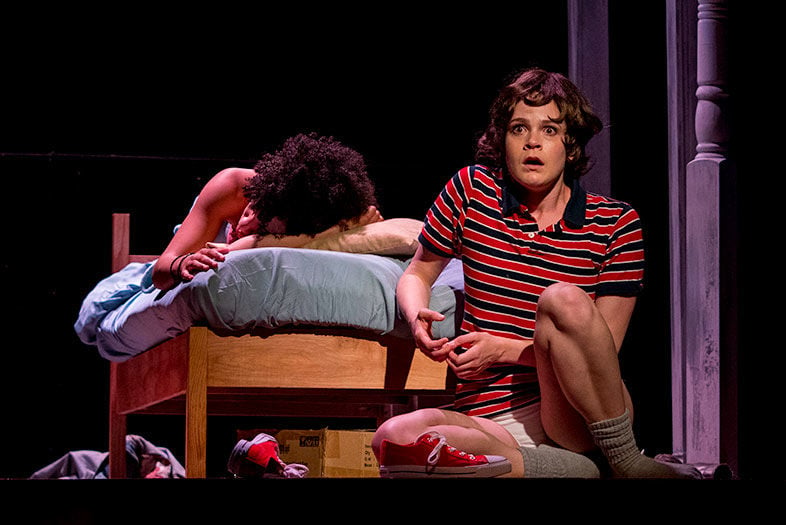 Alison Bechdel had already been an acclaimed cartoonist in the gay and lesbian world for two decades when she released her first graphic memoir, Fun Home: A Family Tragicomic, in 2006. Her long-running comic strip, Dykes to Watch Out For, had, among other achievements, introduced the now-well-known "Bechdel-Wallace Test," a simple metric for evaluating the representation of women in media. A graphic novel may have seemed like an unusual choice for a stage adaptation, but when the musical Fun Home landed in 2015, its 12 Tony Award nominations and four wins safely laid those doubts to rest and brought Bechdel’s storytelling to a wider audience.

The show’s framing device has present-day Alison exploring her memories of childhood and early college ("Small Alison" and "Medium Alison") as she tries to sketch out a coherent story from them. The chief throughline is her relationship with her father, who for most of her life was closeted and having illicit affairs with teenage boys. Alison tells us this—and that he committed suicide shortly after she herself came out—just a few minutes in, a smart choice that allows us time to sit with these traumas as context for what follows, rather than experiencing them as distracting shocks.

Bracing us for the most difficult parts right away also lets the comedy shine that much brighter. Oddly enough, Fun Home may be the most enjoyable, life-affirming play about a troubled father running a family funeral home you’ll ever see, and I think the key to that is its sharp, honest memoirist’s eye, exemplified most clearly in its depiction of children. Writers too often treat child characters as cute props whose only agency is to say precious things for adults to react to. But children are, of course, just slightly smaller people, with boundless inner lives, and they’re more acutely observant of adult relationships and behavior than we usually give them credit for.

The San Diego Rep has cast two actors in each child role for alternate nights: Small Alison and her brothers, John and Christian (Respectively: Taylor Coleman and Isabella Pruter, Bobby Chiu and Jacob Farry, and Luke Renner and Hayden Crocker. I saw the former in each pair.) And the kids steal the show in every scene they’re in. The first song they sing as a trio, the pretend TV commercial "Come to the Fun Home," is an absolute joy, beaming mischievous smiles, unselfconsciously shaking booties, and cracking authentically corny ’60s catch phrases.

I already admit to crying slightly more often in the theater than the average person, but even then I was not prepared for the emotional zenith of the evening, Small Alison’s "Ring of Keys." She’s just seen a butch lesbian for the first time, and though she’s still too young to know exactly what that person’s style and composure mean, or what to make of the feelings they elicit, her heart leaps at recognizing a kindred spirit. She sees a glimpse of who she wants to be, of how she feels inside, validated for the first time. It’s a moment that’s universally familiar, regardless of one’s sexual preferences: the aching thrill of dawning identity. I actually got shivers.

An almost equally powerful companion moment comes courtesy of Claire Adams, as Medium Alison. It took a scene or two for me to buy into her performance—her expressions and body language seemed a little too broad (although this may just be me refusing to admit how dopey most of us were that first year of college). But as soon as she can admit aloud that she’s a lesbian, and spends her first night with her first girlfriend, Joan (Alexis Young), all the creative energies at work tune in together: The writing, the acting, Sam Woodhouse’s direction, and Robert Mefee’s musical direction all remember exactly what the experience of first love is really like—awkward, fumbling, a little hilarious and embarrassing to recognize in retrospect, but above all else ecstatic and transformative. In her song "Changing My Major," Adams obliterates every tired cliché that lazy writing is content to feed you about first love and reveals it to you anew as a vast, undiscovered country. Shivers, again.

So great were Small and Medium Alison’s performances that I feared present-day Alison (Amanda Naughton, spitting image of the real-life Bechdel) would never get to escape the periphery of each scene, where she’s almost a fellow audience member, impassively taking notes, with little in the way of present action. That changes in the play’s one real surprise, an ingenious temporal breach that beckons her to reenact a pivotal memory firsthand. She can no longer pretend to be a distant observer, and the fear, vulnerability, and plaintive anger she shows will also be familiar to anyone who’s felt like a perfectly capable adult right up until the moment they’re back in the presence of their parents.

It’s a little tough for me to evaluate the effectiveness of Alison’s parents, Helen (Bets Malone) and Bruce (Jim Stanek), because their dynamic—the Greatest Generation couple barely holding together the appearance of suburban tranquility despite being dead inside or at constant war with themselves—has already been done so many times. That said, seeing the energy drain from Helen as she wrestles with her husband’s dirty secrets is still crushing, and Stanek—who was the original Broadway standby for this role—has mastered the eerie trick of pairing a put-on TV Dad smile with the volatile tremor of a pot about to boil over. His final number, in which he sees for a brilliant moment both the wild promise of a new life and identity as well as the unbearable amount of work that stands in the way of it, is deeply affecting.

At a brisk, intermissionless 90 minutes, Fun Home has no time to dawdle or indulge in side plots. Every line directly contributes to a beautifully honest, excellently observed story about the joy of discovering who you are, the excitement of connecting that self with the broader world, and the pain of being unable to share that connection with those closest to you. Be ready, because this play will leave a mark on you.

At the Lyceum Theatre, Horton Plaza