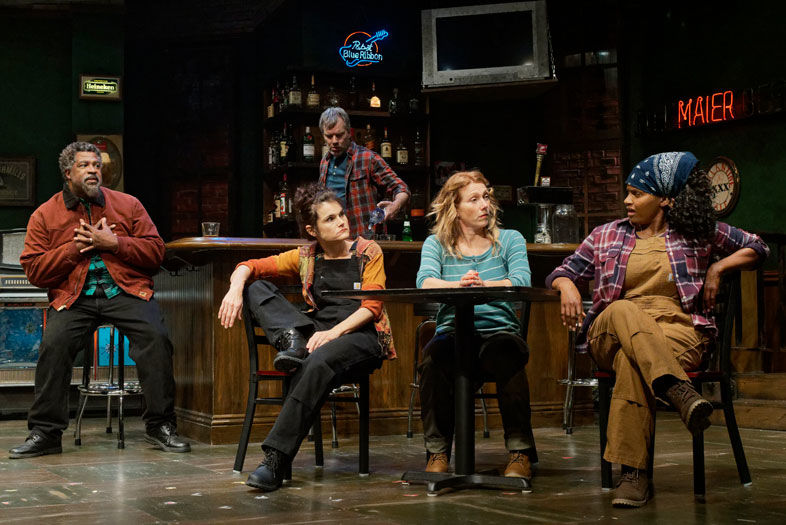 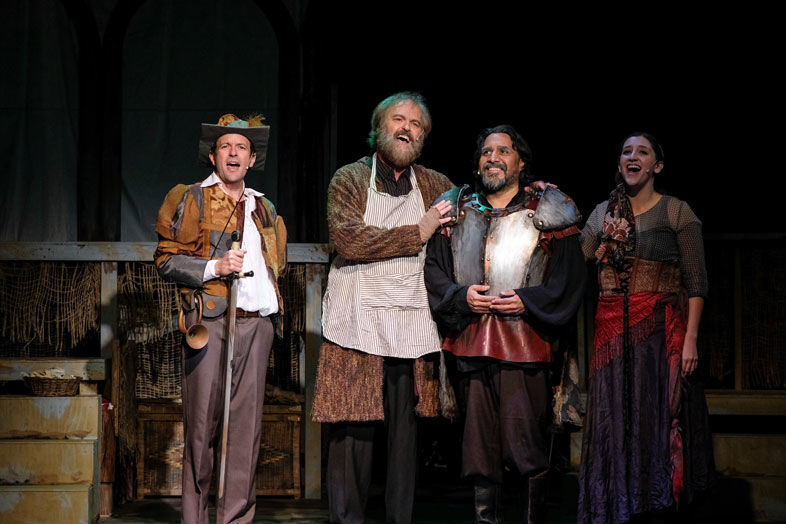 This 2017 Pulitzer Prize winner for Drama by Lynn Nottage is a ground-level look at a group of steel plant workers in Reading, Pennsylvania in the months before the 2000 presidential election, told mostly through their interactions at a beloved neighborhood bar. Like Dominique Morisseau’s Skeleton Crew, it charts the slow grind of a labor union and its leadership beneath the cold reality of the business being done at the top. It’s heartbreaking in its verisimilitude—playwright Lynn Nottage spent years going to Reading and listening to people to tell this story—and it generates great empathy (if not sympathy) for the much-speculated-over "forgotten Americans" who, having exhausted all other solutions seemingly available to them, began turning against one another and punching down.

Sam Woodhouse directs a fine cast, including Monique Gaffney, who wins the Pyrrhic victory of being promoted into middle management only to get the worst pressure from both above and below; Craig Noel Award winner for 2017 Actor of the Year Cortez Johnson; Steve Froehlich, who played a haunting android in 2017’s Marjorie Prime at North Coast Rep and plays a bristling disaffected youth here; and Jason Heil as an affable, peacemaking bartender; to name just a few.

As a kid, I was pretty proud of myself to tell people I’d read Don Quixote—only to later discover what I read was a middle-grade abridgement of the 268,000-word masterpiece of Spanish literature and claimant to title of "world’s first novel." Don’t make the same mistake of assuming that the 1965 musical Man of La Mancha is a faithful adaptation (an assumption which playwright Dale Wasserman supposedly took umbrage at, too). This story has the iconic tilting at windmills, of course, and various other funny anachronistic misinterpretations, but it’s set within a (fictional) framing story of author Cervantes awaiting trial in the Inquisition, telling the tale to his fellow prisoners.

This is Oceanside Theatre Company’s biggest and most lavish production to date, and it shows in the impressive set design by N. Dixon Fish, the musical direction by Lyndon Pugeda, and the tightly choreographed stage combat by Emily Sperling. Director Ted Leib landed a real knockout for the title role in Rudy Martinez—after seeing the spark in his eyes as he rides off to adventure, and hearing the boom in his voice as he sings of his quest, it’s hard to imagine anyone else in the role. Tara Sampson sings wonderfully and strikes a powerful figure as Aldonza, the poor barmaid who’s constantly beset by unwanted advances; and Steve Lawrence has a great physicality and sense for comic gesture as Sancho Panza.

Some elements of this musical are timeless: the rousing title song, and the inspiring standard "The Impossible Dream" both still have the power to win you over to their vision of optimism in the face of a cynical world, and "Dulcinea" is a sweet ode to the sway that unrequited love has over the imagination.

Other elements don’t hold up as well—the trope of "a prostitute finds self-worth only once a chaste man convinces her of it" is old and flawed, and watching a pack of angry men converge on Aldonza to beat her and carry her away to be gang raped is extremely uncomfortable to say the least, no matter how well styled and choreographed said beating is. (At least they’ve left out the scene where villainous Gypsies and Moors steal all of Don Quixote’s stuff.)

1776: The Musical by JCompany Youth Theatre

I have a real soft spot for this play, which is pleasingly thorough and historically accurate in its telling of the winding, contentious road the representatives of the Continental Congress took to draft and ratify the Declaration of Independence. Its musical numbers are farther between than most, but memorable and undeniably cheerful. In the age of Hamilton, staging it in a youth theatre with an all-female cast is an irresistible no-brainer. If you could use a little pick-me-up in the form of some patriotism of the old-fashioned, uncontroversial variety, this show at the Lawrence Family Jewish Community Center should be fun.