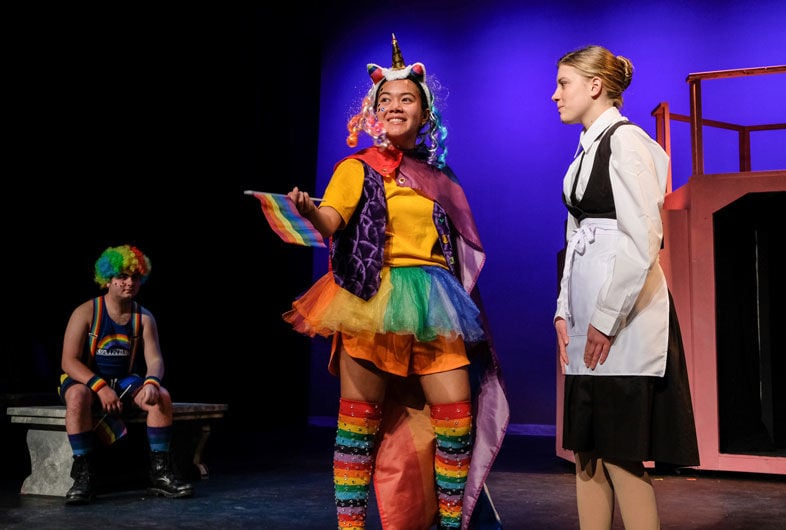 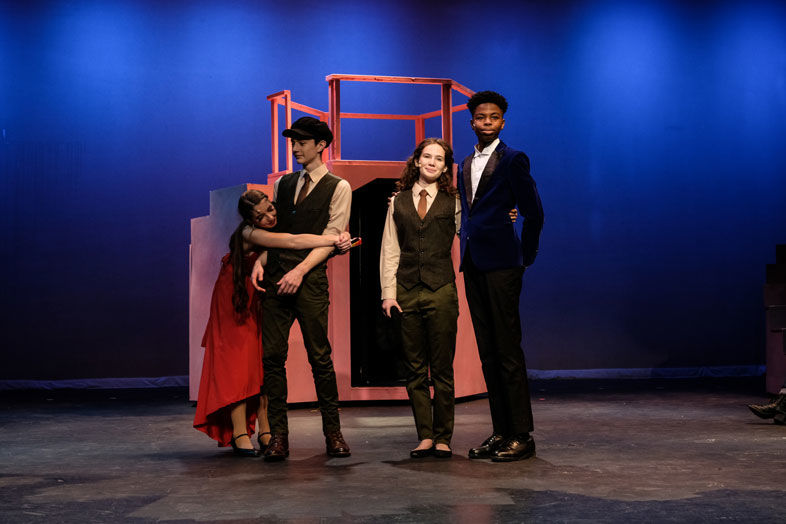 Shakespeare is challenging even for seasoned adult actors. The language is so unfamiliar that if you don’t thoroughly understand what you’re saying, know where the emphases and punchlines and connotations lie, and how to hit them with the appropriate expression and body language, you can memorize your lines perfectly and they’ll still buzz right over the audience’s heads like the fine print in a pharmaceutical ad.

Given this, you’d be forgiven for feeling hesitant about a high- and middle-school-age production of Twelfth Night. But these aren’t just any young actors—they are San Diego Junior Theatre, the oldest continuously operating youth theater organization in the country. Now in its 72nd season, the company’s founding predates La Jolla Playhouse by 11 years, San Diego Rep by 28. They’re so OG their website is just juniortheatre.com. So it’s safe to say they’re no lightweights.

I’d only read Twelfth Night once, back in college, and had never seen it, so I figure I’m a good test audience for effectively communicating Early Modern English. And the lead actors here not only get it, they make it their own. After being separated from her twin brother in a shipwreck, Viola (Fiona Byrne) disguises herself as a man named "Cesario" to enter the service of Duke Orsino (Seth Holt), whom she quickly falls in love with. Orsino is in love with Lady Olivia (Genevieve Foster), but when he sends "Cesario" to deliver word of his affection, Olivia falls in love with "Cesario" instead.

It’s a classic romantic comedy love triangle. There actually isn’t much to Orsino’s character besides "is a lord," but Holt breathes life and charisma into it. Byrne delivers a nuanced performance of the inner conflict and social dexterity that comes with being the center of all this attention. Foster’s transition from stoic mourning to besotted seducer lets her deploy some great physical comedy—one perfectly timed fan deployment gets the biggest laughs of the play.

Director Justin Lang leans into the story’s inherent queer themes in a fun, effervescent way that adults and teens alike will enjoy, aided by gender-fluid casting and some truly fabulous costumes from Bertha Tulagan and lighting by David Romero. Drunken uncle Sir Toby Belch (Gaia Micciancio) and his cohorts, aspirant suitor Sir Andrew Aguecheek (Marc Berger) and court jester Feste (Amaya Gray) are a natural fit for partying in Pride regalia and other assorted silliness. Micciancio is one of the most capable actors in the show, and Berger is a great foil; their timing together is sharp. Gray is very well cast for her skill in mime and song—her musical interludes, both in beautiful vocal solo and almost-convincing rubber-chicken-violin, are standout moments—but I fear that some of the jester’s intended wit and wordplay is lost to rushed line delivery.

Keep your eye on Caleb Haberman’s Malvolio. The play’s B-plot finds Sir Belch and Co. playing a mean trick on Olivia’s persnickety servant, convincing him by way of forged handwriting that Olivia is not only in love with him, but prefers a truly garish fashion style. Malvolio’s enthusiastic debutant-like entrance in said fashion and attempt at answering Olivia’s love brings down the house as Haberman elevates his unassuming secondary character to audience favorite.

I can’t express how pleased I am at getting to see these talented young people put on such a lively, entertaining production. Some of the minor characters don’t quite have the command over their cues and dialogue to keep a Shakespearean novice’s comprehension at 100 percent, but it never detracts long enough to drag the momentum down. If you want a glimpse of what’s to come in San Diego’s theater talent, come down to Casa del Prado—but be quick! There are just three performances left.