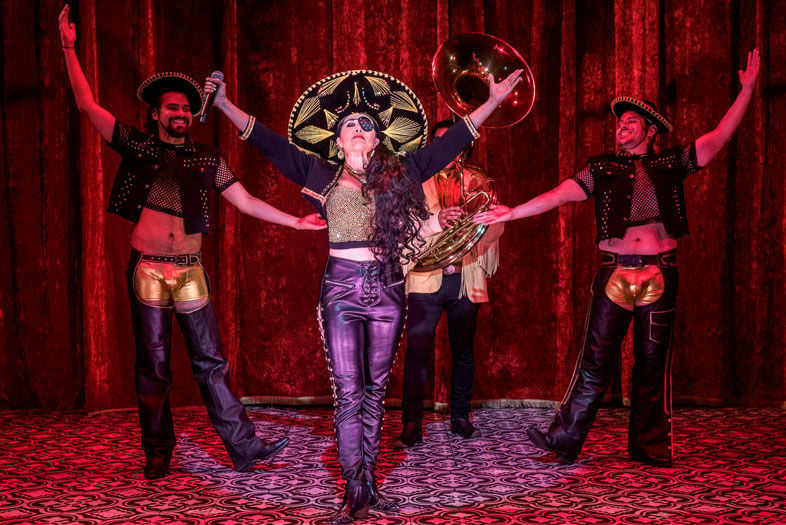 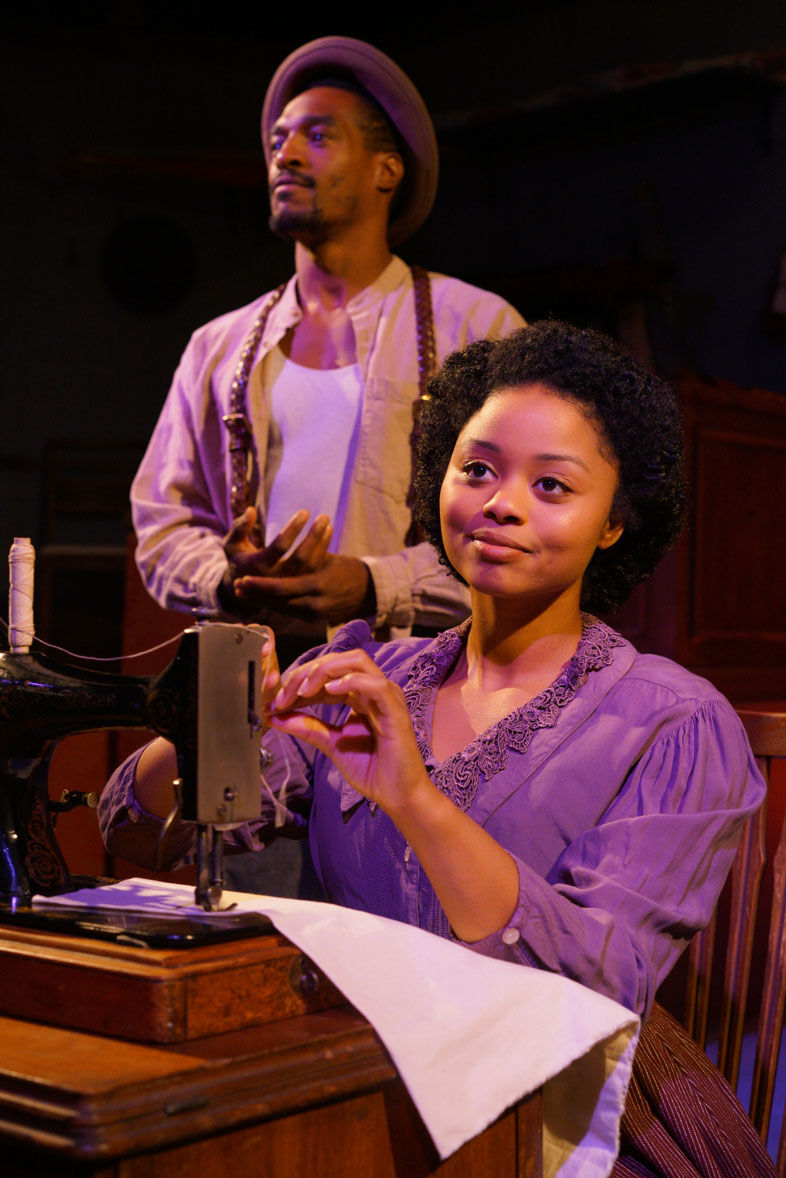 As the cofounder of Culture Clash and founder of Amigos del Rep, Herbert Siguenza was already a storied figure in San Diego and Chicano theater before he became the Rep’s playwright in residence. But he’s hit a new stride there, creating seven new plays in the past 3.5 years, most recently 2018’s Beachtown and 2016’s Manifest Destinitis. His latest work, developed as part of last year’s Latinx New Play Festival, is Bad Hombres / Good Wives, a spin on Moliere’s classic School for Wives transplanted to the cutthroat world of the Sinaloan drug cartels.

Middle-aged, hypermacho Don Ernesto (John Padilla) is set to marry wide-eyed young Eva (Yvette Angulo), who’s grown up in a convent. He hopes this means she’ll be a docile and submissive wife, but she’s armed with all the feminist theory NPR has to offer, and besides, she’s got eyes for Mario (Jose Balistrieri)—who just so happens to be the new head of a competing cartel, in town to negotiate a deal with Don Ernesto.

The jokes never stop in this bombastic, telenovela-inspired comedy, which has an endless bag of tricks and surprises to pull from: mistaken identities, revenge plots, secret romantic rendezvous, a jaw-dropping fight choreographed to "La Macarena," and witty songs by longtime Nortec Collective electronica producer Bostich, of the duo Bostich & Fussible.

Roxane Carrasco is smashing as Lucha Grande—singer, deadly crime lord widow, dominatrix—backed up by two go-go dancers (Daniel Ramos III and Salomón Maya) who double as ridiculously over-the-top narcos, and by Sousaphone player Adrian Kuicho Rodriguez, in a nonspeaking yet totally charismatic presence. Fellow Culture Clash cofounder Ricardo Salinas plays a squirrely priest caught in the middle of all the players trying to murder or marry one another.

Earning the biggest laughs and applause of the night is Siguenza himself as Don Ernesto’s maid, Armida, who schemes, sashays, and throws shade at all the right moments. This is a very fun show—Siguenza is a treasure; if you haven’t seen his work yet, this is the perfect place to start.

at the Lyceum Theatre through October 27

Not all awards carry the same weight. (It’s hard to take the Oscars seriously anymore.) But when the first line of someone’s biography says they’re the only woman to have won two Pulitzer Prizes, that demands your full attention. Lynn Nottage won for Ruined in 2008 and Sweat in 2017, which San Diego Rep put on this spring. Intimate Apparel is an earlier work, from 2003, but like Sweat it casts a curious eye on working-class African Americans in a vivid, extensively researched historical setting.

This story is personal to Nottage—it’s based on her own great-grandparents. Esther (Tamara McMillian) is a seamstress living in a women’s boarding house in 1905 Lower Manhattan. She strikes up romantic correspondence with George (Taurian McLeod), a laborer working to build the Panama Canal, and since she’s rounding her 30s and still single, everyone she knows is suddenly invested in her love life—her landlord, Mrs. Dickson (Milena (Sellers) Phillips), her friend Mayme (Cashae Monya), and her wealthy white client Mrs. Van Buren (Gerilyn Brault).

The obstacles between Esther and a happy, stable family life are legion, but her old-fashioned steadfastness and determination in the face of them all are inspiring. Touch is the prevailing theme here. Esther’s business is sewing undergarments, and it’s fascinating to see the different comfort zones she shares with each of the other characters. Mayme is as comfortable and playful as a sister. Mrs. Van Buren assumes an entitlement to an intimacy she hasn’t earned. Esther thinks she knows George because of their letters, but he may as well be a stranger when they meet in person. And since Esther’s fabric supplier, Mr. Marks (Tom Steward), is an Orthodox Jew who isn’t permitted to touch a woman who’s not a member of his family, the tension between the two of them is poignant.

Get up to Carlsbad and check this play out while you still can. It’s a fine character study; Cashae Monya electrifies the stage whenever she’s on it, and Tamara McMillian is doing great layered, subtle, reactive work at all times.