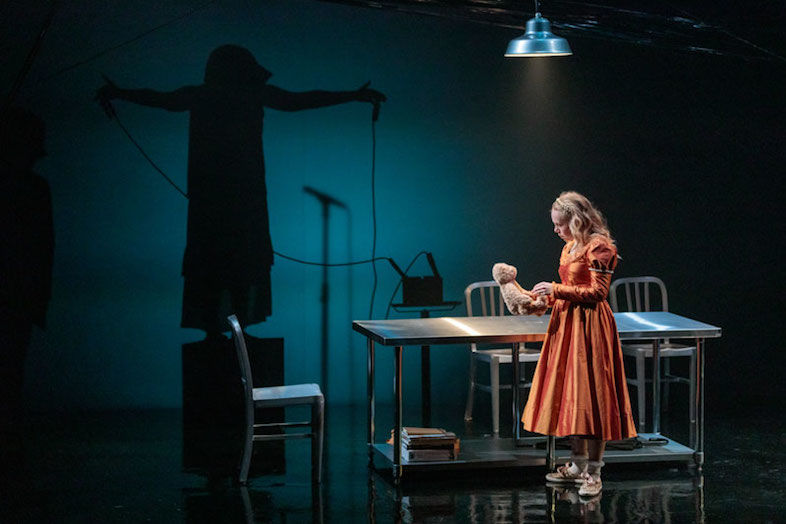 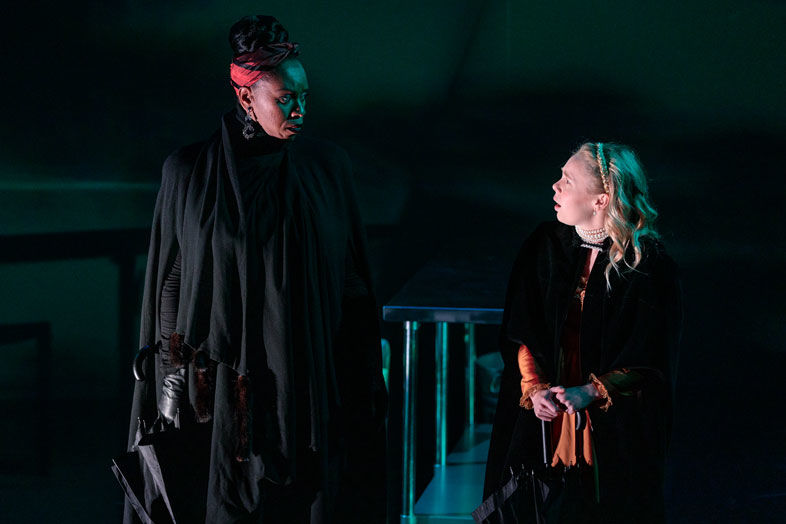 England, 1549. Thom Seymour, widower of Catherine Parr (in turn, widow of Henry VIII) is imprisoned in the Tower of London for breaking into the residence of his nephew-in-law, King Edward VI, carrying a gun. Because Edward is only twelve years old at the time, Thom’s brother Ted, the king’s lord protector, is the head of state. Ted investigates, suspecting that the king’s half-sister, Bess, was involved in the plot. Because Bess was removed from the line of succession, she has a motive; and on more than one occasion, Thom has been caught in a compromising position with her. It seems all but clear that something fishy is going on between them (which is extra gross because for the past few years, he’s effectively been her stepfather).

Got it so far? If you know nothing else about this story, you know that Bess—aka Elizabeth I—does eventually become queen, not to mention one of the most beloved figures in English history. So how did she escape such damning circumstances, seemingly at a time before she’d secured any institutional power? That’s the crux of The Virgin Trial, the second part of Kate Hennig’s Queenmaker trilogy, now playing at Cygnet Theatre.

I can’t help feeling a little hoodwinked that a 16th-century period piece would return me to the Bush years.

Technically, you don’t need to have seen part one, The Last Wife, to follow the plot. The characters sow a bumper crop of exposition early on about which royal half-sibling came from which beheaded ex-wife of Henry VIII and why two of them were declared illegitimate. But if you spent most of your high school European History class surreptitiously playing Pokémon (ahem), a quick refresher on the spaghetti-tangle House of Tudor will definitely help you before going in.

Something else that might help? A heads-up about the onstage waterboarding, electroshock stress-position torture, and sexual assault. (A first-date night this is not.) Cygnet’s website advises that the play "deals with mature themes of sexuality and intense violence," which technically counts as a warning but in retrospect doesn’t quite seem sufficient.

I understand the reasoning behind these scenes. Hennig knew that five centuries’ remove has turned the historically accurate rack and iron maiden into cartoonish symbols. (Just last week I was laughing at Wednesday Addams torturing her brother on the former.) Modernizing the interrogations guarantees a visceral reaction, and forces you to reckon with the fact that "Good Queen Bess" was willing to let her governess and secretary endure permanent trauma to save her own neck. But I still can’t help feeling a little hoodwinked that a 16th-century period piece would return me to the Bush years.

Anyway, now that you’ve got a basic familiarity with the family tree and fair warning about the Abu Ghraib imagery, does The Last Wife succeed on its own terms? I think so. It tells a lesser-known yet hugely formative chapter in Queen Elizabeth’s life, filling in some of history’s unknowns with reasonable speculation and painting a full, complicated portrait of a young girl who, as the playwright puts it, "was in full control of her destiny even in her teenage years."

And you couldn’t pack the stage with more talent. Olivia Hodson plays every facet of the future queen—innocence, resourcefulness, ruthlessness—with subtlety and grace. Steven Lone reprises the role of Thom from Cygnet’s production of The Last Wife, pulling off a surprisingly sympathetic scoundrel. Monique Gaffney and Wil Bethmann, both riveting earlier this year in Sweat and Angels in America respectively, are a pleasure to see, but since their characters are the chief witnesses to the scandals at play, they spend most of their stage time in cringe-inducing pain. At least the genius set design by Elizabet Puksto sets the right mood for it: Jet-black plastic strung like airborne shards of glass over a creeping floor like a lava flow.

Granted, if you need to cast two inquisitors, you could do little better than Lisel Gorell-Getz and Tom Stephenson. The former is practically Valkyric, especially when transformed into a towering silhouette by Chris Rynne’s lighting design, and the latter deploys an unsettlingly cheerful good-cop routine as Ted. A little underused is Brittney M. Caldwell as Princess Not-Yet-Bloody Mary in an airtight, audience-favorite performance that is somehow her very first in San Diego after receiving her MFA. Add her to your Google Alerts ASAP.

All three of Hennig’s Queenmaker plays premiered at Ontario’s Stratford Festival; the latter two commissioned by them following the success of the first. The Virgin Trial was shortlisted for the Governor-General’s Award for English-Language Drama, which is as big of a deal as you can get in Canada. Barring an unlikely critical flop, it’s a good bet that part three, this year’s Mother’s Daughter, will come to Cygnet too. So if you enjoy the intrigue of court politics, want to see a daring, modern take on the ascendancy of one of history’s most powerful women—and you have a strong stomach—you won’t want to miss this one.

At Cygnet Theatre through October 6