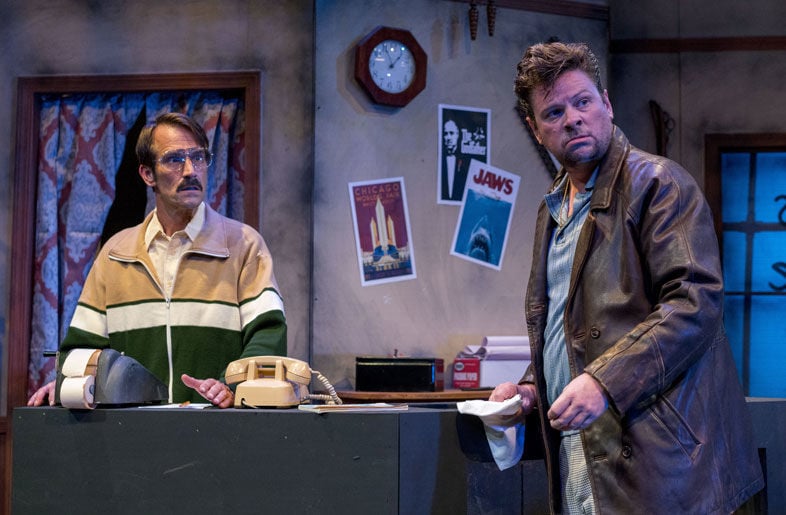 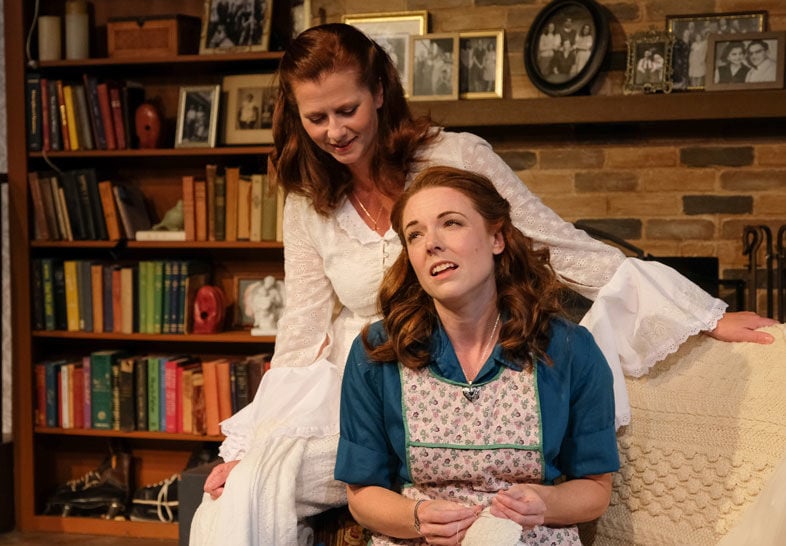 To a contemporary audience, American Buffalo resembles nothing so much as a Coen Brothers movie—the incompetent but occasionally hyperliterate criminals, the collision of rhetorical absurdity and claustrophobic desperation, the Midwestern accents, the brief startling violence—though of course it came first, David Mamet’s 1977 Broadway debut. (I wouldn’t be surprised to learn that the latter inspired the former.)

There’s a delicious schadenfreude in watching these two-bit crooks sabotage themselves, needlessly turning on one another and unraveling their own plans just as quickly as they spin them. Baird’s Teach might be the most specific character I’ve seen all year, a shambolic assemblage of weird angry tics and barely-holding-it-together bravado. It verges on unbelievable that any person could ever not have a "normal" moment, some baseline to exhale toward, but then again, the play’s timespan is brief and the tension constantly escalating.

Ferrin draws great pity as the poor sap stuck in the middle—to mix metaphors, you can see Bobby’s hamster wheel turning as hard as it can, but it’s just not enough to get him out of the headlights. You can also see why Donny’s so patient with him; his compassion for the kid, strained as it is, is the grounding human element of the story.

Director Rosina Reynolds—a fine actor in her own right, proved not least by this spring’s Angels in America—keeps the comedic timing sharp and snappy throughout. You realize early on that this will inevitably end in violence, but there’s still a bit of tonal whiplash when it comes, seeming to ask both sympathy and forgiveness for a character who deserves neither. But it’s still a blast to watch; a wild, offbeat character study that keeps you guessing until the very end.

It takes some honest, dark-night-of-the-soul reckoning with death to write a realistic family drama that’s also a ghost story. And Neither Have I Wings to Fly, Ann Noble’s 1995 play about a pair of sisters in 1950s Ireland unmoored by their mother’s passing after three long years of illness, takes a smart look at the traditional ghost tropes and finds parallels in those left behind: It’s not just the dead who are lingering because they have unfinished business.

Older sister Eveline (Kate Rose Reynolds) wants to leave home for university, but feels obligated to stay and take care of her remaining family—which, in the days immediately following Ma’s funeral, consists mostly in making sure they eat, and keeping them away from the liquor. Their "da," Peter (Walter Ruskin) is shaken and distant; younger sister Katie (Katee Drysdale) is acting out in destructive ways, drinking and flirting hard with roguish traveling actor Freddy (Zackary Bonin) even though her marriage to nebbish-but-responsible Leo (Hayden Emmerson) is imminent. Further complicating this thorny situation is the arrival of Leo’s rambling younger brother, Charlie (Paul Eddy), who’s got eyes for Eveline; and Ma herself (Sara Jane Nash), whom only Eveline can see.

The script gets a little self-indulgent at times (there are several extended digressions, including an entire Shakespearean monologue from Freddy), but for the most part, Wings weaves a rich, fascinating tapestry out of all these clashing personalities. It finds plenty of humor to balance the heartbreak, while teasing out the forces driving the family apart as well as the remaining ties that bind them. Kate Rose Reynolds creates a powerful portrait of resilience and composure as the eye of this storm. And though Paul Eddy’s vocal delivery can sometimes be narrow, everything else in his performance—his blocking, his reactions, his interiority—is engaging and dynamic.

The more we see these characters push against and cling to one another, the more we understand that this story isn’t just about grief and mourning. Though Ma’s return frightens Eveline at first, before long it’s almost as if she never left—she’s still looming there just behind Eveline, offering unasked-for advice and judgment, just one of many family ties weighing her down. I think this is the play’s most salient observation. Losing a family member means feeling the acute pain of their absence, of course—but when that fades, the longer work is in dealing with the lasting effects of their influence in your life, and in cleaning up whatever literal or metaphorical messes they’ve left behind.

And Neither Have I Wings to Fly, directed by Jacquelyn Ritz

at Scripps Ranch Theatre through December 8