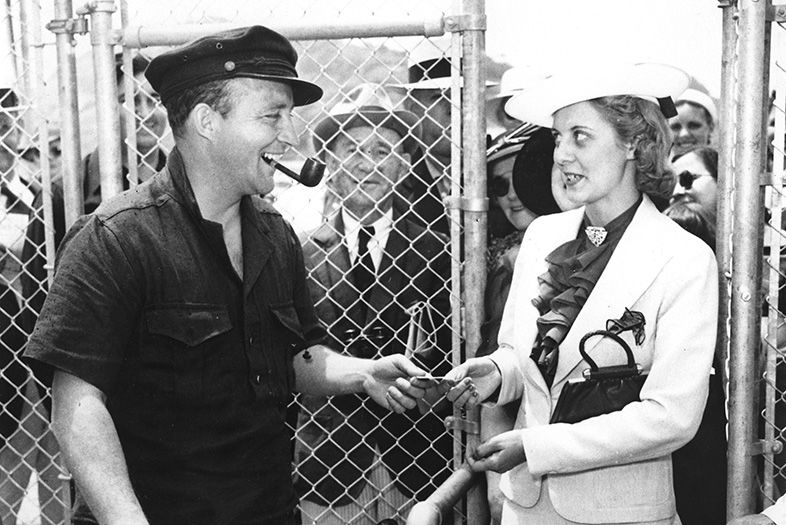 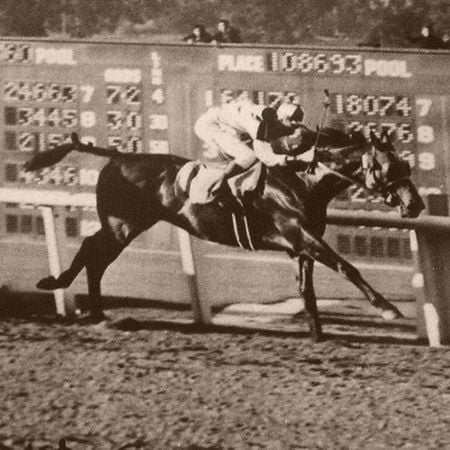 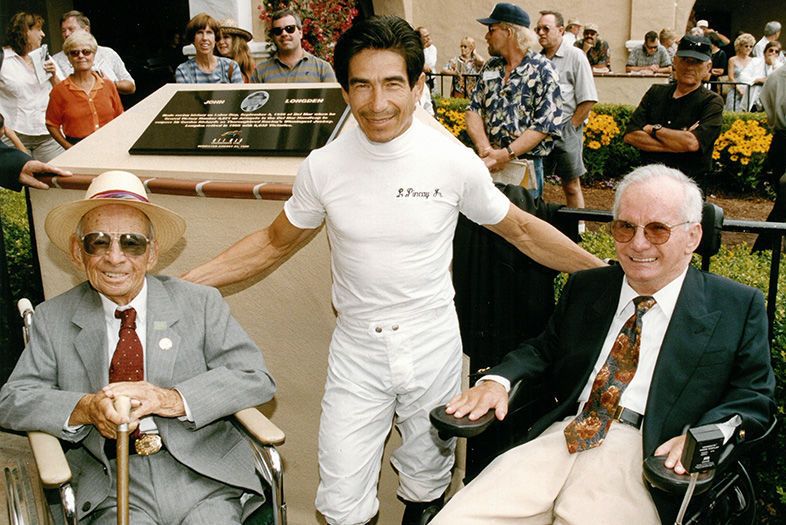 At the start, the middle, and the end of every racing day at Del Mar, the song is heard over the loudspeaker:

The first and last renditions are Bing Crosby’s original 1938 recording. The other, around the sixth or seventh race, is done live by a volunteer, in homage to the man and the track he founded. What it was then. What it is now.

Of course, a lot has changed in the 80 years since the racetrack opened. But looking around and listening to those words, one can easily sense that the essence of Del Mar that Crosby captured hasn’t changed all that much.

Crosby's song reflects the past, present, and future of a place that has become special to multitudes of jockeys, trainers, and fans in San Diego County, Southern California, and across America—and is now being introduced to the world by virtue of hosting the Breeders’ Cup. From the ’30s to the ’50s, Bing Crosby was an entertainment superstar on the air, on screen, and in record sales. He would become quite possibly the best-selling recording artist of all time, selling close to a billion records across various media worldwide.

The underdog's match race in 1938 brought national and world attention to Del Mar.

A fan favorite after winning the San Diego Handicap from 1963 to 1965 and the Del Mar Handicap in 1967, his remains were exhumed from a Hollywood Park resting site and reinterred in the Del Mar infield in 2014.

The winner of the inaugural $1-million Pacific Classic in 1991 was the forerunner of a number of standouts for the Golden Eagle Farm of DMTC President John C. Mabee and his wife, Betty.

Three straight wins in the Clement L. Hirsch Stakes from 2008 to 2010 were extensions of a career victory streak for the great mare, who reached 19 before a narrow loss against Blame in a 2010 defense of her Breeders’ Cup Classic title.

Such fame and the fortune that came with it enabled Crosby to indulge in his passion for sports, of which the founding of Del Mar Racetrack was a major, but not the only, part. A professional golf tournament he started in nearby Rancho Santa Fe was moved to the Monterey Peninsula and lasted for decades as the "Crosby Clambake" pro-am. He was part owner of the Pittsburgh Pirates baseball team from 1946 until his death in 1977, but was too nervous to watch the seventh game of the 1960 World Series, the Bill Mazeroski walk-off home run epic, and instead listened to it on the radio from Paris. Crosby had purchased part of the historic Don Juan Osuna Ranch in Rancho Santa Fe and had moved in by the time the 22nd District Agricultural Association of California began to build a fairgrounds on the present site.

A sportsman named William A. Quigley, then living in La Jolla, pitched the idea of forming a syndicate to put on a racing meet. Crosby was enthusiastic and recruited Hollywood friends Pat O’Brien, Oliver Hardy, Joe E. Brown, Gary Cooper, and Crosby’s brother Everett to form the Del Mar Turf Club organization. The path from idea to reality wasn’t always smooth. But on opening day, July 3, 1937, there was Bing, yachting cap jauntily perched on his head and pipe in his teeth, to greet the first customer at the turnstile. Crosby changed to a bright blue jacket, white slacks, and straw boater for the official opening ceremony, telling the crowd: "We hope you all enjoy the meeting—and have a measure of success at the payoff windows." The first race was won wire-to-wire by a horse named High Strike, owned by Crosby. Apparently, the opening day crowd of 15,000 didn’t find that suspicious at all, cheering loudly through the whole race and ceremonies that followed.

No. 1 for stakes wins at Del Mar with 121 entering the 2017 season. He boasts seven straight training titles from 1997 to 2003, 13 Del Mar Futurity victories, and seven Del Mar Debutante wins.

Surpassed Farrell Jones to become the track’s all-time leader for victories in 1998 and held that position for the next dozen years. He’s No. 2 on the stakes-winning list, with 77.

The second season, 1938, featured the event that put Del Mar on the map: a match race that Crosby conceived, promoted, and marketed to the hilt, even by modern day standards. Seabiscuit was a national sensation, a rags-to-riches inspiration for an America still recovering from the Great Depression. He was owned by Charles S. Howard, a Del Mar director. Ligaroti was a recent import from Argentina co-owned by Crosby and by Howard’s son, Lin. It was a non-betting race, but 20,000 fans were on track and untold thousands more listened to the NBC radio broadcast, which featured Crosby and Pat O’Brien on mic from the roof of the grandstand.

The race was so intense that jockeys George Woolf on Seabiscuit and Noel Richardson on Ligaroti engaged in near-hand-to-hand combat down the stretch. Seabiscuit ultimately won by a nose, breaking a track record by four seconds. Thus established, Del Mar proved a solid business and racing enterprise until World War II brought things to a halt from 1942 to 1945. Initially, the facilities were used as training quarters for marines. Then the Del Mar Turf Club Aircraft Division was formed, and assembly lines were set up in the grandstand to manufacture wing ribs for B-17 bombers.

On April 17, 1946, Crosby sold his stock, ending a colorful first era for Del Mar. The track would pass through one ownership group before the lease to run the meeting was acquired, in 1970, by the Del Mar Thoroughbred Club, a group of California owners, breeders, and community leaders. They have held it ever since, and likely ever will—their most recent extension lasts through 2030.

Born in England, his family had reservations on the Titanic, but somehow "missed the boat" and later settled in Canada. He became one of the greatest riders in history and took the career victory title with No. 4,871 aboard Arrogate in the Del Mar Handicap in 1956.

Won seven riding titles at Del Mar, the first as an apprentice in 1949, the last 21 years later. He holds the track record for most wins in a meeting (94). He topped Longden’s career victory mark aboard Dares J with No. 6,033 on Labor Day 1970 at Del Mar.

Entered the Del Mar scene with six wins on opening day of the meeting and was off and running to the first of five meet riding titles. He’s the track’s all-time wins leader with 1,011 in 27 seasons.

His 134 stakes victories at Del Mar is currently 30 ahead of his closest active pursuer. The names of two of his multi-stakes-winning mounts, Precisionist and Flawlessy, might also describe the attitude and execution he brought with him to the track every day.