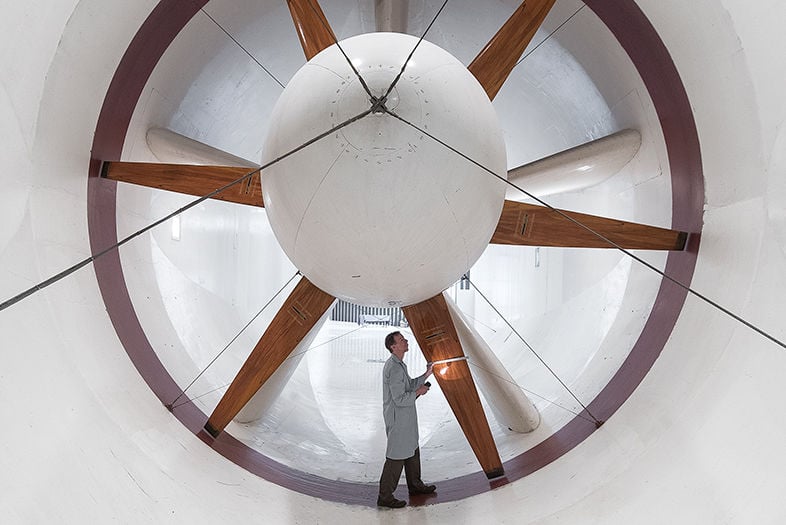 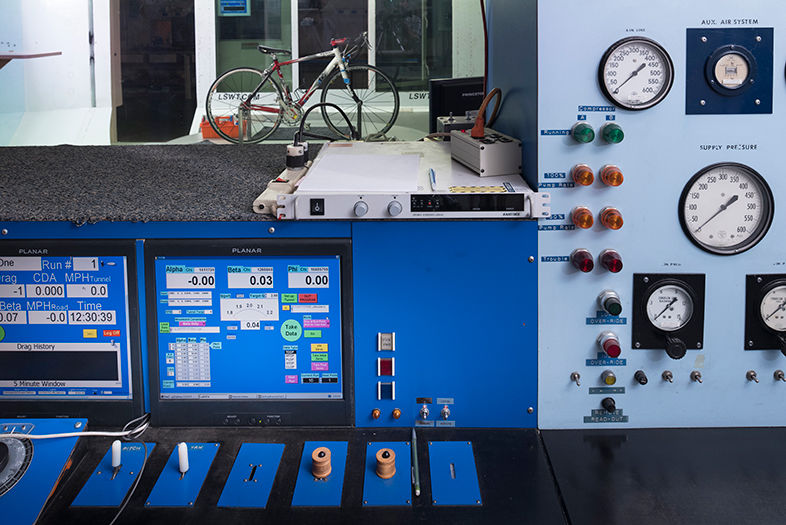 About 100 feet from the tarmac at San Diego International Airport stands a unique facility where many aircraft, from passenger jets like the Boeing 747 to the military’s F-16 fighter plane, took their first flights… at least, in miniature form. The San Diego Wind Tunnel conducts testing on scaled aircraft models, specifically measuring the forces like lift and drag that act on them.

Stephen Ryle oversees a team of five aeronautical engineers, each with an average of 30 years of experience in the field. Their work is world renowned, requiring extreme precision and adherence to the utmost safety standards—especially given that human lives are on the line. Passengers with a fear of flying may be comforted to hear that before a plane goes to market it spends "years and years and thousands of hours in the wind tunnel," according to Ryle. "The new ones flying today were in the wind tunnel 10 to 15 years ago." For example, the F-35 joint strike fighter, which has only recently begun deployment, was being tested in wind tunnels during the 1990s.

This tunnel was founded in 1947 and has seen a variety of owners over the years, from Reuben H. Fleet to Convair to its current owner, the San Diego Air & Space Museum. The fan, which spans 20 feet, can generate wind speeds of up to 270 miles per hour into a small testing room that looks like something out of the TV show Lost, intentionally unchanged by time. If something breaks, Ryle and his team consult the original manuals from 1947 to find a solution. "You don’t replace something," he says. "You repair it."

Although the tunnel’s bread and butter is aviation, it has recently branched out into sporting industries like cycling, downhill skiing, and bobsledding. They’ll test equipment, clothing, and anything else that’s affected by the wind. The tunnel has had visits from the American luge team and Olympian Bode Miller. Ryle says one of his career highlights was working with cyclist Kristin Armstrong, who went on to win three Olympic gold medals. "It was rewarding to see her do so well and knowing we had a part in that."

Before developers built Qualcomm Stadium, they tested its design at the San Diego Wind Tunnel to examine how offshore breezes affected the structure.