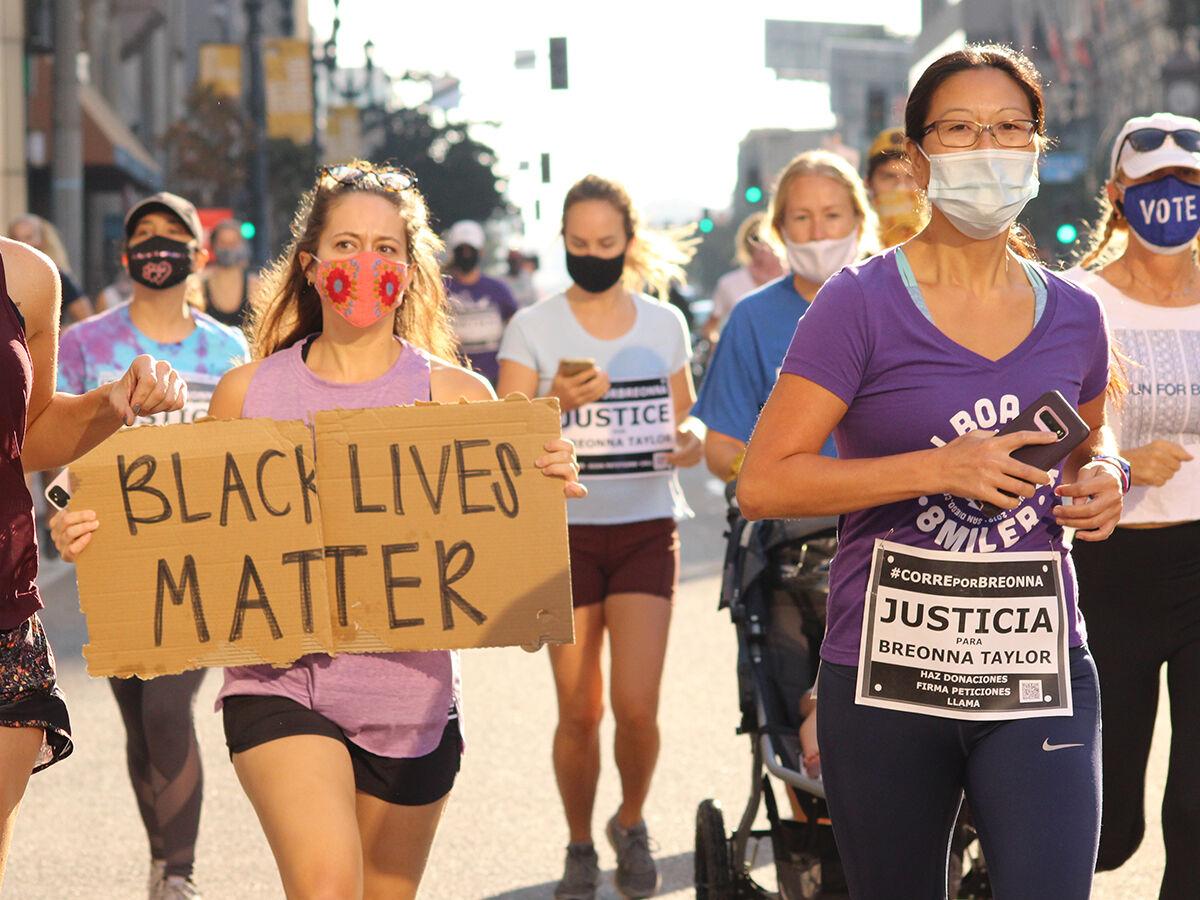 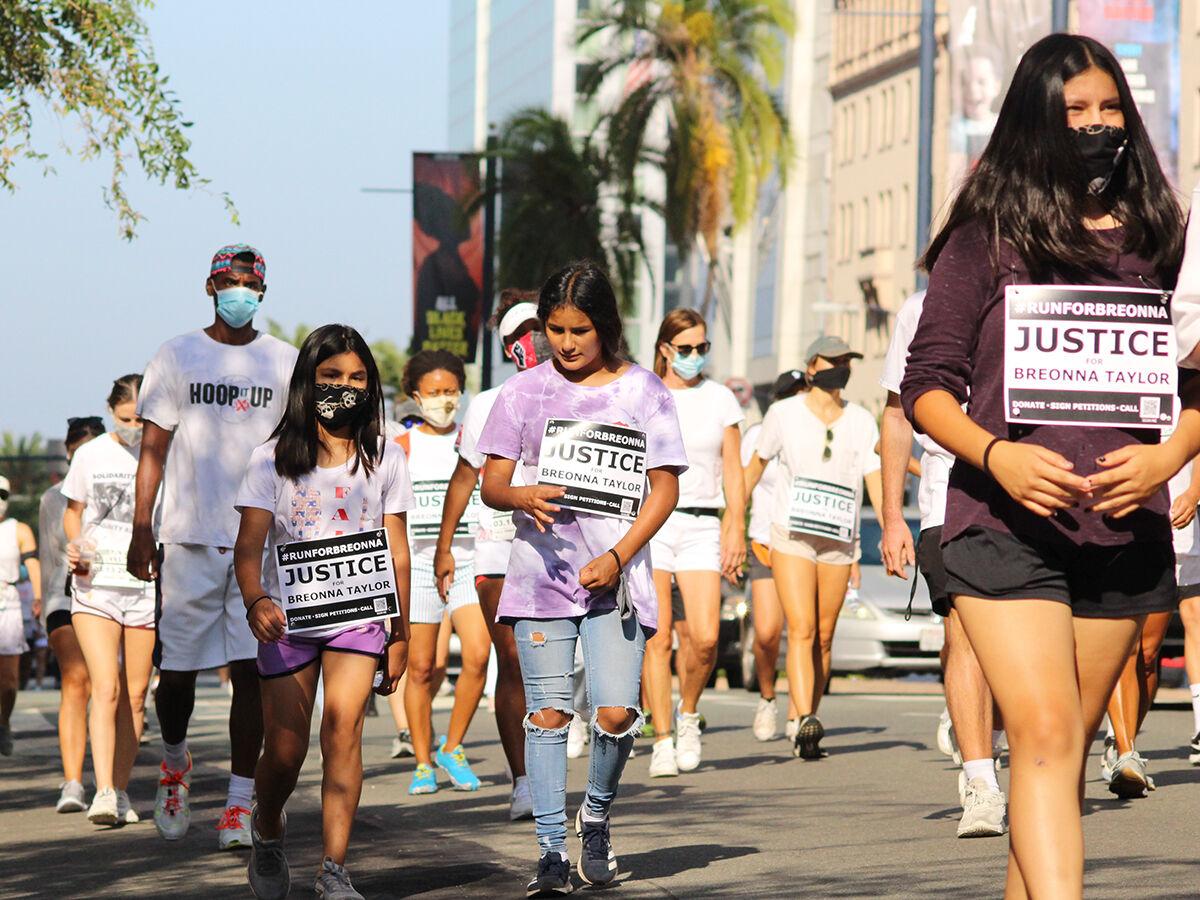 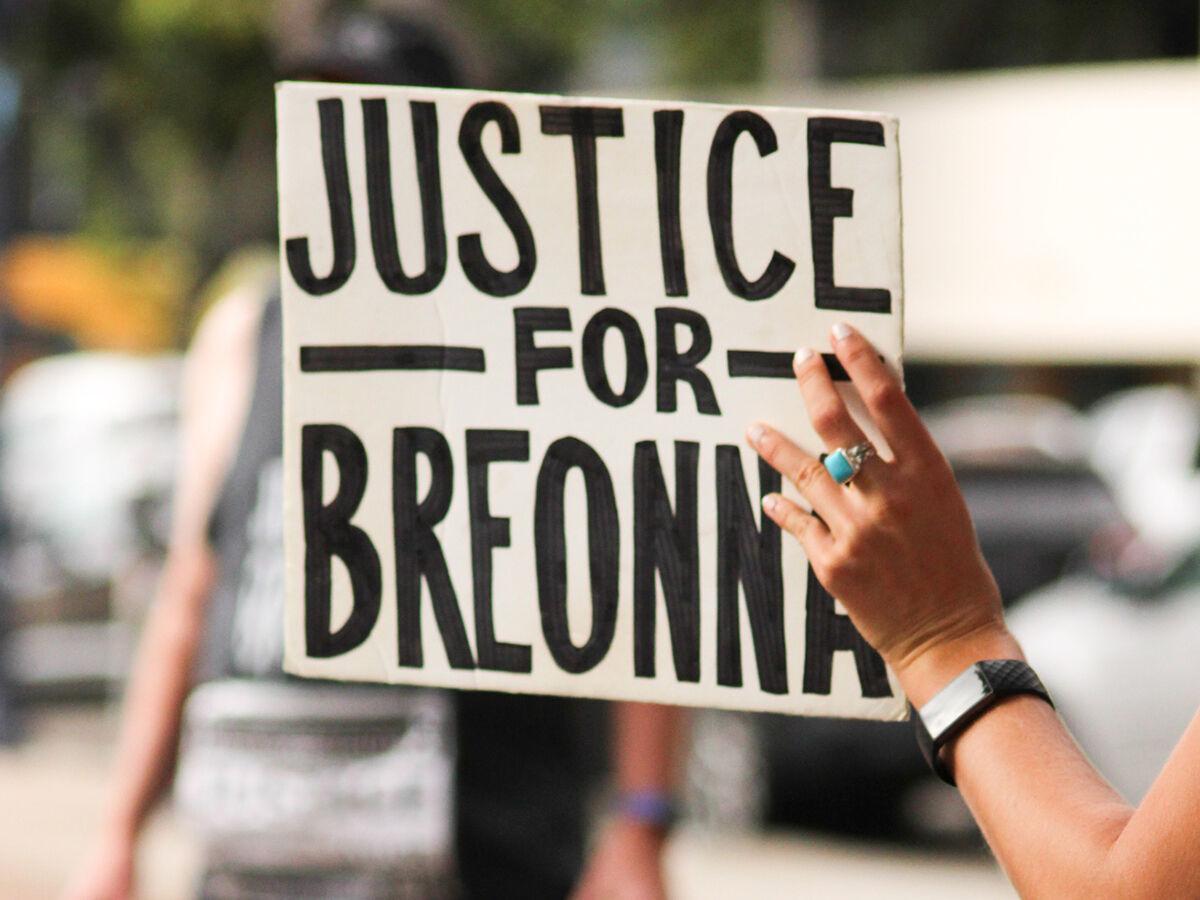 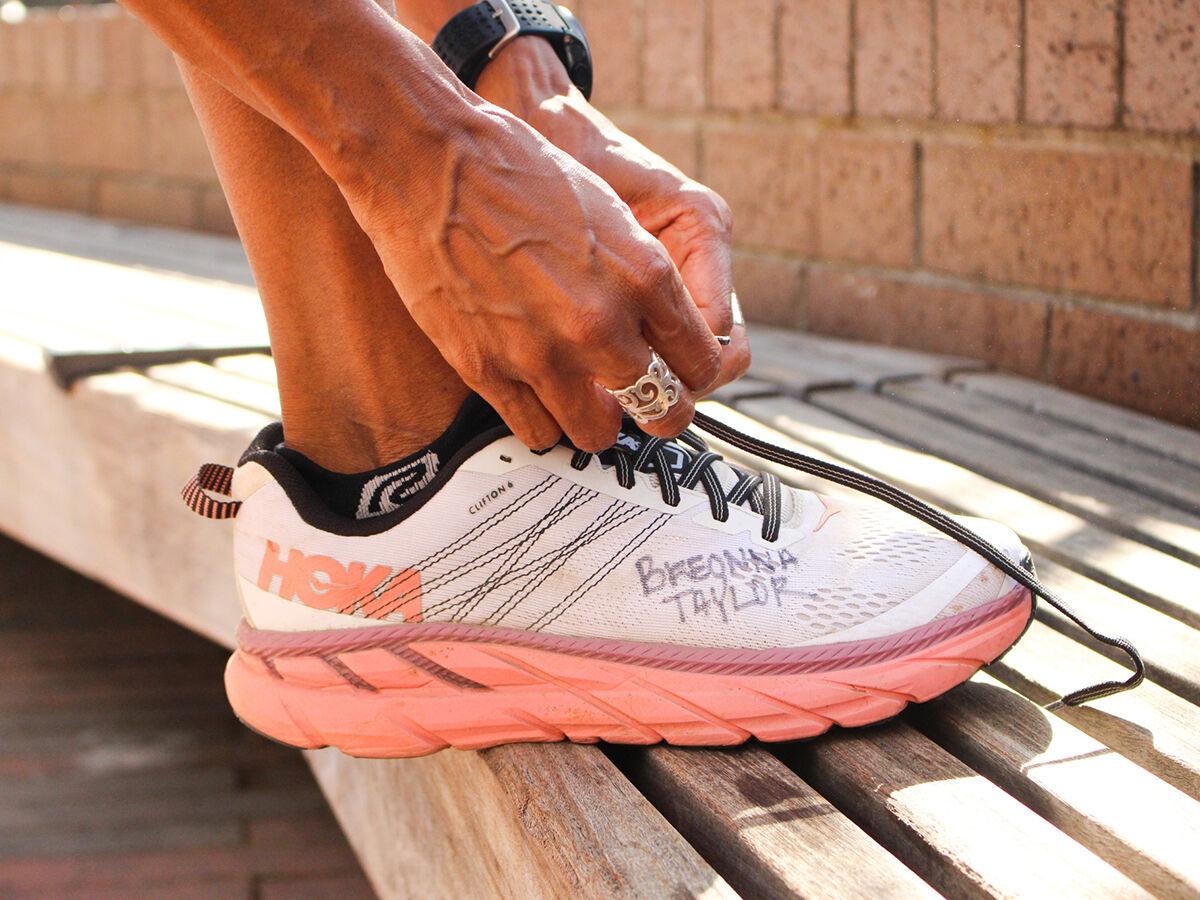 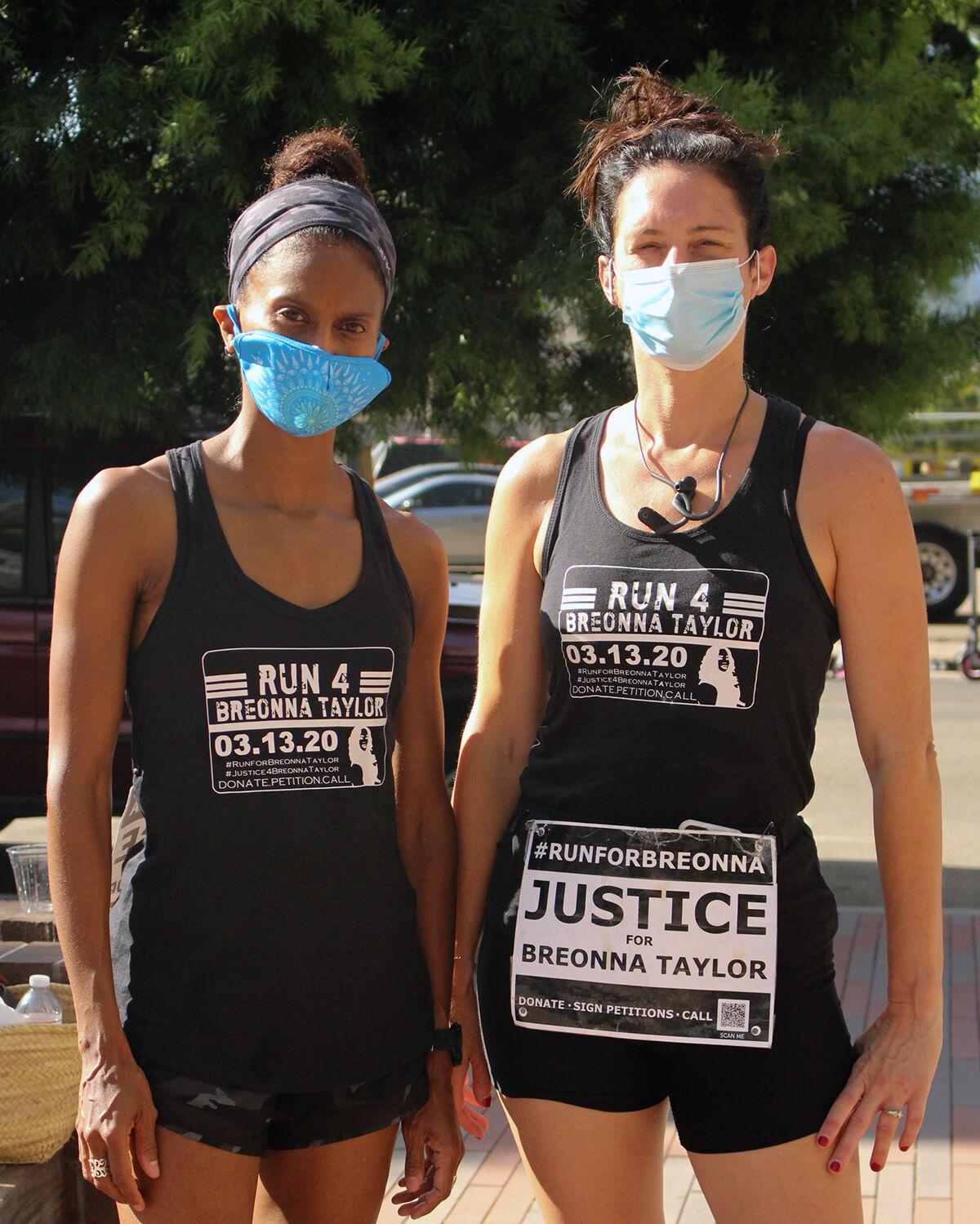 Wake up at six, lace up some running shoes, pin on the group bib, and run for Breonna Taylor.

That’s the daily routine for Nicol Hodges and Gina Wickstead, who founded Run for Breonna in June as a way to keep the 26-year-old Louisville medical worker’s name and case in the spotlight. While thousands took to the streets this summer to protest racial inequality and police brutality, and demand justice for George Floyd, Breonna Taylor, and countless others, these two women stepped outdoors to spread awareness in their own way.

“I’ve been running for over 35 years and, because we’re in the middle of a pandemic, at that time I felt the only way I could really do anything was to run,” says Hodges. Once she began contacting local running communities to see if anyone wanted to join her, she was quickly referred to a woman who had started doing the exact same thing downtown just two weeks earlier—Gina Wickstead.

For both of them, Taylor’s case feels personal. “As a Black woman and a mother of two, I’ve always had that fear that something like this would happen to me or my daughters,” says Hodges. “So often Black women are killed and then completely disregarded. I see Breonna’s mother and I feel that pain with her.”

Wickstead, a teacher, says she couldn’t go back into the virtual classroom and face her students knowing she could have done more. She says, “If you look back at history and see what Martin Luther King Jr. and Malcolm X did, it was all about sustained change. Protests are impactful, but real change happens from a daily routine. People always look at me while I run, so I figured if they were already looking at me, I may as well use it as a form of protest.”

Wickstead leads the Downtown group each morning, while Hodges hosts an Encinitas group and operates virtual runs for others to join in on their own route, at their own pace. The numbers vary—some days there are six people and some days there are 30—but each event prompts its participants with steps for further action, like writing letters or making phone calls to government officials. And each month the group collaborates with local and national organizations that tackle racial inequality or police reform, as well as some that relate to Breonna Taylor’s personal interests.

“It’s important to us to shed a light on who she was as a person,” says Hodges. “We learned that she loved to help people and that she loved babies, so we’ve worked with local groups like StandUp for Kids and Miracle Babies.”

Thanks to donations from runners and local businesses, Run for Breonna has raised over $12,000. The group was able to donate more than 50 backpacks to StandUp for Kids for homeless children. What began as a purely local grassroots effort has, in a matter of months, developed into a nationwide movement: Partner runs are now happening in major cities like Baltimore, Dallas, New York City, and Seattle.

This momentum has pushed Hodges, Wickstead, and their runners to keep going, even despite the most recent updates in Taylor’s case, which failed to indict the officers who killed her. While others may see the verdict as a lost cause, for them it’s only more fuel to keep going.

“I want people to realize that yes, you should do whatever you can, but you can also push yourself to do something you didn’t think you could and see the difference,” says Wickstead.

Well past its 100th run, the group continues to meet and spread awareness of policies that could have made a difference in Taylor’s case—like banning “no-knock warrants” across the country. In the long term, Hodges and Wickstead plan to connect with Taylor’s family to discuss turning Run for Breonna into a nonprofit dedicated to all Black women who’ve been harmed by police violence.

“As a citizen and as a woman, I’ve realized how much power I have in making a change,” says Hodges. “This experience is so much more than a trend or a hashtag. This is not a summer of social justice—you must keep going.”