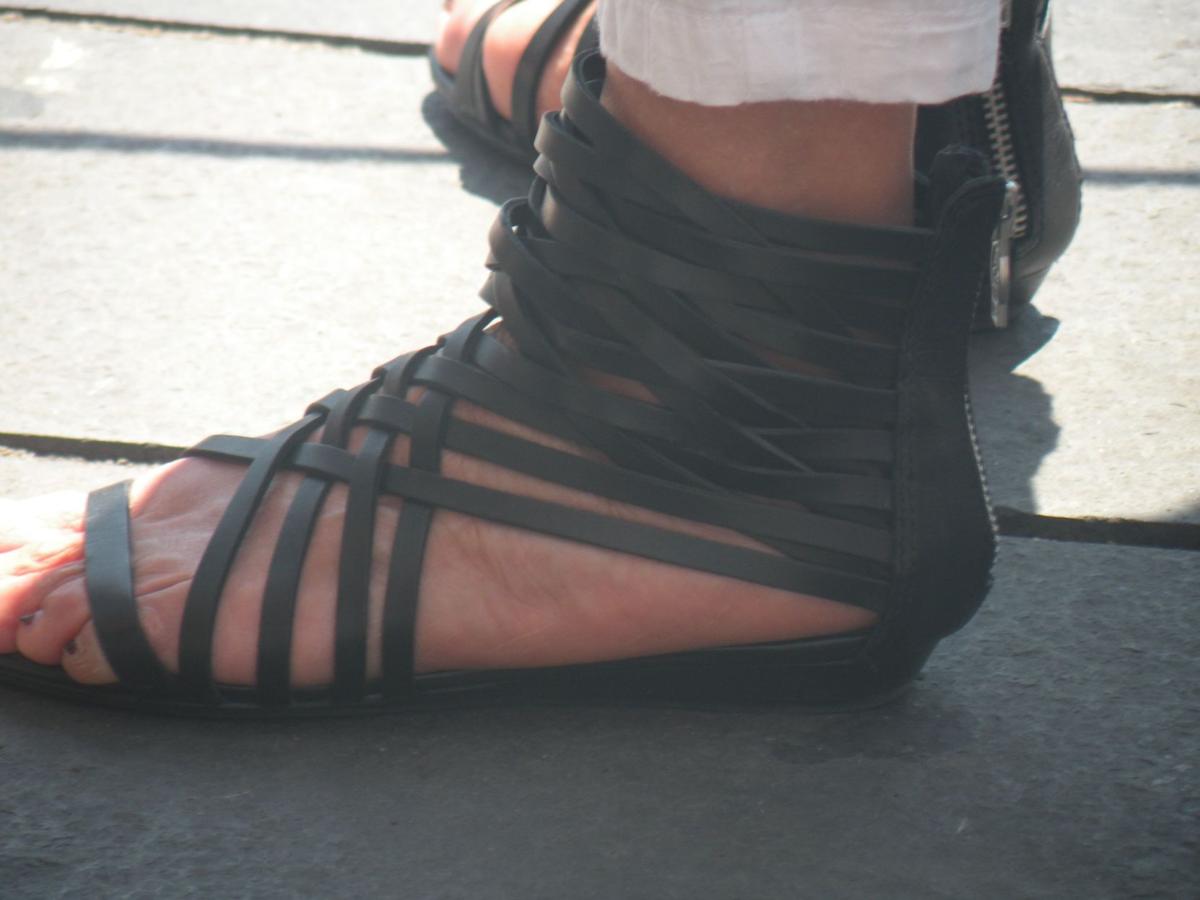 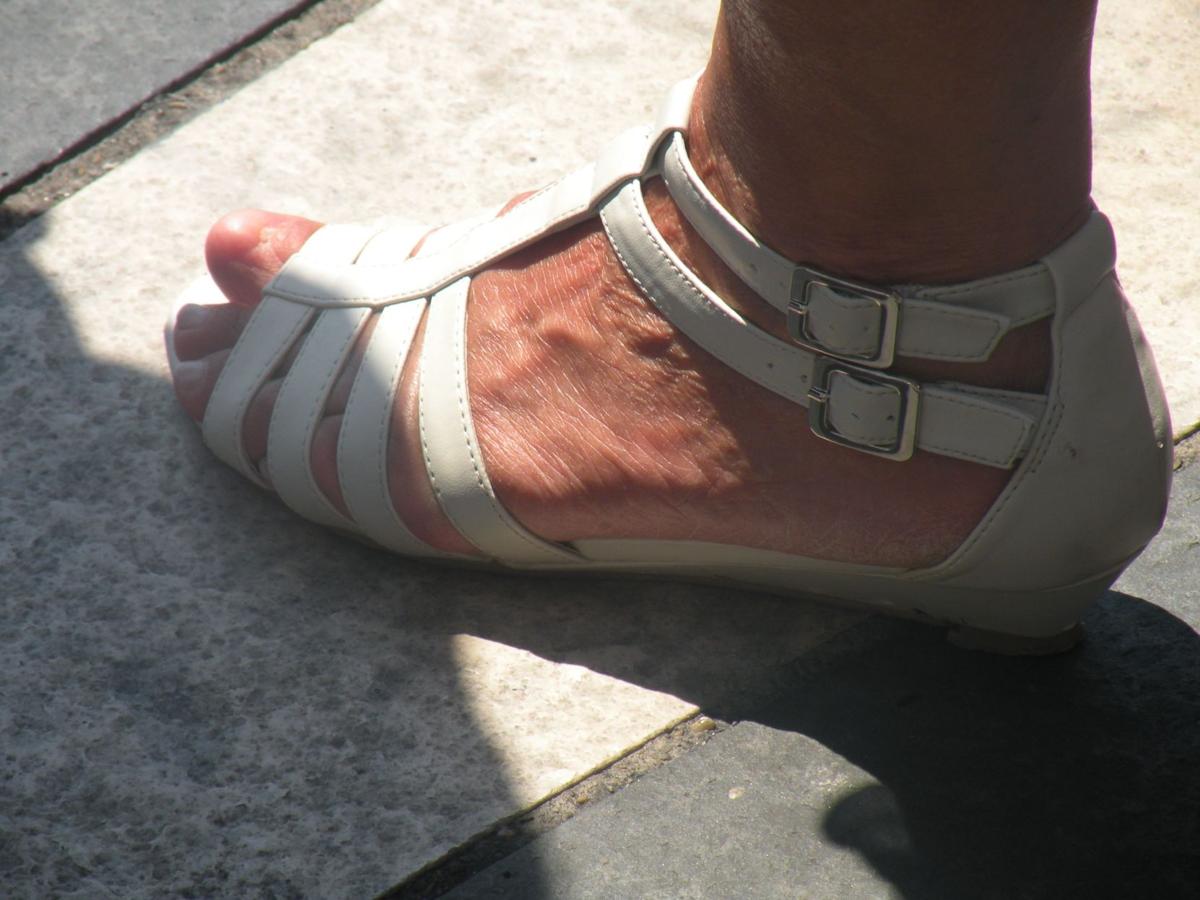 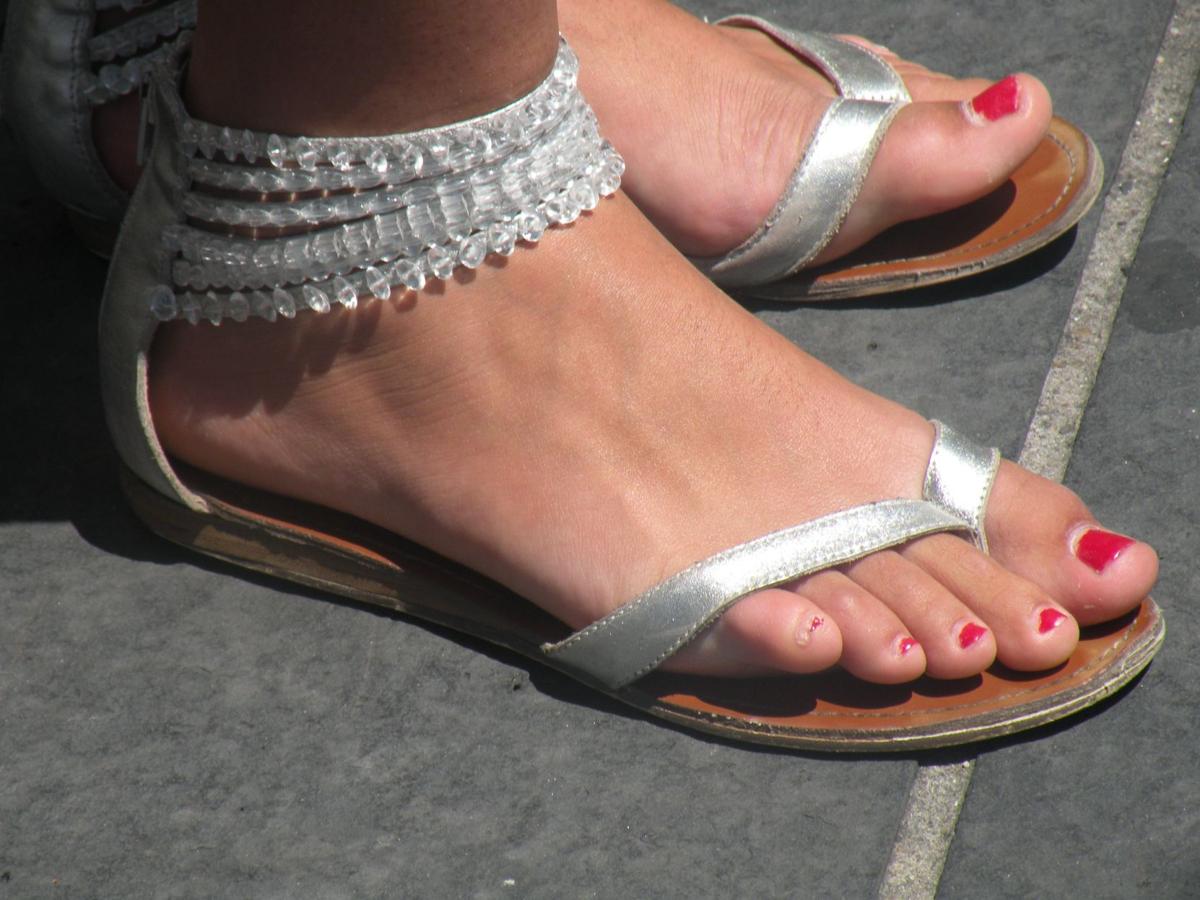 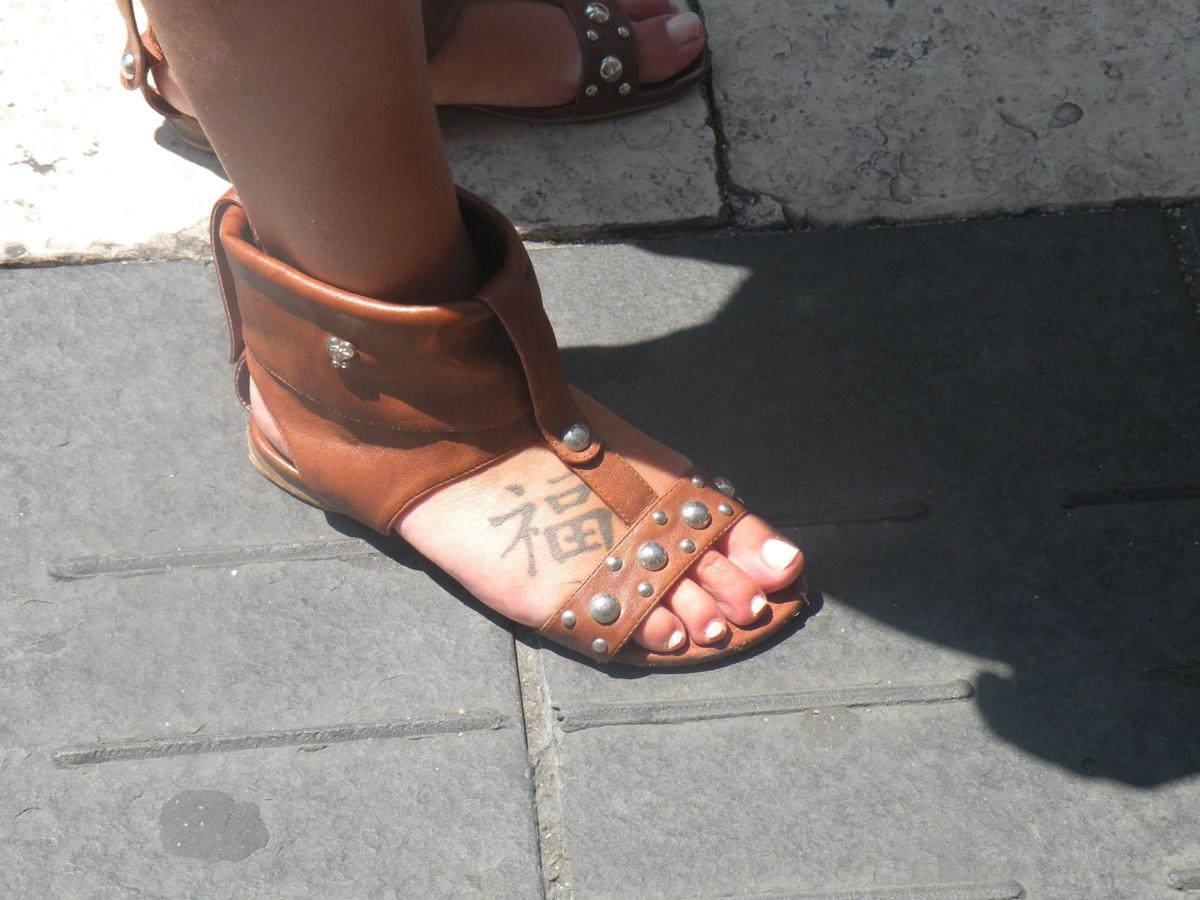 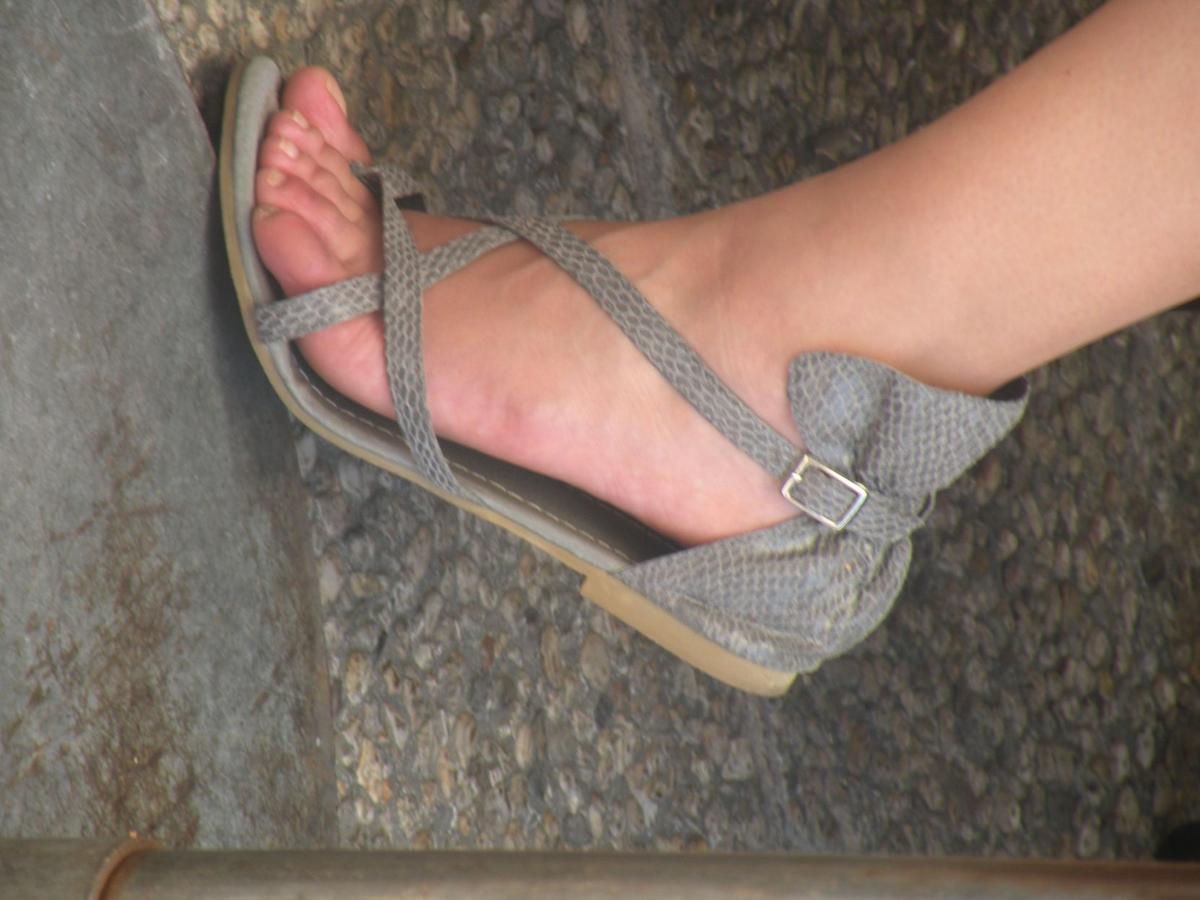 Leaving the unseasonably cold weather of Paris, we popped down to the south of France for a few days of sun in Nice.

Nice got its name from the Greeks. It was originally called Nikeai, after Nike, the goddess of victory. Later the city was an Italian dominion, and became part of France in 1860. It’s the second largest French city in the Cote d’Azur. Marseilles is the largest.

Like most things Grecian, a deep mark has been left on Nice, and this summer the evidence is as obvious as the shoes on your feet.

Gladiator sandals are by far the most popular choice around. Maybe this doesn’t stand up in California, where we drive so much, and walk so little, but in cities where public transportation, steps, cobble stones, curbs, and long blocks must be traversed, these shoes are the only way to go—breathable with protection. I say this style stands up to the battle.

Here are a few pairs I captured on the street in Nice.

Which one is your favorite? What do wear when you go into battle?