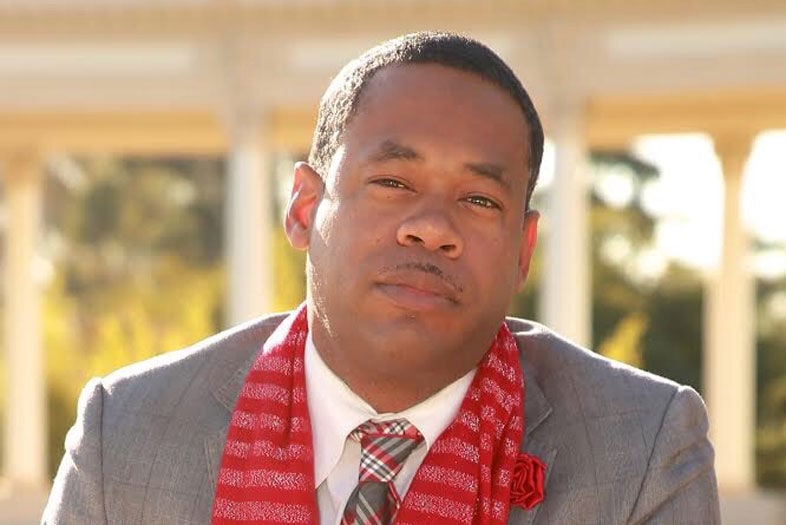 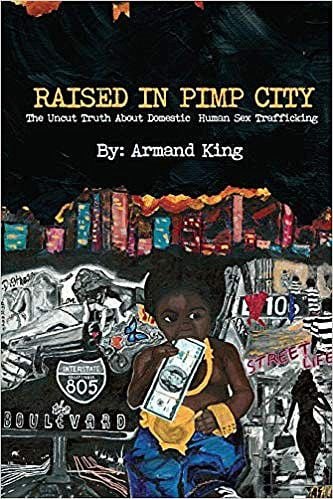 Armand King is a well-known leader in San Diego—he’s at City Council meetings, galas and events for his nonprofit Paving Great Futures, and at community gatherings throughout Southeast San Diego, where he grew up. But his history is very different from his life today. As a teenager, he became involved in San Diego’s sex trade. He details his history in a new book, Raised in Pimp City, which is now available on Amazon.

I spoke to King about his youth, his nonprofit, and how to end sex trafficking.

Your book is called Raised in Pimp City. Why is San Diego "pimp city"?

Looking back and analyzing my life and my peers life growing up in San Diego, I can’t help but recognize how we were groomed into the subculture of pimping and prostitution in this city. We were the products of the crack epidemic of the 1980s and a heavy gang culture of the 1990s. Those options had quickly become the target of incarceration and death. The next feasible thing for us was pimping and prostitution. In the mid-'90s San Diego experienced its largest epidemic of pimping and prostitution from its urban communities. Southeast, East County, City Heights, North Park, National City and Oceanside were just some of the hotbeds. Hotbeds of trafficking that soon spread into the suburbs. The border was not the source of this form of trafficking. This was organically grown here in America's Finest City. Many people are becoming aware of this "Human Sex Trafficking" epidemic now as if it’s new. In reality San Diego saw its largest epidemic from around 1996 to 2006. For over two decades San Diego was Pimp City.

2. What is it about San Diego that made it so heavily involved in sex trafficking?

Thanks to our tourism, military, great weather and a lost, poorly-educated and underserved population of people without realistic opportunities, we quickly became one of the producers of pimps and prostitutes for the country. San Diego is filled with the two largest populations of sex buyers: the US Millitary and upper middle class wealthy white males.

Other cities had more problems with gangs and drugs. Does San Diego's sex trade replace that?

Urban communities of San Diego have always been like the younger sibling to Los Angeles gangs and the Bay Areas drug culture. We are definitely a hybrid of both. San Diego has always produced a culture of what we call "players." This quickly became a culture of pimping once it became promoted in media and in California music.

How did you get involved in this life?

I was 16 going on 17 years old when a group of my friends first saw the HBO documentary Pimps Up Hoes Down. To our young minds it seemed like we had finally discovered an option for our lives and a way out of the poverty that we had grown up in. By 17 I was sitting on a bus stop on El Cajon Boulevard watching my best friend send off his first girl to turn her first date with a trick. A girl that I had been friends with since I was 13 years old. A white, blonde haired, blue eyed girl who grew up in North Clairemont and came from a two-parent nonabusive home. She wasn't forced into the lifestyle nor did she financially need to be. At this point in time in San Diego, pimping and prostituting was the in thing and the streets were attractive.

How did you get out of it?

I'm asked often on how I got out of the game. The answer isn't complicated or some big life changing event, but rather the simple fact that I was able to live long enough to see the lifestyle I was involved in for what it was. It was toxic. Out of eight of my closest friends, I am now one of four who is still alive. In this life I have lost nearly everybody that meant something to me. I am lucky to be standing here to tell my story.

What are you doing now?

I am the co founder of a non profit Paving Great Futures. Fueled by my experience in the streets, I now serve as a shepherd to guide others out of the prison pipeline, criminal activity and domestic human sex trafficking, a life I know all too well. I feel my mission in life is a path set out for him by God with my only goal being saving lives from the many pitfalls that I have witnessed myself growing up in underserved communities in San Diego. My time now includes creating and implementing new programs serving former gang members, criminal-justice-involved- and high-risk youth. I work as a court consultent and expert witness on human sex trafficking cases as well as train people involved in the anti-sex-trafficking movement throughout the country. I serve on boards and task forces on law enforcement relations, human trafficking, and victim advocacy issues. I started serving on the Child and Family Strengthening Advisory Board for the County of San Diego. I conduct community outreach for at-risk individuals. I also serve as a Credible Messenger and Mentor to young adults and juveniles on probation or in custody. I draw upon my direct experience with the criminal justice system, including incarceration and the challenges of re-entry, to guide others. For many years I was misguided by the streets and helped to misguide others, not realizing the detriment of my actions. Life for me is now filled with rewriting my past but helping others pave a greater future.

Is the sex trade still going strong in San Diego today? Why or why not?

As far as the communities that I grew up in, it has slowed down tremendously. I remind you that I am only talking about the pimp and prostitution subculture that comes primarily from the inner city. There are many forms of sex trafficking but I am an expert on urban domestic sex trafficking. It has slowed down a lot with the emergence of the internet and the changing of the laws that are now targeting the people involved in the game. In the '90s and early 2000s law enforcement knew of pimping and prostituting was going on but it was not a priority for them. Now it is. There are a few different reasons that the game has slowed down and changed. Most of it had to do with the people who were majorly involved discovered its detriment and decided to move on. There are still misguided youth that are entering into the lifestyle. This is because the root source of the problem is still not being addressed as much as the incarceration side. The root of this problem in my community is the lack of resources, opportunities, and poor education. When we start to aggressively fix those problems we will truly see a huge decline in not just trafficking but many other economic-based crimes.

What do you tell people who are still involved?

When I talk to people that are still in the lifestyle I tell them about the detriment of the lifestyle. I also tell them about the current laws that are in place and the amount of prison time that they are facing. Another thing my team and I do is talk to them about the transferable skills that they possess from the game. Often times people stay in because they don't believe that they can be or do anything else. I like to show them the traits and skills that they have gained and how they can apply them to the legit professional world. They are often sharper than Harvard and Yale graduates.

Some people think sex trafficking isn't as bad as the drug trade—what do you say to that?

In recent days of this big Human Sex Trafficking awareness push I’ve heard a bunch of statistics thrown out there on the industry that are in no way actual facts. It's impossible to get these stats. These are, in fact, educated assumptions. Assumptions that are repeated verbatim for some reason or another. I recommend people to stop being headline readers only and get to the source. One of the questions that I'm asked often is if sex trafficking is as big or bigger than the drug trade. My answer to that is simply, I don't know and honestly nobody truly knows.

What would it take to end it completely?

To end sex trafficking completely then we must end poverty. As long as there's poverty there will always be sexual exploitation.