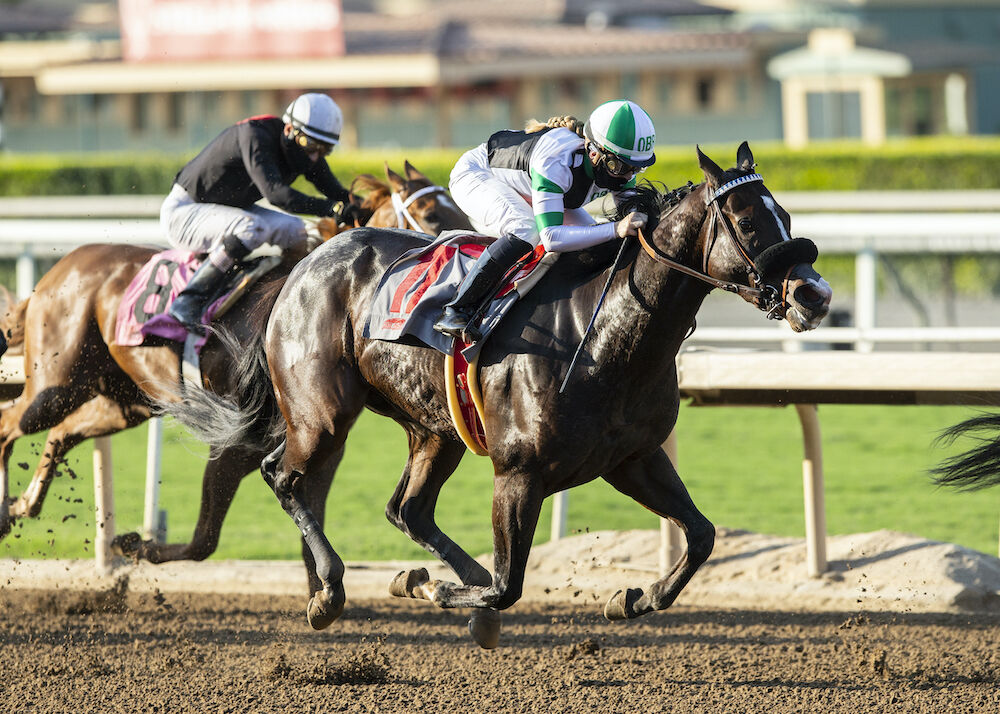 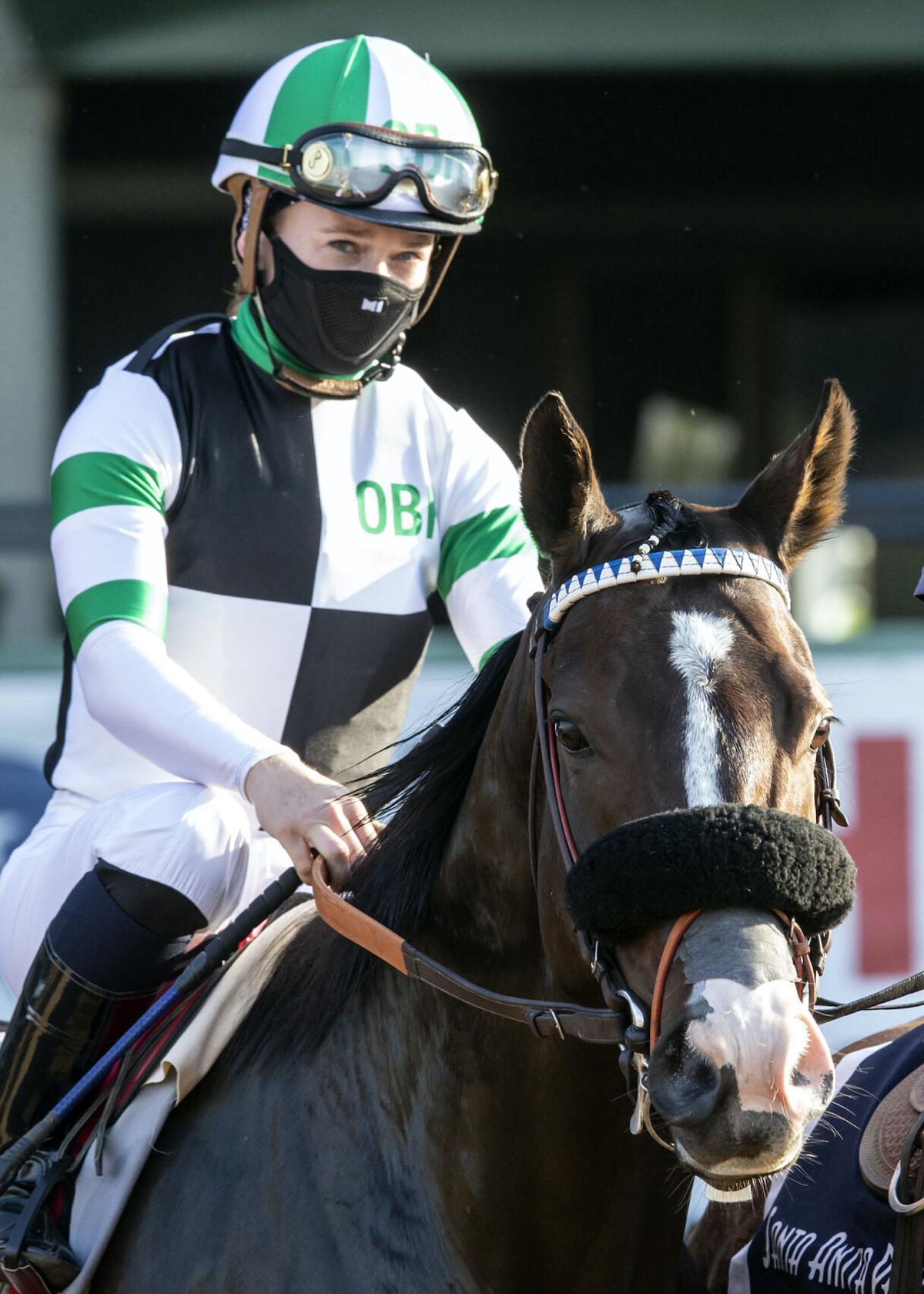 To be a lawyer or to be a horse jockey? That is the question Jessica Pyfer, 22, was asking herself out of the gates after college. And though she took the LSAT, the racetrack won out.

“I wasn’t really searching for this to be my job,” she says. But she had the right pedigree. Her stepfather is horse trainer Philip D’Amato. Her mother is a longtime exercise rider, who had Pyfer on the saddle competitively at the age of four.

“I’ve probably ridden a horse every day of my life,” says Pyfer, now an apprentice jockey. She made her local racing debut at Del Mar Racetrack last year. This month she returns to her “second home” for the summer season, which runs July 16 to September 6. For the first time in San Diego, she’ll hear the cheers of a crowd—something she got only a taste of at Santa Anita Park, once COVID-19 restrictions were eased in the spring season.

“When fans finally came out, I had no idea what to expect. It was amazing. The roar motivates you. Del Mar is going to be amazing.” Like most California-based jockeys, Pyfer sees no off-season. She’s constantly rotating between the state’s four racetracks: Del Mar, Santa Anita, Golden Gate Fields, and Los Alamitos Race Course.

And while the horses don’t race every week—just every three to four—jockeys do. Pyfer spends Friday through Sunday in her silks, and may compete in up to eight races per day. The physical demands can be grueling, which is why she has a regimented training schedule during the rest of the week. She begins most mornings with a warm-up ride, then watches race tapes of horses she’ll be riding. She also has strength training sessions targeting her legs and core (translation: a lot of wall sits) and endurance training.

“There’s a difference between being fit and being racing fit,” she says. “It might be a two-minute race, but you’re using all of your muscles for two minutes.” Pyfer is the first to bring up the elephant in the stable: “Everyone says men are stronger than females.” Considering women comprise only eight percent of jockeys in the US, she has something to prove. To be clear, though, she says she has never experienced mistreatment in her sport.

“I feel like everyone wants to help me because we’re family,” she says. And she knows what you’re thinking—yes, her stepdad is a trainer. But she had to prove herself to him before he went all in on her training. “He didn’t want everyone saying, ‘She’s only winning because her dad is putting her on horses.’ I started winning races for other people and then he started putting me on more horses.”

Convincing trainers you’re worthy of riding their horses is a huge part of the job. And it’s why jockeys hire agents. Pyfer has one, but she also gets a thrill out of lobbying for herself. It’s a delicate art that requires both confidence and humility, considering the jockey’s place in the sport.

It’s kind of like getting your driver’s license, with a lot of networking in between.

1. Have a lot of horseriding experience.

2. Apply for a jockey apprenticeship license (age 16 or older).

3. Network with trainers to race their horses.

6. Apply for a jockey license.