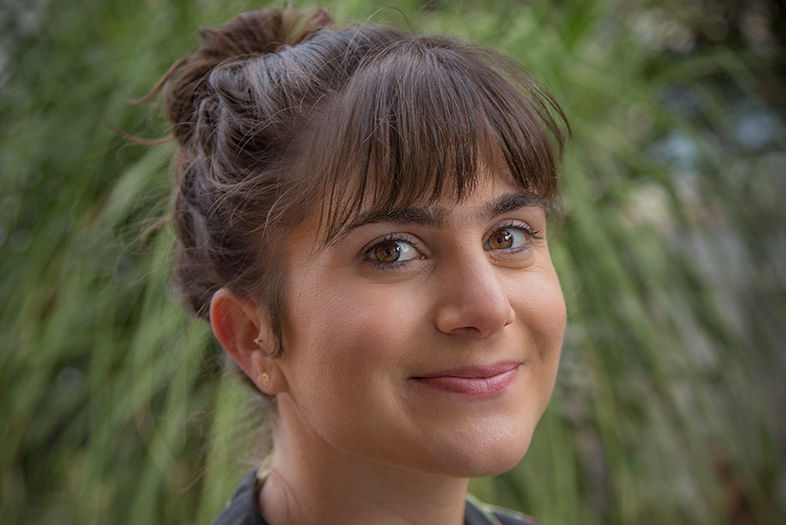 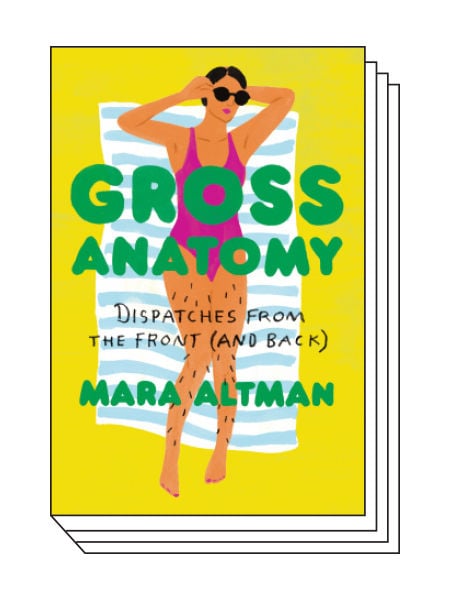 After more than a decade in New York, Thailand, and India writing for outlets like the New York Times and the International Herald Tribune, author Mara Altman is back in her native San Diego and exploring the human body for her latest book. In Gross Anatomy, out this month, she offers a candid, hilarious examination of PMS, pubic hair, labia, and other anatomical wonders. Raised in San Marcos and now living in North Park, the 36-year-old new mom chatted with us about moving back, what continues to gross her out, and how her twin babies may inspire her next nonfiction.

What drew you back to San Diego?

I didn’t necessarily want to come back. I was in love with New York. But I brought my husband out here every Thanksgiving, and he really fell for San Diego. Eventually we thought we’d get back here, but then the twins happened, so we sped up the plan. One kid is doable in New York, but how do you take two kids up a walk-up? Now I’m totally in love with San Diego. Having more space is great. People are really nice. You don’t have to put coats on babies. There are artichokes growing in the backyard. People are basically wearing pajamas to walk their dogs.

You name-drop a few local cafés, like Caffè Calabria, in the acknowledgments. Any new favorites?

Coffee shops that allow people to stay and work with one or two cups of coffee are amazing. They were allowing me a space to be creative, really like a writing colony. I’m writing more from home these days, but we have so much neighborhood pride. Our favorite restaurants are walking distance. I like the new Taco Stand, Dark Horse, and Tribute Pizza.

Your first book, Thanks for Coming, was about orgasms. This one is about the body, particularly the female body. Where did your curiosity come from?

It was partly my parents, who are so open and natural. When people began doing things to their body, I viewed it as unnatural—whether it was putting deodorant on or dyeing your hair. The stuff I investigate in the book—body hair, sweat stains—I’m wondering why it’s so horrible to be caught in that way. In some sense it desensitizes my shame. I’m not afraid to talk about anything I wrote about in the book. But do I want someone to come up to me and find my chin hairs, take a picture, and post it on Twitter? Probably not.

Why do you think these natural things are loaded with shame?

It’s probably a ton of little things that have added up over hundreds of years of humans being humans. It’s advertisers telling people they have flaws to sell them a product to fix that flaw. I talked to a lot of women gender professors who think it comes from the patriarchy. Anything that makes women powerful—vaginas, big labia, hair—they turn into a weakness, and the more we feel ashamed and disempowered, the less we can actually do. How many amazing, smart, talented, beautiful friends do I have that will spend so much of their time unhappy about how they look? And I do it too. It’s so much time wasted, when all that time can be used toward something productive and joyful.

Have you found a happy medium?

It’s about doing the things that make me feel most who I am, not out of fear or shame. I don’t want to get a boob job because I think everyone’s going to make fun of me if I don’t, but because I think, "That’d look really good on me and I like that." I got that from talking to my mom. She was all natural and felt empowered. But to find out she had been bleaching her mustache, it was like, "Huh, how does that work?" It was about how she felt most comfortable. She’s okay with long hair on her pits and legs, but she wanted to bleach her mustache.

It’s insane! Your boobs seem like meat bags, then all of a sudden they make sense. They’re making food. People call stretch marks your warrior stripes. "You earned them!" And I’m like, "Didn’t I earn not to have them?" I’m working on accepting them. And I’m really fascinated by teeth. All of a sudden there are things that come through your gums? I’m also interested in routine. Babies work well when you get them on a schedule. You can see how they fall apart if they’re tired. I wonder about adults on a schedule. We might not realize how much our lack of sleep affects our moods. Seeing babies grow up is this magnified look at the human experience.

Is there anything anatomical that still grosses you out?

I’m a rubbernecker for gross things. I have an interest in the things I’m uncomfortable with. I still don’t love my body hair, but I’m okay talking about it. My sense of self doesn’t have a beard involved with it! There are things not in the book, like being with babies. They slobber so much. Saliva, what’s the deal, seriously?