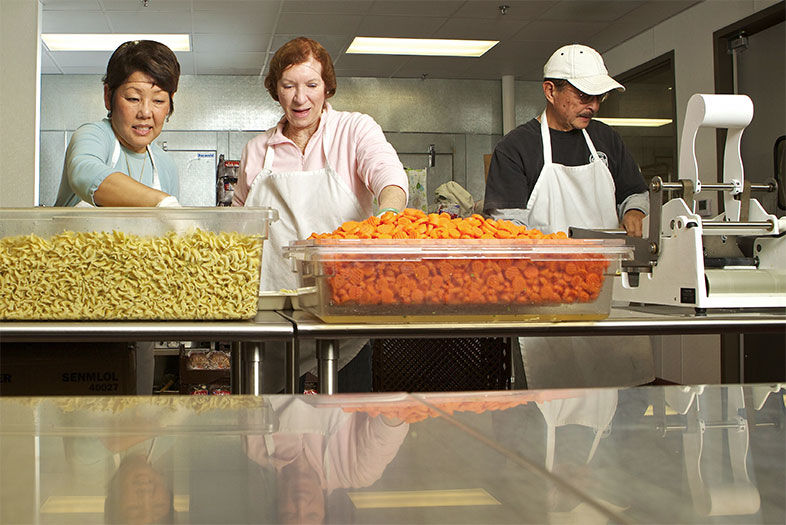 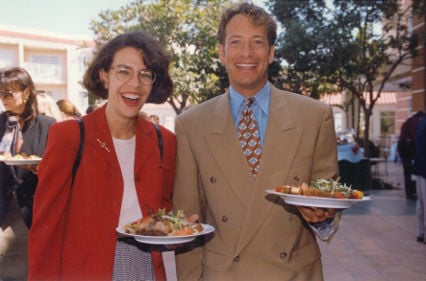 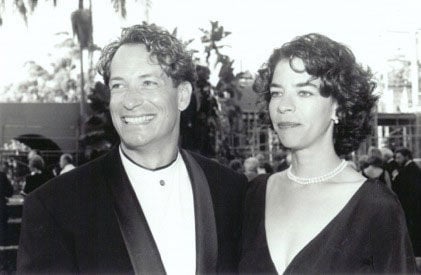 It all started with pancakes.

For several years running, Mama’s Kitchen held an annual pancake breakfast fundraiser on the morning of the San Diego Pride Parade. As vice president of Mama’s board of directors in 1992, I was assigned the dubious honor of first shift working the griddles in the kitchen of the old Montana’s Grill in Hillcrest (now Baja Betty’s).  After hours of flippin’ flapjacks, I came up for a breather and a friend in  then-Mayor Susan Golding’s office introduced me to her bestie, Indra Gardiner. Back then, she said we’d "hit it off "and, almost 25 years later, I’d say she was right.

While I’d heard good things about Indra for years, and we had even crossed paths working on the San Diego Zoo account while at different agencies, we’d never met in person. Nothing prepared me for the smart, funny, sweet and sassy woman who would come to be one of my best friends in the world. We hit it off immediately and soon agreed to co-chair another fundraiser for Mama’s Kitchen. Only this time, instead of pancakes, it was Monopoly.

Working together, we cajoled local TV personalities, sports celebrities, business leaders and ladies-who-lunch to gather at the Loews Coronado Bay Resort to play Monopoly. It was great fun to see bawdy Laura Buxton and always-affable Marty Levine paying rent on Park Place to stalwart philanthropist Sally Thornton (the gleam in her eye was legendary – what a woman). We raised a lot of play money for Mama’s Kitchen back then, which was turned into real money to prepare and deliver meals to people living with AIDS and HIV.

Clearly our philanthropic partnership was a strong one, and we later decided we’d make good business partners, too. Indra and I formed our first agency, Bailey Gardiner in 1995, and for 17 years we worked side by side representing local and national brands with their marketing needs. Our agency was small at first, with one employee (thanks DeeDee!) and a handful of clients starting with Tiffany & Co. – not a bad way to launch!

Throughout our Bailey Gardiner years and since forming i.d.e.a. in 2012, Indra and I have continued to support community organizations like Mama’s Kitchen. Literally traced back to our founding principles and that fateful pancake breakfast, the promise of giving back is baked (griddled?) into our corporate culture.

Along with our partner, Ryan Berman, we believe one of the core tenets of i.d.e.a. rests in the power of businesses to make a positive impact in the world. Last year, we achieved global status as a Certified Benefit Corporation, sharing this foundation on good citizenship with companies like Ben & Jerry’s, Etsy, Method and other brands recognized as standing for more than just profits.

This month, as Mama’s Kitchen celebrates 25 years of serving nutritious meals to people homebound with life-threatening illnesses, of course we had to step up. Giving back to this fine organization by co-chairing its 25th Anniversary Celebration on September 26 is an honor brings us full circle, back to that pancake where we began our friendship  shared when we at first met all those years ago.

Yeah, that Indra is one smart cookie (or pancake if you prefer.) I think I’ll keep her close.

(To find out more about the Mama’s Kitchen 25th Anniversary Celebration, click here for information and tickets.)