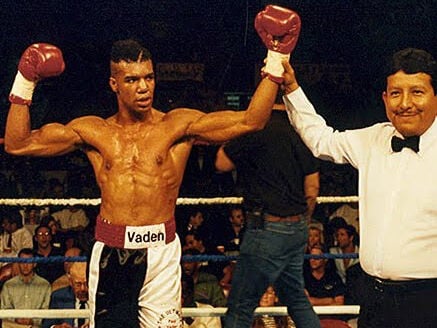 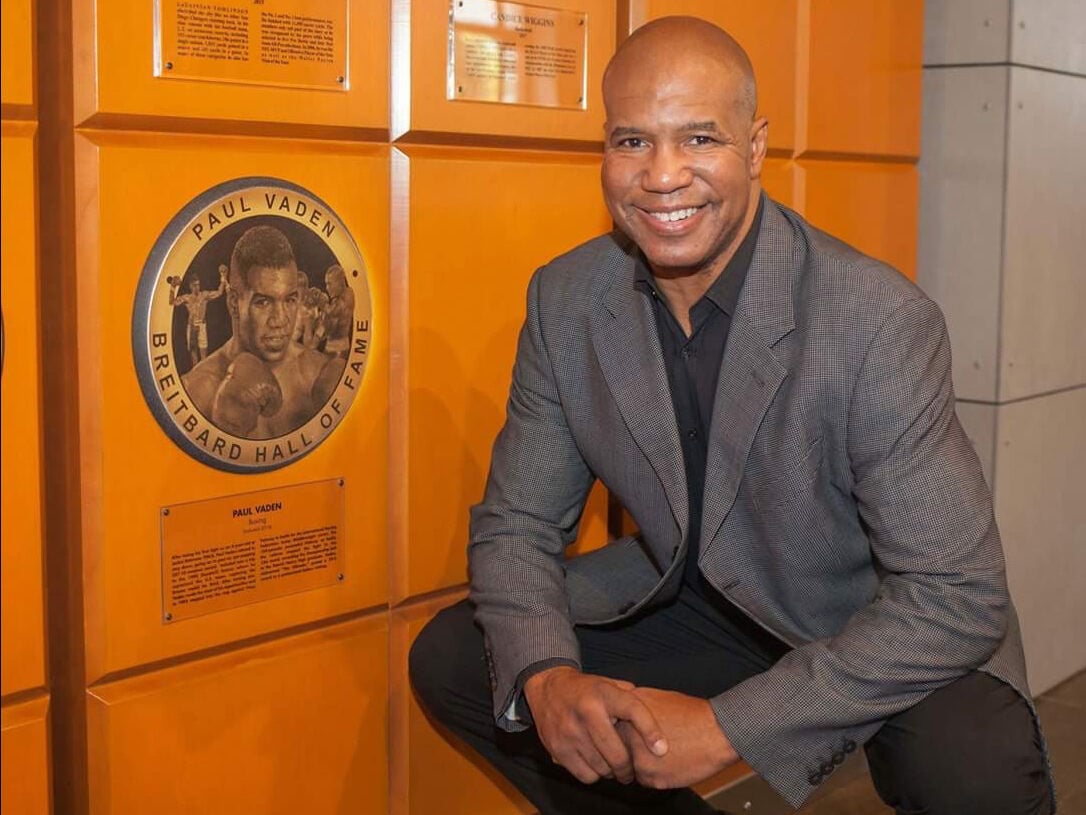 We’ve all had to roll with some punches this year, so it’s only fitting that 2020 marks the 25th anniversary of Paul “The Ultimate” Vaden becoming the only San Diegan to ever win a professional boxing title.

Growing up, Vaden honed his skills in Southeast San Diego’s Jackie Robinson YMCA, in a boxing ring donated by legendary pugilist Archie Moore. He could’ve easily made the 1992 Olympics, but eschewed them to go pro. When he scored a technical knockout against heavily favored Vincent Pettway in the 12th round of a 1995 title fight, he won the International Boxing Federation’s light middleweight championship.

After losing his belt in a unification title fight to San Diego transplant Terry Norris, Vaden’s comeback trail was fraught with untimely death—inside and out of the ring. He spiraled. But he forced himself to face his fears and fight one more time, making peace with the sport and with his own demons.

Vaden’s work ethic and perseverance, coupled with an easygoing gift of gab, make him an ideal inspirational speaker. Through his company, Answer the Bell, he trains and advises executives and speaks to groups in the corporate ring, getting raves from the likes of Steve Altman of Qualcomm, Dan Shea of Paradigm Investment Group, and Peter Seidler of the Padres.

Is it still a huge point of pride to be San Diego’s only native to win a pro boxing title?

Definitely. Twenty-five years later I’m still very proud of it. And I’m thankful that the hard work that made me a champion allows me to do what I do today. Yes, I’m proud of the boxing title, but I’m not defined by boxing.

How often do you think about the 1999 fight with Stephan Johnson, when you knocked him out and he later died?

Every day. But in a different way today than back then. That fight took me to a place of depression and hypochondria. I had to reach down and dig with the tools that made me a champion to get over that. I haven’t lost my heart, my sensitivity, or my empathy about it. But I think about it now with a stronger pulse, knowing that it knocked me down, mentally, and I fought back.

Why’d you fight professionally one more time, in 2000, after Johnson’s death?

At the time, I fought that fight not to win or lose, but to see if I was going to live or die. I’d recently lost my cousin and my uncle to suicide. Then Stephan died. I wondered if it was my turn. It was a challenging time. I lost that last fight [a 12-round decision to Jose Flores], but I discovered it wasn’t my time to die.

Was it a natural transition to become a boxing trainer for corporate executives?

I wouldn’t categorize myself as a trainer. I teach the Ultimate Workout. It’s so much more than boxing. We spend a lot of time talking about things. At the end of the hour you spend with me, if you see me as a boxing trainer then you don’t get it.

It’s about becoming the best version of yourself, and always looking to get to the next level.Paul Vaden

What’s your message when you work with individuals or do motivational speaking to corporate groups?

It’s about becoming the best version of yourself, and always looking to get to the next level. I talk about your attitude when you get knocked out, strike out, or have a particularly bad day. How do you respond? That’s what my book, Answer the Bell, is all about. It’s about working even harder after a setback.

If you were fighting today, would you do mixed martial arts?

No. I respect the hard work that takes; I just always wanted to be a boxer like Muhammad Ali.

Oh, man! Will Smith did a great job in Ali. All the Rocky movies were good—except Rocky V sucked. The Creed movies were good. But I have to pick the first Rocky. That was 1976, right when my career was starting, and the movie was pretty inspirational.

What’s this about you working on a musical play about boxing?

Yes, I’ve been working on it for years. I love music, especially Michael Jackson. I don’t want to give too much away, but I’ve always been fascinated by the idea of doing a boxing musical.